Today we have Steve Ringgenberg's obituary of Jerry Robinson. And, as ever, Joe McCulloch brings us the week in comics.

And so let's go for a stroll: Evan Dorkin posted some awfully nice looking "sketch cards" he did for the CBLDF. Over at D&Q there's another preview of Guy Delisle's upcoming book, Jerusalem.

Somehow I missed this incredible post about a 1944 nurse story by Jack Cole... or is it? I couldn't begin to tell you why I like this photo so much -- three guys, one photo, an anonymous office. It's a good set up. And on the same nerdy tip, here's an article over at the venerable Mindless Ones about The Daleks. Just the right dose for me.

I've enjoyed Brian K. Vaughn's comics quite a bit in the past, so the news of a new series is intriguing. All the more so since he's taking it to Image, which seems a good choice for someone who wants to own something.  Not comics, but same business model: David Berman, of Silver Jews, has begun posting the internal files of Gulas/Welch Wrestling Enterprises. Amazing. 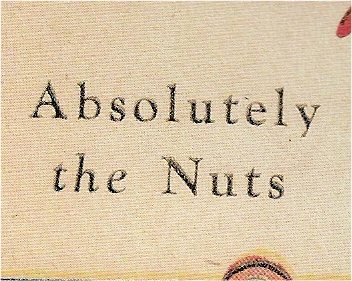 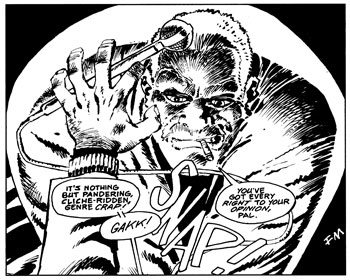