Today at The Comics Journal, we're launching ourselves into the week with comics legend Mary Fleener, who recently released Billie The Bee--her first graphic novel--with Fantagraphics. She's talking with Alex Dueben about all things comics related.

I’m kind of a workaholic. I’m always doing something. If I don’t do something, I won’t do anything. [laughs] Because of comics I got into illustration – when there were lots of magazines and they were paying people. All the Weirdo people were getting work. Hustler was paying great money. My husband had gotten laid off from work during the 90s and that’s when I was doing a lot of illustration work. Hustler saved us and paid our bills. I’ve been involved in the fine art world, but right now I’m mad at the art world and I don’t care if I do anything in the art world ever again. Because that means I have to go to LA and I never want to go back to Los Angeles. I was born there and I hate it. It’s getting worse. You can’t even drive there anymore. For years I would show at galleries like La Luz de Jesus but all these places take fifty percent of your sales. That’s something I never liked either. And then you had to ship the art which always cost a lot of money. The frames ALWAYS get damaged. It’s a lot easier to work in ink on paper and send it through the internet.

I think I was juggling a little too much and that’s why a few years ago I decided to focus on doing a book. Because I really do like cartoonists. I like talking to them. They’re interesting. They have something to say. Artists are boring. [laughs] They are so boring. Cartoonists have camaraderie. I think because comics were always looked down upon and the underground people we were always outsiders so we would cling together. Cartoonists always bitch about each other, but basically, I think everybody’s rooting for each other a little bit. I hope so.

Today's review comes to us from Tegan O'Neil. She's taking a look at Little Girls, a graphic novel published by Image that they've been comparing to Sabrina and Optic Nerve. Gutsy. It's sort of like me comparing myself to Idris Elba and Snake Eyes. Aim for the fences!

The bits with the lions and hyenas are consistently better and more interesting than the sequences of the main characters interaction with themselves. Delaine seems to have a knack for wildlife, which is to be fair a difficult topic in the world of mainstream comics, where being able to draw a horse is second only to knowing how to draw a car on the list of “Optional Skills.” The book seems unsure at times whether it wants to be something more along the lines of an explicit coming-of-age story for the two young protagonists. There’s some of that, yes, but most of the book features the two Junior detectives chasing down answers regarding mysterious happenings, and then war between gangs of charismatic megafauna.

Over at (the Eisner-nominated!) Comicosity, Véronique Emma Huxbois is writing a piece directly aimed at my heart, as it focuses on Lone Wolf & Cub and its many children. There's all kinds of bold claims being made, only a few of which are backed up, I don't care: Lone Wolf! And Cub!

Over at Book Riot, Jessica Plummer has a rundown of Power Girl's various costumes over the decades in which that character has existed. I had forgotten some of these, and like all important tragedies, we must never forget.

Smash Pages broke the unfortunate news that Ethan has just became the cooler of the two Van Scivers for the first time since there was more than one to pick from. Sometimes you just gotta say no, Noah!

Over at The MNT, Sara Century talks with Gilbert Hernandez, and he gets pretty specific about where things are going with his current run of L&R stories.

Bleeding Cool caught up with the fact that the CIA was tabling at Washington DC's Awesome Con, and the Beat went even harder in the paint with it. As someone who has worked for a large, bureaucratic type company, this is the kind of occurrence that makes me wish we lived in a world where I had a giant expense account and my own personal Seymour Hersh to send after this story: I want to know everything. I want to know who came up with the idea at the CIA that Awesome Con was a place where they'd get some good candidates for employment, I want to know whether that person was high up in the chain of command and therefore no one could say "you're a fucking moron, no" or whether the person was low on the chain of command and is possessed with such a powerful charisma that faced zero conflict when pitching this to the people upstairs. And then when they got it approved--where did it go from there? How did they decide which stock photo they were going to use for the ad, and what the tweets were gonna read like? We've got a million oral histories of when Anne Hathaway got the call that she was gonna be Catwoman--why can't the comics community be graced with the staff and budget necessary to go after the CIA? Life is a miserable, unfair place. 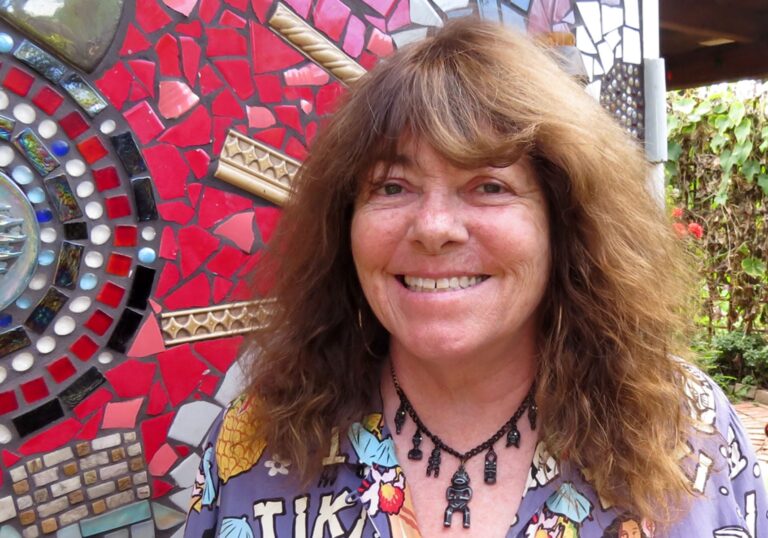 “What’s Next, Walmart?”: An Interview with Mary Fleener 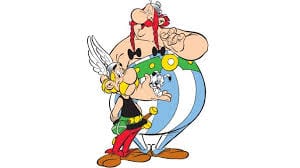