Today on the site, Bob Levin writes about Robusto!!!, a collection of subversive punk comics from Serbia, and interviews its main writer, who is known as Wostok (among other names).

Robusto!!! is set in 1993, but seems to have been published between 2001 and 2005. If this is correct, why did you wait until so long after the events that you depicted had occurred?

Robusto!!! started more like a joke, actually. I was teasing my friends Red and (Peki?) because they tried to sell a few pirate discs just to get out of some debt. Then I said, “Hey, guys, you are criminals now, hahaha! But don’t feel ashamed because you are only small time crooks and the real big criminals are employed in our government and on other important positions in our state! Then I started to remember everything that happened in previous years in our unhappy and fucked up society and than I decided to make a comic serial.

But these characters can also front, deceptively, for a monochrome industry. [G. Willow] Wilson blames "a certain amount of gatekeeping" for sustaining this status quo. "Any time you get a new creator or writer or artist, there's this question of, well, how are they qualified, especially if this person is female or a person of color. The fact is, there is not such a thing as being qualified to write comics. A lot of the best comic writers don't have high school degrees. Now we have Ta-Nehisi Coates, and Roxane Gay [the writer, also black, tapped to write World of Wakanda as a companion to Black Panther]. If you look at their qualifications — he's a MacArthur 'genius.' Gay is a bestselling author, teaching at the college level. Margaret Atwood is another public intellectual [who's been recruited]. If you're a white dude, you can just write comics because you're good at it, but if you're a person of color or a woman, you have to be a MacArthur genius or have a Ph.D. or speak three languages." 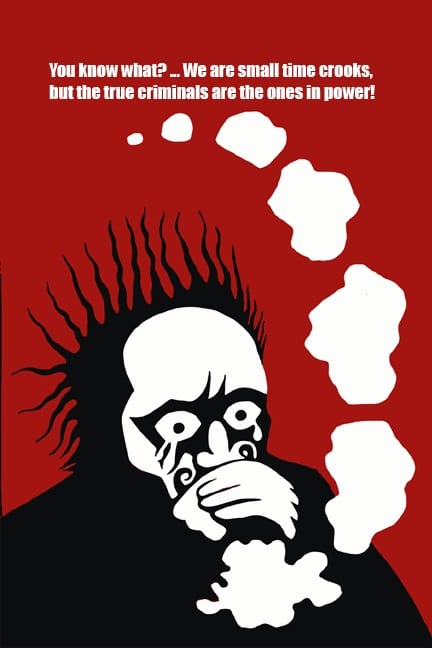 The Only Sensible Response

“And It Lasted Forever”: An Interview with Tom Spurgeon