I always try to track what sells from my comic-book back-issue boxes at shows. Year to year it is different. Five years ago, Brendan McCarthy was all the rage, since none of his Paradax work had been collected. Now, Brendan just bangs around in the boxes. Old issues of Dirty Plotte were always a safe bet. Not any more, though. Maybe people are forgetting who Doucet is? She’s just not on their radar anymore? Or they have one of her collections. There’s plenty of material that was only printed in comic book form that is worth getting. Think about all the Bible stories from Yummy Fur that have never been collected.

This year what sold most were old independent comics. Like weird old Fantagraphics or Kitchen Sink anthologies. Early '90s anthologies especially. Remember Different Beat Comics? No? It was the “we don’t know what to do era” for Fantagraphics. That stuff is harder and harder to find when I go out digging. Marvel, DC and anything pre-1970 is easy to find. But traditional comic book sized comics by independent publishers like Fanta, DandQ, Kitchen Sink, et al are harder and harder to come across. It’s funny to me that the “garbage” from the black-and-white explosion of the mid-1980s is actually fairly rare these days. It’s still worthless, of course. However, there is more of a demand for it than before.

The most interesting thing to me is how sets of the original issues (of a series) are nearly impossible to sell. For years I had a set of the original Black Hole issues for sale. It never sold. Charles Burns himself would stop by the table, at different shows in different cities to see if it sold. I just couldn’t move it. At cover price alone (for all the issues together) it was more than double the cost of the collection. I finally took it out of circulation because Mr. Burns’s stare was too much. (I had a set of the original appearances of The Rocketeer in Starslayer but Chris Oliveros broke up the set 'cause he was only interested in one of the issues that had a Steve Ditko Missing Man back up and asked me to cut him a deal.)

Oftentimes, the set of the original issues will be far less than the collection. I make sets of the first ten issues of Howard Chaykin’s American Flagg. I try and sell them for ten bucks which is less than the collection but it’s a hard sell. I get that people want nice paper and a hardbound book they can just put on their shelves. I do. I get it. What is hard for me to wrap my head around is the trend of people just not seeming to like comic books (floppies, pamphlets). They seem to like them as a novelty. It sort of reminds me when people treated vinyl records as a novelty. “Why would I want that? When I can have all my music on compact disc?” Then the vinyl records became worthless and collectors bought them up and then vinyl became collectible and, well, most of them are still worthless. But the demand is there.

I don’t know if there is still the same demand for old comic books. Vinyl records sound better than CD reissues (usually). I like the look of an old poorly printed comic on shitty paper but most other people don’t. They want it on nice paper. They want the whites of the paper to be WHITE. They want it all in one volume even if it the most unwieldy aesthetically challenged object (see Stray Bullets omnibus). Sure, genuinely rare comics are still in demand. But the comic book pamphlet format seems to be more of a challenge for non-initiates. Sometimes watching a newbie look through a comic is like watching a child trying to figure out a turntable. It’s a novelty. Which is fine! I’m just saying that I am noticing this change. They seem more comfortable with “graphic novels.” However, try selling a used graphic novel for more than five bucks. It is next to impossible. Unless it is somehow hard to find. Individual issues of comic books are more like “singles” so it seems like less of an investment of time. More of an impulse buy.

There are definitely collectors. People who do like old comics, or new comics. They might even buy the collections after they buy all the issues. Prophet collectors are like that. They buy all the issues and the collections. I was able to unload the last ten issues of the Prophet series as a set for 20 bux recently. The set of ten issues at $3.99 each cover price meant that I lost 20 bux on the deal but at least I got rid of them. Once the collection of those issues comes out it would be harder to sell that set. So I sort of lucked out. Or broke even.

At CAB, there were all kinds of different fans. Lots of old school New York comic-book heads. People asking me for the weirdest shit. “Any Marvel fanzines from the 1960s?” “Do you have any comics about saints?” “Do you have any Black comics made by Black dudes? The more racist and violent the better.” Not surprisingly, I had all that shit. (BTW the guy asking for the Black comics was African-American.)

If the weird independent comic-book-sized comics are getting harder and harder to find, it’ll be interesting if the “Copra trend” continues. Copra is very collectible. A low-print-run indy comic that is popular. I wonder if more creators will go this way in order to be part of the back issue bin instead of the used graphic novel cemetery.

Thanks for reading. Over and out. 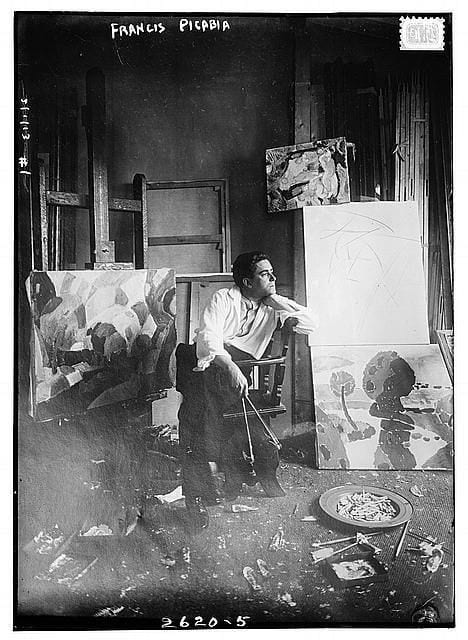 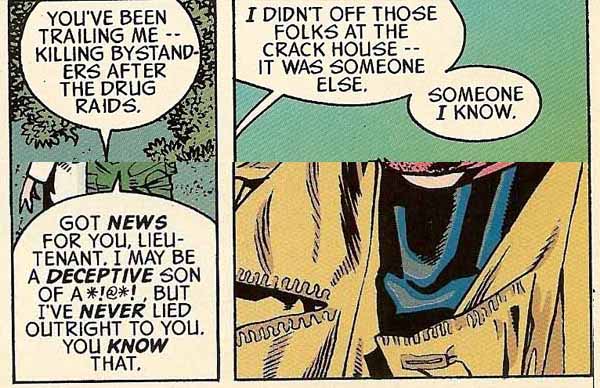 It Was Someone Else