I often have dreams of ice skating. I played ice hockey from the age of 5 until I was 15. In the dreams, I'm either just skating or I'm playing in a game. They are always good dreams - I wake up happy - and when I have them I know I am doing well in my waking life. Something about gliding around so effortlessly and fast. There is a rush of emotion that accompanies the dream too - lost youth or lost dreams of making it to the pros - I feel it all so much.

So it was a rush to skate on Snoopy's Home Ice in Santa Rosa, California. This rink was owned by Charles Schulz, the creator of Charlie Brown and Peanuts. I felt like I was dreaming - gliding around like Snoopy, skating circles around the pretty girls - completely free of worry. It is a beautiful little old fashioned rink - a kind of rustic ice palace with wood and a clock at one end. Heaven.

Next door is the Schulz museum - and after I skated for an hour or so I put my boots back on and walked over. I was feeling great and was ready to look at some of Schulz's original art for his comic strips. What I wasn't ready for were the silent tears that started streaming down my face.

I thought the tears would stop as I read some of the strips but no I just kept on crying. And then I went upstairs and there was his studio recreated in the museum replete with drawing board and pens. I began sobbing. What was happenening to me?

An old television played an interview with Schulz and his voice filled the room - I tried to tell myself that my own youth and memories of reading Charlie Brown were colliding with this present moment but that was only part of it. Sparky was the lonely guy's lonely guy - day in day out in his studio struggling. Putting it out there for the rest of us. And I felt it.

Drove away from Santa Rosa in a daze. Thought I would just find a hotel on the side of the road. I wasn't paying attention so I ended up in the wine country of Mendocino County and found myself in Ukiah, CA for the night.

Writing this in the down time before I head up to Portland and Seattle this week. (Right now I am still in the hotel in Mendocino County  - which feels really eerie and weird.) It's going to be tough to write a full report of the workshops in both places as I won't have that much time to write it all up before my column goes live on Sunday. Also, trying to recall all the great stuff that happened to me in the Bay Area before I headed up to the Santa Rosa -

Audience with The King.

I'm one of those people who doesn't really like taking photos of my travels - I learned early on that it is better to just enjoy the scenery than to always reach for your camera when there is something cool to look at. However, I am kicking myself that I didn't bring a camera along when I went over to see Dan Clowes. He has one of the most amazing collections of comics and comics related crap that I have ever seen. In an effort to out-do the master, I brought along a couple boxes of the most obscure comics just to gauge Dan's reaction. I wish I'd had my camera just to record the look on his face when he saw a copy of Judo Joe #1. "I lettered this!," he said and sure enough there was that unmistakable Clowes lettering. "Never got paid either."

So, of course, I gave that to him and a stack of other stuff that I had been saving for him. It's really fun for me to look at obscure old comics with other cartoonists because we are basically the only people that remember all the little details - who drew what and when and how. Might not seem important but it is somehow extremely gratifying to fill in the blanks. "What? You lettered Judo Joe?" (He used a fake name - I forgot to write it down.)

I also got to see Dan's new comic that he is working on - and for me, the coolest part was that he is drawing the pages as spreads. He had all the pages arranged so that he could just flip through them easily - and the thing I really noticed was how the space felt different than the usual Clowes comic book. There was a feeling of openness and depth that was remarkable just from a cursory glance. He had a Ditko two page spread above his table for inspiration and said something about invoking Ditko and Kirby in the best way he knew how. Wow. Can't wait to read this one, folks.

Tuesday I drove over Mt. Shasta - through downpouring clouds and around giant lakes. Who knew northern California went on and on and on? Everytime I thought "this must be Oregon" I was still slogging through California. Just like people who think Pittsburgh and Philadelphia are right next to each other on the map I always think that San Francisco and Portland are pretty close to each other.

Made it as far as Ashland, Oregon and found a place to flop. Ashland was straight out of a Jack London story with lumberjack looking dudes hanging around the bar. I ate a big meal and watched cable back at the motel.

Wednesday I drove again through the pouring rain to Portland. As I write this now on Saturday, it has rained or been overcast and threatening to rain since I left Santa Rosa on Monday. It's like a cartoon - my Pacific Northwest tour set dressed with rain clouds.

Portland. I had only ever passed through Portland before - and that was almost 20 years ago - so it was all new to me. The train tracks, rivers and industrial sludge of it all reminded me of Pittsburgh. There's something comforting about the sound of train whistles in the distance. An overabundance of good comic book stores also reminded me of Pittsburgh - but Portland is in a class all by itself. An embarassment of riches.

Zack Soto was kind enough to put me up and show me around for a couple days. It felt like I was there for weeks - we packed so many activities into the short time - I was overwhelmed by too much culture. Go into a sandwich shop and there is a poetry reading in progress. Go down to the corner bar for a drink and there is a burlesque show happening. I didn't know whether to cry or wind my watch. Just minding my own business one minute and getting a lapdance the next. Ahem. That's Portland.

Floating World Comics. This has got to be one of the most incredible comic book stores I have ever set foot in. But it's not just a comic book store. It's a gallery and a record store too. And it's all laid out in a way that's welcoming and warm. Jason Levain, the owner, is really on to something here in Portland. I cannot say enough great things about this palace dedicated to ART.

I was lucky enough to be invited to do my Layout Workshop there last Thursday night - and writing this now I get goosebumps just thinking about it. There must have been 35 or 40 people there! I couldn't believe it! What a comics town. Everyone showed up READY to talk comics.

Tough crowd at first - this town has seen it all and it took a good five minutes of chopping wood to get a break. But I can shuck and jive with the best of 'em and soon I had 'em hooked! This is such an exciting time to be a cartoonist. It didn't take much to work them into a fever. Comics are THE ascendant artform. We are the ones who are making the most exciting art. We are dusting the competition because it is a real community of readers, writers and makers who care about the form - no one is in it for the money or glory. It's a golden age and we all know it.

So the talks have become less about the rules of making comics and more about comics language and the agreed usage of it in 2012. Take a look at any bookshelf of comics and there is every size and shape of book. It's madness. Everyone is using different "time signatures" and none of us can agree what the unit of measure is. Is it the panel or is it the page? Or maybe the spread? But what about when you reconfigure a spread for a scrolling blog? Do you compose "reveals" differently for the blog?

This is moment in comics history that is so unique because of all the different entry points that exist to attract readers. Text and image - comics - is the internet. We are the masters of text and image. We rule the web.

Thanks to everyone who came down to the Floating World signing. Thanks again to Jason Levain and Zack Soto. These guys are really making it happen - providing a real world and virtual world platform for comics unlike none I have ever seen before. Thank you everyone who came up and talked to me afterwards - it was really gratifying to meet everyone, especially folks I've only known online. One of my best students was also there: Ryan Dirks.

Seattle report next week. Typing this now just after doing workshop talk at Fantagraphics Store. Went incredibly well and I will tell you all about it later cuz I am exhausted! Over and out.

Check out this great little video that Chris Diaz made of me doing my talk in SF. 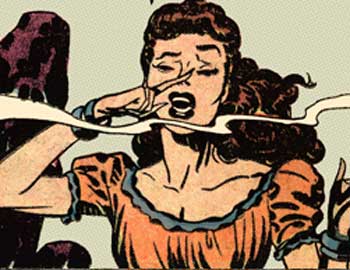 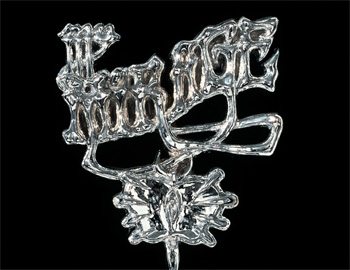