Today on the site, Kim Jooha returns with the first installment (or second, depending on how you look at it) in a series of interviews with Toronto-area cartoonists and other members of what is called the comics community. This time, she speaks to artist Patrick Kyle.

I have been frustrated with reviews of Don’t Come In Here. People say, “Oh, it’s about being alone and sad in modern society!” Yes, it is, but also there’s much more-

People will either get it or they are not going get it. It doesn’t bother me.

I mean, your work is unique in how you present your ideas visually, but I think you don’t get enough credit for it. I worry that critics don’t have enough or good understanding. It's sad because we should cultivate this kind of work that studies visual language and representation. I want to see more work that takes care of these aspects of comics.

Thanks, I appreciate that a lot. I think a lot of people who follow me are more interested in me as an artist or an illustrator, and maybe don’t really know me for my comics work, and I don’t often feel like a comics artist. I’m part of that world, but I feel like most of the artists that inspire me are making fine art or illustration and are not completely comics work. Honestly, I haven’t been reading a lot of comics recently. I feel a little disconnected from the comics world, but also it doesn’t bother me.

I was wondering if you get frustrated—

No, not at all. I’ve been really lucky in my career. I’m not the most famous or popular artist or whatever but I don’t know, who is? It doesn’t matter. I would still be super-lucky to be in this situation I’m in.

I have such an amazing publisher, mentor, support from Annie [Koyama]. I’ve just been really lucky in the school I got to go to; the space that I live in; the peers I came up at the same time with. I feel so thankful for all of that. But if that support system wasn’t there, I’d still be doing all this stuff. It'd just be in a different way I guess. I don’t know if I would’ve found a publisher necessarily if Annie hadn’t known me.

We also round out the week with Day Five of the Cartoonist's Diary of Vassilis Gogtzilas.

—Over at the New York Times, George Gene Gustines writes about Paige Braddock's decision to put her strip Jane's World on hiatus.

The comic ... culminates with Jane and Dorothy sealing their union with a kiss. It ends on a note that shows how much times have changed since the strip first began. “When I started the comic, two women could not have been married; it would have been pure fiction,” Braddock said in a telephone interview. “This shows how much has changed for the L.G.B.T. community in 20 years. It’s sort of staggering.”

Braddock’s strip faced early rejections. One criticism was that “it wasn’t gender-specific enough,” she recalled. “Back in the ’90s, a comic about a woman had to be about topics that women would be interested in: kids, family, husbands and bathing suits,” she said. Undeterred, she began posting her cartoons on her own website as “See Jane” in 1995 and it built a following as it evolved into “Jane’s World” in 1998. The strip was published in some alternative weeklies and received a tryout in The Atlanta Journal-Constitution, where Braddock once worked as an illustrator. In general, however, “mainstream papers considered ‘Jane’ too radical,” Braddock said. “I sometimes think I was just 15 years too soon.”

—At the Nation, David Hadju writes about Jason Lutes's Berlin.

Jason Lutes dedicated over 20 years to the making of this work of more than 550 pages of nuanced, exactingly rendered pen-and-ink drawings and dialogue. (According to Lutes, he was inspired to write about Germany between the wars after reading an advertisement for a photography book dealing with the period in The Nation.) He was not yet thirty when he started the first volume, and he was over fifty and the father of two when the final book was published this fall. Lutes spent the time well, crafting multidimensional, true-feeling characters in a set of stories connected by the unstable circumstances of their time and place. The events surrounding them are historically factual: the fall of the kaiser, the launch of the Hindenburg, the debates over Marxism in Marx’s homeland, the sexual and cultural freedoms of the Weimar age, and the rise of Hitler and the Third Reich. What Lutes contributes to the exhaustively documented, utterly familiar history of this time is a set of fictional characters from everyday life who ground the period with such intimacy and so much veracity that we feel as if we’re seeing it through new eyes, observing it so closely that we feel it directly. 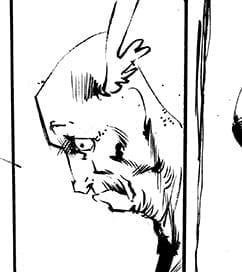 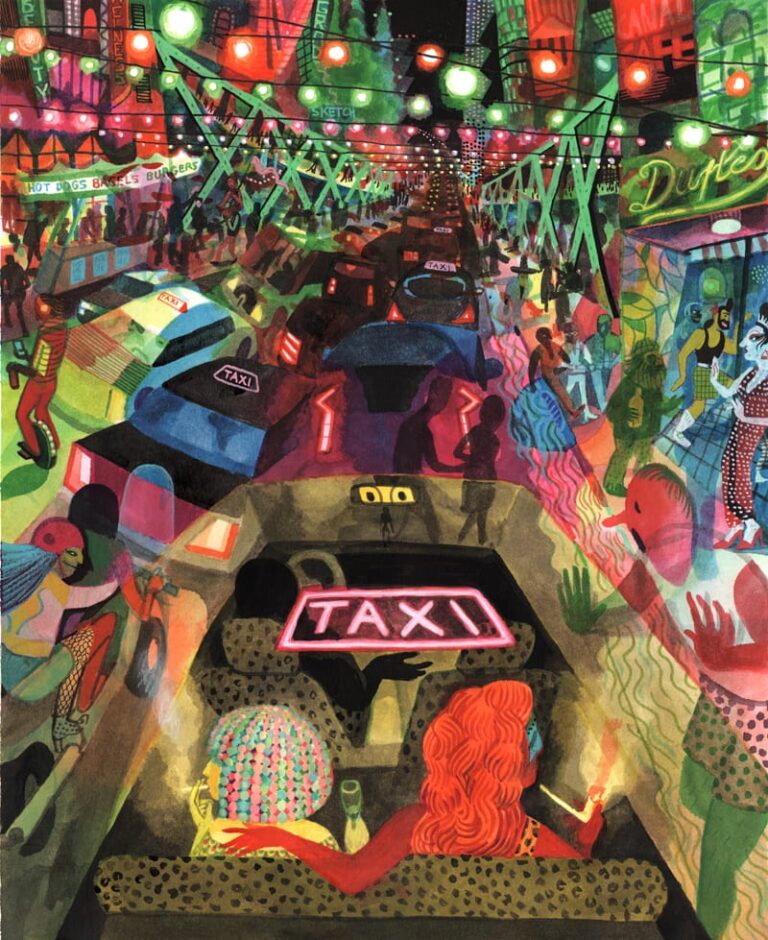 Painting the Town with Brecht Evens