The more of these capsule reviews I do, the more convinced I become that reading webcomics completely at random, relying only on links people send me, is the closest I can get to the platonic webcomics experience. It would be mere human arrogance to try to apply order to the seething chaos of the Internet. So if you want me to review your webcomic, email TCJ with a link. I can guarantee nothing. The Internet makes no promises.

Trey gets caught cheating on his girlfriend Jalissa, moves in with his player buddy Rasheed, and licks his wounds with a circle of twenty-something slacker pals. While the usually uptight Trey’s friends distract him with beach parties, strippers, and a music-video project (which naturally requires auditions for sexy dancers), career-focused Jalissa’s friends try to show her a good time and convince her to forget Trey. Bad advice flows like wine, but Jalissa and Trey can’t seem to shake each other. Meanwhile, the gang deals with everything from jail time to job woes to an evil rival video director.

Drawn in a standard black-and-white comic-book format, The Dog Years wears its visual influences on its sleeve: there is no question that Drayonis is a fan of the great rubbery expressionist Kyle Baker. But copying Kyle Baker is never, ever a bad idea, and The Dog Years rises above most semi-autobiographical comics about directionless young people by focusing on visual performance and slapstick comedy. The pages are overly busy in the beginning, but over time Drayonis evolves a cleaner, looser, surer look. In its most recent issues in particular, this is a damn good-looking comic.

Subtlety is not its strong point. The women are all super hot and drawn in nonstop sexy poses, with butts and boobs all over the place—although, to be fair, the male characters are all cut, and Trey is a very attractive hipster nerd. Conflicts balloon into over-the-top battles, characters strike poses that would be extreme in a Warner Brothers cartoon, there’s a lot of sexist banter, and at one point there’s a mud-wrestling scene. But it’s lively and funny and full of smart dialogue. Drayonis gets into some of the serious issues facing young black people—the lack of opportunities or clear direction for men, the way women have to become tough as nails to survive. And then he’ll do an issue about an epic strip club fire. The Dog Years is never boring. 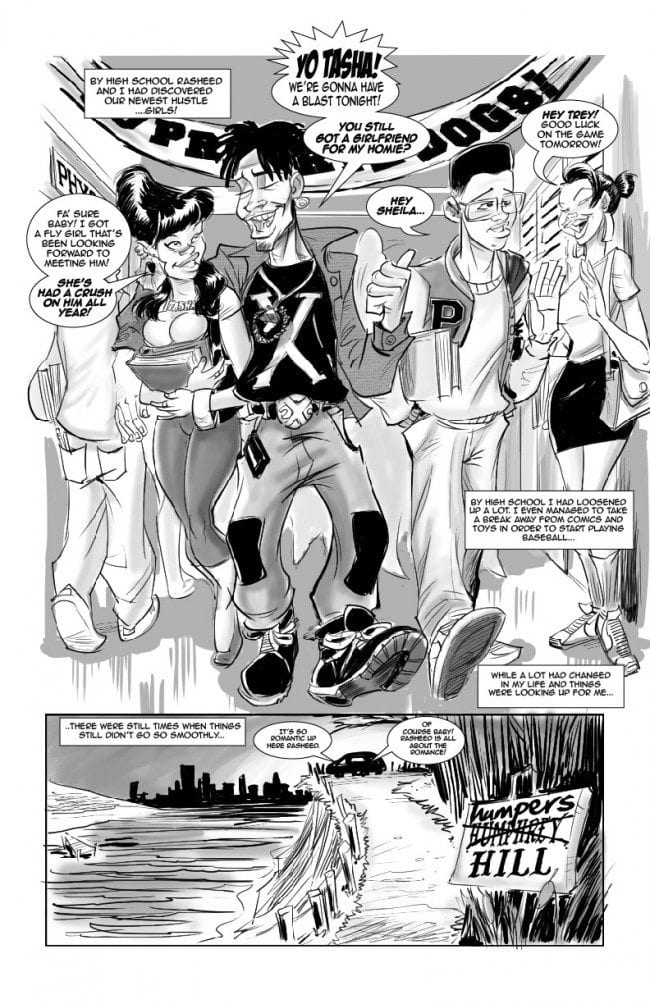 I love Monica Gallagher, whose autobio minicomics—Boobage, When I Was a Mall Model, and Go for the Eyes—are like instructional pamphlets for third-wave badassery. And I also love Roller Derby. (Tip of the helmet here to my Skin Horse colorist and graphic designer Pancha Diaz, who works the support staff for Bay Area Derby Girls as Pancha Villa.) So it’s more or less inevitable that I’d be incapable of disliking Bonnie N. Collide, Nine to Five, Gallagher’s four-panel, black-and-white Roller Derby comic strip.

Bonnie is perky Derby girl with day job at an office, where she continues to wear her roller gear at all times. Like many protagonists of niche webcomics, she is defined by fanatical devotion to her recreational interest of choice. The strip gets nerdy about the details of Derby culture and the rules and strategies of the game, but as it continues it also delves into the characters’ relationships and non-work, non-Derby lives. Supporting characters like Bonnie’s geeky office crush Stuart and her well-intentioned werewolf coworker—this is a webcomic, after all—develop over time.

The art starts awkward and uneven, with characters often drawn out of proportion to each other, but steadily improves, with firmer lines and stronger layouts. (Gallagher’s recent art, both here and in her graphic novels for Oni, is very good.) One problem with the comic is the awkward site navigation: the strips are displayed small on the main page, so for each one the reader has to click through to a larger version and then back. Overall, the gags are only mildly funny, but the characters are likable and increasingly well developed, the art appealing, and the subculture much more interesting and fun to look at than that of most niche webcomics. (Seriously, would you rather look at this or two guys on a couch playing video games?) Or maybe I just really really like Roller Derby. And Monica Gallagher.

Set in Big Bend National Park in Texas, this educational black-and-white comic runs in the newsblog West Texas Weekly. Jack the jackrabbit is lost in the desert, separated from his burrow. His life consists of dodging predators, foraging, and staying out of the rain, and for the most part he’s fine with that. Along the way he meets Mel the paranoid kangaroo rat, who fantasizes about the vast predator conspiracy and dreams of someday breaking free of the food chain. But Jack is more pragmatic and takes pride in simply running as fast as he can: “If I’m going to be prey,” he says, “I might as well be good at it.”

The ongoing adventure story designed to showcase the ecology of the Texas desert and animal behavior. Jack meets foxes, coyotes, earless lizards, spadefoot toads, pocket mice, and other native desert species, who chat about their behavior and life cycles. Chris Ruggia’s depictions of the animals are cartoonified but basically anatomically accurate, and, even though they talk and have personalities, he anthropomorphizes them as little as possible. The more human they act, after all, the grimmer their roles in the desert ecosystem seem. “Nobody wins,” Jack observes at one juncture. “We just all get eaten.”

Jack is a sometimes rough but often promising foray into the potential of webcomics to educate and explore scientific ideas. Unfortunately, it runs very sporadically; since the strip started in 2005, a total of 58 pages have been posted, only four in the past year. At this rate, it’s going to take Jack a long time to get across the desert. 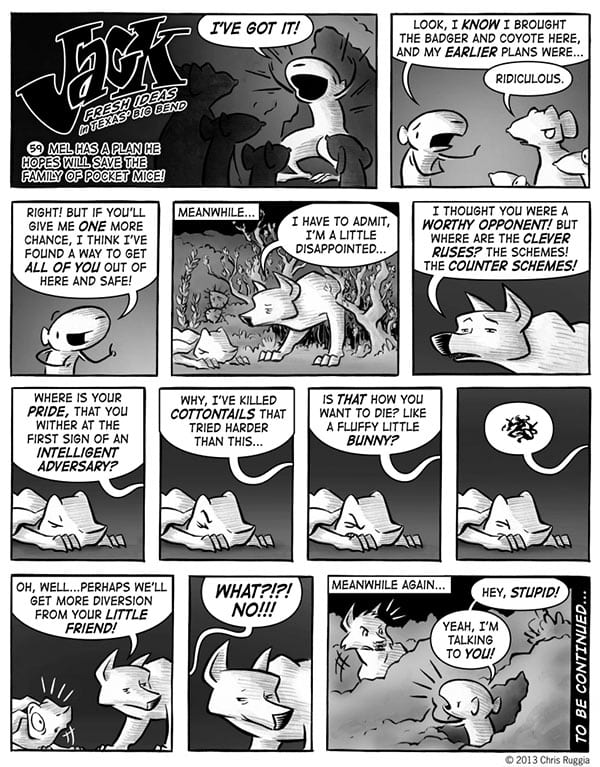 Feral Boy and Gilgamesh at the End of the World
N. Pendleton

Here’s a nifty formal experiment: Feral Boy and Gilgamesh comprises multiple comic archives, each approaching the material in a different style. In each archive, the title characters are a little boy in a gas mask and a telepathic bulldog who live in a post-apocalyptic wasteland, Harlan Ellison-style. Having escaped the Breeding Pits, they giant snakes, dinosaurs, land sharks, and weird mutant monsters of all shapes and sizes.

Series 1 tells this story in four-panel newspaper strips with a strong Bloom County influence. Series 2 is a coloring book with one-panel cartoons and activity pages. Sample activity: “Only normal ground fish are fit to eat (defective ones will give you brainworms). Find the fish that don’t match the others and throw them back by marking them with an X.” Series 3, the currently updating series, is a graphic novel formatted as a conventional action comic book. So far, Series 1 is the most interesting of the set, with the comic-strip format providing a nice contrast to the bleak and bizarre subject matter. But together, the various series provide N. Pendleton the opportunity to draw monsters, blighted landscapes, and vicious little kids in every possible way, which seems to be the point. This is a comic worth checking back on every couple of months just to see what it’s up to this time. 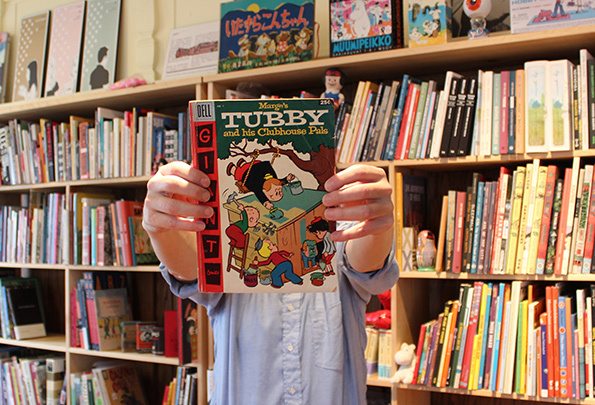 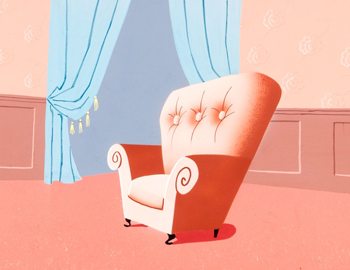