Joe McCulloch's final Week of Comics! column in its current form has grown "too insane" to publish this morning (according to Joe -- I'm sure it's great), so we have one more day to savor our wait for the finale. In the meantime, we have a new review by Rob Clough critiquing Ethan Rilly's Pope Hats #5.

Much of this story is about personal agency when faced with a culture that steamrolls indecision. Fran's integrity and lack of interest in playing the game of climbing the ladder (in part because she is too busy keeping herself busy to even notice that there is a ladder to climb) draws the attention of the scheming partners of the firm, with the mammoth Marcel Castonguay being the shrewdest and weirdest. Rilly has firmly settled into his own mature style, utilizing a cartoony, clear-line approach similar to that of Harold Gray's Little Orphan Annie. There are dot eyes, single lines for mouths, and in the case of Castonguay, blank circles for eyes a la Daddy Warbucks (by way of the Kingpin). That character's bulk plays a key role later in the story that emphasizes the larger-than-life nature of the character. The design for Fran herself is elegantly simple: perpetual pony tail, dowdy sweaters, slightly slumped shoulders, and a facial expression that rarely changes. That seeming blankness belies the stewing turmoil within, but it also allows the other characters to fill in what they want to with regard to Fran. Her only seeming friend at the firm turns on Fran when she learns that she is about to get a massive promotion, thinking that Fran is a schemer like everyone else.

The superhero stories Kirby created or inspired have dominated American comic books for nearly 75 years and now hold almost oppressive sway over Hollywood. Kirby’s creations are front and center in the Marvel Cinematic Universe, but his fingerprints are all over the DC Cinematic Universe too, where the master plot he created—the cosmic villain Darkseid invading earth—still looms large. It was Kirby who took the superhero genre away from its roots in 1930s vigilante stories and turned it into a canvas for galaxy-spanning space operas, a shift that not only changed comics but also prepared the way for the likes of the Star Wars franchise. Outside of comics, hints of Kirby pop up in unexpected places, such as the narrative approaches of Guillermo del Toro, Michael Chabon, and Jonathan Lethem.

If you walk down any city street, it’s hard to get more than fifty feet without coming across images that were created by Kirby or inflected by his work. Yet if you were to ask anyone in that same stretch if they had ever heard of Kirby, they’d probably say, “Who?” A century after his birth, he remains the unknown king.

[This book] occupies a unique position in the history of comics. It is probably the first work of journalistic comics in the world to supersede its prose counterparts as the most popular source on its topic. In the case of Ichi-F, that topic is the cleanup and decommissioning work at the crippled Fukushima Daiichi nuclear power plant, the local name of which (“F-1,” flipped to “1-F”) gives the book its title.

The publisher of the English edition, Kodansha Comics, however, has opted to call this 550-page tome of dry, detailed reportage a “graphic memoir,” presumably because autobiography seems the easiest way to sell literary-minded comics outside the young-adult market these days. The original Japanese subtitle describes the manga instead as a “rōdōki,” literally a “record of labor,” putting more emphasis on the work itself than the person doing the work. The difference might seem trivial, but it speaks to many of the things that Ichi-F both succeeds and fails in doing.

On his Facebook page, Derf too celebrates Kirby, looking back at the newspaper strip he created with Dave Wood and Wally Wood right before "the Marvel Age."

This is the story of “Skymasters of the Sky Force,” the failed comic strip that inadvertently led to the creation of the entire Marvel Universe and all the superheroes you know and love and are currently making billions and billions for Disney Inc.

In 1956, Jack Kirby’s self-owned publishing company, Mainline Comics, went bankrupt and closed, and Kirby and his longtime creative partner Joe Simon went their separate ways. Dr. Wertham and the comic book witchhunts had devastated the industry. Half the smaller comics publishers simply closed up and concentrated on less-controversial products. Industry leader EC Comics was forced to shut down. For reasons unknown, Wertham had included Simon & Kirby’s four Mainline titles in Seduction of the Innocent, even though these titles contained nothing objectionable. It’s one of Wertham’s many unexplainable stances. Simon and Kirby had invested their own savings in Mainline and lost everything. Kirby was a free agent and desperately looking for work… and his options in ’56 were few.

We've already seen how important this book was to establish alternative comics in general and the graphic novel artistic movement (and I say this following Eddie Campbell) in particular. We can identify Joe Sacco's later style: the Célinesque captions continue flying around, so to speak, the Breughelesque detail is all over the place, except... in Joe Sacco's self-portrait. He's the only caricature that still remains. He put himself in his reportage comics to follow two traditions: the underground tradition of autobio comics (three names come to mind: Aline Kominsky-Crumb, Robert Crumb, Justin Green - whose Binky Brown and the Holy Virgin Mary should definitely be in my list), the tradition of the New Journalism (and three names come to mind too: Tom Wolfe, Truman Capote, Hunter S. Thompson). Since the beginning (and I mean "Cartoon Genius" in Yahoo # 1 - October 1988) that Joe Sacco drew himself with opaque eye glasses, but, in that story, he wasn't half as cartoony as he is above. I don't really know why he does it, but I suspect that he's following Scott McCloud's smiley face theory, according to which readers of comics find it easy to identify with simple cartoony faces than to complex portraits (add naturalistic backgrounds and... voilá... total immersion). This is absurd, of course, but enough about what I don't like in Joe Sacco's work. What I really like is that he gives a voice to those who have none in the Western media circus. And does so not with popaganda, but by being a really fine reporter.

If you asked me why I don’t care about superhero comics, this comic is pretty much what I’d conjure up as an example of why. I’m too old to give a shit about which of these palette swaps dies and then is resurrected or what worlds collide. And I don’t care about good versus evil in these basic cop versus robber terms. I’m not a child. But like I’m reading JRJR/Williamson and Nocenti’s Typhoid Mary comics this week, and thoroughly enjoying them. And it’s not because I give a shit about Daredevil. It’s because there’s actually shit on the page to react to. There’s great art to inspire you. And the writing is in big bold terms, but it has a certain soap opera quality. It’s not ironic. It just says what it means and is all about these sappy triangles of people. It works. It doesn’t matter that it’s a superhero comic. It’s just a great comic. I think what I want from superhero comics now, doesn’t have anything to do with them being superhero comics. It has to do with the two biggest companies putting the most resources behind their comics, I expect to see a quality of work, particularly artistically that I can look at and just be in awe and be like “never in a thousand years could I draw that”. I think people don’t respect the art in these things anymore because the styles artists have adopted don’t scare people, don’t put them in awe. And honestly neither does the writing. People read these things and they are just like “oh man, I could do this” which is cool, I mean I’m one of those people. But it’s not healthy in terms of the sort of reverence the top artists in the comics game should demand.

—Interviews. The most recent guest on Process Party is Jim Rugg. 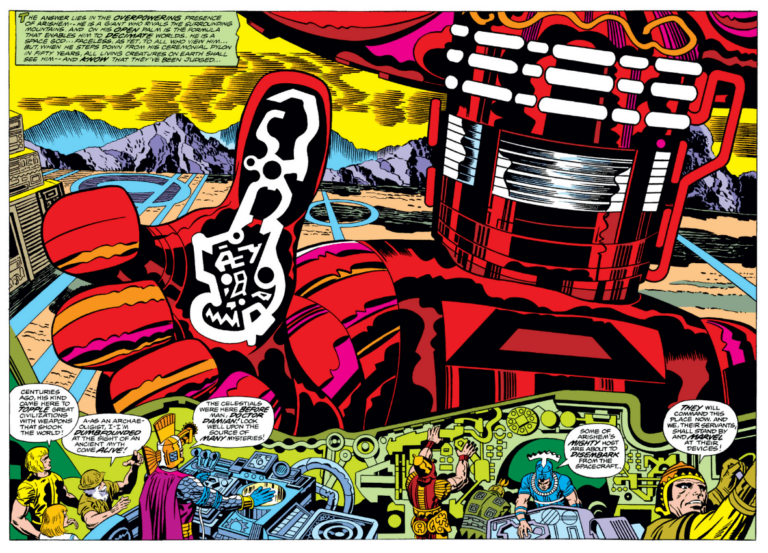 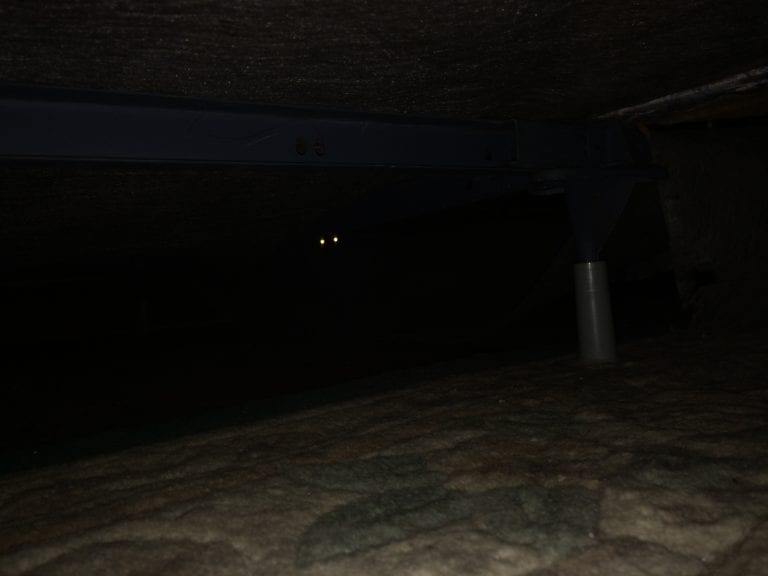