Today, we bring you the tireless Rob Clough's review of Kevin Pyle's Take What You Can Carry, and Kristian Williams's review of the recently released facsimile edition of Shannon Wheeler's Too Much Coffee Man #1.

Also, I want to let Tucker Stone fans know that unforeseen circumstances have delayed the writing of this week's column. So you'll have to think of your own reasons not to buy or read new action comics this morning.

—In the New York Review of Books, Alison Lurie has a nice appreciation of Maurice Sendak.

—Alex Pappademas contributes a fine personal remembrance of Matt Groening's Life in Hell to Grantland. He gets at a lot of what's great about the strip, and I hope other pieces like this continue to appear, because there's so much to unpack. I am sorry to see the end of Life in Hell myself, but also pretty excited to see what Groening does in its place -- I would very much like to see what he might do with long-form comics, for example.

—In an interview with the Los Angeles Review of Books, critic Mark Dery talks a little about working on an upcoming biography of Edward Gorey:

MD: [...] The problem is that the guy was a brain-wrenching polymath. And there’s every bit of evidence to suggest that he was one of those vanishingly rare creatures, the true hyperlexic, someone who begins reading at a very, very early age — probably around age three, all the evidence suggests. And I don’t mean Pat the Bunny. By somewhere around six, he claimed, he was reading Henry James. He had certainly read Mary Shelley’s Frankenstein and Bram Stoker’s Dracula by that age; that’s adequately evidenced. He does concede, in a number of interviews, “I can’t imagine I understood James at that age,” but he did toil through some of his books, and then later went on to both read James’s entire corpus and then emerge an inveterate James-loather. He had an absolutely unalloyed detestation for James, but for whatever incomprehensible reason, felt the need to read him and, on occasion, even reread him!

MG: What was it about James that he didn’t like?

MD: He felt James was an over-explainer. And, as I said, Gorey is sort of Derridean in the sense that he’s profoundly convinced in his bones of the inadequacy of language, and even of art, even as he is simultaneously convinced of their ability to gesture toward their inadequacy in a way that communicates beyond the signifier and the signified into a sort of cosmos of dark matter where a meaning exists that is beyond meaning. Don’t ask me to explain, since I haven’t fully theorized this yet!

—Finally, there's been a whole lot of debate about Kickstarter as a way to fund comics this week. It isn't hard to find if you're interested in joining up. But I find the whole thing vaguely depressing. Secret Acres has the tweet to read. (Did I just write that?) 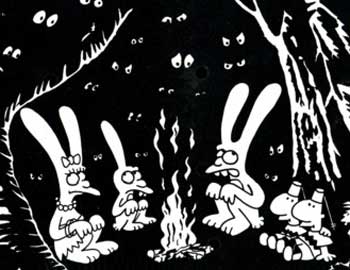 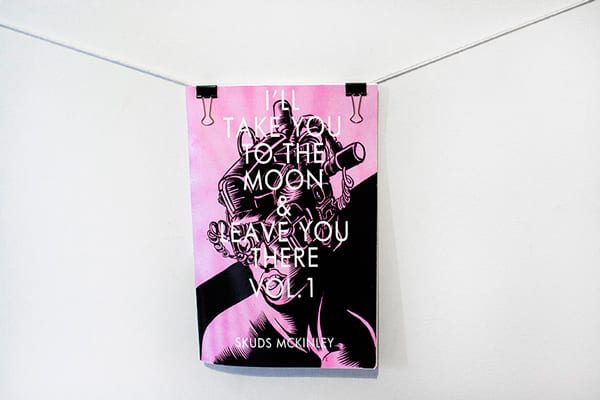