Matthias Wivel is working on an in-depth piece about Charlie Hebdo, the attack on its offices two weeks ago, and the many issues surrounding it. First, though, today he has a review of the most recent issue of the satirical magazine, for which a reported seven million copies were printed, and sold out, certainly placing it among the biggest-selling comic books of all time. Here is a sample of Matthias's analysis:

The cartoonists who are still alive have the advantage of being able to respond to the tragedy; this has yielded some decent cartoons, or as decent as one could have hoped from the decimated staff working under what must have been a state of shock.

Luz, Coco, Catherine Meurisse, and Loïc Schwartz all contribute reportage from the mass demonstrations in Paris on January 11, with David Ziggy Green providing a British perspective from Trafalgar Square. These strips as well as the attendant columns are characterized by mixed feelings. On the one hand gratitude for the massive turnout, on the other disgust with parts of their newfound support from people such as Nicholas Sarkozy, Angela Merkel, Benjamin Netanyahu, Vladimir Putin, and Front National leader Marine Le Pen. “I vomit on all our new friends,” as cartoonist survivor Willem so eloquently put it a few days after the massacre. Also, much mirth arises from the fact that Arnold Schwarzenegger, inexplicably, has become a subscriber.

The best cartoons are the ones that, like the cover, manage poignantly to straddle the divide between reflection and provocation. Syrian-French cartoon superstar Riad Sattouf contributes an installment in his ongoing strip La vie secrète des jeunes, which is based around (allegedly) overheard conversations between young people. A French Arab tough hangs at a corner in Paris’ tenth arrondissement discussing the massacre on his cellphone. He assures his interlocutor that he "could give a fuck about Charlie Hebdau," but that you simply do not kill somebody because they say something you do not like. Street-level Voltaire wittily written in sociolect.

—Charlie Hebdo. In one of the more informative pieces on Charlie Hebdo, Josselin Moneyron analyzes the last year's worth of that magazine's covers.

Ex-Charlie staffer Zineb el-Rhazoui responded in 2013 to the Olivier Cyran letter I linked to last week.

Tim Parks writes at the New York Review of Books about the limits of satire.

On Monday, a high-school student in France was reportedly arrested for posting an cartoon mocking Charlie Hebdo on Facebook.

—News. The Washington Post has an extensive article on the return of Milestone Media, which is very welcome news.

Darling Sleeper, a new site devoted to comics and analysis, has launched on Medium, and looks to be of potential interest to many TCJ readers. 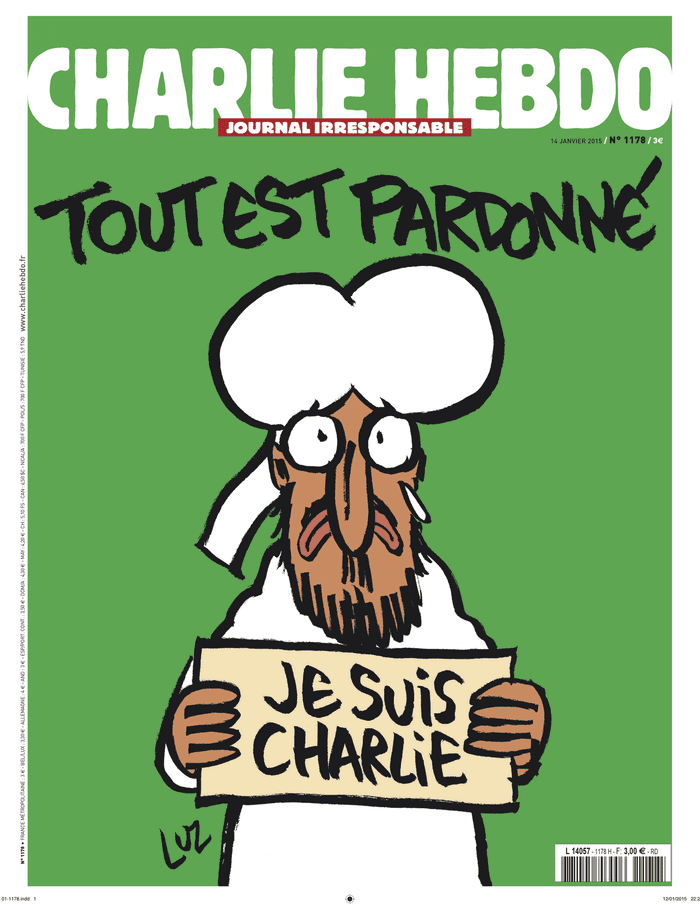 The Tears of the Prophet 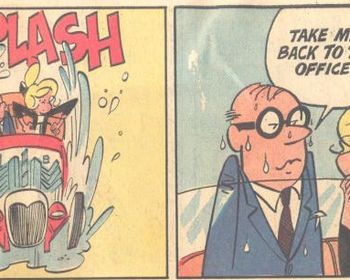