I can't believe this week is STILL happening. I hope everyone out there is doing OK. Things are a little strange around here (Brooklyn) and a number of my gallerist and artist friends have been badly hit, particularly in Chelsea.

Anyhow, here what we have:

Tucker Stone brings us what we need to know about the recent George Lucas news. Which is... not much! And Peter Sattler closes out our Building Stories essay series in a fitting style.

One volume relates the heart-rending tale of a funeral and the protagonist’s participation therein, while a separate volume, closing with the death of Miss Kitty, casts doubt on whether that earlier story exited anywhere other than in the narrator’s pained imagination. (“Earlier,” of course, comes preloaded with scare-quotes, given Ware’s refusal to provide readers with a pre-set reading order.) At times, it seems that each page is an interaction of conflicting registers of memory. Images are overlaid with texts from different times, played at different speeds. Character’s visions are framed by their revisionary thoughts, often asking, “Why did I do that? Why did I think that?” Moments like these indicate how thoroughly, in Ware’s world, one’s life if open to revision – how memory, itself, is an act of “building” stories.

-Ben Jones of Problem Solverz, Paper Rad, etc., is opening a solo exhibition at at the Museum of Contemporary Art, Los Angeles, tonight. Large-scale video paintings and installations are in the offing. Should be great. Congratulations to my pal.

-A preview of the promising forthcoming graphic novel by Miriam Katin.

-Those Secret Acres boys blab about their goings-ons. 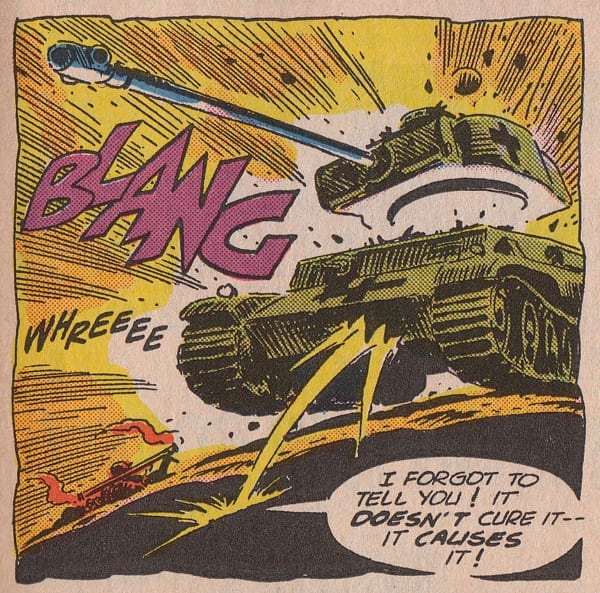 Now We Know The Price Tag On Your Esteem 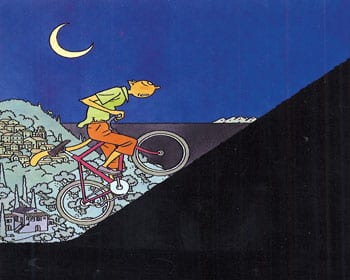