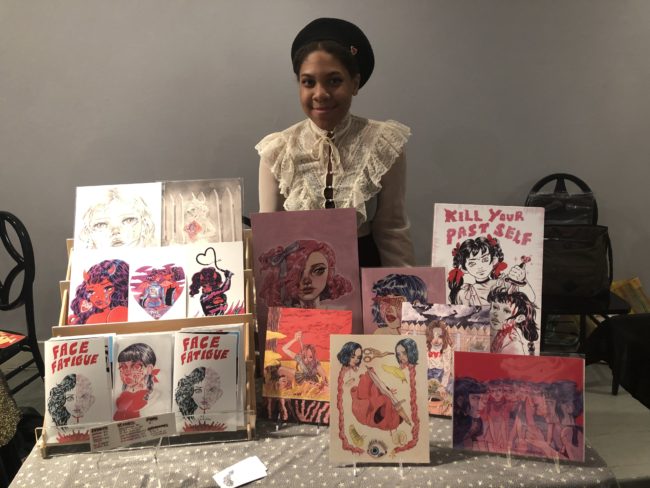 I met Tia Roxae at the Bloodmilk Art Book Festival in Philadelphia in July 2019, where she was a fellow exhibitor. She gave me a copy of her mini-comic FACE FATIGUE, which I flipped through and was immediately floored by. It’s got a million things I love working in its favor (body horror, mean girls, splashy giallo color) but what really stood out was its certainty in delivery – it’s a solidly executed vision. Finding out it was only her second completed comic, I decided to talk to her further and find out a little more about this exciting young comics artist. -Katie Skelly 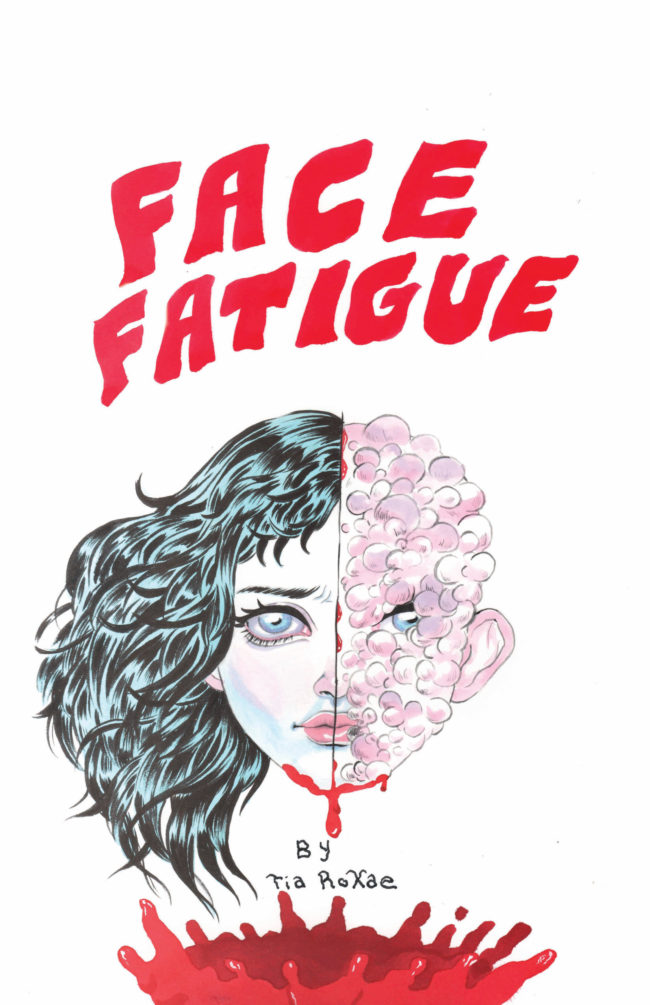 Your mini-comic FACE FATIGUE struck me -- it's a really accomplished short work. Can you tell me about its genesis?

Thank you! I'm really glad when it resonates with people because my intentions were for it to be a relatable work, but taken to its most absurd and lurid conclusion. There were several things at play for this idea: the majority of it stemmed from disliking my face, and as I age, finding what seems like new wrinkles and spots all over it as well. In my head it was a marring of a surface that was already unpleasant to me. I kept telling myself “this is silly and inconsequential,” but was unable to stop getting upset about it. There's a lot more than just the superficial at play of course, like recognizing the passage of time via physical changes, thus wondering if I'm doing enough, and ultimately my own mortality, and trying to cope with it. To keep it simple I skirted that influence in the comic.

I decided I wanted to have an outlet for these thoughts by sharing it through a horror lens. I briefly wanted to address the age old idea, which I think some men love to view as punishment on women, about aging equaling no sexual gratification or attention for them, in lieu of the fact that a lot of women struggle with their own insecurities about their appearance or attracting a partner way before they age. I hope that makes sense. Like, most women shut down harassment not because they feel like hot shit, but because they feel uncomfortable in that moment.

There was also a slight observation on Internet usage. Whether it's looking for a community and answers to personal issues anonymously, or looking to influencers for help, but in turn just feeling worse off than you did before watching or looking at them.

What brought you to comics? Have you worked in mini-comic format before?

I think what drew me to comics is that they're much more accessible than a lot of other forms of visual art, in my opinion, barring the price tag. At least from the perspective of my own childhood.

For art magazines there'd be certain artists featured, and if I really liked someone I had to wait and see if they were featured again. We didn't have any art museums to write home about, and the good cartoons I cared about were usually on cable, and even if we had it I had to be present at the right time to catch it. Comics I could come back to all the time, and I could really soak in the details and a certain artist's style. I carried a lot of them with me everywhere until they were tattered. These days I take much better care of them [laughs]. I felt more drawn to the art side of things than story. I have worked in this format before two other times; they were around the same page count give or take. I plan to keep making work in this way, however comics can be pretty intimidating. 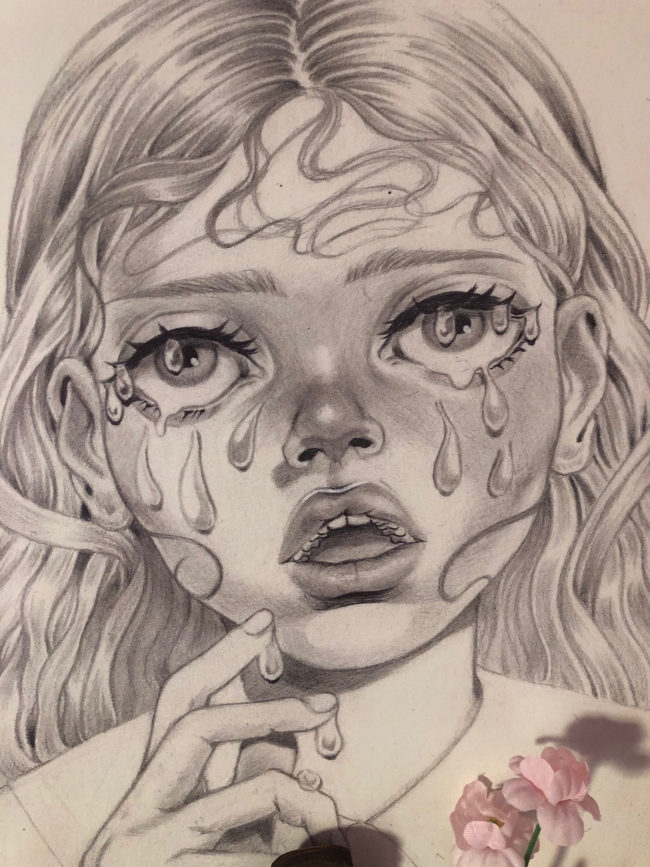 You’re an illustrator as well as a cartoonist -- how do you balance illustration work with making comics?

Since I've only done two short comics that are fully realized, I'm still figuring out how to approach it alongside illustration, especially with a 9-5 job. My main hope is to have my illustrations inspire subject matter I'd like to do in comics and vice versa. That way they're feeding into one another and never feel that divorced.

Are you interested in making longer works? I personally really want more from the FACE FATIGUE universe...

My main goal with comics is to create something cinematic since being an actual director takes a lot. I want to give the effect of various ‘70s genre films spanning from the experimental, giallo, Japanese pink films, and straight through and through horror, so maybe a little ‘80s as well since it's a goldmine to grab inspiration from. 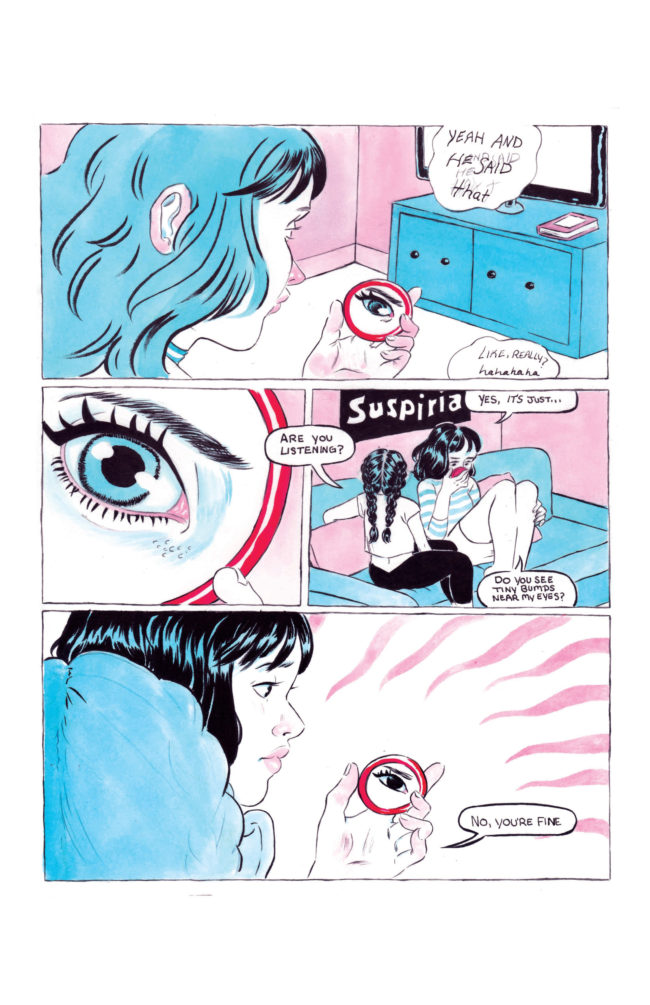 I definitely want to work with a longer story in the future, I thought of how to connect FACE FATIGUE to future works, if there's a chance. There's a little Easter egg at the end, something concerning her hands. I don't want to give too much away, but I wanted it to hint that something more than a medical mystery is happening to her. (Which I believe is somewhat obvious, but it sort of solidifies that narrative.) So I thought about how that could work in with another story somehow.

What hooked you when it comes to ‘70s genre films, both in terms of aesthetics and subject matter?

I have an unexplainable pull to the ‘70s era to begin with, and not just in North America. So to a certain extent I have a hard time explaining what it is. Costume design in film and clothing greatly inspire me, and I love the costume designs of ‘70s films, whether it's pretty out-there or sober, everyday looks.

Thriller: A Cruel Picture had me pretty keen on that department of everyday wear stylized for the plot. Color combinations and palettes (and I guess the color grading in general) that were used tend to really inspire me as well, whether it’s more muted and understated or brighter. Not to mention the natural texture and grain that 35mm adds to it all.

Vengeance as a subject matter always excites me, and there are plenty of woman-led vengeance films. There's a lot to be said and criticism drawn for the genre, but to keep it simple, it's a primary focus of mine when I seek out exploitation.

Female Prisoner 701: Scorpion and School of the Holy Beast both fit into the highly stylized visuals and engaging color palettes with strange and interesting stories that I seek out. With films such as I Spit on Your Grave or Thriller, I like the tense moods that are established, and the way the character turns into this badass, acquiring skills or a mindset in order to dish out their tormentor's comeuppance.

Most importantly for me, any elements of something visionary, experimental off-kilter and surreal is going to grab my attention, and I love seeing films like that through the ‘0s aesthetic. I know it's not a genre film, but about a decade or more ago when I saw The Holy Mountain it greatly affected me, and it still impacts me to this day. I also love Jodorowsky's output in general.

Overall from what I gather, there's simply this specific strain of “cool” that I find a lot more in ‘70s film: killer style (in terms of the way things are composed and shot, but also wardrobe), and great soundtracks. Of course there's a lot of modern and contemporary work that inspires me (I Saw the Devil, I Stand Alone, Sympathy for Lady Vengeance), but there is a wealth of appeal I get from this era. 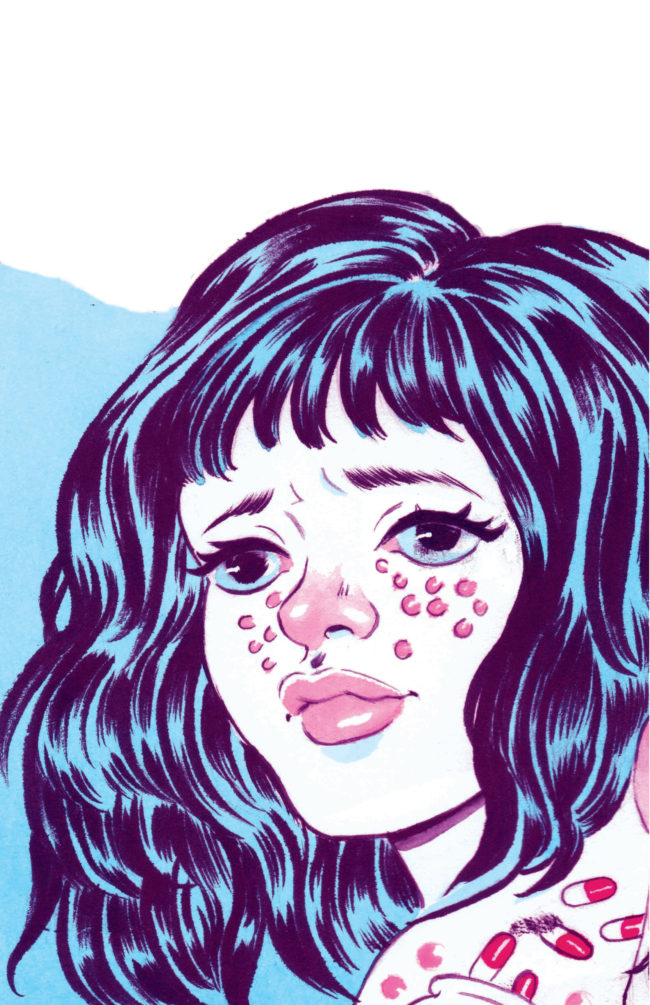 Can you talk a little more about your interest in and relationship to horror?

I grew up fascinated with horror. My speculation is as a child I wasn't relegated to “kid-specific” media at all times, and was probably the most intrigued and shocked by stuff like A Nightmare on Elm Street or Candyman. This probably allowed me to confront and deal with fear in a more constructive way. This also made me less likely to shy away from disturbing media, trickling into my now ever-present fascination with true crime, medical anomalies and morbidity in general. It also helps that I'm drawn to anything bizarre or off the beaten path. Horror and its subgenres seem to deliver on that the best, next to sci-fi. I'm a largely solitary person, so I don't seek out communal events. Film is one where I find it important to go to live screenings for it. There's nowhere I feel quite as comfy than at a horror-based gathering. Every community has its pitfalls of course. It's just that it's always something that's managed to make me come out of my shell, and get me to talk to strangers and generally bond. As popular as it is I will always feel horror is an outsider genre whose fans make up those who may feel like outsiders for whatever reason. I feel a comfort in that.

Your work is very distinct and I’d love to hear about your technical process.

My favorite tools to use are watercolors and inks, used with brushes. My process for FACE FATIGUE was pretty rudimentary. I penciled, inked and colored everything on the same page. I do loose thumbnails and a script in a separate sketchbook, as well as color studies or a different inking technique or effect, to work certain things out if need be. I love limited palettes, and knew that I was planning on keeping the colors the same throughout. After that it's a lot of scanning and cursing my poorly performing tools, and editing colors to the best of my abilities.

Any immediate plans to release new comics in the future?

I do have hopes to release something new in the late fall or early winter. The biggest struggle is believing in something I start enough to finish it. I will say summaries of a few stories I'm thinking of pursuing: creepy psychic twins; a twisted vengeance/cat-and-mouse home invasion mixer; and a boarding school murder mystery.

FACE FATIGUE is available from Tia on Etsy. 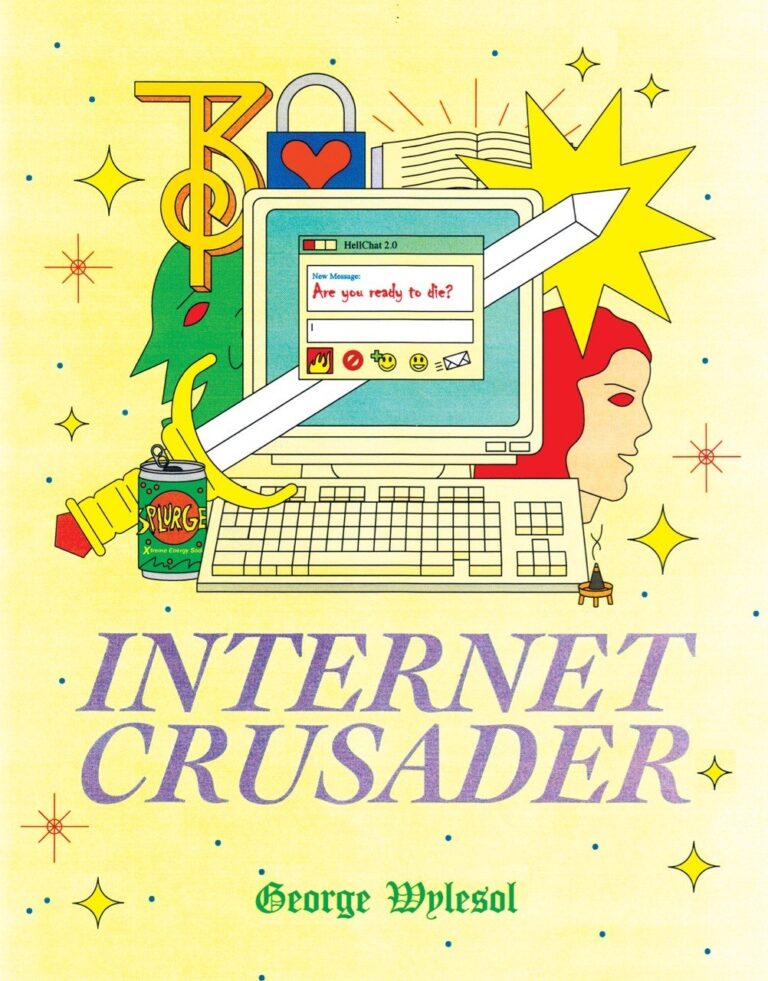 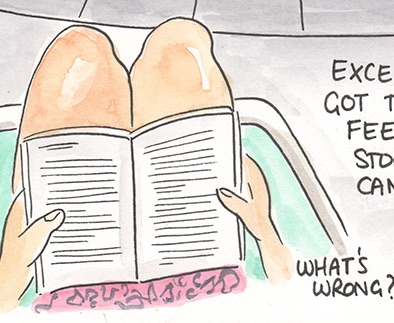