Today at The Comics Journal, Martyn Pedler sits down with L. Nichols, whose Flocks is garnering a healthy amount of praise in the run up to its September debut. The two also touch a bit upon the genesis of Ley Lines, which he calls "a fine art fan comic".

I was reading an interview you gave years ago where you talked about “coming out as a Christian”. Do you feel like you get different responses now?

No, people are always surprised! Especially in intellectual circles. People are atheist or agnostic, and that’s fine. I would never try to convince anyone else of my own beliefs. I’ve always felt a very strong feeling that there’s something more, something better. My conception of God isn’t “angry father-figure in the sky who’s going to smite you dead”. It’s more like an interconnected consciousness of all things. That’s horrible – I sound very New Agey – but whatever. I’ve always felt connected, and that connection can happen in a lot of ways. All religions have some aspect of it, and it depends on the culture they’re in as to how those aspects are manifested. I guess that ties into how I always try to see the viewpoints of other people. Even people who I don’t agree with. There are people now I’m just banging my head against, like Trump supporters. I cannot figure it out. My mom is a right-wing conspiracy theorist – and I can’t! There’s a certain point where my compassion turns to bafflement.

Our TCJ review of the day comes from Matt Seneca, who stopped everything he was doing, including his marriage, the second he got the opportunity to review the new Jim Woodring: Poochytown!

No, I mean that when the bombs have fallen and our society’s returned to dust and you're as likely to find a comic book riffling in the wind on a stretch of washed out freeway as you are in the husk of yesteryear's L.C.S., the gestures and concerns of Woodring's weird ass fantasias will seem just as vital and engaging as Chris Ware or Brian-Michael Bendis's mannered evocations of the now will seem archaic and irrelevant. Woodring uses the medium of cartoon drawing to gesture at something ineffable, permanent. His books will last because they transcend their times.

Our friend and yours, Abhay Khosla, on a comic whose blurb seems expressly designed to ensure the maximum repellence possible.

Over at The Daily Dot, Gavia Baker-Whitelaw took a look at the Cody Pickrodt story, examining how it has so far played out differently than other #metoo cases. 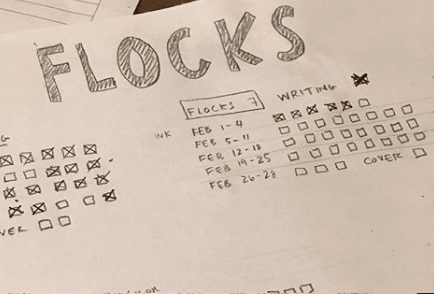 “Change Is the Only Thing I Do Like”: An Interview with L. Nichols 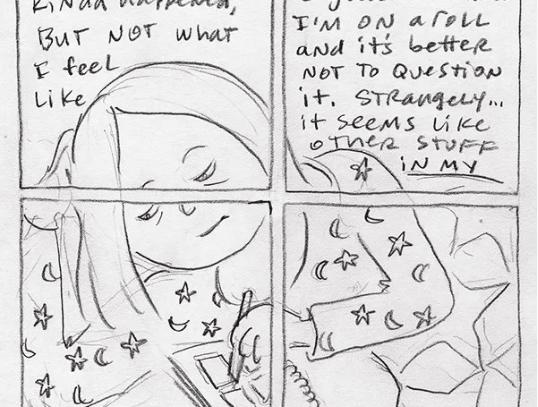