Today, we are happy to present an excerpt from the oral history of Zap Comix compiled by scholar Patrick Rosenkranz for the forthcoming collection of Zap.

In September 1969, the Berkeley police raided the Print Mint warehouse to seize all their copies of Zap #4, but owner Don Schenker had been tipped off and had moved their stock to another location. When they saw bookstores and distributors getting busted, the Zapsters suspected they might be next.

[ROBERT] WILLIAMS: We just thought we were all going to get arrested somewhere down the line, because there had never been material like this. Remember, 1969 is when the first adult magazines ever came out that showed pussy and asshole, and this was just flipped, to actually have this in a printed magazine that went through a printing press. You know, anything before that was just some secret thing.

[ROBERT] CRUMB: There was an organized, systematic, repressive action taken against every aspect of that outburst against the system, including alternative print media, by the powers, agencies, and institutions of the corporate state. It is not paranoia, but the fact of history to say these things. They didn’t sit back and passively watch while Abbie Hoffman and Huey Newton strutted and fretted their hour upon the stage. They had their think tanks staying up nights plotting and scheming new techniques to squash, neutralize, and co-opt this threat to everything they held dear. They constructed sophisticated strategies for instilling fear into the general population. You could watch it happening all through the ’70s and into the ’80s. Fear was a weapon the bastards used very effectively.

[GILBERT] SHELTON: There was a lot of pressure at the time. I guess a lot of people have forgotten how paranoid everyone was, that we were either going to be rounded up and all put in prison camps, or just shot down on the streets by the forces of reaction. Things didn’t look so good in ’68 and ’69.

WILLIAMS: There was a shaky period there in ’70–’71, where we thought the government was going to clamp down. There was a chance there that the country could have swung to the right. We know for a fact that they were reconditioning internment camps in Eastern and Southern California and Arizona where they put the Japanese in, and there were remarks about doing it from the government. We stuck our necks out already so we might as well stick them out all the way and violate everything.

Rachel Cooke at The Guardian briefly reviews Joe Sacco's Bumf (which is very much in the tradition of Zap, and which I predict will blow a few of his more recent readers' minds) and Jean-Pierre Filiu & David B's Best of Enemies.

FAIR WARNING-- please DO NOT send it back for any of these reasons:

it is physically difficult to read.

yup. there are literally MILLIONS of books that are very easy to read, physically. this is not one of them (but maybe if you get through it you can find out why). [Etc. ...]

—Interviews & Profiles. Here is a transcript of Alan Moore biographer Lance Parkin's live interview with Moore, conducted a few weeks back for the UK publication of Parkin's book.

—Controversies. Russ Heath recently wrote and drew a strip for Hero Initiative about Roy Lichtenstein's use of a Heath panel for one of his most famous paintings. As the mention of Lichtenstein in comics circles usually does, this quickly spurred a lot of vehement and largely predictable arguments online (although noted Before Watchmen participant and apologist Darwyn Cooke doing the strip's lettering added an ironic new sideshow to the main event). The issue of whether or not Lichtenstein exploited cartoonists' work for his paintings is in my opinion more complicated and less clear-cut than either side will usually admit, but however you feel about Lichtenstein, it's important to remember (as Evan Dorkin pointed out on Twitter) that his paintings only affected a relatively small number of artists -- the comics industry as a whole exploited many, many more.

Second, after nearly a week of nonstop debate over the recent James Sturm strip, I don't think anyone needs my take on things, but there are still a few things I think worth saying that I haven't seen said. Tom Spurgeon had what I thought was a reasonable response last Friday, if you aren't familiar with the controversy. And Brandon Graham drew a very effective response strip of his own, depicting a version of the story in which the characters react in a positive manner instead of a negative one. It's a fun strip, and I can see why it's so popular, but I wonder if people would have liked it so much if the Sturm strip wasn't already there for context and comparison. That may seem obvious, but what I mean by that is I'm not sure stories in which the main characters always do the right thing make for the best, most lasting art.

Let me be clear here if I can. I think the debate over the strip's perceived sexism is largely a healthy, useful, and important thing, even though I don't fully agree with that reading. (I think any reading of the strip that doesn't include its premise -- that envy and fear of a (female) fellow artist's perceived success is akin to a pointless, harmful, and debilitating addiction -- is at the least incomplete. I also think that if a reader isn't already familiar with the culture surrounding 12-step recovery programs, that central premise is clearly a lot harder to discern.) There are always multiple competing valid readings for any work of art, and everyone is entitled to their own response. Discussions about the political implications of any work of art can only be enriching, assuming they are entered into honestly, and people don't have to agree on every particular to learn from each other's perspectives.

But there has been another popular response to the strip that I think is far less defensible, and much less healthy, and that's the apparent belief that artistic depiction of bad behavior necessarily equals endorsement. (Obviously not every detractor of the strip falls into this trap.) While Graham's strip is excellent as a response to Sturm's, I think if Sturm's initial strip had taken the same tack as Graham's, it would have been much less effective, and frankly, unmemorable. It doesn't take too long imagining the application of this approach to other stories before you can see why. Suddenly the three little pigs all responsibly build their houses out of bricks. When the witch in the wood meets Hansel and Gretel, she feeds and comforts them for the sake of kindness rather than cannibalism. Macbeth chooses to set his ambitions aside, and the jury in To Kill a Mockingbird quickly agrees to Tom Robinson's acquittal. Obviously we would have to lose a great many stories.

Sometimes art provokes uncomfortable responses. Kafka, who wrote better uncomfortable fiction than just about anybody, once famously said, "A book must be the axe for the frozen sea inside us." I don't think I'd claim so much for Sturm's strip, but the fact that it explores discomfiting territory is a point in its favor. The same is true of the debate it inspired.

(By the way, this little-noticed tweet provides interesting context to the whole business.) 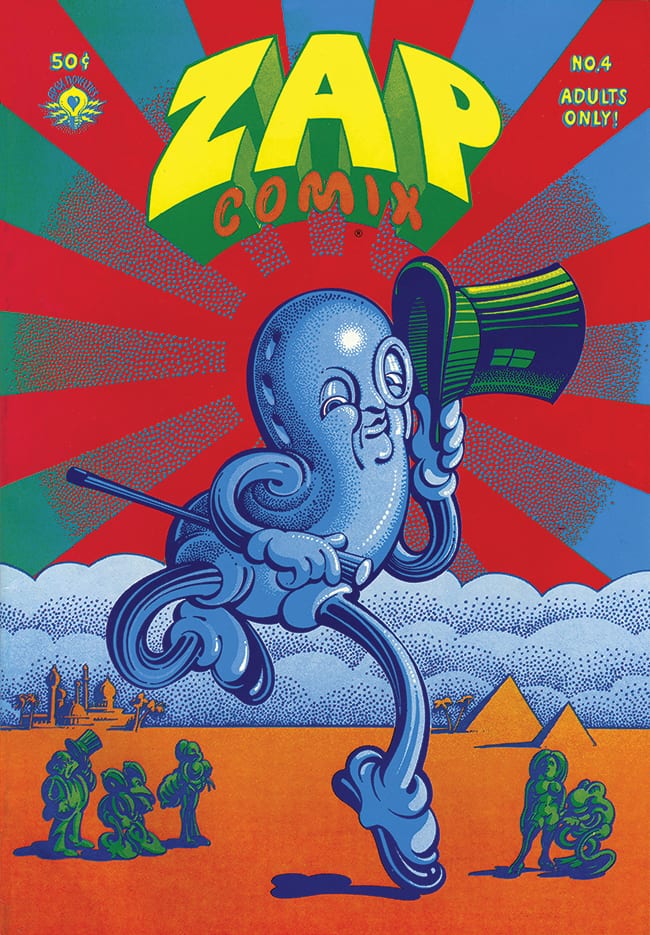 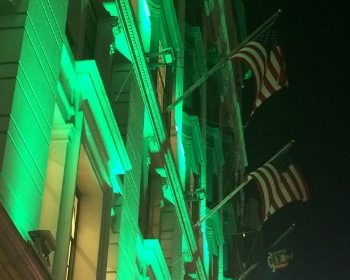 THIS WEEK IN COMICS! (11/12/14 – An Experiment in Funnybook Investigation)