Big day on the site today. First, we have Ryan Standfest's report from the University of Chicago's recent "Comics: Philosophy & Practice" conference. An excerpt from his write-up on the Art Spiegelman/W.J.T. Mitchell panel:

Addressing what happens when comics become wall art allowed into galleries and museums, Spiegelman noted: “There is more to the Faustian deal than I originally thought. There are sub-clauses. The mingling of words and pictures is now allowed, and what is being achieved is way past Lichtenstein, way past Barbara Kruger. Something new is emerging. The avant-garde is exploring a new place where the pictures are not as easily articulated, not as happily contained.” This led the conversation to a dual consideration of new media and how a younger generation of cartoonists is reconsidering the form itself. “A book is easier to make because of this thing that is supposedly killing it. There is now a focus on the book as object—a new function in the world of the iPad.” Spiegelman noted that the history of comics has been the history of printing up until now, and that the medium has looked to the book-as-object as an answer. “The book, or ‘graphic novel’ is the current dominant form of the comic. The problem is that it requires great labor.” He indicated, however, that the book does not play to the greatest asset of the comics form—that the medium is one of compression, of reducing-down— the shorter, the better. In response, Spiegelman sounded a note about a move away from the book and a return to short-form comics out of the necessity of doubling as “wall art.”

Yesterday brought with it, of course, another installment of Frank Santoro's Riff Raff column. In it, he writes short reviews of comics by Tin Can Forest, Connor Willumsen, and Ed Choy.

Sara Varon, creator of Robot Dreams and Bake Sale, is the latest artist to agree to contribute to our Cartoonist's Diary feature. Her week begins here, appropriately enough with an interdepartmental cookie bake-off.

Katie Skelly has an endearing cartooning style, an unlikely hybrid between Junko Mizuno and John Porcellino. While they’re in motion — and in this Barbarella-esque, demurely sexy sci-fi spaceship romp, that happens fairly frequently — her characters have a fluid, curving quality to them. Their designs are usually pretty strong, too. The title character, a young interplanetary nurse named Gemma whose inaugural assignment to treat colonists poisoned by alien atmospheres that goes badly wrong right out of the gate, and her eventual rescuer, a Inuit-like Martian named Träume, are strong enough that Skelly’s choice to duplicate them with clones and identical siblings is a delight in and of itself; the furious, furry black-and-white space pirate Pandaface has such a cool design I want to steal it wholesale.

—You have until midnight tonight to vote in this year's Eisner Awards.

—Jeet Heer wrote to draw my attention to part one of a very in-depth look at Canadian cartoonist Jimmy Frise, which he compares to Seth and Brad Mackay's work on their Doug Wright book.

—Robin McConnell of Inkstuds weighs in on the Before Watchmen controversy, and Noah Berlatsky editorializes upon it for Slate.

—A hand-drawn Tintin in America cover sold at auction for a record-breaking $1.6 million.

—As I believe we reported on the blog a while back (if not, I meant to), Ruben Bolling recently decided to begin offering digital subscriptions to his long-running Tom the Dancing Bug strip. Last week, he announced that it has already become his single biggest source of revenue. 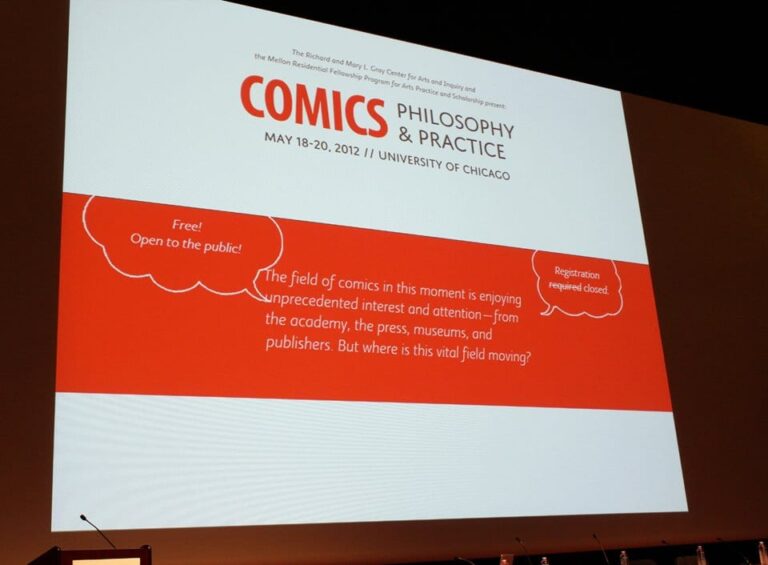 Chicago: Comics on the Make 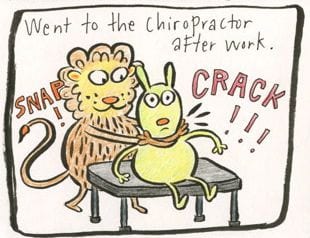