Putting together the new UNDERWORLD collection with Kaz was something of a revelation to me. Although I've loved the strip for over two decades now, and enthusiastically greenlit the book the moment that Kaz pitched the idea to me, I'd honestly forgotten just how good of a cartoonist Kaz is, and how great of a strip UNDERWORLD is. It's a singularly great comic strip, one of the last in a dying breed: the alt-weekly strip, which operated free of the editorial constraints of the big syndicates. It reads like a profane, postmodern, punk apotheosis of many of the best strips of the 20th Century, notably Segar's Thimble Theater, Bushmiller's Nancy, and Gould's Dick Tracy. Though the format may seem increasingly anachronistic, Underworld's content remains as potent as anything the medium has produced over the past quarter-century. In other words, it's a fucking hoot, and if you've never read it, you're in for a treat. Here are a few of my favorites. --Eric Reynolds.

I wanted to include one of the few full-color Underworlds, and I love the effortlessness of this one. I doubt too many gags came more easily to Kaz, but it doesn't feel cheap, it just feels like a joke that had to be made because it was simply too perfect.

One of the more esoteric Underworld strips. Either you respond to the inspired brilliance that is "LOOK-AWAY POPEYE" or you don't. But if you do, it hits you like an ink bomb in your bubble pipe.

Perhaps the most iconic of all Underworld strips, this one launched the career of Smoking Cat, who became a semi-ubiquitous cottage industry unto himself of t-shirts, zippo lighters, and even a Japanese vinyl toy. It is also the perfect distillation of Underworld's upbeat nihilism.

This Guston/Popeye mashup is the cartoonist equivalent of a mic drop. Just a perfect thing, arriving out of nowhere.

Great punchline, with a decidedly feminist edge to it. Kaz notes in the book that this strip became a favorite within the then-thriving Riot Grrl movement of the 1990s.

This strip, from 199?, seems to me to eerily presage the next twenty-plus years of the then-burgeoning lowbrow art moment.

Though the joke itself requires a familiarity of antiquated packaging (the widely reviled "jewel box") of an antiquated mode of music delivery (the widely reviled "compact disc"), I can't get over that punchline, which manages to equate Basil Wolverton's style to a biohazard in a way that is not only complimentary but also manages to beat Al Capp at his own game. Kaz's awareness of strip history is palpable and fun without ever seeming show-offy.

The punchline of this strip would have invariably become a meme akin to Matt Furie's Pepe the Frog and "Feels good man" had it been published a decade later. Instead, it just became the go-to comics-related quote for so many Gen Xers like myself in the mid-1990s, along with the "Too bad it's a fallen world" and "How perfectly goddamn delightful it all is." Note Kaz's final panel employment of that most reliable gag trope: the guy being blown over by the punchline. Not to mention the dealer's resemblance to Dick Tracy villain the Mole. 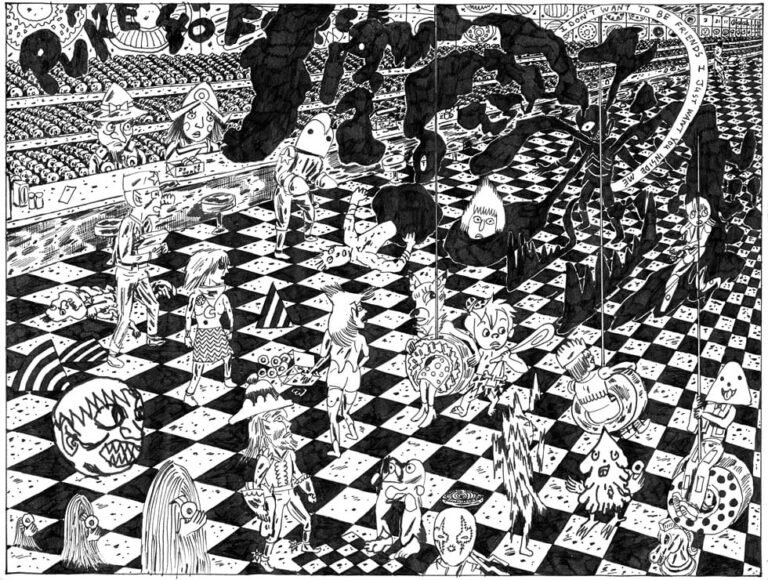 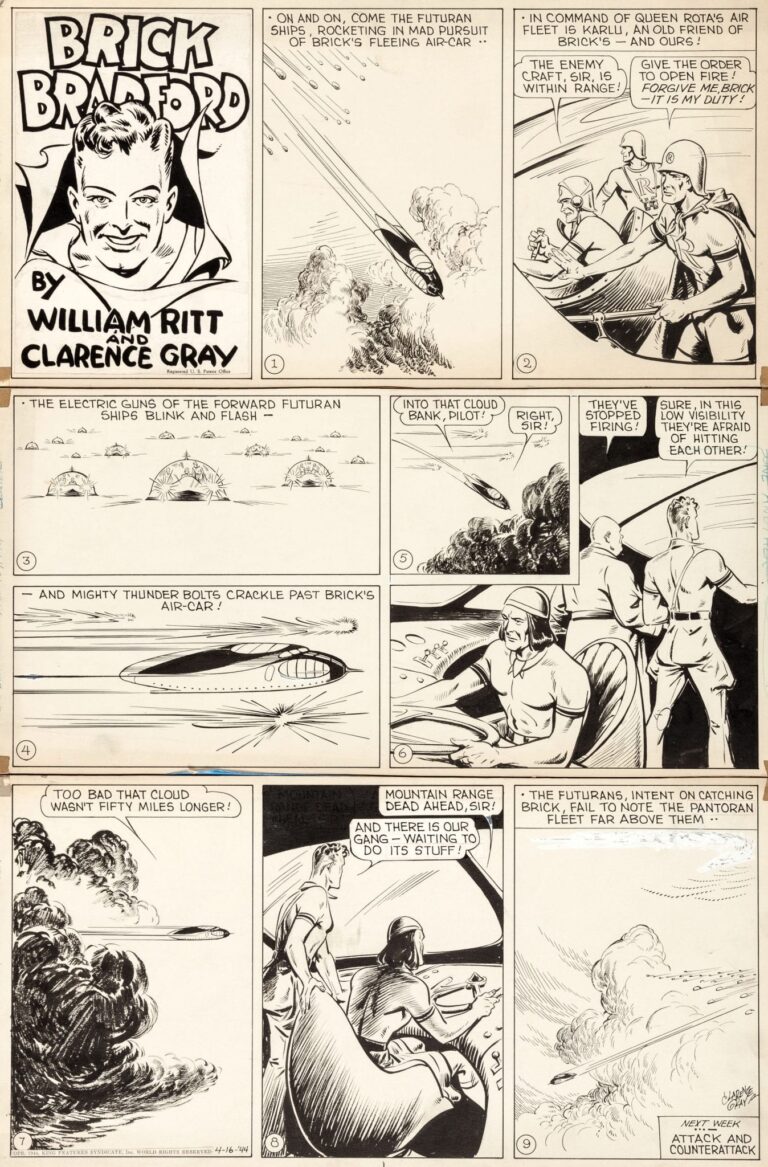