The Cisco Kid is one of the famous “eternal” Westerns, appearing on the pages of American newspapers for eighteen years, which can be considered a short period for a syndicated comic strip. In the world of comics done for King Features, many series lasted for more than half a century. The editors of KFS knew pretty well whom they were engaging as an artist for this series. José Luis Salinas (1908-1985) was an extremely skilled comic artist and illustrator. Prior to The Cisco Kid, he showed his extreme craftsmanship in a series of strip adaptations of well-known classic adventure novels in collaboration with the writer José de España. More importantly, Salinas was the author of the masterful Hernán el Corsario (1936-1938; 1940-1941; 1945-1946), which absorbed a lot of creative influence of Hal Foster’s Prince Valiant. Hernán el Corsario is considered the first great comic series in Argentina. Salinas was a quick-drawing artist. This proved to be important in nearly two decades of work on The Cisco Kid which was an exclusively daily strip. It’s one of the few syndicated comics where one can hardly notice variations in drawing quality.

The lightness of the narrative tone, with elements of exaggeration that verges on the comic, is immediately established from the first weeks of The Cisco Kid. Were the King Features Syndicate editors the ones who set the task of simplifying the story in The Cisco Kid? Yes, there was a warning that Cisco’s character always had to be good. It created a somewhat narrowed space for individualization of characters. It’s divided between good guys and bad guys, providing a certain naivety ready-built into the storyline.

And what about Cisco? There is a certain almost boyish enthusiasm in his character. Cisco is partly based on a humorously simplified characterization. He is an indisputable hero, a young man with a well-shaped, tight waisted body, always dressed in the same embroidered black shirt. A more ironic reader would have called him Narcissus. He is tirelessly flirts with women, and then triumphs against desperados.  Cisco’s romantic vision of falling in love is not exclusive and focused upon only one woman. He is primarily attracted to falling in love, to flirting as such and it doesn't matter if his sympathies overlap partners in real time. That brings a certain element of self-parody. Despite the Latin, partly frivolous Prince Charming appearance, sooner or later, he provokes trust and a feeling of protection for women. However, there are very little sexual undertones coming to the surface, if we compare it with other comic classics (Prince Valiant, Casey Ruggles, Lance, The Heart of Juliet Jones, and most of Alex Raymond’s work).

Today, we published an interview with the Indian artist and comics scholar Aarthi Parthasarathy, conducted by Kim Jooha.

What is Kadak Collective? How did it start?

Kadak is a collective of women, non-binary, and queer artists who are talking about a gamut of social issues, mainly related to gender and sexuality, through graphic storytelling. So it is not just comics, but also illustration, graphic design, animation, and now hopefully other forms as well.

Kadak started in 2016. Eight of us came together to showcase our work at a table for ELCAF. Under the collective, we’ve got approximately forty self-published books/zines/comics in different formats. We showcase them in The Reading Room. There are webcomics too. We’ve done a few commissions for different publications/organizations as well, including Gaysi Zine (an Indian queer zine) and the Akshara Foundation (an NGO working with issues related to gender). Last year, we spoke about the direction the collective should take and we decided to take on a big publication project, and that’s where we’re at right now, with the Bystander anthology.

Why feminist and queer?

In India, the last decade has really brought a lot of issues into people’s consciousness - the issues of violence against women, representation, caste hierarchies, intersectionality, among others. Before 2016, when Kadak formed, there were a lot of incidents like violence against women and minorities that fired a well overdue outrage. There was the case of the rape of a young woman in Delhi in December 2012 that really shook the nation, and this led to big societal shifts in the way people talked about sexual assaults and toxic masculinity, embedded patriarchy in systems. We realized how the media had contributed to lopsided representations, encouraged misogyny, turned a blind eye to forces of caste and class hierarchy. A lot of us were wondering, asking ourselves, discussing, how we could contribute to this conversation? As artists, storytellers, we felt we had a responsibility. And as women, queer, non-binary individuals, we knew we were best equipped to tell our own stories. We believed there was a kind of storytelling that hadn’t been foregrounded, and we wanted to bring attention to it.

An ideal encounter with Clue: Candlestick #1 might involve discovering it in a dollar bin twenty years after publication. Already a curious aside in the bibliography of a celebrated cartoonist, Dash Shaw's board-game tie-in miniseries is likely to look even stranger as time passes and its context begins to blur. But here we are, only a few weeks after its release. Without the benefit of any back-issue-disinterment aura, Candlestick #1 sometimes reads like a comic for nobody--perhaps too odd for a fan of the game (or film) who stumbles upon it, perhaps too restrained for fans of Shaw's most ambitious works. But comics for nobody have an aura of their own, and Candlestickstill illuminates Shaw’s skills as a storyteller.

The opening issue of the five-issue miniseries Thumbs, by Sean Lewis and artist Hayden Sherman, mainly focuses on a sister taking her wounded brother to the hospital for medical care. The press release for the book mentions Charlier Brooker and Annabelle Jones' Black Mirror, our current moment’s most relevant science-fiction concern. Brooker has always in his writing shown a true distrust of human selfishness, working in the territory scratched out by Rod Serling and George Romero--it's a world view where people poison their own well, where we are the monsters. It's a place where it doesn’t matter what the hook is, because you have to be more worried about your neighbor with the gun than any monster that is breaking down the door.

Thumbs seems to come from a different school, one which the creators may not even be aware of, the post-cyberpunk of the '90s, things like Bruce Sterling’s Holy Fire and Neal Stephenson’s The Diamond Age, what you could call pre-9/11 tech anxiety books. In them, there are the kids who have been left behind by a technologically advanced society, the omnipresent tech du jour (a character is very clearly meant to be Elon Musk), adults that are often bad or missing, and a half-useful slang that’s only there to patch over uninteresting character motivations. Thumb's creators don’t need to have read those books as there's a type of science fiction that seems self-generating. The kind where it’s too clever by half, and could come from video games or YA novels or anime. The kind where the world falls apart if you tug at the ideas just a little. A book like Jennifer Egan’s Welcome to the Goon Squad can exist where it hits dozens of cliches and you feel like it’s not on purpose, but because the author literally has never read or watched any science fiction.

—The very first piece of original Tintin cover art created by Hergé sold at auction for over $1 million this week.

Three separate bidders placed bids exceeding $1 million for the first cover illustration by Hergé, who is considered the star of European comics. The title character is shown carving a makeshift propeller for his plane from a tree trunk, under the watchful eye of his bandaged-but-attentive dog, Snowy.

When Barrie Schindler was young, her mother Jane Krom Grammer mentioned to her that she had drawn art for comic books. Jane kept a package filled with several issues of Supersnipe Comics from the mid-1940s and pointed to the Dotty stories in them. But Jane’s name didn’t appear anywhere on the art and there were no pay vouchers or contracts to back up the story, only her word.

—And don't forget: midnight June 14 is your final deadline to vote in the Eisners. 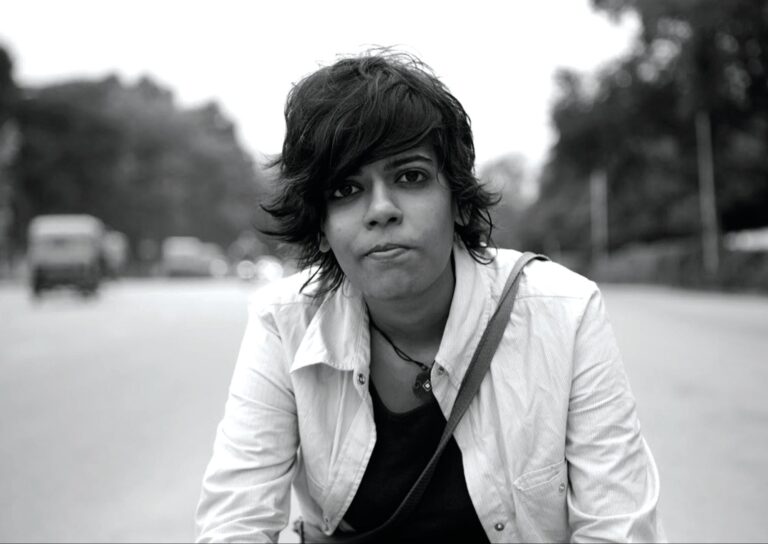 “‘What Should One Do?’ Is the Pertinent Question Now”: An Interview with Aarthi Parthasarathy 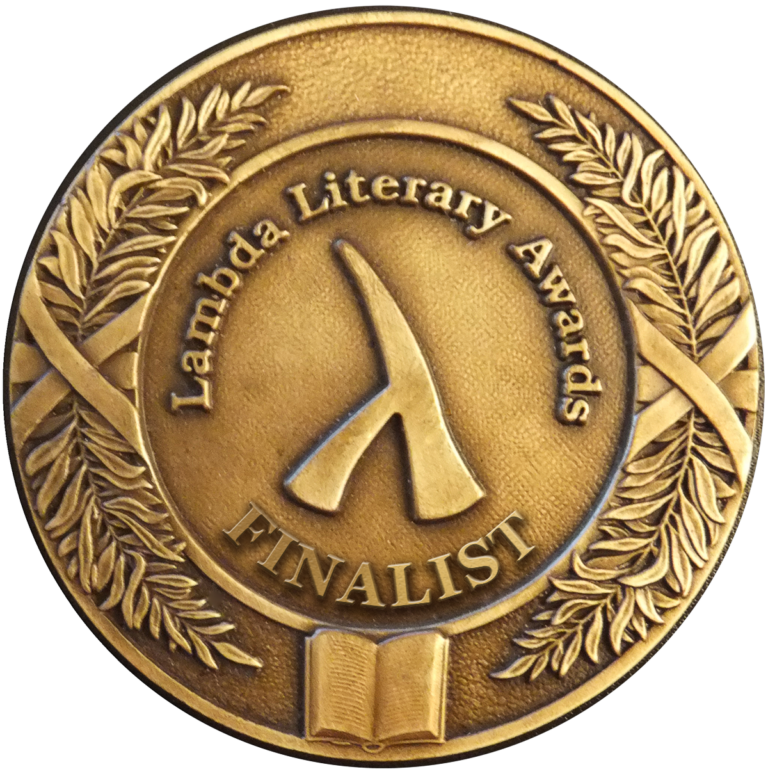 Lambda Literary and the Ongoing Recognition of Comics