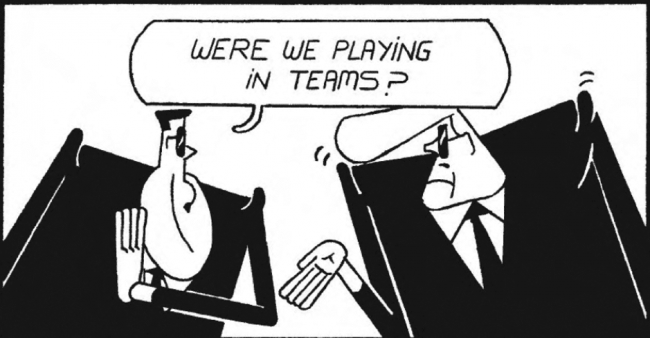 There is rather unique strip inside Spanish Fever, Fantagraphics 2016 anthology of Spanish cartoonists. When José Domingo’s ten-page tale, "Number 2 Has Been Murdered", was sent for translation, it was flagged up as downright impossible to translate. Any attempt to turn the Spanish story into English, however inspired, would destroy it, period. Refusing to accept defeat however, Editor Kristy Valenti soon realized that a creative, editorial solution lay within her reach – in the office-supply closet.

This is not the first time TCJ have discussed comics translation. Looking back, perhaps the most instructive article was the three-part Translation Roundtable posted on TCJ in June 2010 (it failed to make the cut for TCJ 301 but remains out in cyberspace for those who know where to look.) It featured the one and only Kim Thompson discussing the craft of comics translation with Anjali Singh, who edited Persepolis, Helge Dascher of Drawn & Quarterly, and manga specialist Camellia Nieh. Kim Thompson’s piece on the translations of Claire Bretécher’s work in TCJ 42 (1978), TF Mills on Tintin (TCJ 86, 1983) and Alex Dueben’s recent interview with translator Edward Gauvin on TCJ – are a few of the other must-read pieces.

Spanish Fever was originally published as Panorama in Spain by Astiberri in 2013. Impressed by the work of the contemporary Spanish cartoonists featured in the 300-page volume, Fantagraphics decided to acquire the English Language rights for the US market and sent the hefty manuscript to their translators. However, as the English version began to take shape, Erica Mena, who was responsible for José Domingo’s dynamic Nùmero ha sido asesinado, flagged up a problem. She simply could not translate his strip – because it was, well, untranslatable.

The Spanish text was too weird or colloquial to translate – right? Wrong. On the contrary, Domingo’s piece was not linguistically challenging in the slightest. What little text ran through the ten-page, monochrome strip could have easily been deciphered with a high-school understanding of Spanish (or a smartphone). The words were not the problem, or at least – not the main one.

To understand why, I will try to explain the story without spoiling the gag. It is a one-scene comedy where, for reasons that will come clear when you read it for yourself, the lead character is drawn into playing charades. So, most of the strip is made up of ‘silent’ sequences as he mimes clues to each word. (Domingo intercuts his character’s ostentatious gestures with reactions from the audience as they try, hilariously, to guess the words.)

Now, Spanish grammar dictates, as most romance languages do, that adjectives generally be placed after nouns, instead of before as in English, so a direct translation of THE RED TRUCK (ARTICLE-ADJECTIVE-NOUN) for example, would translate directly as EL CAMIÓN ROJO, with the adjective ‘rojo’ coming after the noun (see there – red came after truck? Crazy, huh?) So, because the phrase the character is miming is structured ARTICLE-NOUN-ADJECTIVE, the sequence of images also follows this structure – he mimes the article, then the noun, and finally the adjective.

And therein lies the problem. Even though an English translation could reorder the noun and adjective in the text, there would be total disconnect from the images – which follow the Spanish syntax. Likewise, there is also a cultural problem: the inclusion of the article in an English game of charades is unusual. You would be more likely to mime “RED TRUCK” and leave the THE to speak for itself.

Fantagraphics Editor Kristy Valenti recalls the conundrum they were facing: “In Spanish, the charades are backwards, and it was three words, but in the U.S. it would be two words in reverse order. So how do you do a silent comic that’s syntactically totally different?”

I recently put this very question to a class of trainee translators and interpreters in France, at the Institute for Translation, Interpretation and International Relations (ITIRI) in Strasbourg, where Europe’s finest study how to translate just about anything – except, it seems, comic books. Having set them the task of anglicizing Domingo’s original, I watched all pretense of confidence drain away as the reality of what at the outset had appeared to be a very straightforward translation dawned on them. Translating comics was not as easy as they thought. After twenty minutes or so every student had just about abandoned the task.

One tentatively raised hand proposed that the best answer probably lay outside their area of expertise: the editor should go back to the author to ask him to redraw it. A solution not without its merits, and not unheard of.

Some panels for the English editions of Asterix were altered for the British market (though do not expect to find these changes in the forthcoming NBM translations for the US market.) Perhaps the most well-known of these is the redrawing of a panel from Asterix in Switzerland – where the Antar petroleum mascot, unknown outside of France, was replaced by the Michelin tire man. In Asterix and Cleopatra the newspaper that Artifis is reading on page 33 was changed to show a new title and two new cartoons on the cover: “Ptarzan” and “Pnuts” (featuring the sketched outlines of Charlie Brown and Snoopy). There are also a few examples of Hergé changing panels in Tintin for the British market.

However, while asking Domingo to alter some panels was not out of the question – given the number of panels that would have to be changed, it would have been like asking for a completely new strip. The other obvious solutions were either to drop the story entirely or let it go to print with a direct translation (and hope no-one noticed that it made no sense). However, Valenti refused to let that happen “I didn't want to just gloss over it” she says.

Fortunately, Domingo’s clean, angular style presented her with a possible solution. The pictures were not the problem, but their order was. Could she simply reorder the panels to reflect the change in syntax? “With no words – you have to edit without words. So, that’s what we did,” she explains. “I printed out the comic, cut up the panels and rearranged them.”

After hours of pulling it apart and putting it back together again Valenti finally settled on a new arrangement for the English edition, all she needed was an alteration to the panel at the beginning of the charades sequence for it to make sense. “We had production change the three fingers to two fingers,” she says. “That's how we made the joke work… and of course, we got the artist to approve it.” 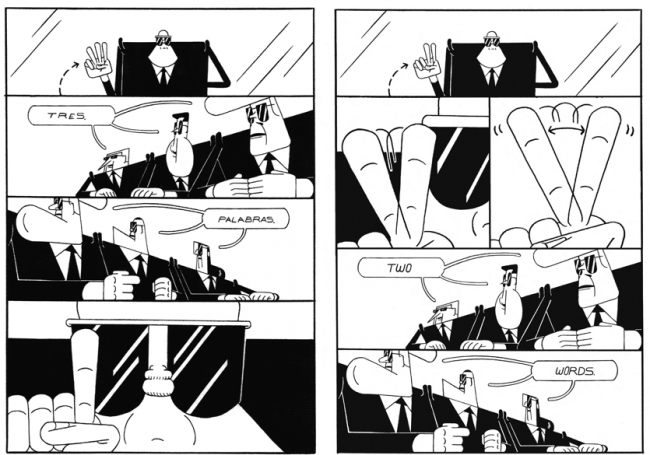 Page 4 from the Spanish original (left) and English translation (right) of Number 2 has been Murdered. A finger was removed from the first panel while two panels were imported from pages 5 and 8 to make the whole sequence work.

It is worth remembering that in sequential art, there is an art to the sequence. The upshot of Valenti’s edit-it-with-scissors solution is a cartoon so seamless that, unless you have the original Spanish version to hand, the ‘translation’ feels exactly like an original. However, from page 4 to page 9, almost every panel has been spliced-out and moved into a new position to tell the same, awesome story. (Yes, six whole pages look totally different to the Spanish original!) Little wonder it met Domingo’s approval and that of reviewers of Spanish Fever upon its release in 2016. “I was really proud because, when people reviewed it, they said it was a stand-out piece – it was very funny,” beams Valenti.

So why didn’t we hear about this at the time? Well, you have to suppose that it would have put Fantagraphics under fire for being ‘unfaithful’ to the Spanish original, and perhaps detracted from the content of the book which is supposed to spotlight the ingenuity of the cartoonists, not the editors. Translation decisions are tricky to defend at the best of times. Everyone seems to have their own take and preference for what works for them. And it is not unheard of for translations to get ripped to pieces by reviewers without any prior knowledge of the source language material.

There is a tendency to think that translation is just about words. In regular literature translation that is probably true, but comics translation is not just about words, about taking a bunch of foreign text and converting it to whatever language for the target readership. Words play a big part, but sequential art needs three things to function: text, image and sequence. (Just to confuse matters scholars refer to these three things together as a ‘text’ in comics studies.)

Before the advent of digital publishing editors understandably avoided altering panels and pictures wherever possible, changes required time, expertise, and expense – over and above the cost of translation itself. But despite how easy it has become to alter panels and images nowadays it is still a rare occurrence. Spanish Fever is the only case I know of where the editor has dared re-sequence a comic, yet the technology enabling us to do so has been around for years. (Okay – so they printed those early manga titles backwards, but that was to change reading direction, not the sequence.)

What the translation of Domingo’s strip points to is not so much how good translations can be with a little ingenuity, but how a good, confident editor, with a willing author, can help turn an average translation into an exceptional one. And that was the lesson for those students in France: Translators cannot work in isolation; book publishing has always been a team effort.

I wonder how many other re-sequenced gems are out there waiting to be discovered. Like a scientist seeking out extra-terrestrial life, I have a hard time believing that the translation of "Number 2 Has Been Murdered" is truly alone in the comics universe. 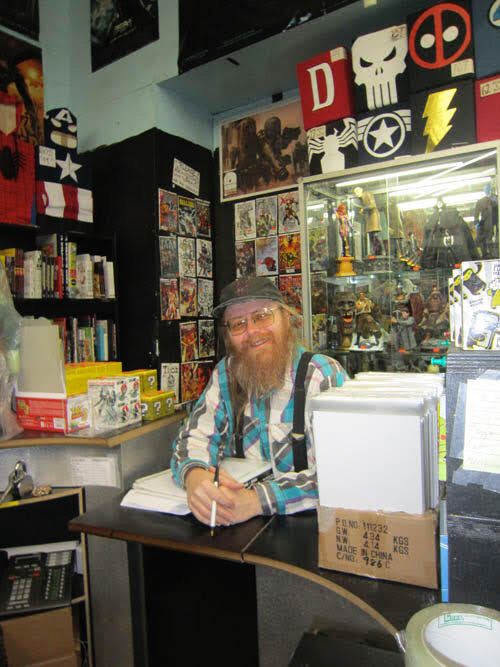 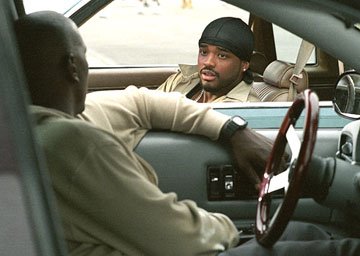