Today on the site, Annie Mok returns to interview Ronald Wimberly, the creator of Prince of Cats and Black History in Its Own Words, about his new magazine, art school, animation, and Walt Disney.

ANNIE MOK: In LAAB #0, you use Mickey Mouse a couple of times as a richly layered visual motif. On the cover, a poster in a NYC street scene shows a group of men tearing down a Mickey statue like it's a war monument. In another image, you layer Mickey's face over Jean-Michel Basquiat's, but obscure the eyes with Barbara Kruger-style typography. Can you break down why you used Mickey in this way, including how Mickey's origins and influences may have factored into your playing with this corporate icon?

RONALD WIMBERLY: LAAB #0 deals with the political unconscious in pop culture aesthetics. These images are meant to provoke thought. Honestly, they seem embarrassingly didactic as is, a bit on the nose; describing my intention defeats the purpose of looking at the work. So instead of answering your question directly I’m just going to give some more context to the information about the subjects in the pictures and let people contemplate the images.

Mickey Mouse, as readers may know, is the flagship character and brand icon of Walt Disney Corporation. Mickey Mouse is recognized around the world. Mickey Mouse was designed by Ub Iwerks; I think a lot of what Disney is can be summed up in this first relationship between Walt and Ub.

I would encourage readers to look up the Disney animators strike of 1941.

—Reviews & Commentary. TCJ's own Greg Hunter weighs in on one of the most acclaimed books of the year, Nick Drnaso's Sabrina.

Drnaso makes comics of acute psychological realism that approach their subjects from an almost anthropological remove. An easy comparison is Chris Ware, with his clean-lined compositions and stories of the lonely, the stunted, and the mistreated. But unlike Ware, who enacts these scenarios with complex, formally dynamic layouts, Drnaso’s stories are tidy, unadorned, and judicious in their limited emotional range. The effects of this approach, and possible explanations for it, are numerous.

An uncharitable take on Drnaso would go something like this: the distance in his comics is a way to safeguard the work, even the artist’s ego. Such a measured style reduces the risk of being perceived as sentimental. It avoids any flourishes that may be seen as overreaches or miscalculations. It’s an eminently — even excessively — adult and respectable approach to comics fiction.

And Tom Kaczynski cannibalizes what should have been his next TCJ column for a Jeet Heer-style tweetstorm on "architecture, urbanism, Capitalism, suburbanization, and American superhero comics."

8/ America has a love/hate relationship with the city. Metropolis & Gotham are the yin/yang of the city, each representing a way America thinks about New York, Chicago, etc.

This collection seems very complete. I feel a great sense of relief that it exists. It covers a lot of territory, and it’s a good representation of my career as a cartoonist.

It’s not like there’s a direct evolutionary line. It goes all over the place, and keeps going back to things. There’s a period of time where you feel better, a period where you feel worse. Where you’re fatter, where you’re not in touch with your body, where you’re drinking too much, doing too many drugs, whatever it is. And I think the work reflects those different periods, but I think there’s a general trend toward fulfillment and self-awareness. Some of the early images are really out there — I was so crazy then, I was just trying to rebel against my upbringing completely. I had so much pain and so much anger. Those stories are very painful, very anger-driven. Some of the later stories are not quite so full of venom as the earlier work. 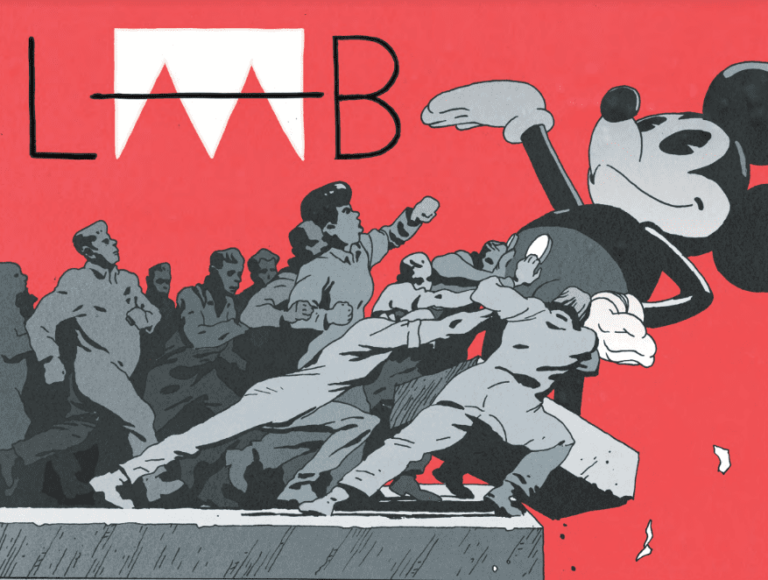 “A Process Not a Product”: An Interview with Ronald Wimberly 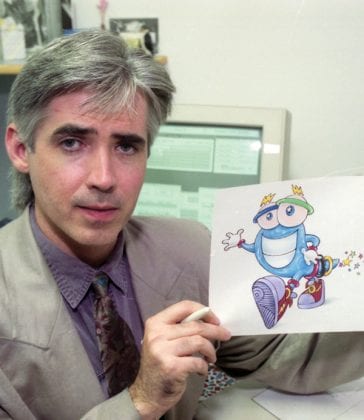