Possibly TMI, but my hands got so sweaty in the heat and humidity this week that the only time I could read comics without the pages turning rapidly into a papier-mâché mulch was around 6.30am while it was still cool outside. Is reading a second-hand copy of The Eternaut at that time in the morning conducive to a positive outlook on life? Friend, it really is not. In the spirit of that, here is a selection of this week’s links.

Only not. Comic. Pen on paper. pic.twitter.com/LI1350lDuX

Making it up as they go along… This week’s news.

• News regarding Valiant Entertainment’s current predicament became slightly more confusing this week, as The Beat reports that Publisher Fred Pierce and Senior Editor Lysa Hawkins remain with the company, but the employment status of other staffers is yet unknown, and the comics output of the publisher will now be a single title a month, which is either a sign of an ‘epic future’ to come, according to Valiant itself, or a return to its tumultuous past. At this point, reader, your guess is as good as mine.

• Elsewhere, The Asahi Shimbun shares news that next year will see all new serialisations appearing in Shueisha’s Shōnen Jump+ receiving simultaneous English language releases, via the free MANGA Plus app, as the publisher looks to tap further into an already booming western readership.

• Forbes reports on Florida’s Mad Cave Studios’ acquisition of Papercutz, the kids’ graphic novel publisher which holds licences for The Smurfs, Asterix, The Hardy Boys, and Nancy Drew, amongst others, along with an extensive catalogue of original comics, during a period when the younger readers’ market is also booming.

• The Australian Cartoonists Association’s President, Cathy Wilcox, released a statement this week condemning News Corp’s decision to cease running comic strips in all its Australian publications, in favour of giving the space over to games and puzzles - the Murdoch family controlled media company owns a large number of newspapers and magazines in Australia, and made record profits in 2021/22.

• The Small Press Expo announced the nominees for this year’s Ignatz Awards, ahead of next month’s return to in-person programming, with Outstanding Artist nods to Ron Regé Jr., Brecht Evens, K Czap, Reimena Yee, and Jesse Lonergan - the full list of nominations can be found here, and online voting sign-up can be accessed here.

• Koyama Provides announced the latest recipient of their grant program, awarding $1,500 to Josh Cotter, which will be used “to print up a small run ‘special edition’ collection of the comic I’m currently working on (titled ∞© or infinite cuck), putting most of the profits towards climate awareness and justice.”

• In memoriam, remembering those the world of comics has lost, as The Daily Cartoonist shared news that comics editor and publisher Ron Barlow passed away earlier this month, aged 73, due to cancer - ComicsDC shared remembrances from Barlow’s friends.

They say it’s better to be a pirate than to join the Navy… and that sure feels like SPX to me! Here’s @cathygjohn’s incredible poster for #SPX2022. We are overdue to share it with you in all its full digital glory. Such a friend of the show - thank you, Cathy! https://t.co/IoCtoNMRox pic.twitter.com/ZhfifCRI66

• Tim Hayes reviews the dented pathos of Nick Drnaso’s Acting Class - “In a comic without thought bubbles, when Drnaso needs to show a character being contemplative he writes out the actual words "So this is me, alone with my thoughts" and plonks those letters down directly on the character's head, there being no other route to the life of the mind from the stiff materialist territory the artist has staked out.”

• Helen Chazan reviews the shining dynamism of Quinn C Amacher’s Syncing #1-5 - “This is an angry, bitter comic, presenting a future where the earth has not recovered from the all-out violence which climate criminals have perpetrated upon her and even the liberated survivors of humanity still carry the awkward aches and seething pains of generational trauma.”

• Keith Silva reviews the shallow preservation of - Steve McCardle’s Vendetta: Holy Vindicator - “In many ways, McCardle was the ultimate insider: a true believer suffused with the gestalt of late '80s and '90s comics, thrash metal aesthetics and the nightmare fuel Derek Riggs supplied for Iron Maiden. McCardle created something so '90s, so Liefeldian, and yet so idiosyncratic and pure it remains beyond the clichés of the extremes it apes due to its total authenticity.”

Martha Cornog has a starred capsule review of the devastating retrospection of Steve Brodner’s Living & Dying in America: A Daily Chronicle, 2020–2022.

- The inventive flourishes of  Nadia Shammas and Marie Enger’s Where Black Stars Rise.

Seth Smith reviews the exciting versatility of Oto Toda’s To Strip the Flesh.

You know what you know… This week’s interviews.

Joe Decie interviews Daniel Locke about Two Heads, the joys of science, working against misinformation, and collaborative workshops - “The need to make money and the practical day-to-day demands of maintaining an art practice are really important. It's something that was never discussed when I was at art college in London. Maybe because I studied Fine Art. (God I really hate that term; I wonder if it's used internationally to define gallery-based art? I'm sure part of the reason I ended up making comics was tied to a rejection of the idea that some art is 'fine' and other art is, what? Coarse? Crude?)”

• Heidi MacDonald speaks with Amanda Conner about Hot & Messy, bringing together art that people may not have seen, and the mesmerising sparkle of Bettie Page.

Goldie Chan talks to Mike Pellerito and Jamie L. Rotante about Archie Comics’ past and future, and the teams behind the publisher’s classic and modern stories.

Elias Rosner speaks with Ryan Holmberg about translating Yamada Murasaki’s Talk to My Back, and working with Drawn & Quarterly to get more work by female alt-manga artists out in the world.

Françoise Mouly chats to Nicole Rifkin about the ‘sun-dappled’ cover for The New Yorker, missing the city, and comic creator inspirations.

Alex Dueben talks to Faith Erin Hicks about Ride On, the key themes of the book, personal experience as a horse girl, burnout and creative exhaustion.

With MICE coming up in October, we're looking for some wonderful volunteers to work with us both leading up to MICE weekend as well as during the event itself!

Words are working hard for you… This week’s features and longreads.

• Here at TCJ, John Kelly reads Dirty Pictures: How an Underground Network of Nerds, Feminists, Misfits, Geniuses, Bikers, Potheads, Printers, Intellectuals, and Art School Rebels Revolutionized Art and Invented Comix, and takes thoughts on the title to author Brian Doherty for response - “Doherty told me his interest in doing the book was sparked while attending the 2018 San Diego Comic Con, which included a series of panels dedicated to underground comics. His interest in the topic grew a few months later while attending the Ignatz Awards at the 2018 Small Press Expo where cartoonist Ben Passmore made critical comments about Robert Crumb during a speech that resulted in a contentious online debate of Crumb's relevance in today's culture.”

• Also for TCJ, Jon Holt and Teppei Fukuda present a translation of Natsume Fusanosuke’s essay on Hasegawa Machiko’s Sazae-san, and the way in which its eponymous character’s enduring popularity transcends generational boundaries - “I was born in 1950, and now I have passed the 60-year mark, but when I was child and living with parents, we already had the paperback books of Sazae-san in the house. I grew up being raised by parents who never read a manga, but I wonder why we had copies of Sazae-san around the house? Even if my house had not had Sazae-san, at that time whenever you went to the dentist or to the barber, their waiting rooms would have it lying about, so it is fair to say it was a manga that anyone might read.”

• Contributors for The Beat try comiXology’s current incarnation out on a variety of devices to assess whether the user experience has improved in the six months since its Amazon integration and  re-launch - tl;dr, it has not.

• Over at Shelfdust, Holly Raymond continues an analysis of the life and times of one Scott ‘Cyclops’ Summers and the character’s anxious moralism depicted in Jay Edidin and Tom Reilly’s Marvel’s Snapshots: Cyclops, while Steve Morris examines the continuing fusion of fiction and reality in Mike Carey and Peter Gross’ The Unwritten #7.

• Drew Bradley’s Ghosts of Comics’ Past series for Multiversity Comics hits 1962, as inflationary pressures for the old school gave way to the new (and still current) school on the stands.

• From the heady world of open-access academia, writing in Media and Communication, Lida Tsene presents a case study on Athens Comics Library’s use of comics in workshops teaching media literacy to marginalised groups.

• For The Phoenix Papers, Ryan Johnson writes on the Renaissance Age of the superhero genre, and how My Hero Academia represents a step in this, transmitting moral values to a generation of young consumers.

• Mike Peterson rounds up the week’s editorial beat, over at The Daily Cartoonist, in a week where, yet again, former President Donald Trump provided much of the subject matter.

• Promoting one of the week’s big comics launches, Drawn & Quarterly presented a short film about Nick Drnaso’s Acting Class, the process through which it came to be, and the allure of cartooning’s isolation.

• Celebrating one of the other big graphic novel arrivals this week, First Second featured Faith Erin Hicks on its Sketch School series, discussing the creation of Ride On, and figuring out a workable shorthand for equine anatomy.

• Faith Erin Hicks also joined David Harper on this week’s edition of Off Panel, promoting the publication of Ride On, as they spoke about the story’s origins, revisiting old work, writing for other artists, and tapping into the fan inside you.

• A couple of trips up in the Word Balloon with John Siuntres as guests included Matthew Klickstein talking about the anecdotes of See You At San Diego: An Oral History of Comic-Con, Fandom, and the Triumph of Geek Culture, and Dan DiDio discussing what to expect from Frank Miller Presents.

• Deb Aoki hosted this week’s edition of Mangasplaining, as a brief witch-focused run concluded with a discussion of the unique pacing of Daisuke Igarashi’s Witches, plus sponsored consideration of the bouquet of Tadashi Agi and Shu Okimoto’s The Drops of God.

• Publisher’s Weekly’s More to Come rounded up a bad time across the board for some of the direct market’s mainstays, as Calvin Reid, Heidi MacDonald, and Kate Fitzsimons listed off the various kerfuffles at DC, Tapas, Valiant, and Oni Press that have arrived in quick succession.

One month until the Boise Comic Arts Festival (BCAF)! Join us September 16-18 to celebrate its 10th year with a full-scale, in-person extravaganza at new venues.

That’s all she wrote for this week, back soon again with more, unless I keep frantically reading about wet bulb temperatures and climate change in a never ending loop. 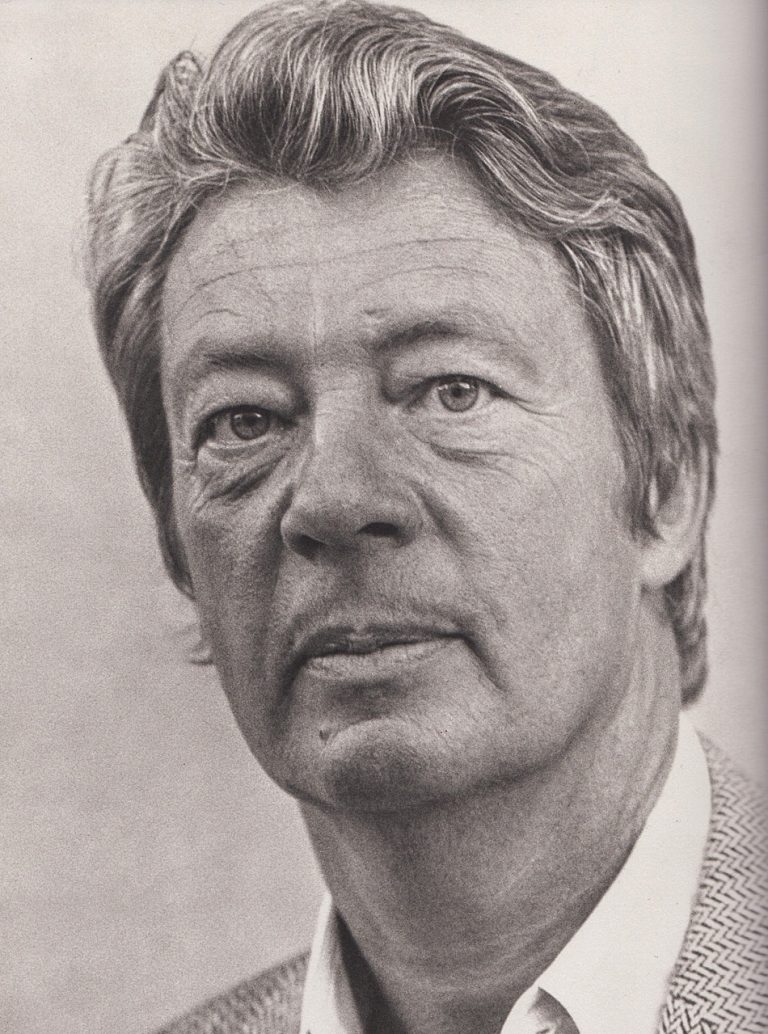 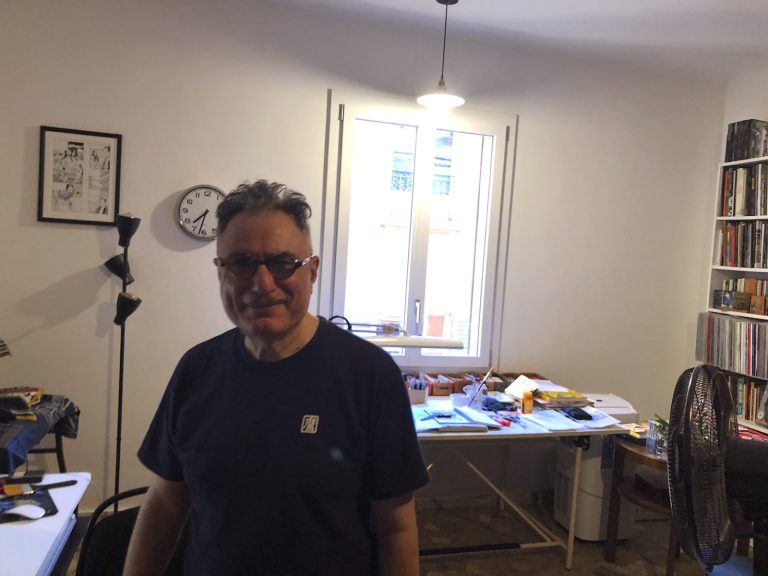 “My Purpose Is Simply To Tell People’s Stories”: A Visit with Igort, and a Look at His New Ukrainian Notebook