Today on the site, we have a special treat for you: an interview with the great Ted Stearn of Fuzz n' Pluck fame conducted by the also great David Mazzucchelli.

DM: (Sifting through books and papers) I’m sitting here going through, like, thirty years of your stuff, and it’s really interesting to see the connections between drawings and paintings you were doing about thirty years ago—

DM: It’s interesting, ’cause I remember a lot of those paintings very distinctly—

TS: You know, Richmond [Lewis] was an inspiration for me. She really was.

TS: Yeah. I mean, I didn’t want to paint like Richmond, but I remember I would go in your apartment and you would have all the Daredevil stuff out, and I was like “Okay, looks good! I want to see Richmond’s paintings, though!” (laughs)

DM: Her stuff was out too, as I recall.

DM: Smart move. Some of the imagery in the paintings you were doing back then found its way into the first comics you were making.  The “Beach Boy” comic for example [published in Rubber Blanket No. 1]—there was a lot of Coney Island imagery and boardwalk scenes in your paintings before that.

TS: Right. Well, that was the first comic I did for you, and that was definitely pulling from my obsession with the Jersey Shore (laughs)—before it was a TV show!

DM: And where did that come from—that obsession?

TS: Um, I don’t know. I think I saw a lot of aesthetic stuff that I was really excited about, and so I wanted to reinterpret it as, not a cacophony, but a whole orchestration of shapes and colors and busyness and—

DM: You mean the combination of signs and different typography and different-shaped buildings and things all crammed together, that kind of accumulation?

TS: Yeah, I think it reflects in the comic maybe a little bit? Just how disorienting, if you walk through a boardwalk area? I was very intrigued by that, and I was also intrigued because it’s right next to nature—beach, ocean, complete nature—and then you’ve got this, you know, orgy of the follies of civilization or something. Also, I grew up in that kind of environment—we would always go to the beach in the summer, and as a kid I loved the boardwalk, the ocean, the whole scene. So it had a lot of personal resonance with me in hindsight, and the whole craziness of the boardwalk made me think about that contrast.

DM: There was another painting of the huge orange with human legs—

DM: —that became Sourpuss in the Fuzz and Pluck comics.

Also, Sara Lautman is back with one more bonus strip to follow up on her week creating our Cartoonist's Diary.

—News. The National Book Critics Circle has announced the nominees for this year's awards, and one of the nominated titles is Michael Tisserand's George Herriman biography, Krazy.

While announcing the news that he has picked David Shulkin (a previous appointee of President Barack Obama) to head the Department of Veterans Affairs, Trump also mentioned that Perlmutter has been "very, very involved" in advising Trump's team on veterans affairs issues. Trump also called Perlmutter—the Israeli-American executive who became Marvel's CEO in 2005—"one of the great men of business" in the Wednesday press conference, Trump's first as president-elect.

FM: We first did it to address our own need, and our need was to do something. Not just sit around being stunned and depressed — we wanted to do something affirmative. That’s when we succeeded, because the outpouring of responses, and even seeing all those images, I think that getting a copy — that’s obviously a reward that it gets into so many people’s hands.

We were also going to do a slideshow of all the submissions that we got. We want people to go “Ohhhh, wow!” There is an absolute force out there. We want them to be as aware as we are of the positive or the constructive force. It’s not a denunciation. It’s not an attack on Donald Trump. It’s a celebration of everything that we have in common, of not just women, but men also, and people for whom gender is fluid, as well as young, as well as old, as well as professional artists, as well as doctors and lawyers and grandmothers, as well as everyone who feels that they lost something on November 8th — they should be able to find something here that is at least as sustaining as what was taken away that day.

The most recent guest on Process Party is Leela Corman.

The release of A Cosplayers Christmas as a standalone comic immediately draws attention to itself as an item of commercial production due to its ties to a season that has become increasingly associated with rampant consumerism and due to the way it invalidates the “perfectness” of the existing collection by implying that what has been produced to date is incomplete, thus requiring the production of a more “perfect” collection at a future date. This commercial aspect of the comic is countered on the comic’s cover by Shaw’s dedication of the item as a gift from him to you, the reader. To further emphasise the conflation of commercial and gift-giving principles, Shaw includes, on the comic’s cover, a depiction of the icon of the festive season, Santa, on the side of a Coca Cola bottle (Coke being the infamous creators of the popular image of Santa via the advertising campaigns they first began in the 1920s). This blurring of the lines between gift and product (you have to exchange money to receive the “gift” and are thus made fully aware of its ascribed monetary value) also alludes to the inseparability of art and commerce, with Shaw purposefully attaching his work to a consumer-centric holiday in order to comment from within its systemic order. In the same way as the designs of previous iterations of Cosplayers reflected the themes that were to be explored within their pages, the market positioning and cover construction of A Cosplayers Christmas summarises the dominant theme of the comic itself.

“The idea occurred to me right before the election,” the New York City-based artist told The Huffington Post on Saturday. “Trump had said so many outrageous things during his campaign that I wanted to catalogue them.”

“It was important to me to only use Trump’s actual quotes, I didn’t want to put any words in his mouth,” he added. “Once Trump became the president-elect, I felt I had to do it.” 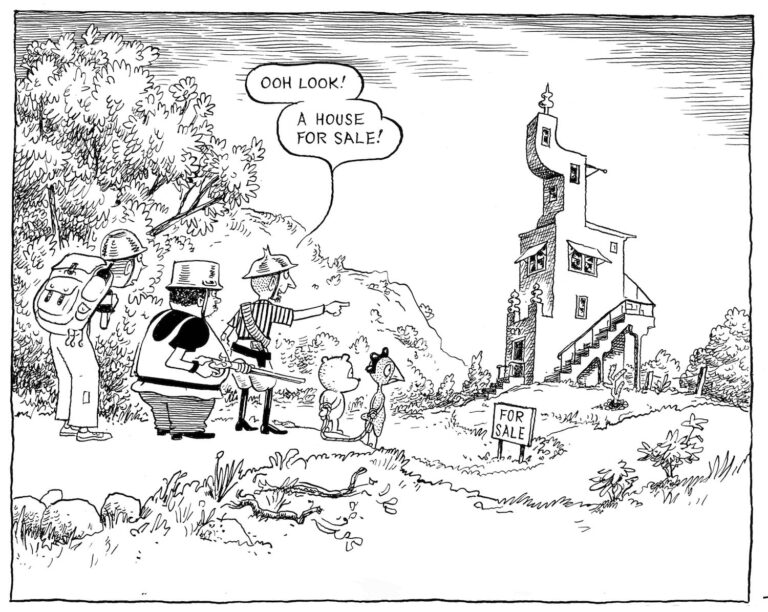 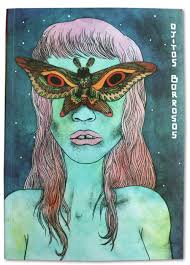