Far too hot for much other than lying on the sofa hugging an ice pack, so lukewarm takes only in this week’s links, a selection of which can be found below, with long-term planning needed urgently for what will happen to the scorching hot takes industry as the ongoing climate crisis intensifies.

• Starting the week off by checking in with news of ongoing legal actions brought by manga publishers against alleged operators of piracy sites, and TorrentFreak reported on the somewhat convoluted prosecutorial process against popular site Mangabank’s operator, culminating in a fine of around $6,800 being issued by a Chinese court, where the defendant resides. The site had apparently employed geoblocking to restrict its access within China, preventing domestic copyright infringement, resulting in the fairly meagre penalty.

• The New York Times and the Los Angeles Times herald the return of San Diego Comic-Con, in full swing this afternoon, focusing on the event’s mask mandate and proof of vaccination/negative COVID-19 testing requirements for entry, amidst a surge across California in SARS-CoV-2 infections, undercounting of which may be hiding a wave bigger than that seen in winter 2021.

• Forbes reports on Webtoon’s annual spending figures, with the digital platform announcing that its monthly payments to English-language creators are now averaging more than $1 million dollars per month - the spending spree in the vertical scroll space looking set to continue, as The Beat covered the recent buyout of Korean digital platform Toomics for $160 million by investment firm NPX Capital.

• Conversely, in not paying creators news, The Hollywood Reporter covers the less-than-satisfactory sums paid out by Marvel to comic creators whose work has been mined for the Marvel Cinematic Universe under the company’s Special Character Agreement contracts, due to misleading terms found therein, reducing in one case the amount eventually received by 80% from the dollar figure predominantly stated in the agreement - parent corp the Walt Disney Company reportedly generated a net income of $2.02 billion in the fiscal year of 2021.

• Industrial action news, and Wednesday saw a pair of strikes take place, as unionised HarperCollins staff downed tools over the publisher’s failure to agree on a fair contract for employees; and Hilton San Diego Bayfront workers formed a picket line over wages and benefits which abruptly came to an end on the same day after the hotel decided that staff would indeed be necessary for the sold-out Comic-Con weekend, and offered up a fair proposal.

• In memoriam, remembering those the world of comics has lost, and news broke early in the week on social media that multidisciplinary artist Valis Ortíz, one of the principal forces behind comics and zine micropress and distro Gatosaurio, passed away last weekend aged 39 - tributes were paid from the Mexican independent scene, celebrating Ortíz' musical and artistic legacy.

• News was shared on Thursday of the death of storied comics writer Alan Grant, aged 73 - 2000 AD wrote in tribute to Grant, citing the writer’s “sharp eye for dialogue and political satire,” and numerous remembrances were shared on social media from fans, friends, and colleagues.

- The keen insights of Yamada Murasaki’s Talk to My Back, translated by Ryan Holmberg.

- The cutting hilarity of Michael DeForge’s Birds of Maine.

- The disturbing horror of Antoine Maillard’s Slash Them All.

- The whimsical eccentricities of Michael DeForge’s Birds of Maine.

- The immaculate elegance of Guojing’s The Flamingo.

Presents a Summer Interview Extravaganza, as conversations are had between:

• Jason Bergman and Jeff Smith about Tuki, dream imagery, being a fan of the epics, and the evolution of the graphic novel - “What's important to me is that the reality that's established of the time period, of the real technology that was available and the fruits and the plants, and fire and multiple human species, I want that to be very real. I try to keep that feeling very real, but then to elevate the story, I'd like to put in the fantasy, not to cheat. Do you know what I mean?”

• Sommer Browning and Paolo Javier about O.B.B., the inescapability of comics, family trees of illustrating, and recent reads - “I used to draw as a kid. In fact, I had a very active drawing practice. I drew until it became uncool to admit it. My dad was a talented illustrator, and it was his secret ambition to be a professional animator, so he passed on his love for drawing via all the comics he would buy for me in addition to the cartoons he would let us watch. He wound up making the more sensible decision and pursued a degree in economics and accounting.”

• Evheny Osievsky and Oleksandr Grekhov about going with the flow, the importance of community, and drawing for yourself - “What I am earning now is, maybe, five times less than what I could have earned in IT or thereabouts. It is also very irregular, dependent on the specific project. If you have one, you have money, if you don’t - you are eating through your stash. I became an illustrator because of passion, not because of financial incentives. Wanted to be happy, really.”

• Tom Kaczynski and Keith Tilford about Chronosis, experimenting with the comics form, the burden of creative freedoms, and cultivating vitriol over metaphysical claims toward artistic creation - “I grew up as a teenager collecting comics in the '90s so the reader can infer how embarrassing that is in terms of what I might have been looking at! Really though, while I did take a very, very long break I would at least dip into a comic book store once every year or two, sometimes more, just to see if there was anything interesting. But nothing really hooked me the way comic books did when I was a kid.”

David Brooke talks to Scott Snyder about a new slate of books for comiXology, working across genres, creator-owned collaborations, and telling personal stories.

Nikky Manfewdi talks to Julie Doucet about Time Zone J, the heavy sugar of the past, focusing on the work rather than the reader, and the visual inspiration of Charlotte Salomon.

Steven Heller speaks with Noah Van Sciver about Joseph Smith and the Mormons, childhood in the Church of Jesus Christ of Latter-day Saints, and finding the narrative voice.

• Brian Heater interviews Noah Van Sciver about Joseph Smith and the Mormons and As A Cartoonist, leaving comics for painting and returning again, and the creative path to this new work of graphic biography.

• For The Paris Review, Amber Medland writes on E.E. Cummings’ place in the Krazy Kat fandom, and the crossover between Herriman and Cummings’ controlling of time on the page.

• Over at The Washington Post, Michael Cavna profiles the editorial cartoonists reporting on the January 6th hearings, and the commonalities of depicting chaos in their work on the subject.

• Brigid Alverson rounds up the retail beat for ICv2, covering recent stories from the world of bricks and mortar, as various stores open, close, and expand in a somewhat turbulent time for commerce.

• Ahead of this weekend’s return of San Diego Comic-Con, Gizmodo presents excerpts from Mathew Klickstein’s upcoming oral history See You At San Diego, as various of the industry pass comment on the transmedia licensing and promotion extravaganza.

• Looking back on a comics event just passed, for Solrad, Pietro Scarnera has a scene report from the 11th Festival BD de Montréal, which returned to in-person eventing in May for the first time in two years.

• For Hyperallergic, M. G. Moscato looks at the enduring lack of diversity in independent comics and graphic novel publishing, and highlights creators making their own diverse spaces outside of this system.

• Previewing publication of Gabrielle Bell’s Career Shoplifter in September, Uncivilised Books’ Tom Kaczynski presented an updated essay on Bell’s work and the history of diaries and diary comics - Kaczynski also has an ongoing series on Jim Starlin’s Dreadstar, the latest entry of which went up this week.

• For Polygon, Jessica Crets looks back on Rachel Pollack’s Doom Patrol run, and the character of Kate Godwin, aka Coagula, charting the history of trans women characters in Big Two comics, and speaking with Pollack about the reader response at the time.

• For AIPT, Rory Wilding writes on the missed potential of Tom King’s Batman/Catwoman series, and its closing of the overarching Bruce Wayne-focused narrative of the last 6 years, as split chronology leads to a fragmented finale.

• From the world of open-access academia, for Ulumuna: Journal of Islamic Studies, D.I. Ansusa Putra highlights Indonesian depictions of heroism in Islamic comics, analysing their presentation of Muhammad al-Fatih.

• Mike Peterson rounds up the week’s editorial beat, over at The Daily Cartoonist, as the 45th President and mass shootings remained above the fold.

NEW Legalization Nation: I speak with @andrewsweiss about the situation with Brittney Griner. It's worse than I had previously thought. pic.twitter.com/T0ZPqQCMhl

• Katie Skelly and Sally Madden reconvened to assess the Thick Lines of Paul Dini and Bruce Timm’s Batman: Mad Love, compare the toxic ex vibes of Bruce Wayne and the Joker, and determine which is the best and worst Harleen Quinzel look.

• Christopher Butcher hosted this week's episode of Mangasplaining, as the team discussed the generationally separated cultural behemoths of Kohei Horikoshi's My Hero Academia and Yukito Kishiro's Battle Angel Alita, and the difference between those stories and contemporary superhero fare from America's Big Two.

• David Harper welcomed Jordan Blum and Patton Oswalt to Off Panel this week, as they spoke about Minor Threats, putting the d-grade villains in the spotlight, the draw of comics, and why everyone loves a loser.

• Calvin Reid and Heidi MacDonald were joined by Drawn & Quarterly’s Peggy Burns for Publisher’s Weekly’s More to Come, as they spoke about making books during the pandemic, selling books in the current climate, and the publisher’s history.

• A few pre-SDCC trips up in the Word Balloon, as John Siuntres spoke with Dan Panosian about Canary, Ryan Alexander-Tanner about Muhammad Ali: The Greatest Comics Biography of All Time, and Ron Marz about Almost American.

• A continuing SummerSlam from Cartoonist Kayfabe, as this week Jim Rugg and Ed Piskor took a little look-see at Ten Years of Love and Rockets, We3, She-Hulk, Prophet x Bloodstrike, Marvel Fanfare #18, and Ghost Rider #1.

• If you’re reading this at the time of publication then you’ll still be able to sign up for the Billy Ireland and Charles M. Schulz Museum’s virtual event celebrating the life and work of the Peanuts creator, taking place tomorrow at 2pm ET.

That’s it for this week, back soon with more, unless my laptop takes flight from the amount of hot air its fans are currently firing out. 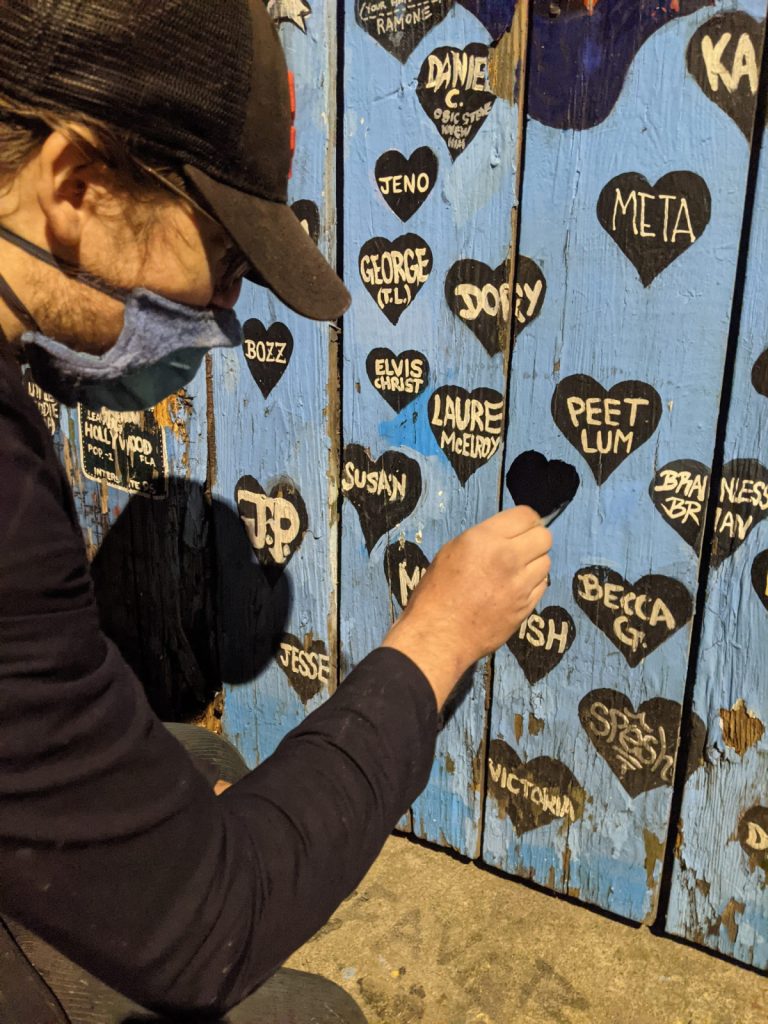 “You Sell Your Soul To The Devil, That’s A Done Deal. No Backsies”: An Interview with Mike Reger 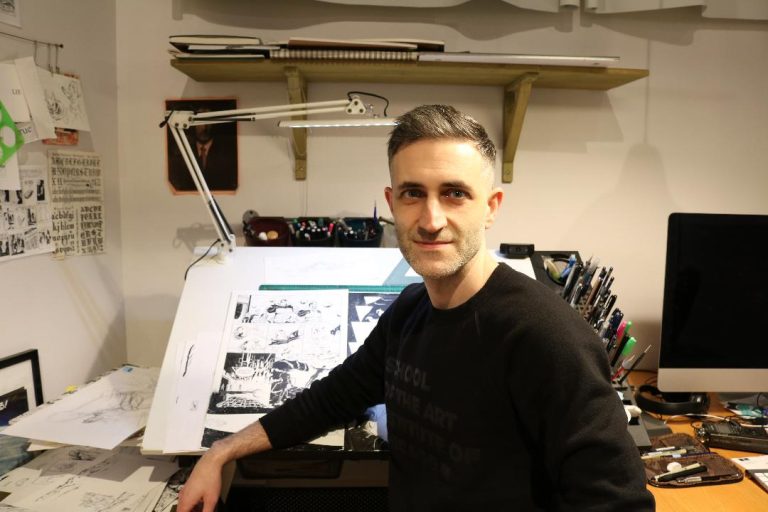 “I Feel More Free And Brave Now As An Artist”: An Interview with Tyrell Cannon