Tim Kreider is my guest this week inside the TCJ Talkies Talkie Hutt. Tim's collections of comics published by Fantagraphics include The Pain - When Will It End?, Why Do They Kill Me?, and Twilight of the Assholes. Most of the comics included in these collections were originally published in the Baltimore City Paper.

Tim has often insisted that he doesn't consider himself a proper political cartoonist, but was only drafted into writing about current events by the lunacy of the times. It's true that going back and re-reading Tim's comics in the run-up to the Iraq war, is a vivid reminder of how hysterical things were at that time (not in a good way).

When he was serializing his comics online, Tim would include an "Artist's Statement" essay with each one, in which he would further explore the ideas behind the cartoons. Twilight of the Assholes included these essays, which are brilliant, and I was glad to hear that a book entirely composed of his essays, We Learn Nothing, is due later this year.

After our chat, Tim sent me the following item of interest:

As for the relationship to Quakers, this is the only chart I could find that included both.

So looks like they're actually completely different offshoots who ended up looking very similar, kind of like sharks and dolphins.

Sadly, this episode of TCJ Talkies marks the final episode I'll be producing. I am not happy to be hanging up my Talking Hat and Slippers, but it was a decision I had to make. I offer a rambling and roundabout explanation for my reasons in the episode. I'd just like to thank everyone who listened for listening, and if you'd still like to hear me "on the air," you can subscribe to my other podcast, The Ink Panthers Show! to get your fix. 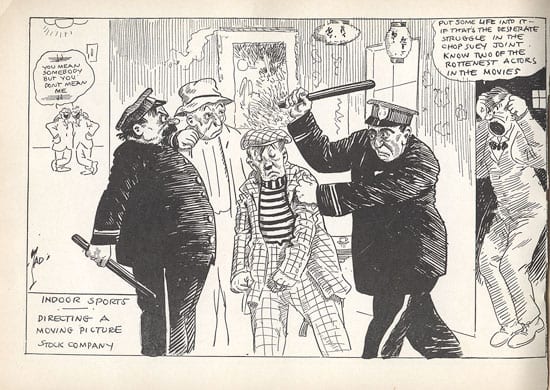 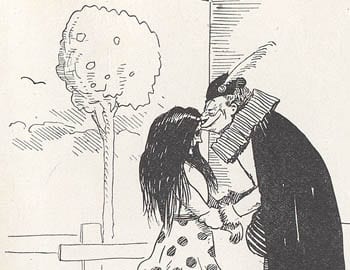