I never asked him what the ‘M’ stood for.  Probably because we had plenty of other things to discuss. Although now, if you asked me what we talked about, I couldn’t tell you. What I can tell you is that we were fated to meet.

In the fall of 1978 (or perhaps during the ensuing winter), I decided to write down my theories about how comics work—how their success depends upon a blend of words and pictures to achieve a meaning that neither words nor pictures attains alone without the other. I entitled the essay “The Aesthetics of the Comic Strip” and submitted it to the Journal of Popular Culture.

And then, I mostly forgot about it until I was reminded the following spring.

In the spring of 1979, I was in Kansas City doing a site inspection. My full-time job was as convention director for the National Council of Teachers of English, and NCTE was considering Kansas City as a site for a future convention. My role was to inspect such site candidates and write a report outlining the convention facilities at each of the sites being considered.

When I phoned my wife one evening, she told me that I’d received a phone call from Thomas Inge, who wanted me to call him back. I’d never met him and barely knew the name, but that was enough.

The next day, soon after I’d arisen, I phoned the number my wife had given me. When Tom answered, he told me that he was the guest editor of the Journal of Popular Culture’s special issue that would be devoted to scholarly treatment of comics and cartooning.

And then came the fated part: he said he had planned to invite me to write for that issue an article exactly like the one I’d written and submitted.

Obviously, the fates intended that we should meet. And become friends.

He had been reading my column on comics and cartooning, history and lore, in the Menomonee Falls Gazette, a weekly comic strip tabloid to which I’d been contributing since October 1973. 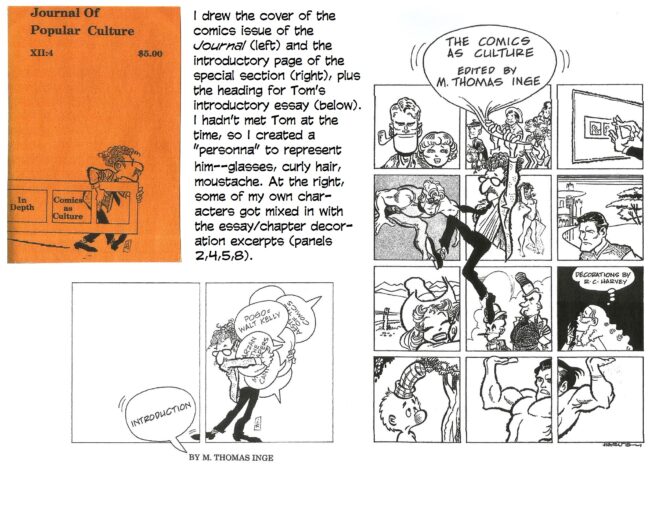 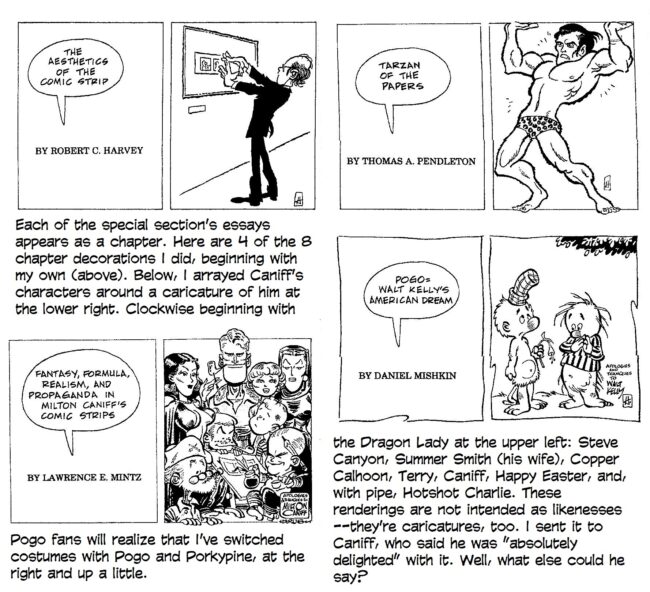 And Tom and I became friends.

We’d run into each other at comic conventions or at the periodic “festival” of cartooning held at the Cartoon Research Library at Ohio State University (eventually retitled The Billy Ireland Cartoon Library & Museum—I love the ampersand). We always had dinner or lunch together.

A dozen or so years later, we were on the phone together. I can’t remember whether he had phoned me or I had phoned him. At the time, Tom had become a special consultant on popular culture for the University Press of Mississippi, a role he filled for the rest of his life. The University Press had published his Comics As Culture in 1990. And now, as it turned out, he had another book in mind.

At one point in our conversation, he said something like: “With all the writing you do about cartooning, by now you must have enough material that you could, with very little work, turn it into a book-length production.”

He had in mind a book like his Comics As Culture: a book with an umbrella title that would embrace a collection of miscellaneous articles.

And so with his encouragement, I pulled together about 20 articles on comic strips, cartoonists, and comic books, strung them together, and submitted them to the Press. They decided that they would like to publish such a book, but what I’d submitted was too long. If I could reduce it by 50 percent, they’d publish it. I did, and they did. In 1994. The Art of the Funnies: An Aesthetic History.

Even before the book was in print, they wanted to publish a sequel, using the material I’d deleted from the original manuscript. That material was exactly half of my original submission, and it was published in 1996 as The Art of the Comic Book: An Aesthetic History.

Yes: that’s right: Tom Inge is responsible for my subsequent career as an author of books about cartooning and comics, thirteen of them so far (two more of them with the University Press of Mississippi).

And with that, you see the reason for this long personal anecdotal essay. Just as Tom, acting in his Press role as consultant, nudged me into writing books about cartooning, he also nudged others to produce serious, scholarly books about comics and other aspects of popular culture. 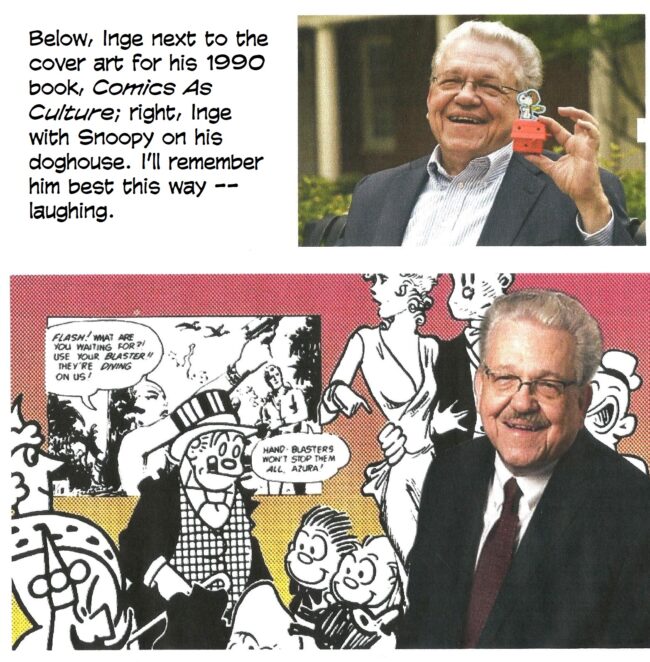 Tom Inge is not only one of the earliest academics to teach and write about comics: he was also a mover and a shaker in developing an entire field of scholarly endeavor. I don’t think anyone else can lay claim to such an achievement.

OBITUARIES FOR INGE customarily begin by calling him a legendary trailblazer, a pioneer, in comics scholarship—to which I might add that he was virtually the creator of comics scholarship. Most of what follows, I’ve taken from an article by Brian McNeill, University Public Affairs at Virginia Commonwealth University. I’ve added a little here and there from other obits.

Inge, who was the Robert Emory Blackwell Professor of English and the Humanities at Randolph-Macon College, was among the first academics to teach about comics and was one of the earliest scholars to write about comic strips, graphic novels and comic books.

He was the author of more than 50 books, including the three-volume Handbook of American Popular Culture — cited by the American Library Association as an outstanding reference work in 1979 — and Comics as Culture, a groundbreaking 1990 exploration of the history and development of American comic art.

He maintained a steady influence on the field by serving as general editor of the Great Comic Artists and Conversations with Comic Artists series published by the University Press of Mississippi.

Cindy Jackson, library specialist for comic arts at Virginia Commonwealth University, where Inge taught 1969-1980, said Inge was a trailblazer in the field of comics scholarship.

“We would not be where we are today in the field if it was not for his love of comics and his dogged persistence that comics were a literary art form and not just disposable entertainment for kids,” Jackson said. “The literary world has come around to his way of thinking and now there is all kinds of exciting research being done in the world of comics.

“The things I will always remember about Dr. Inge,” she added, “were his kindness and generosity. He always made time to talk to students and scholars researching comics. He was free with his knowledge and was always enthusiastic with his support.”

Milton Thomas Inge was born on March 18, 1936 in Newport News, Virginia, son of Clyde Elmore and Ernice Lucille (Jackson) Inge. As he grew into his teenage years, he wanted to be a cartoonist. He eventually abandoned that goal when he discovered that he loved literature and wanted to teach.

Inge earned bachelor’s degrees in English and Spanish from Randolph-Macon College in 1959 and M.A. and Ph.D. degrees in English and American literature from Vanderbilt University in 1960 and 1964. After teaching at Vanderbilt, he joined the faculty of the Department of American Thought and Language at Michigan State University. There, in 1968, he taught the first accredited course on American humor, and taught how comic strips can be considered an important source of cultural identity.

He was on the faculty at Randolph-Macon for more than 30 years, teaching popular American Studies courses, including American Humor, Graphic Narrative, Animation in American Culture, and Walt Disney’s America.

During the 1990s, Inge wrote the acclaimed essay, "Was Krazy Kat Black? The Racial Identity of George Herriman" for Drawing the Line: Comics Studies and Inks, 1994-1997, edited by Lucy Caswell and Jared Gardner (Ohio State University Press, 2017): 40-51, which has completely transformed the study of George Herriman's work in the years since. His 1995 monograph, Anything Can Happen in a Comic Strip: Centennial Reflections on an American Art Form, was also a seminal work in comics study.

Inge continued to shepherd others into producing historical essays and books of research and reportage. Mike Rhode, whose online comics research bibliography keeps tabs on cartooning, tells of his experience with Inge (in italics)—:

Tom and I probably met at a convention, but we became better acquainted when I was called up from the minors to fill in for two Harvey Pekar interviews at SPX. I did them, and then transcribed them for John Lent's International Journal of Comic Art. Not wanting to miss a wider audience, I offered them to Tom for whomever might do a book in Tom's Conversations with Comics Artists interview series at the University Press of Mississippi.

Tom instead wrote back, changing one direction of my life: "How about your doing the Pekar volume in the Conversations series?  I don't have anyone signed up for him, strange to say, and you already have two interviews I assume.  Have you resources to locate the previously published ones? "

Never having edited or compiled a book before, I wrote back that I'd think about it, and then a day later— "Tom,  I'm still mulling it over although I'm leaning towards doing it" (July 20, 2006).

So I did it, and Harvey Pekar: Conversations came out in 2008. Not learning from experience, I wrote to Tom about doing a collection of Herblock interviews. He responded favorably to me and the Press editor.

Alas, the Herblock Foundation, which controls the rights to everything having to do with editoonist Herb Block’s life and art, didn’t warm to the idea, and Rhode retired from the editing game. About Inge, though, Mike summarizes:

“Tom was one of the best and most productive members of the first group of academics to study comics. He was an immense help to my second career, and to many others, and the field is much richer for his time spent cultivating it. He'll be missed by many.”

Inge brought his expertise to the Randolph-Macon campus through several of his popular American Studies courses, such as American Humor, Graphic Narrative, Animation in American Culture, and Walt Disney’s America.

Inge was a renowned scholar in other fields, as well, including being one of the foremost experts on the work of William Faulkner.

As a senior Fulbright Lecturer, Inge traveled the world, teaching at the University of Salamanca in Spain (1967-68) and at three institutions in Buenos Aires, Argentina (1971). On a third Fulbright appointment in 1979, he offered courses on American humor and literary regionalism at Moscow State University in the Soviet Union.

At the invitation of the Gorky Institute, he returned to the Soviet Union to participate in conferences on Sholokhov and Faulkner and the works of Eudora Welty. He has led travel-study courses to the Soviet Union in 1988 and China in 1989, and in 1994 he taught at Charles University in Prague on a fourth Fulbright lectureship.

Inge was among the founders of the Popular Culture Association and co-founder of the American Humor Studies Association. In 2018, he received the Lynn Bartholome Eminent Scholar Award, the highest honor offered by the PCA: it recognizes distinguished scholars who have made significant and lasting contributions to the study of popular and American culture.

In 1996, the PCA established the annual M. Thomas Inge Award for Comics Scholarship to recognize works of distinction in that field. 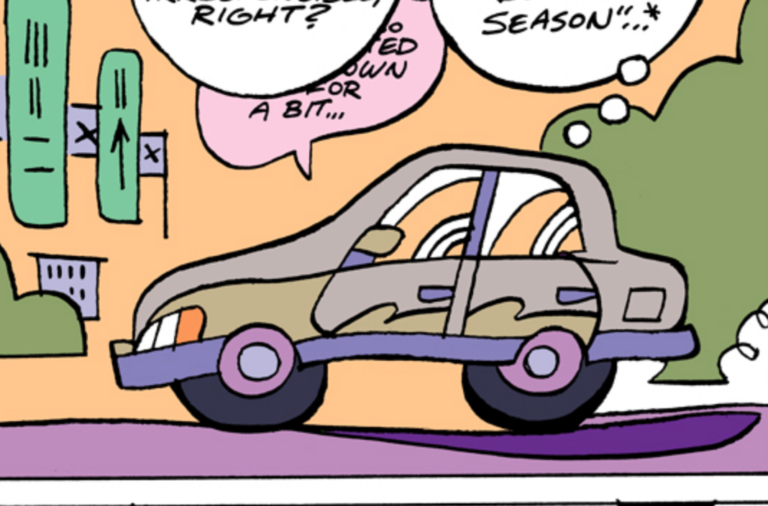 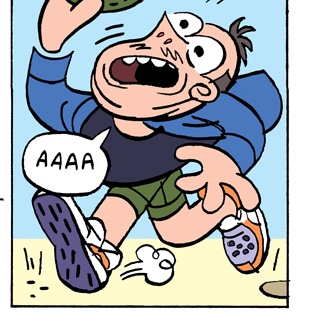