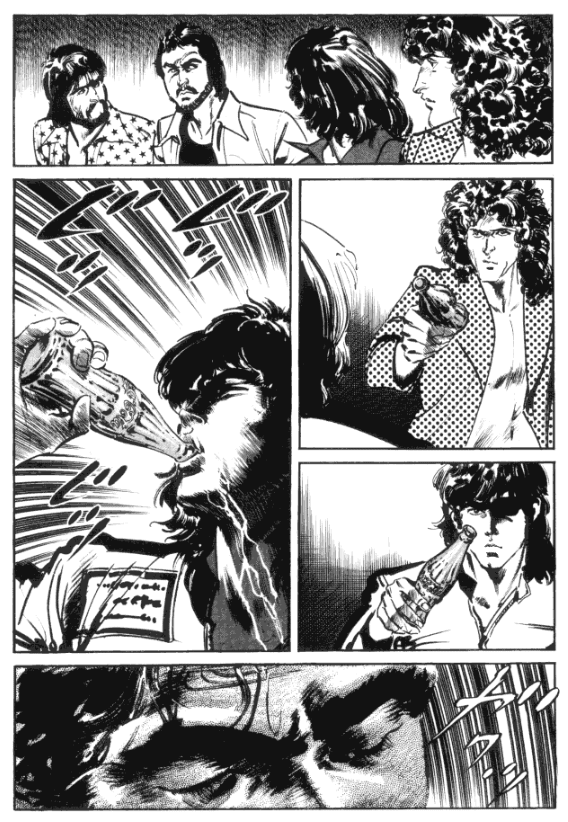 I don't feel all that well right now, not unlike the gentleman in the bottom panel, so I'm just gonna try and push through this week. I don't think any of the books I'm listing are hallucinatory.

And no, you're not seeing things either - that is indeed the Who, as drawn by Japanese comics veteran Ryōichi Ikegami in his 1973-77 series I Ueo Boy (aka AIUEO Boy, aka The Starving Man) with writer Kazuo Koike. Powerful as the image of Roger Daltrey offering succor to our gekiga hero may be, I suspect the surviving remnants of the group today would not be amused to discover their involuntary participation in a project so overloaded with leering sexual violence (among other sensational traits) as to likely restrict it to Japanese publication beyond even the concerns of age; I don't know of any foreign translation of this stuff anywhere in western Europe or the Americas, nor am I aware of any unauthorized translations online. For his part, Koike has seemed eager to position the whole thing in a rather specific period of time for the manga industry, where agitations against Japanese public policy inspired swaggering displays of unconcerned action for the delectation of frustrated consumers - "the kind of manga readers I wrote The Starving Man for aren't around any more," Koike noted in 2002. As for the Who, in a 2006 edition of the Anime World Order podcast, author and editor Patrick Macias (at 36:00) alludes to a Japanese magazine interview which inquired as to Koike's insistence on dropping this popular band into his narrative: "I only write about my friends," was his purported reply. 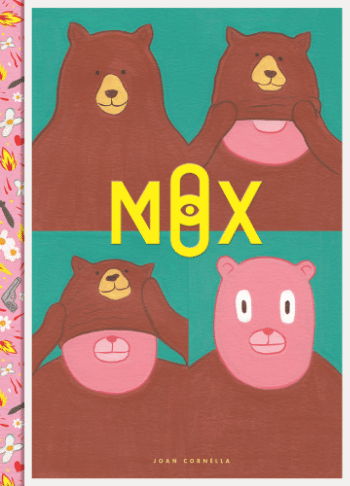 Mox Nox: In which Fantagraphics presents which I understand to be the first North American print edition of webcomics by Spanish artist Joan Cornellà, who paints wordless, violent six-frame gags powered by blithe cruelty and satisfied grins. You've probably seen a bunch of these floating around on your social media platform of choice, but now 56 pages' worth can be owned in a 6.5" x 9.5" hardcover. Samples; $14.99. 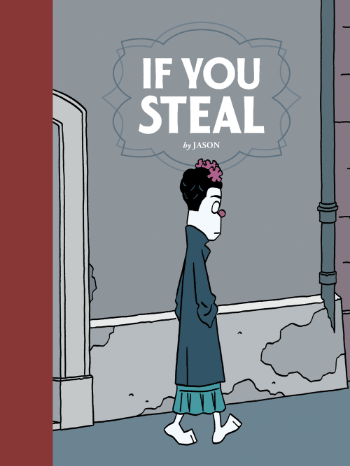 If You Steal: And here is another Fantagraphics release for this most conflict of interest-tinged spotlight, a new 208-page collection of eleven color stories by the excellent comics veteran Jason, mashing up public personalities from throughout history with his own popular-cultural preoccupations. Jason remains an artist with which I'm always willing to engage; $29.99.

The Yankee #1 (&) Fedor: A pair of new releases via Alternative Comics, albeit from two different publishers which typically get their wares into Diamond-serviced shops by their route. The Yankee is a Press Gang release of a Study Group webcomic from writer Jason Leivian (also the owner of Floating World Comics) and artist Ian MacEwan (known in comic book stores for Image projects like Sex and some upcoming stuff in Island); surreal happenings dominate 52 pages, about a third of which cannot be found online. Fedor is a 40-page Hic & Hoc publication of work by Patt Kelley, recounting the romantic travails of a circus sideshow performer; $7.95 (Yankee), $8.00 (Fedor).

Nanjing: The Burning City: I am not familiar with the works of Ethan Young -- he appears to be an award-winning webcomic artist -- but there's some decent atmospherics in the sample images for this 224-page Dark Horse original hardcover, an account of tribulations facing Chinese soldiers in midst of Japan's taking of the republic's capital in 1937. Preview; $24.99.

Secret Wars: Secret Love: One notable characteristic of a line-wide superhero shared universe event thing like Secret Wars is that small tie-in anthology comics have a tendency to showcase artists not generally seen at the monthly work-for-hire grind. One of them was Secret Wars: Battleworld #4, which had a new James Stokoe Silver Surfer short, and another is this romance-action pastiche, which promises among its offerings a new solo Daredevil tale from Michel Fiffe of Copra (handling every aspect save for the lettering, via Clayton Cowles) and a Ghost Rider piece by Felipe Smith of the manga Peepo Choo (with colorist Val Staples & letterer Cowles). Both of these artists have written for Marvel, mind you, but their drawing is far rarer in this sphere. Samples; $4.99.

Zagor: Terror from the Sea (&) Magic Wind Vol. 7: Windigo: Two here from the Italian comics specialists at Epicenter Comics. If I am not mistaken, Zagor is a Sergio Bonelli creation dating back to 1961, blending the white-man-gone-native tropes of Tarzan and the ever-popular American Wild West setting of many a cowboy opus with mystic and supernatural elements. This particular 312-page(!) installment aims to collect an entire extended Lovecraftian storyline from writer Mauro Boselli and artist Stefano Andreucci with various supplementary texts. Magic Wind is another western/horror blend, and the primary focus of Epicenter's attention; its seventh edition presents a 104-page snowy monster story from writer/creator Gianfranco Manfredi and artist Pasquale Frisenda. Zagor preview, Wind preview; $15.99 (Zagor), $12.99 (Wind).

Wonder Woman by George Pérez Omnibus (&) Marvel Firsts: The 1990s: Two very different hardcover back-breakers here, aimed at separate generations of superhero readers. Pérez's late '80s tenure on Wonder Woman started a little before my superhero-reading time, so I don't have any first-hand experience with it; my understanding is that many still consider it one of the few distinguished runs with the notoriously tricky title character. All 24 initial issues with Pérez scripting and drawing (with various inkers and co-writers) and the 1988 Annual (with guests like Art Adams, Brian Bolland, José Luis García-López and Curt Swan) are included in this 640-page tome. I *did*, however, log hours upon precious hours with the dubious goods included in Marvel Firsts, a 1,288-page terror aimed at those with an undying dedication to Blackwulf, aghast at the notion of paying a mere quarter for the likes of X-Force #1 or the first issue of that Gambit miniseries Klaus Janson inked. And it's just those first issues that are included here, along with over three dozen other... notable debuts; $75.00 (Pérez), $125.00 (1990s). 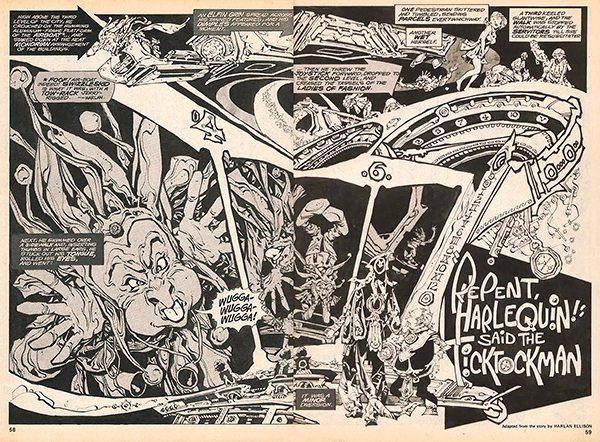 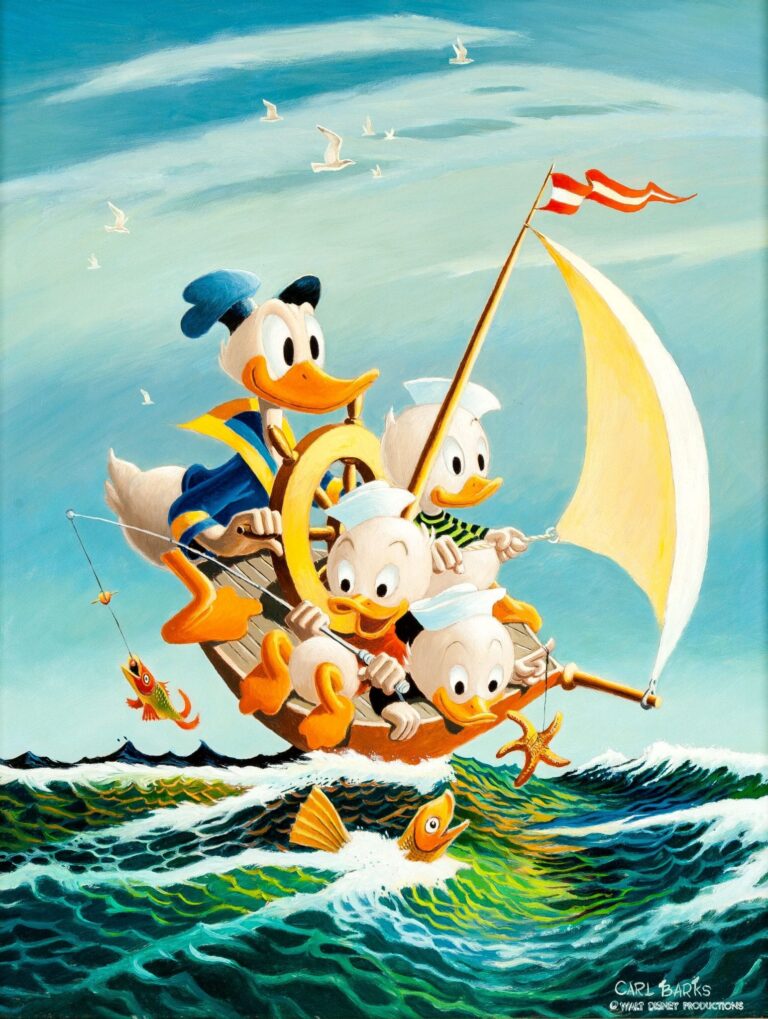