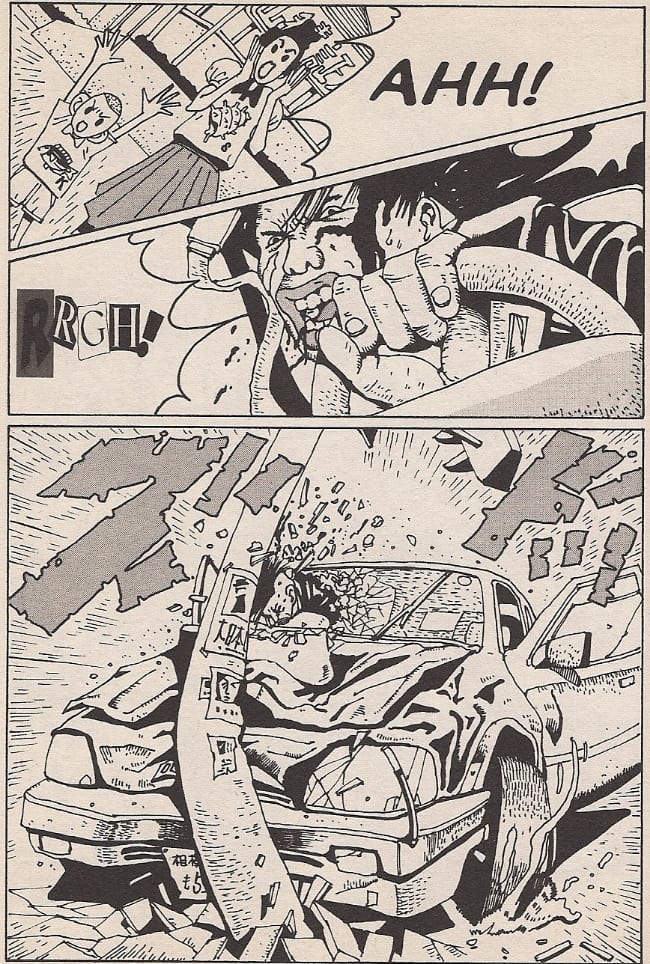 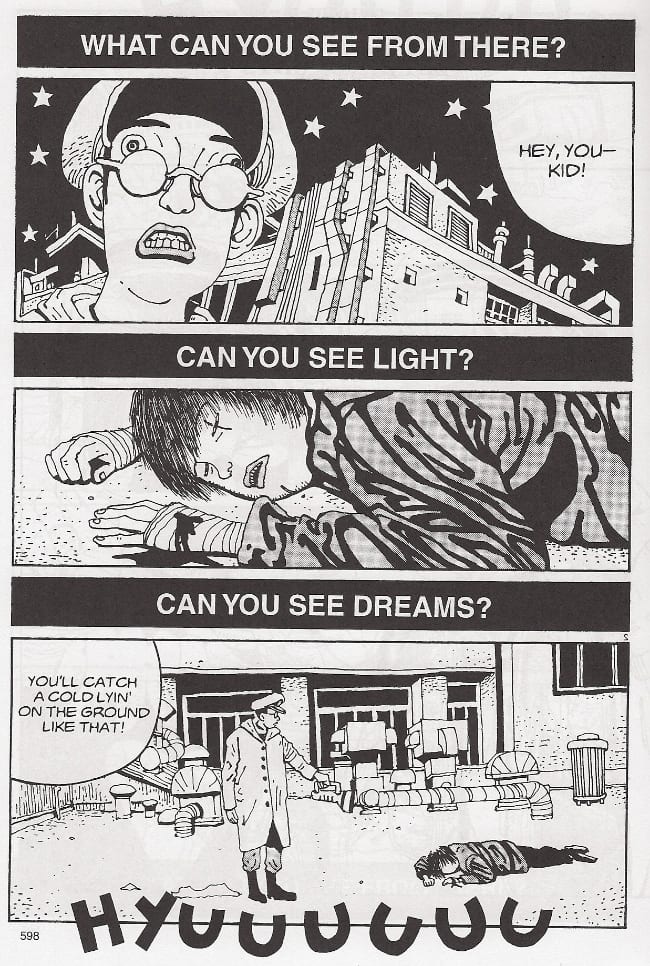 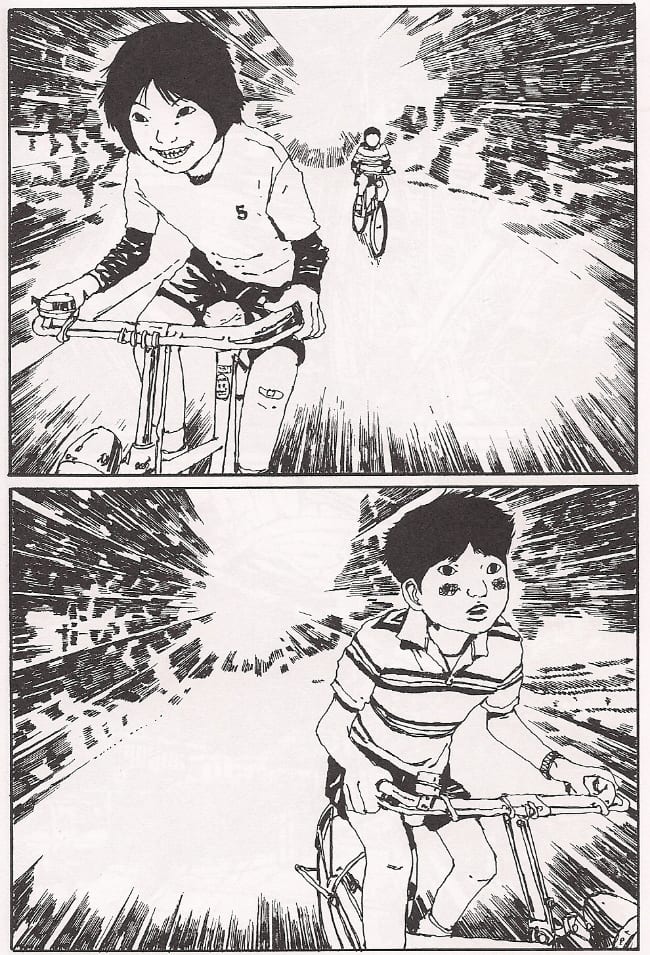 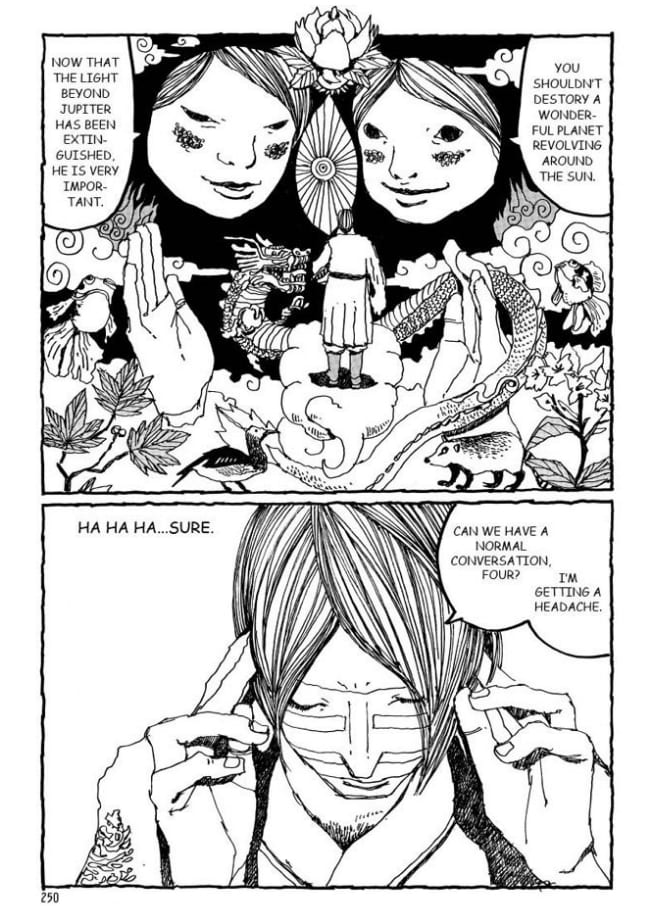 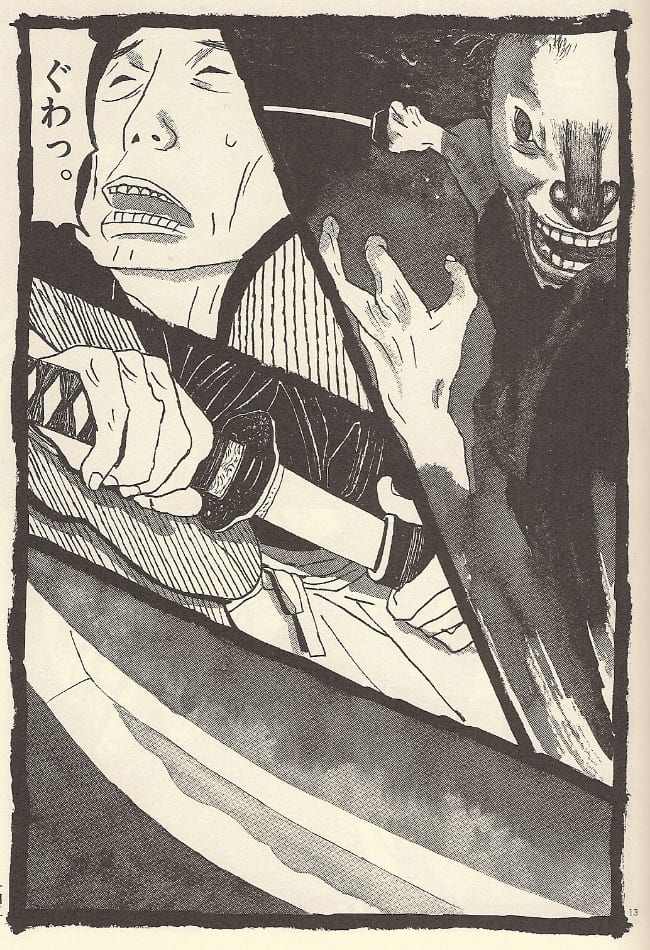 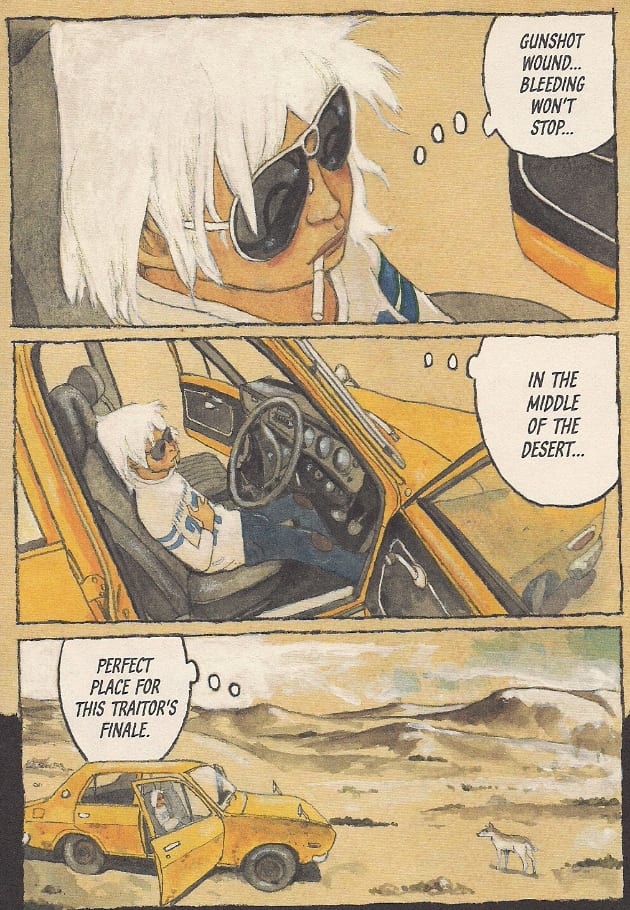 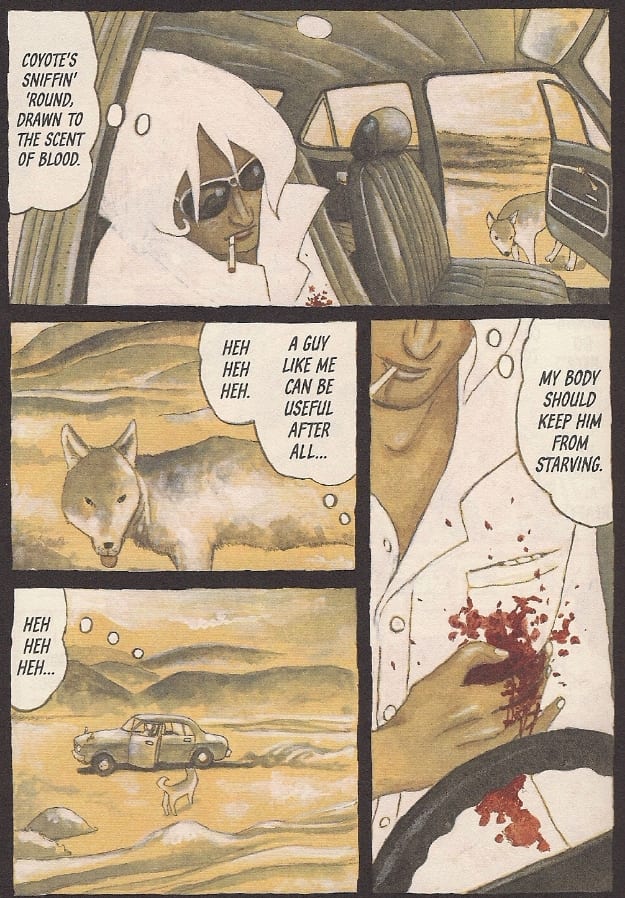 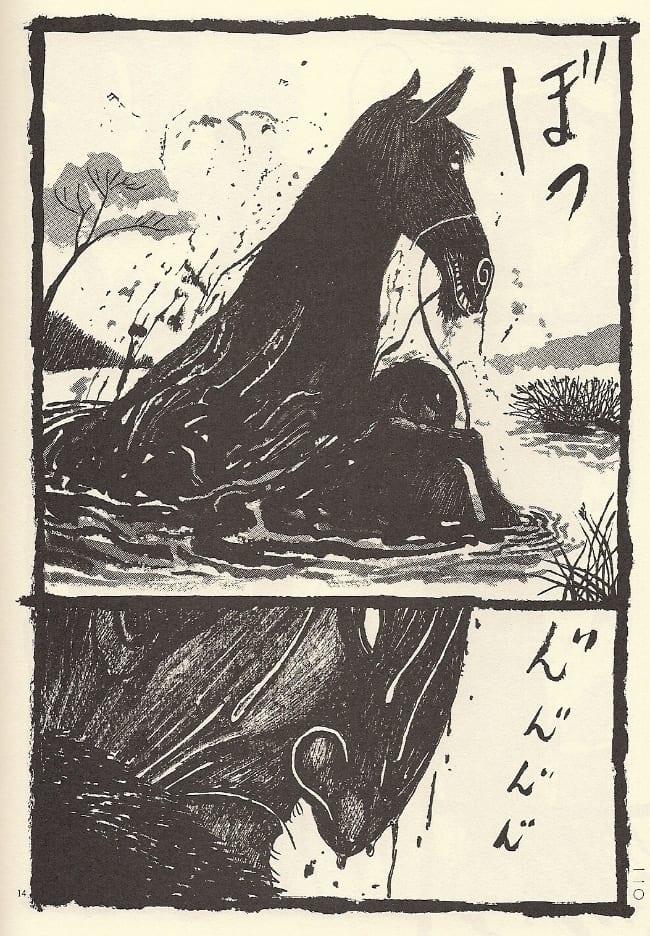 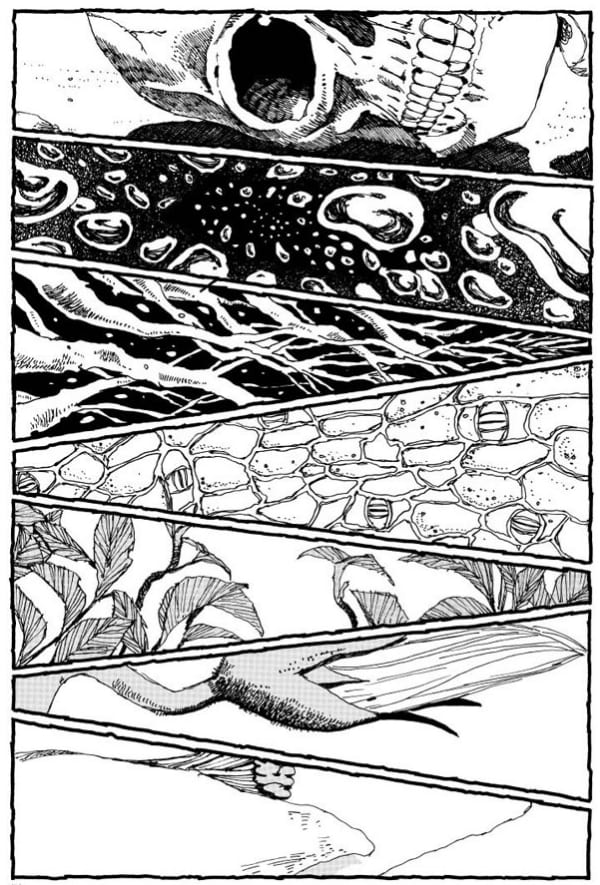 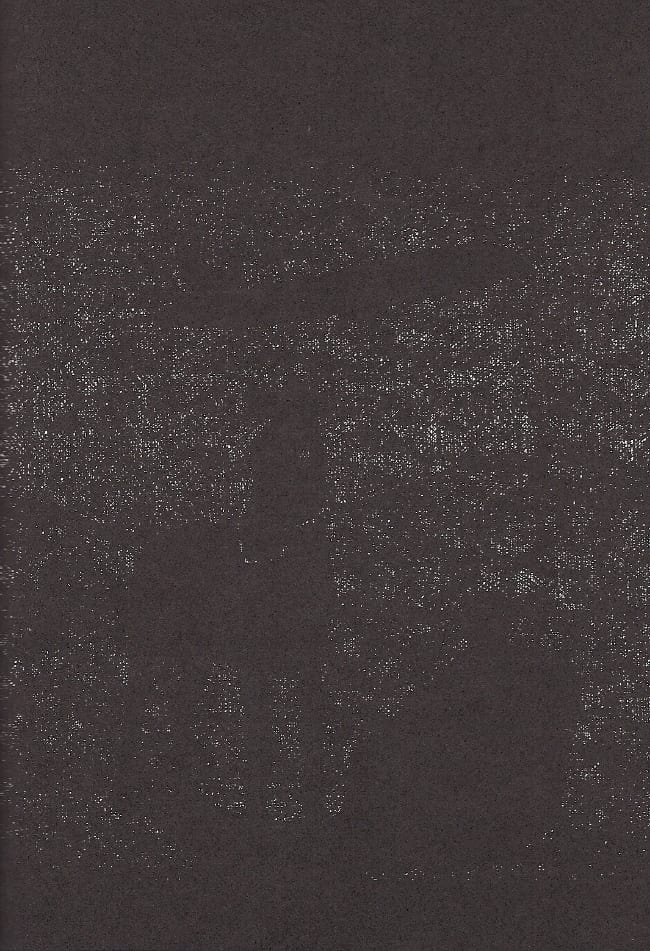 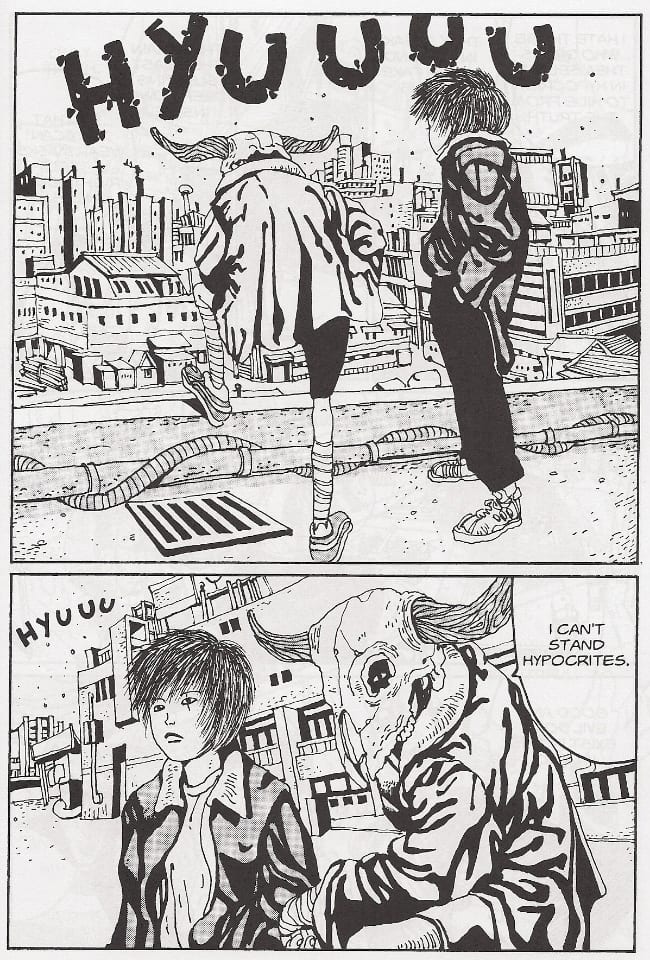 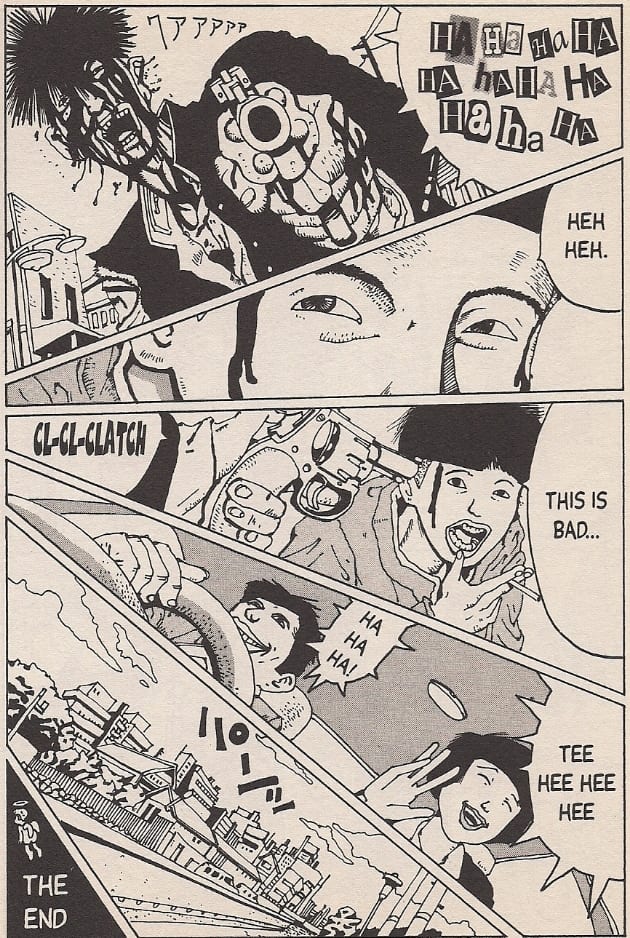 We will never see enough of Taiyō Matsumoto. 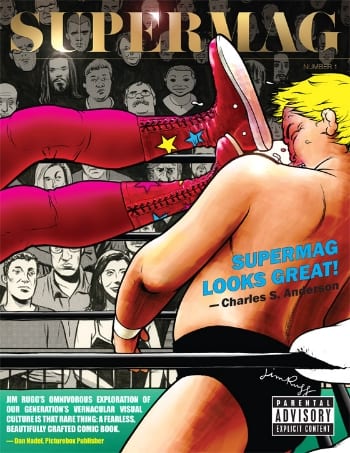 Supermag: Ah, the new Jim Rugg (Street Angel, Afrodisiac) - always of interest. This 56-page AdHouse production is actually not so much a straight comic, though, as a magazine: an 8.5" x 11" glossy, collecting bits of "genre, irreverent humor, graphic design, drawing, and typography," in compilation of both recent anthology contributions and new stuff. "[L]ike my notebook," sez the author in his foreword. No doubt perfect for the general interest Jim Rugg reader, and pretty low-priced too. Samples; $9.95. 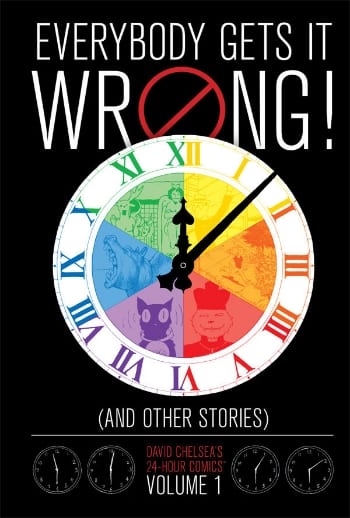 Everybody Gets it Wrong! (and Other Stories): David Chelsea's 24-Hour Comics Vol. 1: I'll read anything David Chelsea puts out, even if it means a little bit of repetition - the title story of this compendium of six 24-hour comics, for example, was previously published by Top Shelf in a much smaller Chelsea anthology, 2008's 24x2 (others are online). It's a very funny, lively broadside against the state of autobiographical comics, bearing a level of visual polish that simply doesn't seem possible to manage over a 24-hour period - and yet! Expect 152 pages in this 6" x 9" Dark Horse hardcover; I can't even remember the last time this many of Chelsea's comics were released at once. Preview; $19.99.

There is a shit-ton of new or new-like manga that Diamond is not listing but may or may not be showing up this week. In particular, keep your eyes peeled for the first Lone Wolf & Cub Omnibus from Dark Horse (a terrific production, I've heard) and the second oversized Thermae Romae compilation from Yen Press - that's roughly 1,100 pages of seinen manga right there, which potentially doubles the complete translated output of 2013 thus far in that area.

A User's Guide to Neglectful Parenting: In which "[q]uick, light vignettes play on the worries and cares any young parent might have," by the pen of Canada's Guy Delisle, best known for comics-format travelogues like Pyongyang: A Journey in North Korea and Jerusalem: Chronicles from the Holy City. I like how the title of this one feels like a book of newspaper gag strips, FoxTrot or something, except published by Drawn and Quarterly - probably worth a flip; $12.95.

John K. Presents Spümcø Comic Book: Hailing from the comics industry dog days of 1995-97, the original Spümcø Comic Book was an enormous 9" x 12" color affair, which ran for a handful of Marvel and Dark Horse-published issues filled with odd strips and cartoons overseen by animator John Kricfalusi and drawn by various Spümcø studio hands of the period, making it something of a document of the group's aesthetics in the period following Kricfalusi's ejection from the hugely influential Ren & Stimpy television show, which he had created. Now IDW presents a 160-page compilation of the stuff, including a previously unseen 25-page story. If you're in your 20s right now, the look of this work probably feels like you had it pre-loaded to your psyche at birth. Samples; $34.99.

Solo: The Deluxe Edition: Speaking of things lost in the funnybook shuffle, here is a 608-page hardcover compilation of twelve superhero-heavy anthology comic books published by DC from 2004 to 2006, each one fronted by a particular artist (typically working in collaboration with a slew of other talents): Brendan McCarthy, Teddy Kristiansen, Howard Chaykin, Sergio Aragonés, Paul Pope, Richard Corben, Mike Allred, Darwyn Cooke, Damion Scott, Jordi Bernet, Tim Sale and Scott Hampton, in descending order of personal preference. The McCarthy one in particular is among the most visually adventurous comic books DC has ever published, though almost every issue has something to recommend it, from Corben basically whipping up Fantagor #6, to Chaykin paying homage to the pre-Code era, to Cooke writing the most Ditkoesque Question story since Ditko left, to Kristiansen attempting Honest-to-God Literary Comics, courtesy of DC Entertainment. Granted, I'm not convinced you can't just collect the better-looking back issues for way less than the cover price here, but it's nice to see the publisher acknowledging the series anyway. Here's a zillion words of further discussion, briefly featuring me; $49.99.

The Smurfs Anthology Vol. 1: Having coined sufficient returns on wee-sized editions for America's youth, NBM/Papercutz now turns to adult enthusiasts of mid-20th century Belgian comics -- that swelling legion -- with an 8.5" x 11" hardcover dedicated to several early outings for Les Schtroumpfs in a format more in line with adult collectors' expectations. Of course, going by the cover, 'adult expectations' do not apparently include an unaltered printing of The Black Smurfs, but I could be wrong. Information is scant as to what's actually collected across these 192 pages, but I'm thinking it'll be a mix of early Smurfs albums and applicable Johan and Peewit material, some of which will supposedly be making its English-language debut. Various supplements are promised as well; $19.99.

Tarzan: The Complete Russ Manning Newspaper Strips Vol. 1 (of 4): 1967-1970: This, I'm guessing, is the style those little blue monsters are shooting for - your proper Golden Age of Reprints package, here a 288-page IDW hardcover (11.5" x 8.5", landscape format) snatching up Manning's run on the long-lived newspaper adventure strip, previously the domain of Hal Foster and Burne Hogarth, among others; $49.99.

Valiant Masters - Shadowman Vol. 1: Spirits Within: I have a soft spot for the early Valiant comics; something about the taped-together production values and Bronze Age-y superhero dorkiness of their storytelling appeals to me now as an Image Revolution kid who'd have never glanced at anything so 'old'-looking at the time. Obviously, solipsism is at work, but this nu-Valiant hardcover compilation of issues #0-7 of The Obligatory Dark Vigilante Series does bear a slew of early David Lapham art, along with the frankly bizarre prospect of Steve Ditko finished and inked by two separate artists, one of whom is Gonzalo Mayo of El Cid, thus uniting two rather disparate poles of the old Warren magazine look. Written in varying capacities by Jim Shooter, Steve Englehart ("once he read the first issue, Jim couldn't stand the deviation from his style... he just couldn't be happy with a voice so different from his own"), Bob Layton and others; $24.99.

Astro City #1: Also in superhero dorkiness - are there philosophical benefits to a lack of zip? THE CHOICE IS YOURS, via this new ongoing iteration of the long-lived Kurt Busiek/Brent Anderson spandex pastiche, now published by Vertigo; $3.99.

Haunted Horror #5: I think these 48-page comic books stuffed full of pre-Code horror stories are my favorite thing Craig Yoe has done over at IDW. I could read a dozen of them. As always, I have no idea what's in this issue, I'll just find out when it arrives; $3.99.

The Hollows: And since we're lingering over IDW this week, I'll draw a little attention to this Sam Kieth project set in the trees of the future. It already came out as a comic book miniseries, but I don't think it got a lot of attention, and now it's all together in a 104-page hardcover. Written by Chris Ryall. Many, many samples available; $21.99.

Macabre: Hey, it's Richard Moore! Boneyard! That was one of the more widely-discussed all-ages series about 10 years ago. I think he did some Ninja High School work back in the day, so it's fitting that this new one-off horror spoof would arrive from Antarctic Press, which is currently running a fundraiser to offset financial difficulties; $3.50.

Empowered Special #4: Animal Style: Antarctic, you'll recall, was the original publisher of Ivan Brunetti's Schizo, although they're best known for navigating the b&w boom to become one of the earliest forums for manga-inspired art in North America, initially via Mangazine, launched in 1985. I believe it was around that time when Adam Warren, a student at the Kubert School, happened upon the original Dirty Pair anime, which set him on his own course to become an official franchise artist. Today, Warren's Dark Horse-published superhero project Empowered is among the most popular English-original manga-type digest series, although the publisher's line of color Specials is presented in a more traditional superhero comic book format. This is the newest of those, written by Warren and drawn by guest artist John Staton. Preview; $3.99.

Super Boys: The Amazing Adventures of Jerry Siegel and Joe Shuster - the Creators of Superman: Finally, here is your book-on-comics for the week, a 448-page Brad Ricca biography of the titular duo, no doubt timed by St. Martin's Press to make for a nice bookstore display with the more character-obsessed items likely to pop up for the 75th anniversary of Action Comics #1 and the imminent arrival of a certain Zack Snyder motion picture. This might prove valuable simply to get an outsider's perspective on a narrative so central to the ethical calculus of the American comic book industry; $27.99.

Thanks again for reading this column. Please enjoy your President Shima Kōsaku panel of the week: 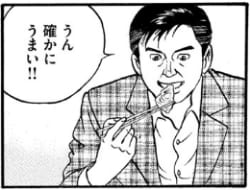 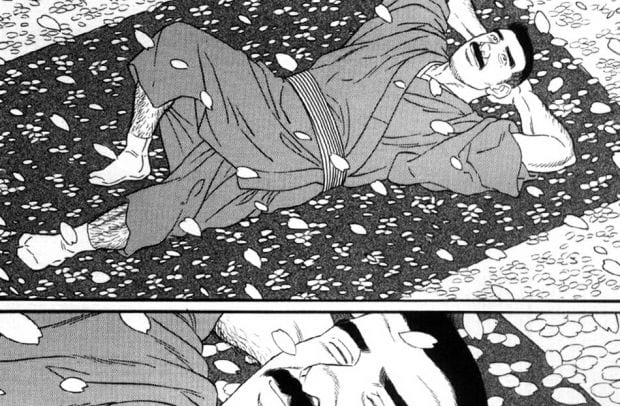 Time Going About Its Immemorial Work 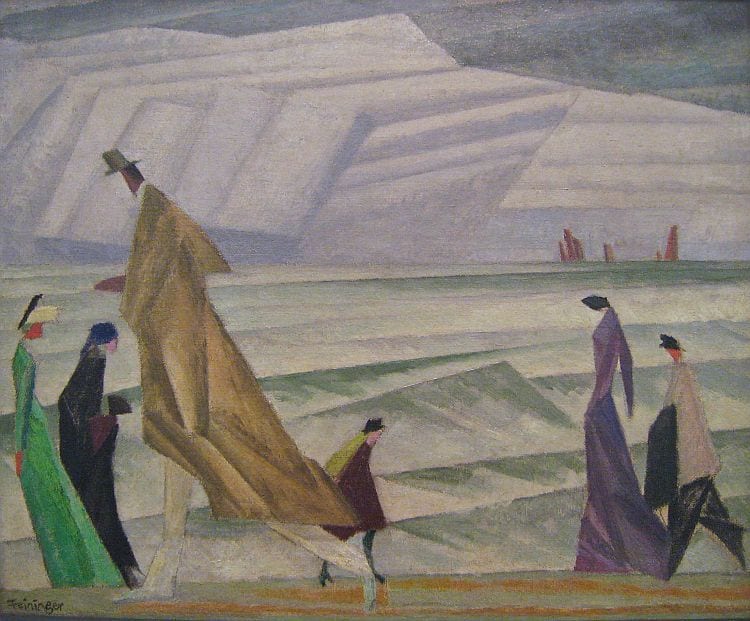