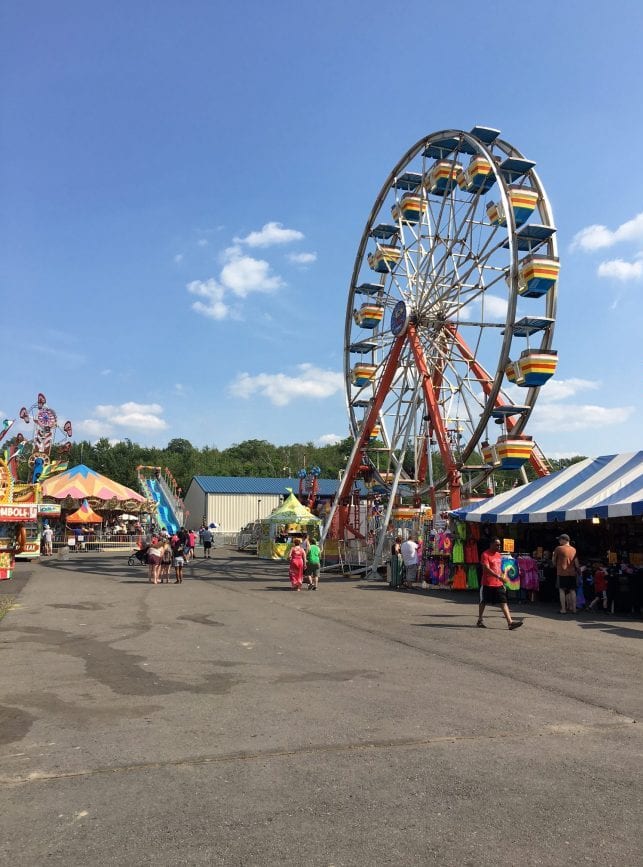 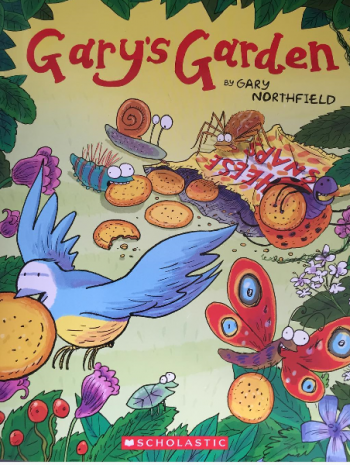 Gary's Garden: A nice pickup by Scholastic; Gary Northfield has been producing witty little stories about mild wild critters for the British children's comic The Phoenix for years now, always in a very lively and doodly style - just really pleasant strips to look at. This 64-page volume looks to be a repackaging of a 2014 UK compilation, which means it should presumably collect the earliest Phoenix installments of the feature; $7.99. 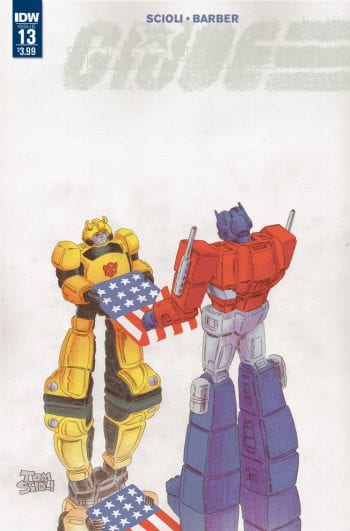 Transformers Vs. G.I. Joe #13: Being the 48-page finale to the most frequently out-there corporate character comic of the decade so far, a toy character team-up told not in the language of movie blockbuster verisimilitude, but as a blown-out found object from a longbox of indistinct age and origin, where action soldiers and transforming robots are drawn often like moving toys observed from life, with hallucinatory religious and political elements crackling into view from the gutters. Tom Scioli has always processed his work through aged cultural touchstones -- Jack Kirby, cosmic superheroes -- but this official IDW licensed item has emerged as possibly his most personal creation. Co-written, as always, with frequent franchise minder John Barber, and apparently featuring collage elements taken from over two dozen artists and writers from earlier Transformers and G.I. Joe comics. Preview; $7.99.

The Sweetness #1: The beginning of a new Z2 Comics series, created by two notable affiliates of the House of Twelve altcomics group. The writer is Miss Lasko-Gross, of the semi-autobiographical Fantagraphics releases Escape from "Special" (2007) and A Mess of Everything (2009), and the Z2 allegorical fantasy Henni (2015). The artist is Kevin Colden, of the webcomic Fishtown and various IDW endeavors. The series, however, is an outer space story with aliens and drugs and the grit of transit on the sea of stars. Preview; $3.99.

Sounds of Your Name: Unless I'm totally misremembering, this 360-page collection of early Nate Powell comics has been issued several times over the last decade, but who would blame Microcosm Publishing for bringing it out again, now that his very successful March series with Georgia Rep. John Lewis and Andrew Aydin is nearing publication of its final installment. This stuff dates as far back as 1992, when the artist was 14 years old, and prominently includes the Soft Skull Press releases Tiny Giants (2003) and it disappears... (2004); $18.00.

The Fun Family: I know little about artist Benjamin Frisch, save that he is a SCAD graduate with experience in illustration and radio, and that this, his debut graphic novel, comes recommended by the likes of Jessica Abel and Paul Hornschemeier. It appears to be a riff on The Family Circus, honing in on "dark secrets" and "the cycle of art imitating life imitating art" per the publisher, Top Shelf. A prominent debutante piece like this is worth flipping through its 240 color pages. Samples; $24.99.

Thousand Faces: A 272-page Humanoids hardcover here, collecting and completing a series partially released in 2005 via the publisher's short-lived alliance with DC. Had that misadventure somehow endured, we'd have still been left waiting; the project didn't finish in French until 2010, at which point original artist Marc Malès had stepped away for Mario Janni. I liked what was translated - a chorally narrated horror cowboy series with evil magic, psychic powers, invulnerable animals and MORE, scripted by Philippe Thirault, who is maybe the most consistently interesting writer in the Humanoids stable to have never been connected to a motion picture of a Frank Herbert novel. Cover art by Paul Pope, because... why not? Samples; $29.95.

Bad Company: First Casualties: Another import of 2000 AD stuff from Rebellion, this time a 2015 revival of the respected Peter Milligan/Brett Ewins SF war strip. Milligan returns for the 96-page outing, along with originating inker Jim McCarthy, while Rufus Dayglo (of various 2000 AD and Tank Girl series) steps in for Ewins, who died early last year; $19.99.

Threadbare: Clothes, Sex & Trafficking (&) Einstein: A pair of nonfiction releases here, with separate aims. Threadbare is a 160 page Microcosm release exploring "the connections between the international sex and garment trades and human trafficking." Written by former Journal editor Anne Elizabeth Moore, with art by a very interesting lineup: Leela Corman, Julia Gfrörer, Simon Häussle, Delia Jean, Ellen Lindner, and Melissa Mendes. Einstein is the UK edition of a 2015 graphic biography from continental Europe; this sort of nonfiction is not an unfamiliar sight in bookstores today, and creators Corinne Maier & Anne Simon have put together several of their own. Nobrow publishes the 72-page hardcover; $13.95 (Threadbare), $19.95 (Einstein).

Hillbilly #1 (&) Jupiter's Legacy Vol. 2 #1 (of 5): More notable comic book comics, both coming from veteran genre creators. Hillbilly is a new series from Eric Powell of The Goon, whose art I've recently been encountering in back issues of Razor as part of my plan to read every 1990s horror and 'bad girl' comic, and then use them as a pyre to burn myself to ashes. An Appalachian fantasy, the series also commemorates the revival of Powell's own Albatross Funnybooks, notable not only for releasing Powell's own work, but some of future Steven Universe creator Rebecca Sugar's Pug Davis comics as well. Jupiter's Legacy, meanwhile, marks the return of Frank Quitely to superhero publishing, again with publisher Image and writer Mark Millar, which have released several side-stories in the same multi-generational caped universe with various artists under the title Jupiter's Circle; $3.99 (each).

The Best of DC War - Artist's Edition: Is an Artist's Edition without an artist like a grin without a cat? War never changes, though, and this 12" x 17" IDW tome features the able likes of Jack Kirby, Joe Kubert, Alex Toth, John Severin and Russ Heath in its 160 pages of 30th century depictions, all shot from the original art; $100.00. 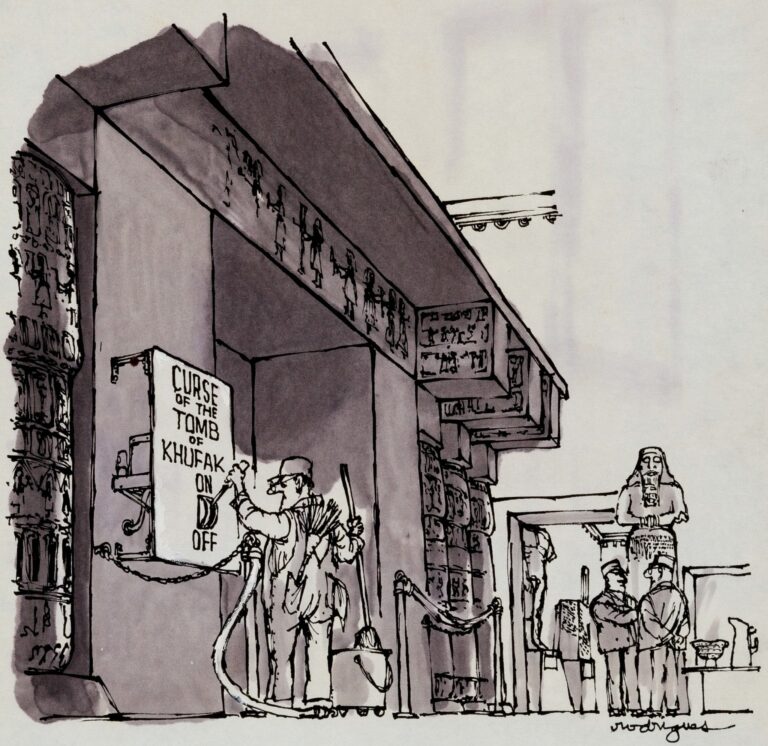 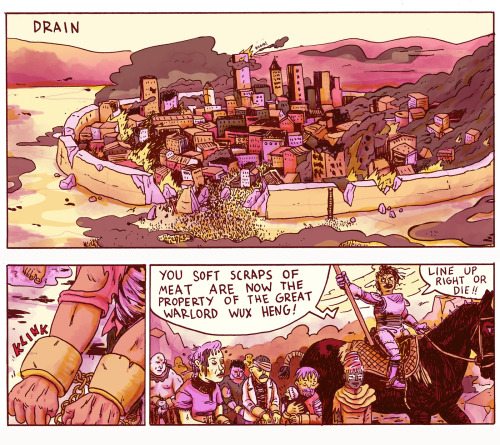