The chain of events is like this. I wrote a review of the Avatar Press anthology Cinema Purgatorio where I suggested that despite the much-heralded participation of Alan Moore, the project was better understood in terms of its publisher's tendencies. That, however, made me paranoid that I didn't have an adequate enough grasp of Avatar's history, which led me to cataloging most of the artists who worked for them in the 1990s, which naturally (NATURALLY.) led me to tracking down many related comics from the 1990s horror/goth/'Bad Girl' comics scene. By chance, and through an enormous outlay of generosity, I also recorded an episode of the Inkstuds podcast with one of those artists, Trevlin Utz, which went up yesterday; let the emphasis lay on the fact that *I* recorded it, because the audio gets weird and out of sync at parts, a significant flaw entirely attributable to me.

And still, I continue to track down more of these comics, some of which are not all that easily found online, owing to the limited access many smaller press comics had to retailers in the post-crash mid-'90s, without recourse to digital alternatives. Eventually I'll start a Tumblr where I review every issue of Razor or something (NOTE: not really), but for now I'm very much enjoying that collector's rush of tracking and accumulation... ahhhh.

Anyway, that's how I wound up with this: 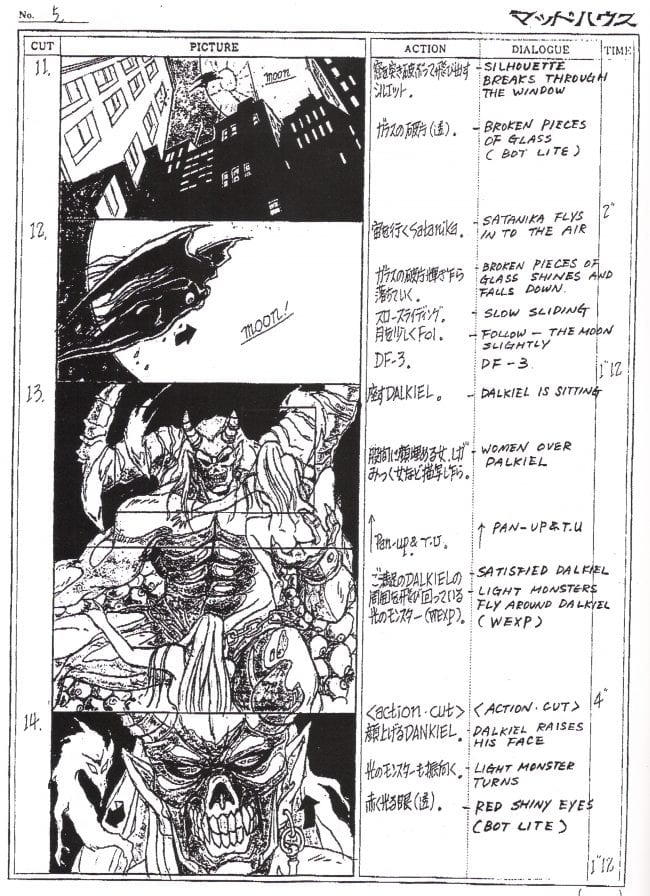 What you're seeing above are storyboards drawn by the great Shigeyuki Hayashi, better known as "Rintaro", whose professional career has spanned much of the 20th century evolution of Japanese animation. Here he works on an international production: a small pilot film (directed by Takuji Endo, who died in 2009) for an anime based on Glenn Danzig's Satanika, otherwise promulgated by the comics publisher Verotik in the vampire or demon lady-laden '90s, and still continuing to some extent today. All that ever became of the Satanika anime was a (mostly making-of related) VHS tape released in 1997, and the item I picked up in the midst of my *Adults Only* longbox fumbling, 1998's Satanika Anime Storyboards and Character Designs, a rather nice 24-page Verotik publication, almost magazine-sized, containing the storyboards and character designs for the pilot, along with a facsimile animation cel.

It's pretty rare that anymore bothers to translate things like anime storyboards, even though they're super-important in setting down the areas of focus for these often cash- and time-strapped productions; a lot of times it's veterans like Rintaro who do that work, to afford the team guidance. Luckily, Satanika is a bilingual affair, affording Rintaro's particular variation on the very Simon Bisley-driven Verotik aesthetic its full instructional power. Honestly, these demon sketches are more attractive to me than almost any of the art that appeared in actual Verotik comics, and Rintaro's not the only guy involved. 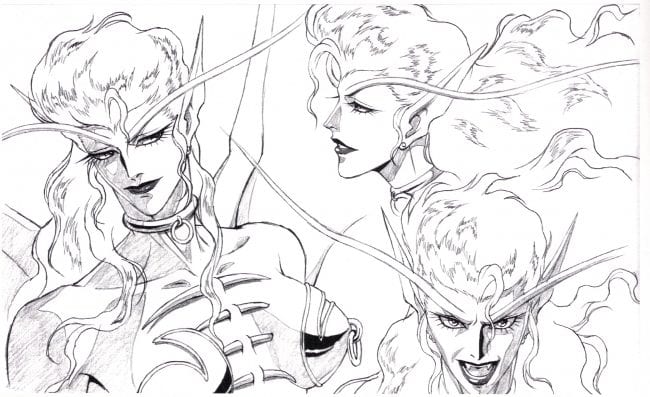 The character designs are by Yoshiaki Kawajiri, a veteran animator still best known for directing gory, sexually violent movie and video animation projects like Wicked City (1987) and Ninja Scroll (1993) - titles that, for better or worse, helped 'anime' stand apart in the VHS market of the '90s. We can, perhaps, seek to identify the crossover audience Satanika was aiming for with a production crew of this sort; the Kevin Eastman-driven Heavy Metal magazine, for example, often used to advertise anime like these, and if your comic store happened to stock the very SF, rather adult male-minded manga Studio Proteus used to handle for Dark Horse, there were probably a few Manga Video and Central Park Media tapes lurking around as well.

This is not the dominant form of Japanese animation anymore. In Japan, it wasn't even particularly dominant in the '90s, though it was more common. But Kawajiri's art stokes a response in me similar to what other nerds feel looking at a Jim Lee drawing of Wolverine; when I stopped reading comics in high school, I took up watching anime, and it was this stuff -- this sinewy-elegant, often gender-ambiguous stuff -- that provoked a lasting response, if only for being so prominent and so confrontational. Probably, this was the effect of many 'outlaw' b&w small-press comics of that era on their young readers, lady vampires and ninja women in countless variants... 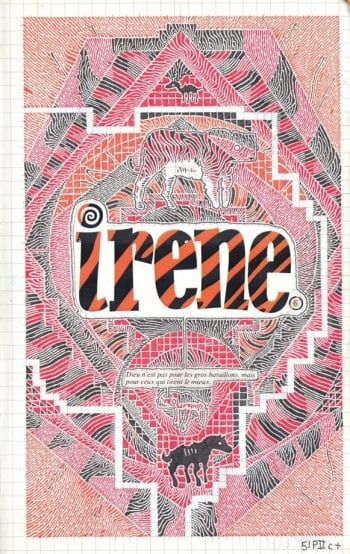 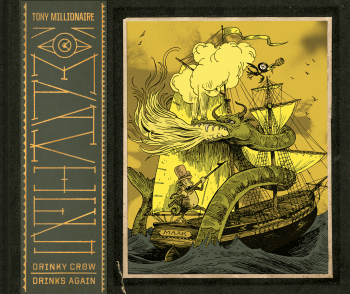 Drinky Crow Drinks Again: It's been a while since we've seen a new Maakies compilation, so, speaking as a man with a Drinky Crow toy on his desk, I am compelled to cry the news. Featuring 128 pages at 10.5" x 8.5", this Fantagraphics hardcover is sure to remind us that nothing else in creation is quite like Tony Millionaire's; $29.99.

I.D. (&) Pretty Deadly #10: Two here from Emma Ríos, one of the most fervidly admired genre comics talents presently associated with Image. I.D. is an 80-page collection of solo work, doubling as the first-ever compilation of serialized materials from Island, the Image magazine Ríos manages with Brandon Graham. Red-hued throughout, the story "analyzes the conflict between perception and identity through the struggle of three people who consider a 'body transplant' as a solution to their lives." Pretty Deadly, meanwhile, is Ríos' hallucinatory gunfighter series with writer Kelly Sue DeConnick, the sort of thing that usually only arrives in North America in translation from Italian or something, thus providing a very tidy example of its publisher's current prominence; $9.99 (I.D.), $3.50 (Pretty Deadly).

She Wolf #1 (&) Dark Corridor Vol. 1: And here are two from Rich Tommaso, a longtime alternative comics veteran hopefully enjoying some increased visibility from his own association with Image. She Wolf is the start of his new series, about a feverish girl who falls in with other supernatural figures moving through the area. Dark Corridor collects his last grip of comics, seven issues of energetic mob-at-war crime comics; $3.99 (She Wolf), $14.99 (Dark Corridor).

Anna and Froga: Out and About: This is now the fifth 40-page hardcover album Drawn and Quarterly has released of playful animal and child comics from Anouk Ricard, which I want to presume says something about the audience such work has found. One of the enduring qualities of D&Q, actually, is its ability to sometimes drill an establishing space for seemingly niche foreign works into the market - I'm also thinking of Abouet's & Oubrerie's Aya series, and those many, many Moomin comics (which are clearly more 'mainstream' than, say, Anna and Froga, though the comics didn't have much of any foothold in North America before); $15.95.

Creepy Comics #24: It occurs to me that Dark Horse is nearing the end of its association with the old Warren horror magazines... or, at least its extended initial wave of interaction. As least one bit of text I've read described this issue of the 'new stuff' wing of the project as a finale, though the publisher's website is silent on that fact, save for the absence of future installments. Anyway, Peter Bagge has been a contributor for a while now, and this one should also bring the return of Richard Corben for a new b&w piece. Preview; $3.99.

Fruits Basket Collector's Edition Vols. 1-2 (of 12): I'm at enough of a remove from the target audience that I don't know how relevant Fruits Basket might be to new readers, but there was a time in the prior decade when this 1998-2006 Natsuki Takaya shōjo fantasy series was one of the absolute engines of the manga boom, comparable to Naruto in terms of visibility and ease of access. Tragedy forces a teen girl into an unusual domestic relationship with boys laboring under animal transformation curses - a sequel webcomic is presently running in Japanese, which was the motivating factor for this new 400-ish page each, dozen-volume repackaging, now brought to English by Yen Press; $20.00 (each).

The Art of Doug Sneyd: Finally, in this rather sleepy first week of summer, I will suggest a softcover reissue of this 2011 Dark Horse collection of sexy lady gag comics from the man in the title, a longtime contributor to Playboy and other venues. The other day I ran into a moldering stack of Sex to Sexty back issues -- prices starting at $10 a pop, regardless of physical condition -- which reminded me of how far under the radar 'girlie' cartoons tend to fly in terms of contemporary visibility among comics maniacs under a certain age. I didn't actually buy any, since I had a very important Satanika lead to pursue, but it got me thinking nonetheless! Samples; $19.99. 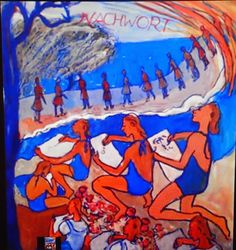 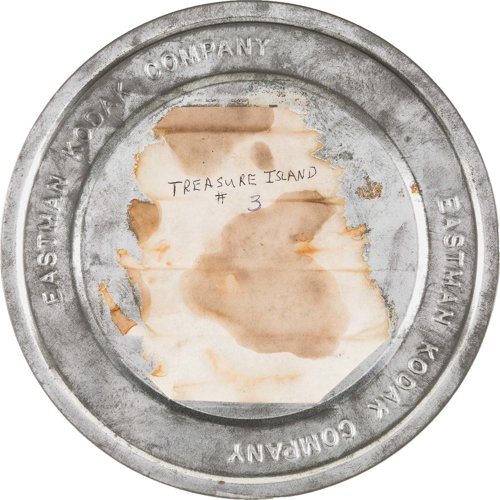 Such An Interesting Guy