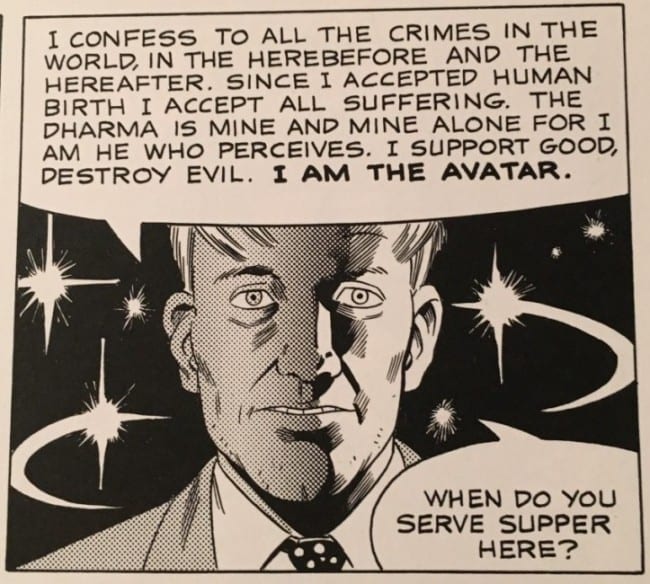 Rather proto-Clowesian portraiture by Paul Kirchner -- words concocted with Janwillem van de Wetering -- from the 1984 graphic novel Murder by Remote Control, not published in the U.S. until '86 and not reprinted here until last week. Despite its surface-psychedelic details, it's actually a rather distanced, cerebral work, very deliberate in its construction of parodic American archetypes: free-thinking gun nut rebels; resentful salt-of-the-earth working men; mystic and erotic women (there are no unerotic women in this men's detective adventure); small-minded sergeants of law enforcement working their own angle. And then, of course, soaring above them all, is Hollywood, that prime exporter of heroic narratives and cultural assumptions, as if those things are severable. Through it all walks a blunt and plain-faced detective, as unmarked an avatar as any Steve Ditko model in a noir hat, but completely different in meaning; Kirchner's & van de Wetering's detective is the apparatus of investigation itself, which is to say a perfect and replicable form of government oversight, rather than a wizened Individual. Indeed, he is anti-Individual. Central, one imagines, to these creators' concept of detective fiction is the assurance that the mystery will somehow be solved. Here, the detective can not only solve the mystery, but gaze into the suspects' very beings, their massed tropes and ideologies -- presented through Kirchner's massive splashes, more apropos than ever in Dover's oversized edition -- and unravel the crime from flawless remove. Such objectivity is not real, of course, it is an ideal left as impression from the turning gears of genre mechanics; so, in this chilly and still comic, very enjoyably so, the hero is completely an instrument of analysis, replaced in his cabinet when the story ends like a very good pen. It's all just lines on paper, folks. 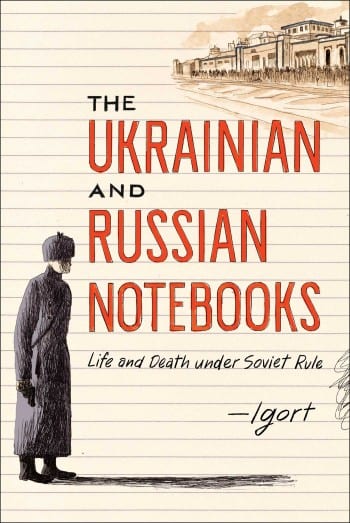 The Ukrainian and Russian Notebooks: Life and Death Under Soviet Rule: If I'd heard this was coming prior to 48 hours ago I'd totally forgotten, but face front now - this 384-page Simon and Schuster release collects two books (2010-11) by the revered Italian cartoonist Igort, quaderni on the topics of enforced famine in the 1930s and the murder of a Russian government critic in the 21st century. Igort was one of the prime movers behind the Ignatz line of comics that Fantagraphics released with Coconino Press years ago, although I don't think we've had a formal book release from him in English since Drawn & Quarterly's edition of 5 is the Perfect Number in '03. A 6" x 9" hardcover; $28.00. 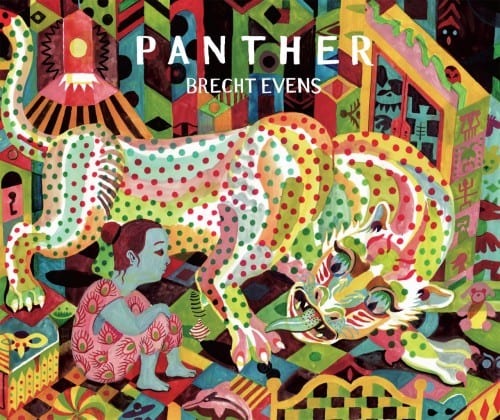 Panther: Speaking of which, here is D&Q's newest release from Belgian artist Brecht Evens, whose colors track the range of his timid-to-gregarious characters' motives: from transparent to opaque. This 11" x 9" landscape hardcover, 120 color pages in length, is purportedly Evans' revised edition of a 2014 album, concerning the isolation and dismay of a young girl with an aggressive imaginary friend. Guaranteed not to look a damn thing like anything else on the racks this week. Preview; $26.95.

Blackbird: Being the latest to comic book stores from another Canadian publisher, Conundrum Press. This one translates a 2011 collection from French artist Pierre Maurel, who'd been distributing the story in zine form since '08. Per Conundrum, the softcover "reflects the social dynamics of a counterculture" in positing a future world where self-publishing is a crime. The dimensions are 5.75" × 8.25", and the length is 128 pages; $17.00.

Bartkira Nuclear Edition: For those unfamiliar, Bartkira is a gallery-ready iteration of an impulse recognizable to anyone who's ever been to a comics convention or laid eyes on a nerdy t-shirt in the last half-decade - the franchise mashup, in this case replicating (aspirationally) the entirety of Katsuhiro Ōtomo's popular manga series Akira using characters from The Simpsons, as drawn by a huge group of cartoonists and illustrators working on a few pages each. This 80-page, 8.25" x 11.75" Floating World hardcover (distro by Alternative Comics) raises funds for the Japanese OISCA Coastal Forest Restoration Project in Natori City, Miyagi Prefecture, and the American Save the Children charities by putting together the most vivid and destructive sequences from the project. Edited by James Harvey & Alex Jaffe, from a concept by Ryan Humphrey; $19.99.

Marshals: If the samples are any indication, this is another passage from the saga of French comics responding to the popularity of manga - a 2002-07 series fronted by writer Denis-Pierre Filippi, pitting robot-armed police against a huge conspiracy... IN THE FUTURE. Three artists drew the series at different points: Jean-Florian Tello, Francisco Ruiz Velasco, and "Tirso". A Humanoids release. Note that the publisher also has a new hardcover edition of Sylviane Corgiat's & Corrado Mastantuono's Elias the Cursed, a fantasy series previously released in 2011; $24.95.

Walt Disney's Silly Symphonies Vol. 1 (of 4): The most promising of the American classics to see reprint for the end of April, this 12" x 8.5", 192-page IDW hardcover reprints a slew of newspaper color Sundays, 1932-35, which both adapt the screen cartoon series of the same title (including the first appearance of Donald Duck) and present some original stories. The crew includes Al Taliaferro, Earl Duvall, Merrill DeMaris and Ted Osborne, some of them familiar to other Disney newspaper reprint projects such as Mickey Mouse; $49.99.

Knights of Sidonia Vol. 15: In which Vertical presents the gala final installment of Tsutomu Nihei's popular space war series, a long project ably followed to the end. Nihei has been candid that Knights of Sidonia was an effort to do a "normal" manga with mass appeal, as a means of satisfying his desire for popular success. I'm not sure what his next move in comics will be, although a theatrical animated film of his earlier SF manga Blame! is forthcoming; $12.95.

blanc et noir: Takeshi Obata Illustrations: Finally, your book-involving-a-comics-person of the week... expensive, yeah, but it's not very often you see a manga artist getting a huge, deluxe art showcase like this released in English. The subject is Takeshi Obata -- he of Death Note, Bakuman, Hikaru no Go, as well as the ongoing Platinum End -- and the contents are 132 pages of art created between 2001 and 2006, with posters, foldouts, "special papers", and commentaries by the artist, all in a 10.5" x 14.8" slipcase. VIZ is where you direct your earnings; $99.99. 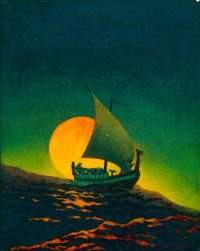 Think of the Kids 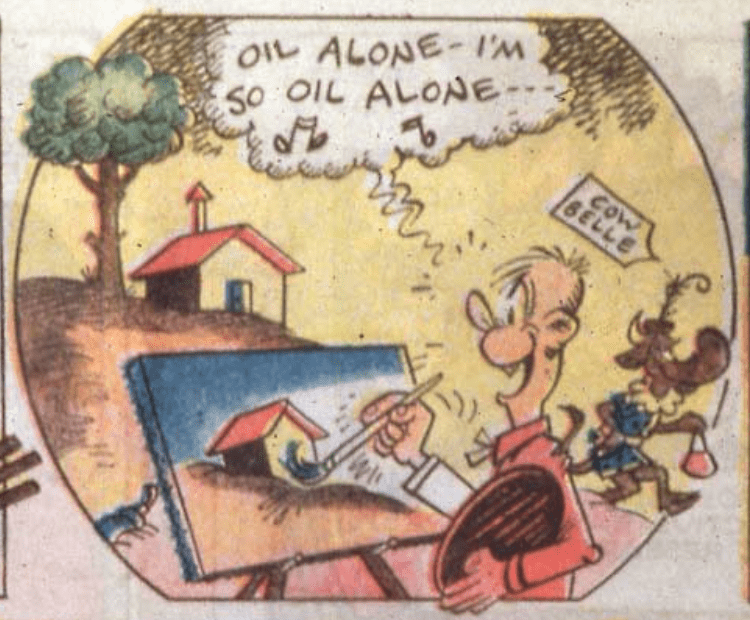