Above we see my favorite bit of Dominique Goblet's Pretending Is Lying - published in French in 2007 and entirely re-lettered by the artist herself for the 2017 English edition. Goblet also collaborated on the translation itself, with Sophie Yanow; it's a work that benefits from as much of the artist's presence as possible. Immediately, we think of the unique state of the work's visual presentation: how its 'color b&w' pages incorporate the wear of time into the drawing, because some of the boards are a decade older than the eventually published book. And yet, to usurp time is not the only defiance of the work; even Goblet's resistance to narrative chronology, to the spectacle of ages passing, even modest ones, is not the paramount affront.

The tradition of American autobiographical comics is that of centering the author. Harvey Pekar, addressing the reader; the present-tense exclamations of Robert Crumb's myriad neuroses. Goblet's autobiography, to this American, is marked by departure. Primarily, she reacts. To my mind, the narrative genders her associations: with men, she interacts with strong, charismatic, not always sympathetic personalities. There is her father, a drinker and a fast driver with whom she spends roughly half the book trying to visit. There is also her lover, with whom roughly the other half of the book is concerned; in fact, he co-wrote those portions of the text concerning him, and by god is it not disquieting to witness a male leaving some imprint on a formidable female artist's work, his lover's work? God, it unnerves me, though I don't know the details that aren't in the book, and art anyway isn't really really-for-real in touching the banality of creative exchange.

But anyway, up top: they have temporarily broken it off, Goblet and her lover, and her father will not accept her tears. This is the primary crossover between the two streams of male interaction in Pretending Is Lying, and here -- perhaps with Goblet herself -- we see a new facet of her father's blowsiness. "Believe me my dear, nobody's important enough for your tears..." It is not that he wants to overpower her with his personality; this is perhaps what happens regardless, but he does not want it. What he wants, is for her to be as fierce as him, though she will not do it in the same way.

Women, in Goblet's book, are less knowable. An ingenious prelude introduces Goblet's mother as a magician and a charlatan, believed to possess nigh-wizardly powers by the young "Nikske", which means "Little Nothing". Later, the mother is presented as a fearsome God, binding the child Goblet with rope as she screams and cries; it is horrifying, and followed immediately by the mother's wary comfort of the child, who accepts everything as natural. Goblet's own daughter is elsewhere characterized as faintly unknowable in the way small children inevitably are, while her father's lover is drawn as a Munchian grotesque, with whom Goblet comes to quarrel over her daughter, a double-reflection of her mother. The women in the book, thus, are powerful and contentious figures, against whom the artist collides.

To her father, Goblet depicts herself absorbing. Or perhaps she is absorbed. As it happens, when her father drives off with her, drunkenly, dangerously, in chapter 3 of 4, Goblet physically disappears from the book. The final chapter depicts only her lover on-panel, as he seethes over boots, listens to music, tangles with the cat, and from the author's disappearance we understand the absence of her as a presence in his life. Previously, he was characterized as haunted by a ghost, by the indecisive conclusion of his last relationship. Goblet draws the other woman as a ghost, another elusive feminine figure, but she simply declines to draw herself at the end of her book, and her absence is felt, by us and him. Hers is a space in his obnoxious, talkative mind. His cat brings a dead bird and he invents from that a reason to call her. Goblet pulls back from depicting characters to depicting city architecture; François Schuiten appears in the Acknowledgements. She pulls back from architecture to birds, and then to just the sky, a smear of oil against paper, with text booming in space. God, she is there again. She didn't leave. 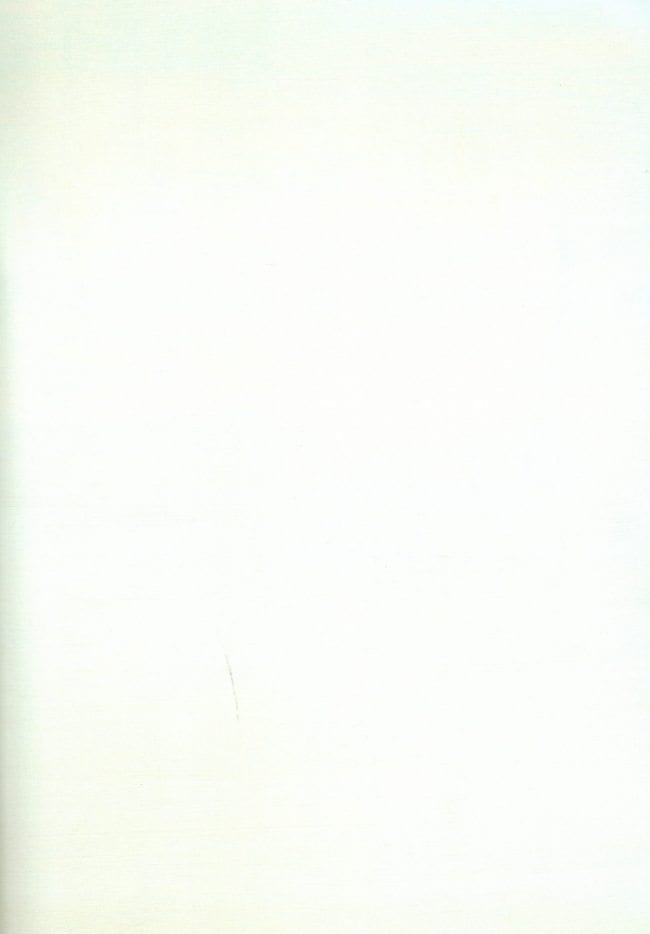 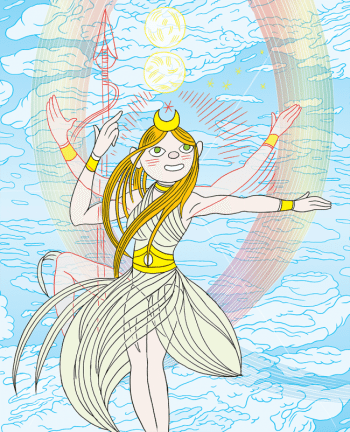 What Parsifal Saw: A new Fantagraphics collection of recent work by Ron Regé, Jr., without a doubt one of the most distinctive cartoonists of his generation. The slim, 80-page color softcover deals in "magical, alchemical, ancient, and mysterious ideas," per the publisher, which as it happens is also issuing a new softcover edition of Regé's 2012 esoteric manifesto The Cartoon Utopia this week, in case you missed it the first time. This is total invocation here - a whirling tour of an author's worldview with no conceivable compromise; $14.99 ($24.99 for Utopia). 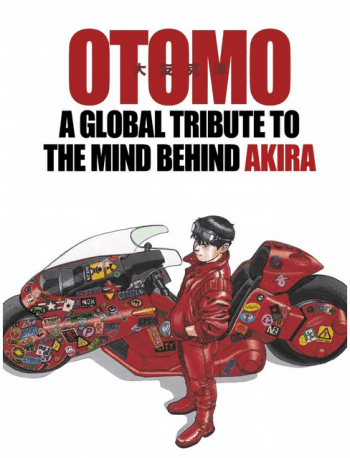 Otomo: A Global Tribute To the Mind Behind Akira: TALES OF CAPITALISM - I saw the Japanese edition of this at the same bookstore where I picked up Golgo 13 magazine last week; the ￥ 5,400 cover price translated to north of $70.00 USD off the rack, which was definitely too rich for my blood. Now, like magic, Kodansha has a much less expensive English edition ready at basically the same dimensions: 168 pages at 10.7" x 12.4" in hardcover. You may recall Ōtomo winning the Grand Prix at Angoulême in 2015; this book is essentially a mass-market catalog for an exhibition held the following year in his honor, amounting to a fancy collection of tribute art by international notables. Contributors include Manuele Fior, Masamune Shirow(!), Tanino Liberatore, Taiyō Matsumoto, Tomer & Asaf Hanuka, Naoki Urasawa, Juan Giménez, Stan Sakai, Tsutomu Nihei, Jordi Bernet and the late Jirō Taniguchi, among many others. Will anyone dare throw in a Domu piece? Note also that Kodansha is planning a deluxe all-hardcover box set of the entire Akira series (and the Akira Club art book) in the unaltered right-to-left format for this October; $29.99.

Audubon: On the Wings of the World: If the Otomo book above doesn't fit your criteria for a comic -- which would make since, because it isn't -- then your *formal* Eurocomic pick of the week is this 2006 album from artist Jérémie Royer and writer Fabien Grolleau, profiling the 19th century naturalist of the title, author of the famous The Birds of America. Lots of opportunities for nature drawing, released in English via Nobrow as a 184-page, 8.07" x 10.83" color hardcover; $22.95.

Lobster Johnson: The Pirate's Ghost #1 (of 3): Your no-doubt extremely smooth and pretty mainstream costumed action comic of the week comes from one of the most reliable teams around - writers Mike Mignola & John Arcudi, and artist Tonči Zonjić. With the main Hellboy series wrapped up, this is the only Mignola-branded project where I never miss an issue, as the focus is very tight (early 20th century period antics starring a determinedly un-nuanced pulp avenger), the pace is very fast, and nothing ever really gets in the way of its formidable surface appeal; $3.99.

Space Riders: Galaxy of Brutality #1: In contrast, I don't really know anything about the Black Mask-published Space Riders title ("Capitan Peligro and his fearless crew deal harsh justice to the scum of the galaxy while searching for the hidden truths of the universe!"), under which this appears to be the second miniseries, but I do like what I've seen of the artist, Alexis Ziritt, who works in a kind of tattoo art style buzzing between Mike Allred and Gary Panter. Try and flip through if you see it. Preview; $3.99.

Valerian and Laureline Vol. 14: The Living Weapons (&) Blake & Mortimer Vol. 24: The Testament of William S.: Cinebook has a whole stack of Franco-Belgian translations out via Diamond this week, so I'm gonna highlight a duo of classy youth adventure comics with long histories behind them. The Living Weapons, granted, isn't from *too* many years ago, being a 1990 release from creators Pierre Christin & Jean-Claude Mézières. If you have the old iBooks omnibus Valerian: The New Future Trilogy (2004), this 56-pager is one of the albums in there. The Testament of William S. is far more removed from the source; it's actually the newest Blake and Mortimer investigatory adventure, released in French only last year. The writer is Yves Sente and the artist is André Juillard, working in the tradition of creator Edgar P. Jacobs for 72 pages set in the late 1950s, at which time the actual series was already ten years old; $13.95 (Weapons), $15.95 (Testament).

Scene But Not Heard (&) Beyond Palomar: Here's a pair of books from longtime alt-comics guys that have been around before, and now will be available again. Scene But Not Heard is a 128-page collection of wordless, rather Kurtzmanesque color comics Sam Henderson created for Nickelodeon Magazine, perhaps rousing memories of an era when that very mainstream forum gave a lot of work to small-press cartoonists. Noah Van Sciver contributes a comics-format introduction to the Alternative Comics release, which was initially co-published with Top Shelf, although I don't know what the status is now. Beyond Palomar, meanwhile, is a collection of Gilbert Hernandez comics from Love and Rockets, specifically the one that contains Poison River, one of the holy fucking shit comics of the late '80s/early '90s. It is accompanied by its lifelong companion companion serial, Love and Rockets X, for 256 big pages of challenge and reward; $14.95 (Scene), $16.95 (Beyond).

The Legion of Regrettable Supervillains: Also humor but not exactly comics is this print iteration of an enduring type of online entertainment - the funny commentary on wacky old funnybooks. Actually, I can't remember the last time something like this appeared in print. The author is Jon Morris, a webcomics artist going back quite a ways (he was nominated for an Ignatz in 2001, the year the awards were cancelled), and a comics blogger dating to at least the late 1990s. The present volume is a 256-page Quirk Books survey of oddball rogues, following up on a 2015 look at similarly goofy superheroes; $24.95.

Asian Comics (&) On the Graphic Novel: Finally, here are two University Press of Mississippi books-on-comics now available in softcover editions. Both are of some unusual interest. Asian Comics is a massive (352-page, 8.5" x 11") overview of the comics of 16 nations - not Japan, but China, Hong Kong, Korea, India and others. The author is John A. Lent, founder of the International Journal of Comic Art, and I man whom I suspect has forgotten more comics than any of us have read. On the Graphic Novel is a 375-page Bruce Campbell translation of a text by Santiago García, a Spanish-born writer and translator recently seen with the artist David Rubín on a version of Beowulf released stateside by Image. García "follows the history of the graphic novel from early nineteenth- century European sequential art, through the development of newspaper strips in the United States, to the development of the twentieth-century comic book and its subsequent crisis," as the publisher puts it; $30.00 (each).

I Hope No One See Me In Here 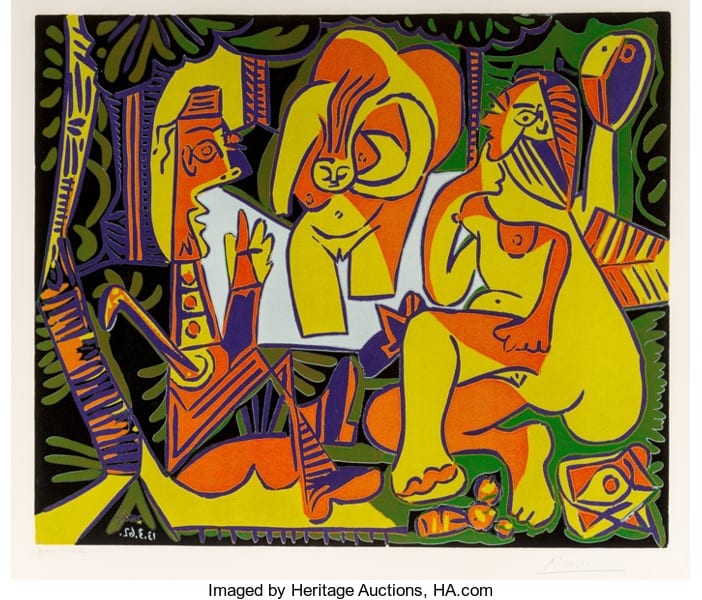