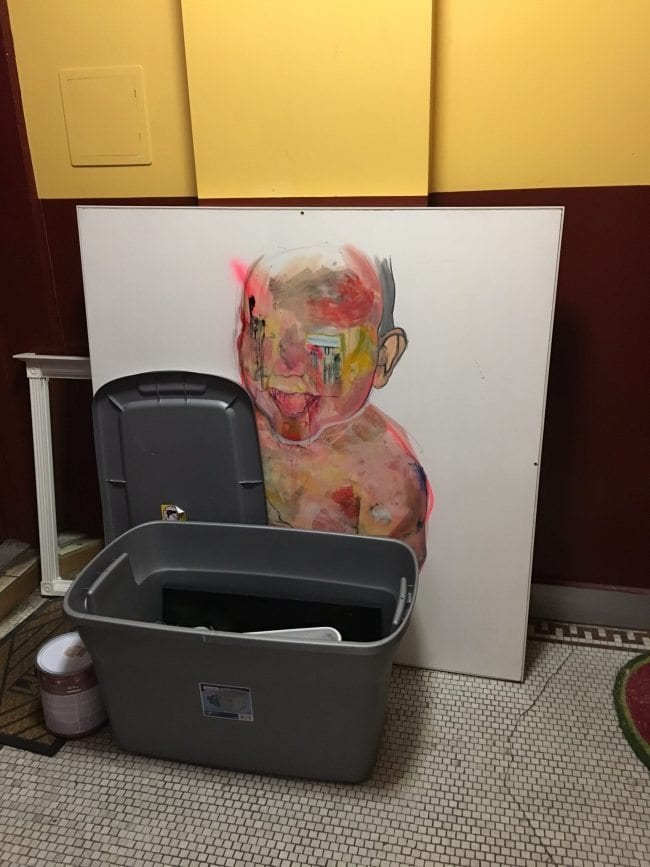 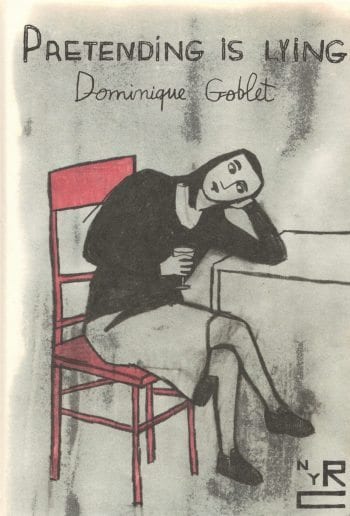 Pretending Is Lying: The already-redoubtable New York Review Comics here offers a 2007 book from Belgian artist Dominique Goblet, a key player with the fiercely experimental comics publisher Frémok. Note, however, that Pretending Is Lying came out of the French alt-comics publisher L'Association; Goblet had been chipping away at it since the mid-1990s, just a few years after the eventual institution's foundation, at times blending the yellowing of pages in with her color scheme "to defy time, the true first subject of the book," per editor Jean-Christophe Menu. The result is a hugely well-regarded work of memoir, albeit one that flatly rejects all expectations of autobio narrative formulae - instead, we get a series of extensive, time-broken vignettes, thematically linked by Goblet's relationships with her father, her partner, and her daughter, with forays into pure visual sensation and deliberate fractures of the authorial point-of-view; Goblet neither narrates nor appears on-panel for the last twenty of these 160 pages, instead contemplating the effect of her absence. Both demanding and approachable; very much worth a look. Introduction by Menu, afterword by co-writer/fellow character Guy Marc Hinant (who gleefully prods at the fictive nature of autobiography), translation by Sophie Yanow with Goblet, and original English lettering by the artist herself; $24.95. 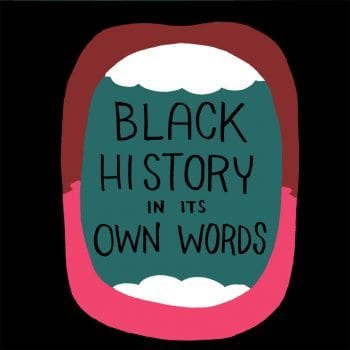 Black History In Its Own Words: And here is a new book from Ronald Wimberly, of the much-liked Shakespearean rearrangement Prince of Cats. I believe this is his first bookshelf-ready original since then, an 88-page, 8.3" x 8.3" hardcover color collection of illustrations created around quotes by black artists and historical figures. Image continues to handle Wimberly various print works; $16.99.

NewsPrints: Your overall print-format debut of the week, however -- in terms of young artists, in terms of baseline visibility -- would have to be this 208-page color release from the YA specialists at Scholastic and artist Ru Xu, a webcomics creator who has been working on the concept since her student days at SCAD. It's about a young girl who disguises herself as a boy to deliver the last truth-telling newspaper around, with some SF elements broiling around as well. Looks to be in the adventuresome mold of Bone and Amulet and other popular works with the publisher. Preview; $12.99 ($24.99 in hardcover).

Scotland Yardie: Being an import item from Knockabout, the long-lived UK publisher with an 'underground' slant. I am not familiar with the works of writer Bobby Joseph, but he has been active in comics since the early 1990s through magazines like Skank and Black Eye, which married the raucous humor of Viz to the unique perspective of contributors from Britain's Caribbean community. Indeed, this culture-clash comedy -- concerning a Jamaican cop recruited by the Metropolitan Police to offset massive institutional racism, to farcical results -- originated in the pages of Skank, though I believe all of these 104 pages are new. The artist is Joseph Samuels, a longtime collaborator; $14.95.

Magical Character Rabbit: I am similarly unfamiliar with Kinoko Evans, an Oregon-based teacher and illustrator who's posted a good number of comics to the Study Group website. Among them is this, a very cute story about spells and friendship and hanging around, now available in a 48-page print edition distributed by Alternative Comics; $5.95.

A Land Called Tarot: You may recall a number of wordless stories running in the Image anthology Island from the French-born artist Gael Bertrand, pressing some rather old-fashioned manga-like character designs through heavily-detailed environments inspired by the tarot. This 112-page hardcover presumably collects those stories, although the solicitation is a bit cagey as to what's actually included; $19.99.

Moby Dick (&) Whispers in the Walls: Two more Eurocomics selections, both in perhaps a more familiar mold than the book up top. Moby Dick is a 2014 release from artist Christophe Chabouté, rendering the Herman Melville novel in harsh b&w across 256 pages. Dark Horse publishes the English edition as an 8" x 11" hardcover. Whispers in the Walls is a Humanoids release of a series they've published in English before, a 2007-11 horror series from writer David Muñoz (a filmmaker and Guillermo Del Toro collaborator on The Devil's Backbone) and artist Tirso Cons (colored by Javi Montes). Now a 180-page, 8.5" x 11.1" hardcover; $24.99 (Moby Dick), $29.95 (Walls).

Poorcraft Vol. 2: Wish You Were Here: I mentioned the first volume of this Iron Circus guide to living high and lean last week, so hell - why not the second? Artist Diana Nock returns, now joined by writer Ryan Estrada for 136 pages of tips on thrifty travel across the globe; $10.00.

Thrill-Power Overload Redux: 2000 AD - The First Forty Years: Finally, your book-on-comics of the week is actually an expansion - in 2007, former 2000 AD editor David Bishop released the original Thrill-Power Overload, a breezy and accessible history of the magazine (the account of a well-positioned insider, mind) that nonetheless didn't shy away from the various difficulties and controversies accrued over what was then a three-decade history. Now it's ten years later, and Rebellion publishes the same title at 400 pages (opposed to 260), adding a co-writer (one Karl Stock) and presumably covering many of the ensuing events. Some nice descriptions of marginal and short-lived serials in the earlier edition, I've found it very useful; $45.00. 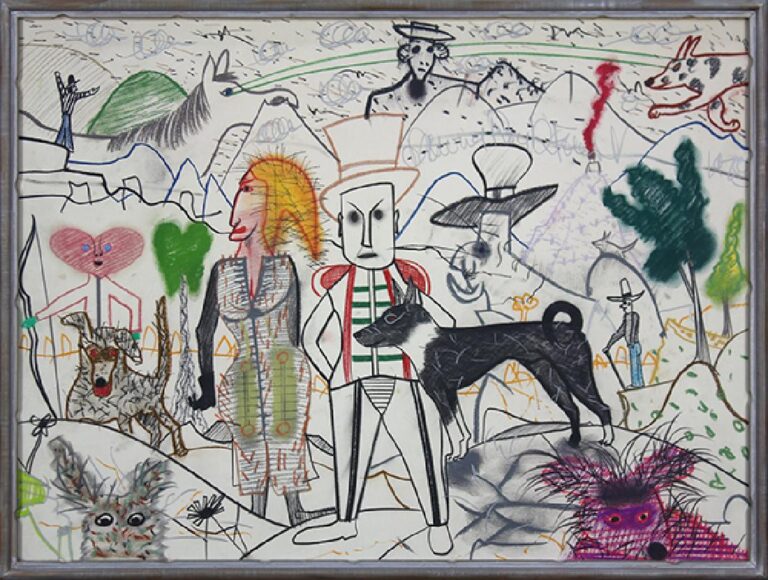 Turn on this Screen 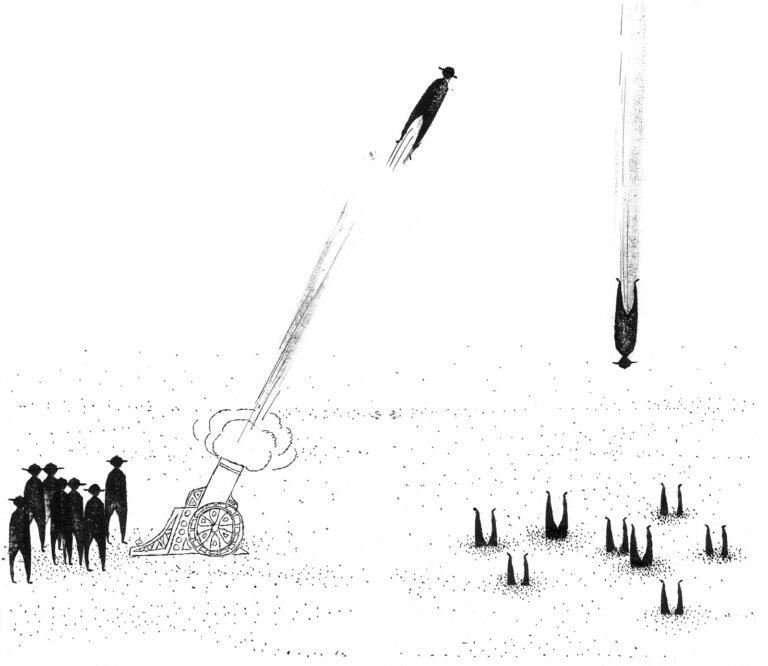