I'm in the middle of a thing right now. Several things, actually, but only one related to this: 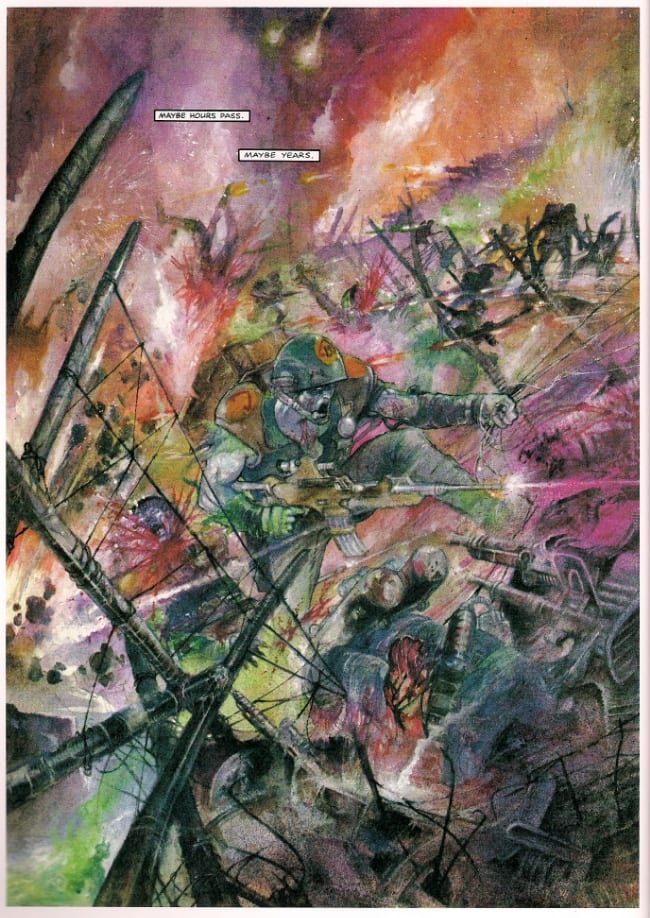 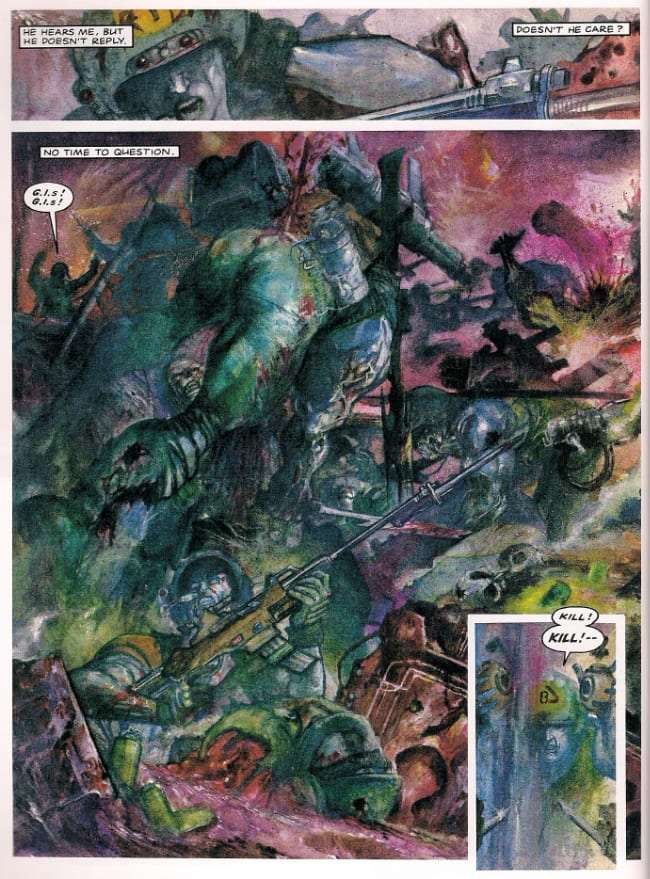 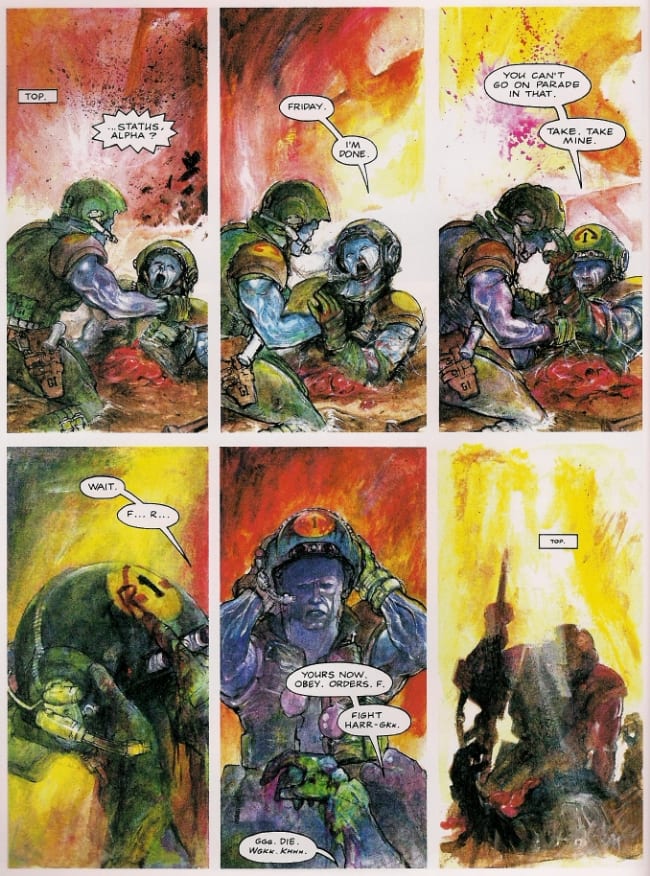 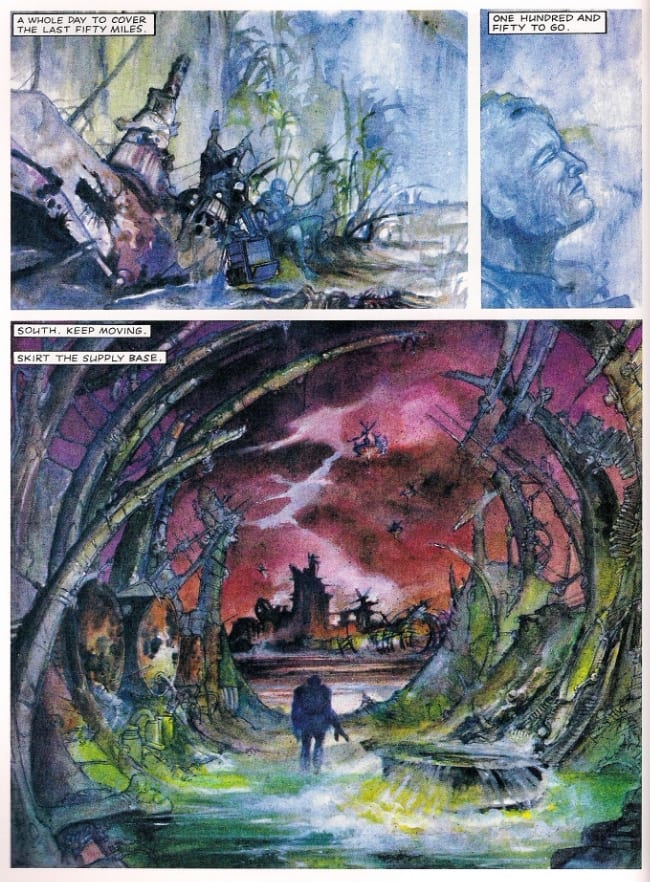 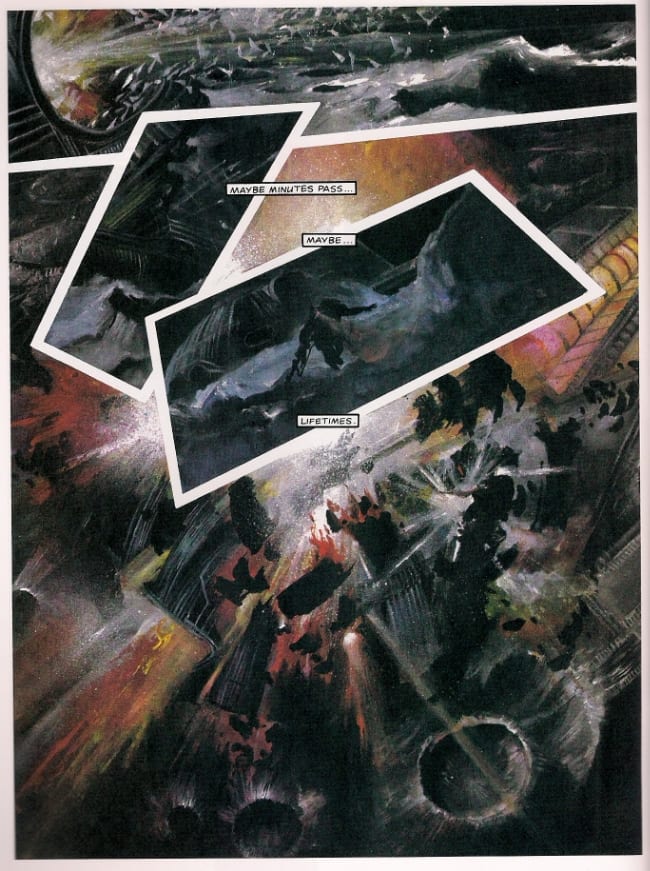 Will Simpson is probably best known in comics for his art on Garth Ennis' earliest Hellblazer stories. These days, he draws lots and lots of storyboards for Game of Thrones. But in 1989 & 1990, he brought the goddamned fury to The War Machine, a truly strange revamp of the old 2000 AD series Rogue Trooper - strange, because the story content of the new strip, positioning its abandoned artificial soldier against the heartless calculation of the military-industrial complex, was basically the kind of thing 2000 AD would *normally* do. What set The War Machine apart was not the fact that it was 'dark,' then, but that it was written in the cadence of the popular gritty American superhero comics of the day. Moreover, despite the fact that the writer was Watchmen artist Dave Gibbons (also the original co-creator of Rogue Trooper from back in '81), his compositional model was very clearly Frank Miller, whose staccato acks of hard-boiled brooding are... claimed, let's say, by the original home of the British Invasion, and thus so much of the American darkening apart from Miller's own efforts.

Plus, 1989 was the year Sláine: The Horned God rearranged the very idea of how comics ought to look in 2000 AD, which means The War Machine also stands with Jamie Hewlett's work on Hewligan's Haircut (1990) as an attempt to push the painted comics style in more intense directions than the legions of musclemen crowded in Simon Bisley's wake... quite an interesting time. More should (will) be said! 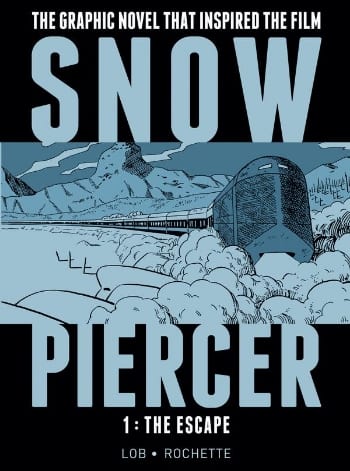 Snowpiercer Vol. 1: The Escape: If, like me, you viewed news of the recent Heavy Metal sale as a warning shot against the continued viability of European album translations on North American magazine racks ("The goal is to turn Heavy Metal into a more influential brand for mainstream audiences and genre fans..."), we can at least take some solace in the fact that sometimes French comics get made into movies too, and sometimes those movies get comics released. As such, we have Bong Joon-ho (of The Host) to thank for what had to be the first Jacques Lob project in English since the last time Ulysses was reprinted, a 1984 collaboration with Jean-Marc Rochette from the pages of (À suivre). The action is set on a train roaring through a wasteland - a train whose compartments represent the privileges and inequities of class in human society. Note that writer Benjamin Legrand revived the series with Rochette after Lob's death, and those latter installment should have their own release later. A Titan Comics hardcover, 112 pages at 8.2" x 10.9"; $19.99. 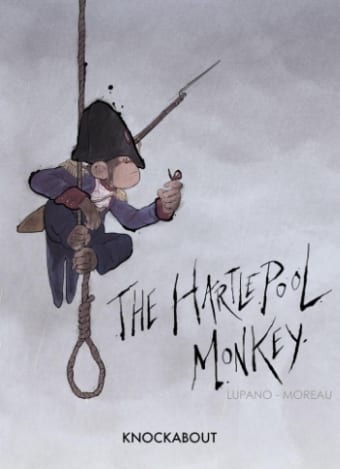 The Hartlepool Monkey: Aw, what the fuck - we'll have us a GALLIC PARTY up here today. And from another British publisher: Knockabout, presenting its translation of a 2012 album by Wilfrid Lupano & Jérémie Moreau, adapting an old tale about an English village so lacking in genuine understanding of their hated enemy during the Napoleonic Wars, they put a shipwrecked monkey on trial for espionage, believing it to be an average French person. Obviously a lot of satire in the air at the Diamond warehouse this week - you can see some art samples in the midst of this Joe Gordon review at the Forbidden Planet blog; $20.99.

Garth Ennis Presents - Battle Classics: Titan Books has been releasing compilations of high-end British war comics from the pages of Battle Picture Weekly for years now -- a ten-volume set of Charley's War, yes, but also books of Johnny Red and Darkie's Mob -- and now they've laid down a 256-page compendium of miscellany, notable for the presence of war comics maniac Garth Ennis, who has personally selected each short story and brief serial. If you've ever read Ennis' 2002 Vertigo comic Nightingale with David Lloyd, one of the stories in here served as inspiration for that. With contributions by John Wagner and Cam Kennedy, since Battle Picture Weekly doubled as one of the predecessor collaborations for many of the people who eventually formed the core of 2000 AD; $29.95.

The Complete Accident Man: And then came the '90s, specifically a 1991 incident in which many 2000 AD veterans set out to form an all-color, creator-owned color magazine called Toxic! It was like the Image revolution soon to happen in the U.S., if absolutely everything that could go wrong with a revolution actually did. Nonetheless, creator ownership gives you some added latitude in shopping around reprints, and so here comes Titan Comics with a 232-page omnibus hardcover of assassination-themed crime comics written by Pat Mills & Tony Skinner, with art by Martin Emond, Duke Mighten and John Erusmus. Dark Horse published this for a while after Toxic! folded -- as they did the magazine's notional killer app, Mills' & Kevin O'Neill's Marshal Law -- and this book should include everything that exists; $29.99.

Dredd: Underbelly: But what of ol' 2000 AD itself? Recently, Judge Dredd Megazine serialized a three-part story set in the world of the 2012 Dredd movie, and it appears Rebellion is now taking the unusual step of releasing a comic book one-shot collection specifically targeting the Direct Market of specialist retailers. Truth be told, it's a pretty typical Judge Dredd story, albeit leeched of all humor and set in danker environs - so, very much like the superhero revamps we often see in comic book stores! Written by Arthur Wyatt, with art by franchise veteran Henry Flint. Preview; $3.99.

Day of the Magicians: I definitely like that Humanoids is keeping their slightly older books in print - even looking back to 2011, it's easy to lose track of works by creators who otherwise have no presence in North America at all. I remember liking this story of familial magic from Italian creators Michelangelo La Neve & Marco Nizzoli (the latter a collaborator with Alejandro Jodorowsky on an untranslated series, Le Monde d’Alef-Thau), which Les Humanoides initially released as five albums from 2003 to 2010. It's all-in-one here, for 268 pages. Samples; $29.95.

Lost at Sea: 10-Year Anniversary Edition: Also a repackaging, but probably with a different intent - Scott Pilgrim creator Bryan Lee O'Malley's first solo graphic novel indeed dropped about a decade ago (late '03, specifically), and now his newest book, Seconds, is expected from Random House in July. As such, Oni is releasing this 176-page hardcover with some previously uncollected strips which I think ran on their website back in the day. Lots of woozy melancholic daydreaming in this one, probably something a little closer to the Good-bye, Chunky Rice wing of indie comics than the gaming/manga fusion of the artist's later works; $24.99.

Gangsta. Vol. 1: Yes, Gangsta. with a period, in English, is the title displayed on the Japanese covers of this seinen manga series by the mononominal "Kohske," and Viz has dutifully brought it all over here for fans of bad-ass specialists roped into aiding the police in their war against even worse crooks, in a world of drug-induced superpowers. If I'm not mistaken, this series (up to vol. 5 in Japan) runs in Monthly Comics @Bunch, which is a successor magazine of Comic Bunch, which provided Gutsoon! Entertainment with much of the content for their ill-fated Raijin Comics English anthology in the early part of the '00s - so, it's seinen, 'mature readers' manga, but take that in the sense of "slightly dirtier than Shonen Jump"; $12.99.

Bokurano: Ours Vol. 10 (of 11): On the other hand, Monthly Ikki is about as far a Big Three manga publisher like Shogakukan is willing to go into the 'art' comics realm, and it's from there Viz continues to draw this Mohiro Kitoh survey of severe youth dismay at the prospect of giant robot operation; $12.99.

Miracleman #2: Hey gang, do you like vintage reprints only tangentially related to the main story? No less than 23 of 64 pages from issue #1 of this Alan Moore superhero revival were comprised of such, and you can expect plenty more in this 48-page follow-up, though I understand there will also be 23 pages of Original Writing, including "The Yesterday Gambit," a Steve Dillon/Paul Neary/Alan Davis-drawn fill-in episode which I don't believe has been legitimately released since its 1982 initial printing in Warrior. From Marvel, with primary art by Garry Leach (who's recently gone on record praising Steve Oliff's new coloring of his original art). Preview; $4.99.

The Art of Vampirella: The Warren Years: Anyone who's read this column for more than a few months knows that I can't go very long without babbling about the many Spanish artists who populated the pages of the Warren horror magazines of the '70s, effectively transforming that E.C.-derived forum into a rolling tribute to the influence of Alberto Breccia and other influential artists who otherwise had no purchase in the American comics scene. What I'd give for a big coffee table book focused intently on that scene! (Money, is what I'd give.) For now, however, we'll have to do with this 200-page Dynamite hardcover presenting all of the Vampirella cover art from throughout the Warren era, sans logo or anything else. Fans of one Manuel Pérez "Sanjulián" Clemente are probably in for a treat; $39.99.

The Art of Ramona Fradon: And here is a *second* Dynamite hardcover art book for the close of January, 144 pages dedicated to the Metamorpho co-creator and super-clean Silver Age stylist. The solicitation indicates that Howard Chaykin will be interviewing Fradon as well; $29.99.

Warlock by Jim Starlin: The Complete Collection: One of the perks of a character like Thanos picking up a lot of movie buzz is that a lot of older stuff comes back into print. So, if you haven't had time for writer/artist Jim Starlin's mid-'70s cosmic auteur period at Marvel, here's a 328-page color stack of it, featuring Strange Tales #178-181, Warlock #9-15, The Avengers Annual #7 and Marvel Two-in-One Annual #2; $34.99.

Library of American Comics Essentials Vol. 4: Alley Oop, 1939: Small format reprint, IDW - this is one of LoAC's 11.5" x 4.25" bars o' comics from various critical moments in newspaper strip history, now eying V.T. Hamlin as he began to shift the focus of Alley Oop away from prehistoric scenes via the sudden introduction of a time machine. Expect 344 pages of daily strips, with an introduction by Michael H. Price; $24.99. 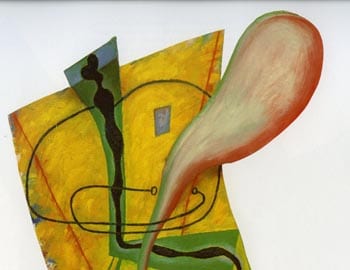 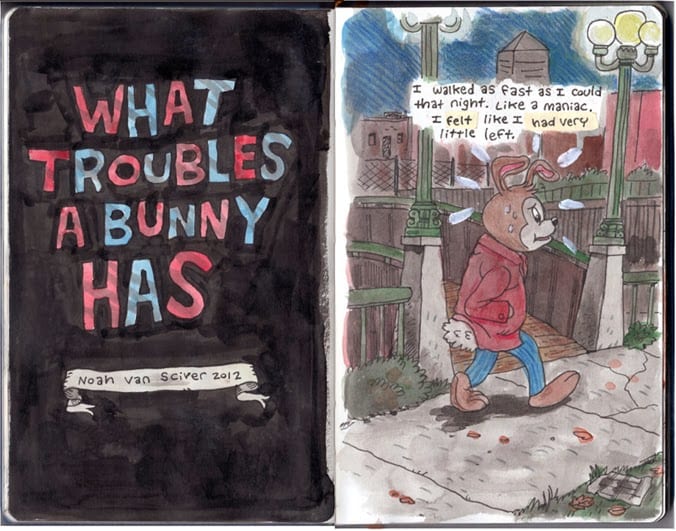