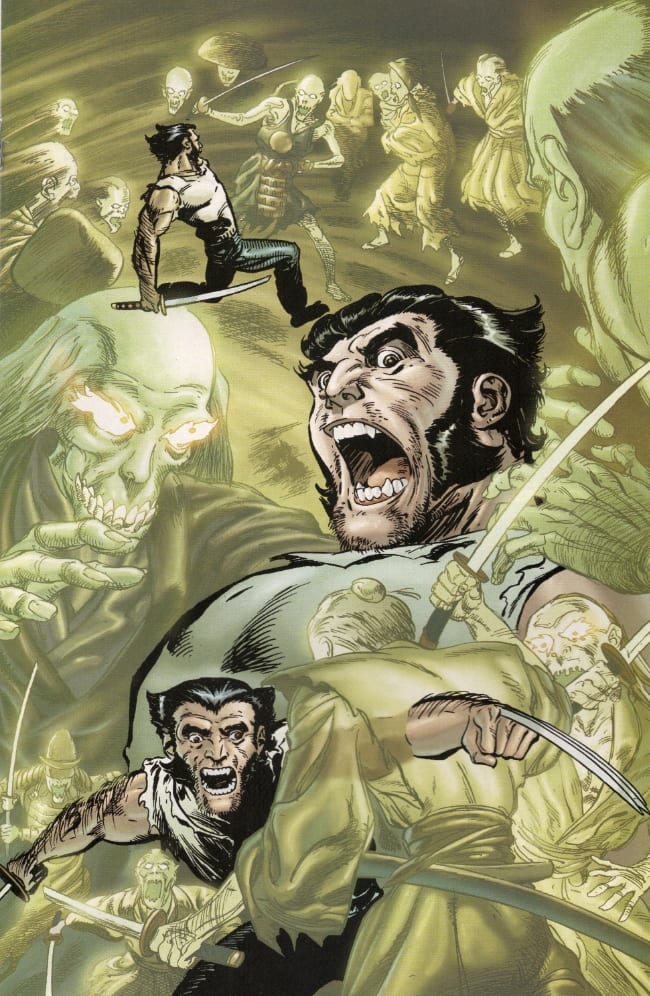 Yesterday on Twitter, Marvel's C. B. Cebulski -- Vice President of International Business Development & Brand Management -- announced a Japanese-market crossover between various Marvel superheroes (Spider-Man pictured) and... something relating to Hajime Isayama's wildly popular serial Attack on Titan; if not the characters than at least the concept. Cebulski, if I am recalling correctly, used to work with translated manga properties at the longtime anime/Asian culture mainstay Central Park Media, and made his entry to Marvel via its early '00s Marvel Mangaverse effort at jumping onto the rapid popularization of Japanese comics via superhero means. It wasn't long after that Kia Asamiya (briefly) became an artist on Uncanny X-Men, and Tsutomu Nihei created an entire mutant miniseries, Wolverine: Snikt!, both in 2003.

But what I immediately thought to upon hearing this news was not a mini-run but a single issue - a comic Cebulski edited that same year: X-Men Unlimited #50, marking the one and only appearance of Kazuo Koike as writer for an American comic book. Koike was actually a Marvel superhero veteran of a sort, having worked on a Hulk series way back in the early '70s at the time of the publisher's first effort at cracking the manga market via Kodansha (the same effort that led to Ryōichi Ikegami on Spider-Man), but he only became well-known in English-speaking environs via Frank Miller's boundless enthusiasm for Lone Wolf and Cub, the popular swordsman series Koike wrote for Gōseki Kojima. Miller, of course, had gotten to indulge his Japanese fascinations through a very prominent 1982 Wolverine miniseries with Chris Claremont, so the character's relation to manga stuff had been at least somewhat well-established already.

It's not a good comic. Good cover, yes -- by the great Katsuya Terada -- and the presence of mutant favorite Paul Smith as artist at least eases the read, but Koike brings nothing of the totally gross, crackpot energy that marks his most intense work. Perhaps this was wise. No Milo Manara problems here - faced with new horizons, Koike (or his editors) (or someone of authority, somewhere) (or everyone) clamps down on anything potentially problematic (and believe me, there are levels of acute sexual violence in the Koike canon to leave you pale) to arrive at what can best be termed "quintessential product." Wolverine (may he rest in peace) encounters a talented sword lady who, following the first four pages of the issue, becomes a 100% helpless damsel in the face of a dangerous Old Man who wants the mystic sword she's been fated to carry by the murder of her father. Wolverine discovers the sword is cursed by the souls trapped by its killing strokes, but he can handle that shit because he's Wolverine. Then the Old Man picks up the sword and the souls kill him, and then Wolverine dumps the sword in a vat of molten steel. Thumbs up, Wolverine!

Koike, however, had some help. While the story is credited to him, the script is co-written by Kengo Kaji; I would not be too surprised if it were revealed that Koike presented a Stan Lee-like scenario for his charge to flesh out. Kaji was a graduate of Koike's Gekiga Sonjuku class for comics creation - Rumiko Takahashi and Tetsuo Hara are fellow alums. He bummed around for a while doing manga writing -- one of his series, Lycanthrope Leo (with artist Kenji Okamura) was partially translated by VIZ in the '90s -- but he's maybe best known in the west as a writing supervisor on the 2000 movie version of Junji Itō's Uzumaki and screenwriter for the 2008 Yoshihiro Nishimura cult bait opus Tokyo Gore Police (NSFW, that). He also, interestingly, continued working with Marvel as the company ramped up its Japanese presence: he served as sole writer for the 2011 Wolverine television anime series, and screenwriter for the 2013 video animation Iron Man: Rise of Technovore. Proof again that some superhero writers never truly leave.

Art Schooled: Being the longform graphic novel debut of British cartoonist Jamie Coe, who's got an appealing, crawly style that evokes predecessors ranging from Patrick McEown to Hellen Jo - it's a strong look. The story looks to be a slice-of-life romance-y autobio-ish thing about visual education in London - 96 color pages from Nobrow. Preview; $22.95. 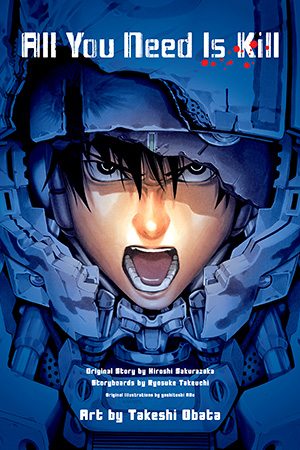 All You Need Is Kill: But if it's more of an establishment quality you're chasing, now that the days are shorter, here is the official manga adaptation of the 2004 Hiroshi Sakurazaka novel which served as basis for this past summer's Tom Cruise SF outing, Edge of Tomorrow. That was an illustrated novel, by the way, and the illustrator is someone a few of you will recognize: Yoshitoshi ABe, well known for his visual designs on anime like Serial Experiments Lain and Texhnolyze - the latter from Iron Man: Rise of Technovore director Hiroshi Hamasaki. In fact, C. B. Cebulski published an ABe artbook, essence, waaay back in 2001 via his then-going Fanboy Entertainment, which was also supposed to translate ABe's short manga, White Rain, although I don't think ABe managed to finish that until many years later. Anyway, ABe is credited here with the original designs, although the artist proper is Death Note co-creator Takeshi Obata, working from storyboards by Ryōsuke Takeuchi. A big 550 pages, complete in one softcover; $14.99.

Grandville Noël: Being the fourth installment of Bryan Talbot's anthropomorphic critter/steampunk detective series, which has proven to be perpetually weirder and cleverer than expected - you'd think I'd learn by now. This one involves a mass murder cult, terrorist humans, and other threats to political stability. A Dark Horse hardcover in very shiny color, 104 pages. Preview; $19.99.

The Worst of Eerie Publications: Few overview-style books-on-comics were more entertaining than the 2010 Fearal House release The Weird World of Eerie Publications, a Mike Howlett introduction to the bottom of the '60s/'70s b&w horror magazine barrel that was the notorious Eerie Pubs, which mostly reconfigured older horror comics into gorier forms, but also rolled out a few... extra-special items of ragged, blood-drenched interest. (Incidentally, the publisher, Myron Fass, was also behind the late '70s Heavy Metal knockoff GASM, which published some of the earliest comics work of Chuck Dixon, James O'Barr and... Ben Katchor.) Now comes Craig Yoe and IDW for 148 pages of interior selections by Howlett himself, with cover images and informative texts. Halloween isn't over, fuck other holidays; $27.99.

Loiterers (&) The Train: Two here from Conundrum, one of the most frequently compelling Canadian comics publishers. Loiterers is a 112-page collection of work by Simon Bossé, a contemporary of Julie Doucet in '90s alt-comics out of Quebec, and a pretty furious artist in his own right. The Train, meanwhile, presents 84 pages of offbeat Hong Kong manhua from 2007 - it's not just martial arts, you know. The artist is Chihoi -- Conundrum also translated his story collection The Library -- and the writer is Taiwanese poet Hung Hung, detailing "a surreal train ride"; $18.00 (Loiterers), $15.00 (Train).

Kinski: Monkeybrain Comics continues to release a wide variety of original digital comics that have a way of catching print-focused eyes, but some of their offerings do eventually appear as hard copies. For example, here is Image with a complete collection for writer/artist Gabriel Hardman's story of a man on a mission to save a dog, no matter what it takes - very well-received in its earlier iteration. Samples; $14.99.

The Humans #1: But don't fret, Image has new comic books too, like this series from Keenan Marshall Keller & Tom Neely, two alt-genre/art comics guys serving up ape-men who ride motorcycles in a drive-in movie world. An issue #0 was published by the creators earlier this year. Official site; $2.99.

The Wake (&) Superman Unchained #9: I've been talking about Marvel a lot today, a fair amount of Image - DC, not so much, although I do recognize the enduring popularity of Scott Snyder, their current golden child writer, much-valued by a lot of superhero readers today. Here are two prominent releases from him, the first being one of the more successful recent Vertigo series, now a 256-page hardcover book: The Wake, an underwater horror thing drawn by the very good Sean Murphy. Superman Unchained is Snyder's collaboration with penciller Jim Lee, a prestige-y superhero series now reaching its final issue, and no doubt headed for hardcover form itself; $24.99 (Wake), $4.99 (Superman).

Behold! The Dinosaurs!: Your not-quite-a-comic of the week, although artist Dustin Harbin has released a number of autobio comic with Koyama Press, and lettered a variety of other works (among them Bryan Lee O'Malley's recent Seconds). This, however, is a long foldout book depicting 100 dinosaurs (and other things), published by Nobrow in the interests of education across the globe. Look at it; $24.95.

The Chronicles of Legion Vol. 1 (of 4): Rise of the Vampires: God damn it! ANOTHER Titan Comics release of French stuff! Did Snowpiercer do this?! Know, however, that there's an additional pedigree here, as writer Fabien Nury is actually following up an earlier Humanoids project with John Cassaday through a 2011-12 prequel, illustrated by various artists including Mario Alberti (who did some very lush Marvel work with writer Christos Gage a few years back) and Zhang Xiaoyu, the manhua artist behind Humanoids' Crusades. It's 56 pages, in hardcover. Samples; $10.99.

Beatles With an A: I am wholly unfamiliar with Finnish cartoonist Mauri Kunnas, although I have read that he is best known as a very prominent illustrator of children's books. This 2012 release, though, is an 80-page general audiences book chronicling the early years of the music outfit in a humorous, irreverent style. Published in English by the often humorous and irreverent UK fixture Knockabout; $19.95.

What Did You Eat Yesterday? Vol. 5: Your continuing manga pick, as Vertical continues this Fumi Yoshinaga series about the many meals and everyday affairs of two men in a romantic relationship. Vol. 9 arrived in Japan this past summer, if you want to keep your bearings; $12.95.

Soul Swallower: Drawing a blank on Joel Mercer, the UK cartoonist presenting this 88-page comics-as-poetry work (very drawn-from-life visuals), but thinking of manga makes me think of Stephen Robson, who's released a lot of worthy Japanese and European work through his Fanfare company, which appears to be backing this edition (I think a reissue of a self-published book from '12). Preview; $15.00.

Walter Simonson's Manhunter and Other Stories Artist's Edition: That was a lot of equivocation. Let's close it out here with something I'm sure about: the enduring popularity of this DC action property refurbished by Simonson and the late Archie Goodwin, just shouted out by Michel Fiffe in his interview the other day, and still a fixture (in collected format) in many comic book stores. This is the obligatory IDW gigantic original art edition of that, with a smattering of addition short-format DC superhero work - 176 pages in total, standing at 12.25” x 17.25”; $125.00. 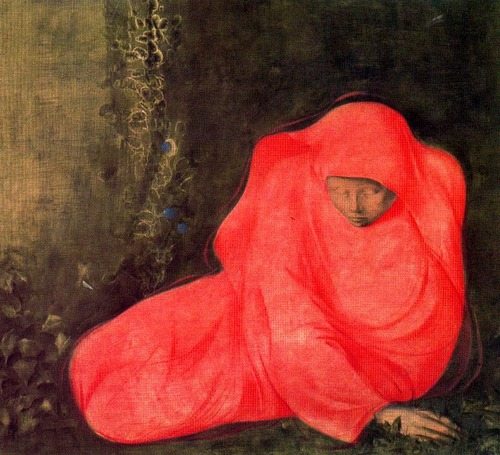 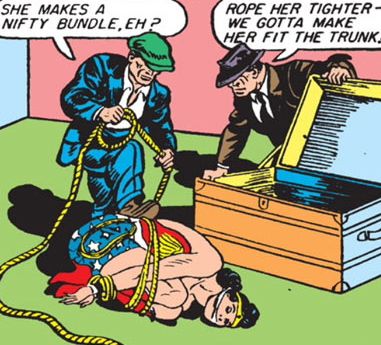