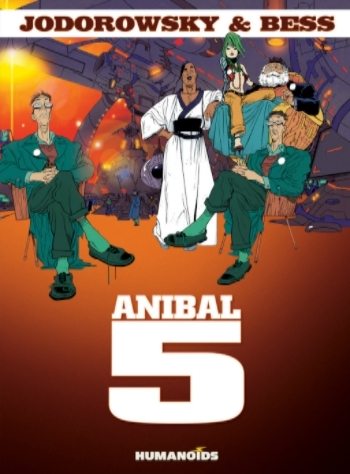 Anibal 5: W-- wait! Why is the bottom of the column starting at the top?! That is because the top of the column is usually employed for the purposes of retrospect, and this 136-page collection of comics (1990-92) by Alejandro Jodorowsky & Georges Bess was, from what I can gather, pretty much definitively released last week, despite its ongoing absence from Diamond's public release list. I have been told that Anibal 5 was placed in Previews Adult, Diamond's separate ordering mechanism for "products of a sexual nature intended for an adult audience" (as was one or more recent editions of The Best American Comics, if I am not mistaken), and this may have contributed to the book's absence from the master list I tend to consult... even though I *know* adult-designated items have appeared there in the past. Anyway, Humanoids publishes this 7.9" x 10.8" hardcover, the first half of which had a Heavy Metal edition years and years ago - it is definitely a ribald sort of secret agent fantasy, derived from 1960s Mexican comics Jodorowsky had originally put together with artist Manuel Moro. Samples; $24.95. 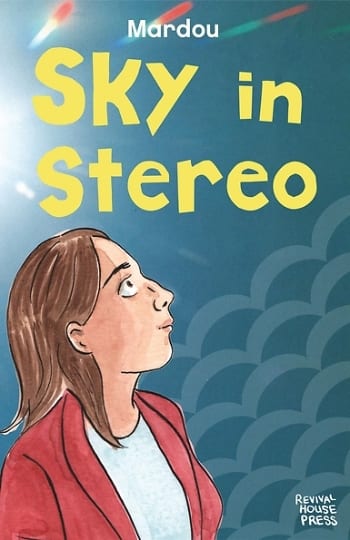 Sky in Stereo: Once again, the week's spotlight is devoted to books which debuted at SPX two weekends ago. Anecdotally, it didn't seem like very many people were expecting this 180-page Revival House Press collection (distro by Alternative) of hugely-admired slice-of-life comics by Sacha Mardou, who'd previously serialized the work as self-published and small press comic books, but certainly there's a lot of enthusiasm surrounding its depiction of critical teenage experiences. I don't believe Mardou has ever released a bookshelf-type comic before, so don't let it slip by; $17.95. 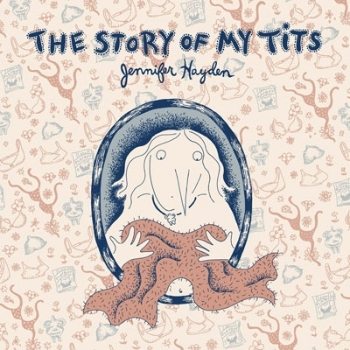 The Story of My Tits: Also talked up on the show floor was this Top Shelf release, a 352-page softcover memoir in which artist Jennifer Hayden (of the webcomic Underwire, which Top Shelf has collected) details the many connotations of her breasts upon a cancer diagnosis - not an unfamiliar disturbance to familial order as she knows it. Preview; $29.99.

Ruins: Yet more from the Small Press eXpo, as SelfMadeHero presents a 328-page color graphic novel by Peter Kuper, co-founder of World War 3 Illustrated and longtime veteran of politically confrontational drawing. A fictional account premised on some personal witness, the book plants a U.S. couple in the midst of upheaval in Oaxaca, premised on 2006 protests sparked by violent police confrontations surrounding a teacher's strike. A 7.5" x 10" hardcover, distributed to North America by Abrams. Samples; $29.95.

Oyster War: And here is a new release from Oni, being a hardcover album edition of webcomics by Ben Towle, a seafaring story of adventure in the dangerous world of oyster retrieval. Very lush visuals, reminiscent of Christophe Blain and other French adventure veterans. Preview; $29.99.

Suite Française: Storm in June: On that note, here is your Eurocomics release of this week (as opposed to last), a 220-page Arsenal Pulp Press translation of Emmanuel Moynot's 2014 comics adaptations of Irène Némirovsky's novels of life in the chaos of World War II, which were halted by the author's death in Auschwitz. Moynot is one of those respected, versatile French-language professionals whose work rarely appear in English (I believe he also did some Nestor Burma comics after Jacques Tardi stopped), so I'd pay particular attention to this one. Preview; $21.95.

Beef With Tomato (&) Long Red Hair: Two more (semi-)autobiographical items for the week. Beef With Tomato is the new one from longtime alt comics presence Dean Haspiel, now via Hang Dai; "[a] native New York bruiser escapes from Alphabet City to make a fresh start in Carroll Gardens, Brooklyn, only to face a new strain of street logic," goes the solicitation. Long Red Hair is from Meags Fitzgerald and Conundrum Press (both of 2014's Photobooth: A Biography), a youthful delving into "the mystique of sorcery and sisterhood"; $14.99 (Beef), $17.00 (Red).

Drawn Onward: Ooh, an Alternative Comic Book. It's 32 pages from Matt Madden, longtime artist of experimental comics, formulating a palindrome story from two narrative tracks of people meeting a number of times on subway platforms. This one may have been out for a little while, though I think it hasn't appeared in comic book stores via Diamond. A Retrofit/Big Planet release. Samples; $5.00.

Saints #1 (&) A Train Called Love #1 (of 10): Two comic book debuts, in case you crave the pleasure of rolling up paper productions and putting them in your pockets, and then pretending you are a wild west gunfighter, like I do, at work. Saints is the obligatory Image offering, but coming from a first-time comics writer: Sean Christopher Lewis, a playwright, filmmaker and This American Life commentator who's devised a scenario about average people housing the souls of revered martyrs and getting dragged into a holy war. The solicitation wants very badly to say it's Dexter meets Preacher; the art is by painter and illustrator Benjamin Mackey. Speaking of Preacher, writer Garth Ennis presents a new romance comic titled A Train Called Love, which I think is supposed to make me go "whaaa, a Garth Ennis romance comic ?!?!1!1" though it actually looks to retain a lot of the antic flavor of his comedic series Dicks with John McCrea. The artist now is Mark Dos Santos, and the publisher is Dynamite. Train preview; $2.99 (Saints), $3.99 (Train).

Yo-Kai Watch Vol. 1: You might recall a column I did a few months back regarding all the free junk you get with an issue of CoroCoro Comic, a tightly-coiled trap of advertising entertainment in the form of a Japanese children's comics magazine. Well, as luck would have it, one of the most successful cross-platform endeavors to fuck with CoroCoro is now rumbling over westward - Yo-Kai Watch, a line of video games and toys premised on finding, battling and collecting fantasy critters in the grand tradition of Pokémon. The television anime just began airing on Disney XD, the first of the video games is due in North America next month, and now VIZ brings collected editions of artist Noriyuki Konishi's manga version (one of several), straight from the pages of CoroCoro itself. Currently up to vol. 8 in Japan, where the craze continues unabated; $9.99.

Oh My Goddess! Vol. 48: I love pairing beginnings with endings; it fools me into thinking there's an overarching narrative to existence. In the narrative of Japanese comics in English translation, a small but enduring player would be Kōsuke Fujishima, whose long-running 'guy meets a magical girlfriend and antics accompany their chaste relationship' series has been published locally by Dark Horse since 1994. Now, finally, the ending arrives with the wedding of that dude and the magic lady. How many long series of anything end with a big wedding anymore? Preview; $12.99.

The Marvel Legacy of Jack Kirby (&) S.H.I.E.L.D.: The Complete Collection Omnibus: Marvel has roughly one billion items out this week, many of them relating to new #1 issues for Spider-Man, Iron Man, Doctor Strange and, uh, Contest of Champions (Chris Bachalo is drawing Strange, which might look neat), so naturally I will talk about old things. The Marvel Legacy of Jack Kirby looks to be a somewhat unusual production for the publisher, a 240-page landscape-format slipcased tome giving an overview of Kirby's Marvel works with commentaries by various authors. S.H.I.E.L.D., meanwhile, is a more typical hardcover compendium, collecting the major Jack Kirby and Jim Steranko outings for the super-spy Nick Fury character, along with some later stuff Archie Goodwin and Gary Friedrich wrote for Frank Springer and other artists - there should be a Steve Parkhouse/Barry Windsor-Smith story in there. Plenty of room across 960 pages; $49.99 (Kirby), $99.99 (S.H.I.E.L.D.).

Forty Whacks and Other Stories Illustrated by Jack Kamen (&) Walt Disney's Donald Duck Vol. 7: Trick or Treat (&) Usagi Yojimbo: The Special Edition: Finally, three reprints from Fantagraphics. Forty Whacks offers 200 b&w pages of stories from the days of EC, with the stylish artist of the title. Trick or Treat is 228 pages of color Carl Barks, attuned to this desirous season. And Usagi Yojimbo crams the entirety of the Fantagraphics run of Stan Sakai's rabbit ronin adventure series into an 1,160-page slipcased hardcover set, with a cover gallery and various extras; $29.99 (Whacks & Trick), $74.99 (Usagi).

The thumbnail image on the front page this week is taken from Landfill Edition's 2015 anthology Mould Map 4; the artist is Patrick Crotty. 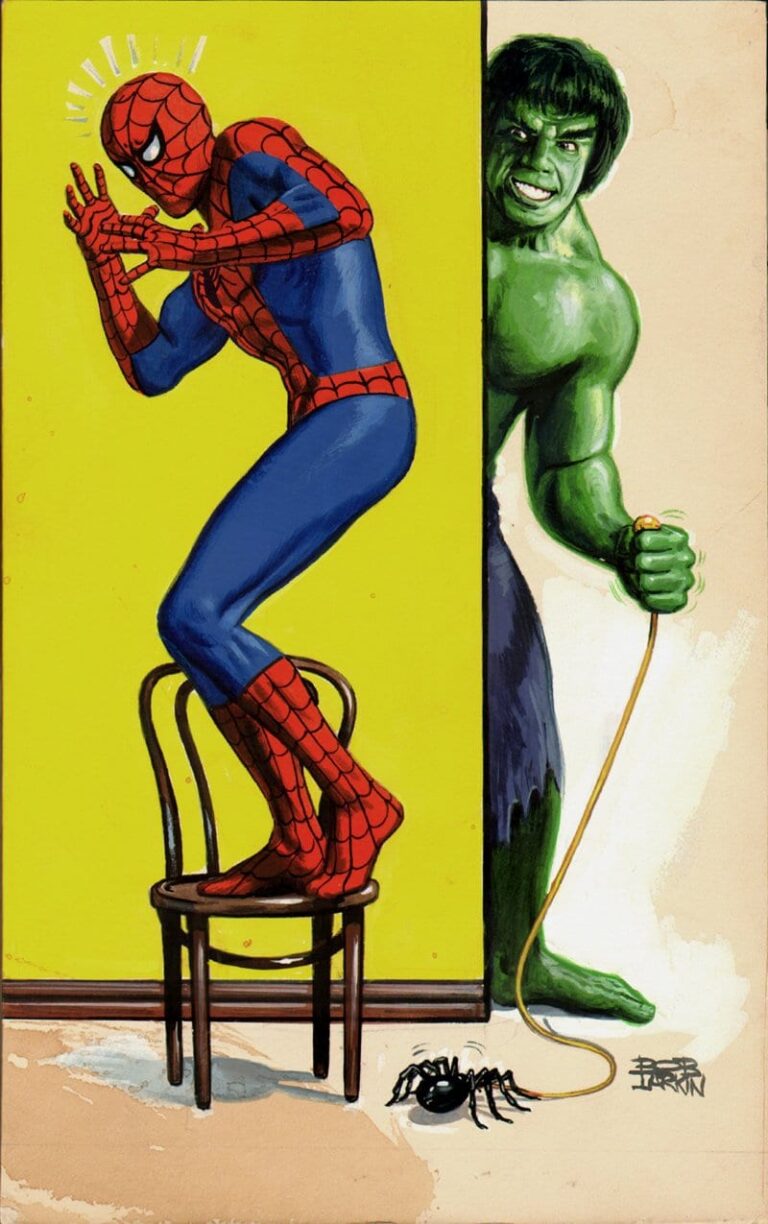 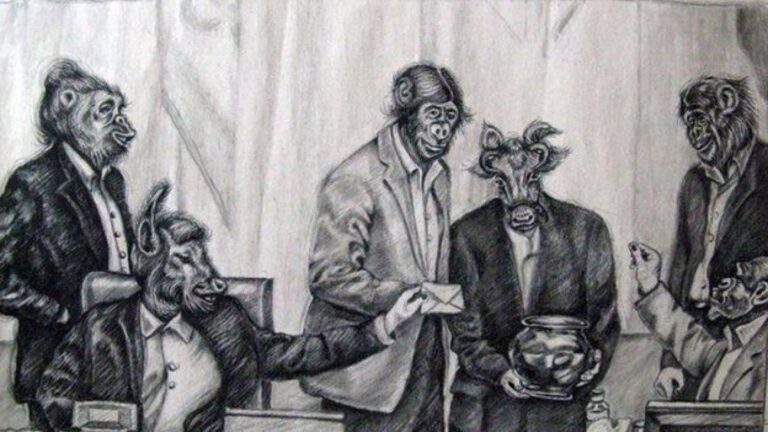