Ha ha, no, I'm just kidding - I haven't even seen the new Star Wars trailer. What I *have* seen, though, chimes with similar mass appeal: 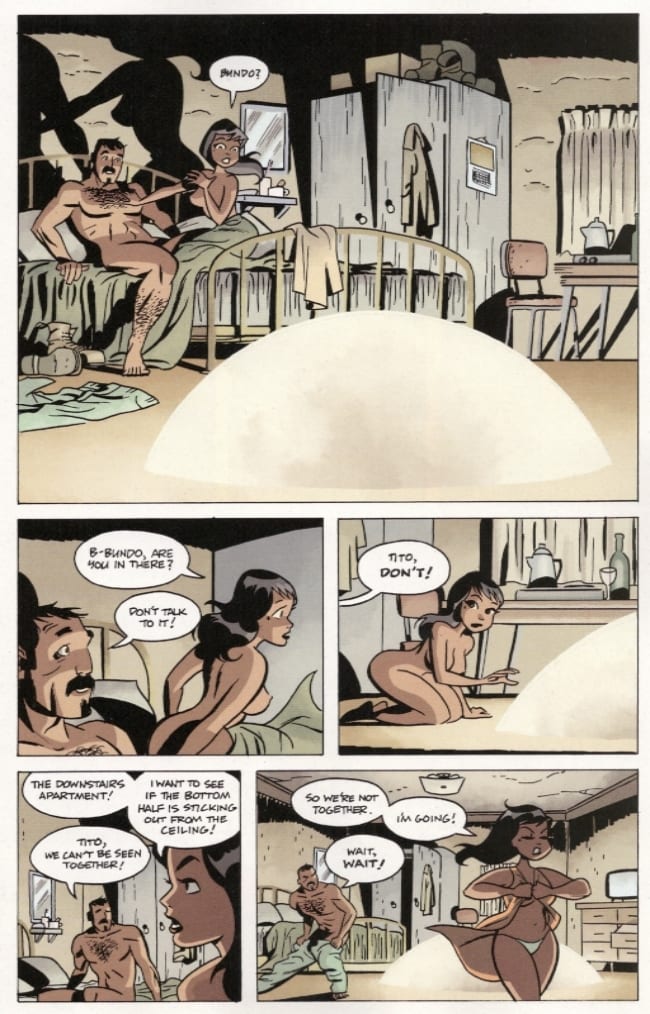 This is from last week's debut issue of The Twilight Children, a Vertigo miniseries written by Gilbert Hernandez and drawn by Darwyn Cooke. I found it to be the most striking page in the comic, mainly for the lengths to which Cooke goes to avoid showing any direct nudity in his depiction of lovers interrupted mid-coitus by a surreal glowing orb. That the man will have his legs or pants positioned just so to obscure his junk is probably to be expected from such a mainline comic book release, "suggested for mature readers" or not, but what's striking is how Cooke both specifically glamorizes the woman -- oh that peek-a-boo pose in panel 3! -- while also smoothing her breasts into featureless outlines; in this way, she's rendered as pure artifice in a manner far beyond even the iconographic glamour girls of Hernandez's own body of work, who do at least have accurate tits and may, in some cases, stoop under the weight of their breasts or become fat or age eventually, like people. There is another naked woman in this comic, and Cooke draws her in just the same way.

I don't think I need a big reveal here as to which of the approaches I favor, but I think what's happening is anyway part of the whole aesthetic of the comic, which for now is like translating Hernandez's frequently elliptic (if bluntly-communicated) brand of genre comic into a glossier form. I don't just mean that in terms of how Cooke and colorist Dave Stewart make everything look designed for the DC animated dvd version of an otherwise non-existent Gilbert Hernandez comic, but in how Cooke breaks from Hernandez's familiar dialogue exchanges and sharp scene-shifts to present, for example, a lively action scene in which a storm blows through town and a man leaps into the air and snatches an errant baby away from doom, debris whooshing dramatically from background to foreground like storyboards for animation, or simply CG effects in a big-budget summer blockbuster. If much of Beto's work in recent years has focused on 'B-movie' visions from inside his Love and Rockets stories, this is the AAA-level J.J. Abrams version, slick and smooth and dressed like a born winner. Whether it will prove any better-remembered than Star Trek Into Darkness or Before Watchmen: Minutemen is a valuation for beyond these first tastes. 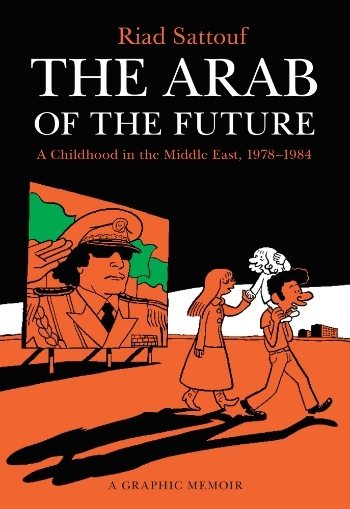 The Arab of the Future: A Childhood in the Middle East, 1978-1984: You know you've got a prestige release on your hands when the New Yorker is weighing in, though Eurocomics watchers have kept an eye on this one at least since its French printing took the Fauve d'or at Angoulême earlier this year. The work of writer/artist Riad Sattouf, this 160-page Macmillan memoir covers a youth in Libya, France and Syria, prominently in the shadow of the author's idealistic father, an enthusiastic participant in Muammar Gaddafi's socialist experiments adjusting uneasily in the face of upheaval. A sequel, advancing the timeline through 1985, was published in France just a few months ago, so expect more soon. Official site; $26.00. 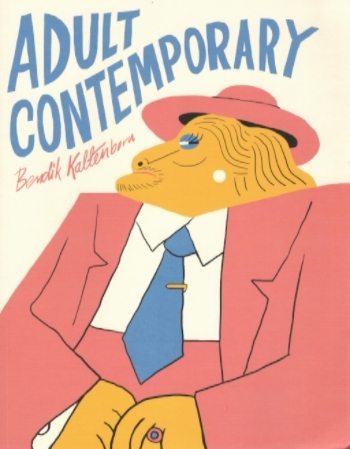 Adult Contemporary: Being the latest Drawn and Quarterly release of Scandinavian comics, this time from Norway's Bendik Kaltenborn, co-founder of the famous Dongery small press gang, making his solo North American debut with an 8.3" x 10.6", 176-page color softcover adorned with plugs from Jim Woodring, Joost Swarte, Marc Bell and others. They're not just whispering sweet nothings - absurdism and parody abounds in these short pieces, manifesting some impressive variations in visual approach. A very attractive book for an artist overdue; $26.95.

Druuna: The Serpieri Collection Vols. 1 & 2: In which the eyes of the Eurocomics reprint boom inevitably fall upon Paolo Eleuteri Serpieri's signature creation, an erotic SF/horror concoction that came to define a strain of French comics in English well past the 'experimental' era of Heavy Metal in the late '70s. No, Druuna in translation was a native of the magazine's 1986-89 period as a quarterly, and ultimately became prominent enough in the next decade that a simplistic-if-emotionally-compelling argument can be made that the very aesthetic of the Kevin Eastman editorship was premised on filling the generous proportions of a Druuna-shaped outline. Ironic, then, that Serpieri's real strength is in the hellish stained-concrete setting through which his heroine maneuvers her marble-hard anatomy: a theocratic, class-riven, disease-stained urban microcosm in which Druuna initially functions as a sort of prototypical Lars von Trier icon of suffering virtue, until more traditional generic devices and metaphysical concerns are imposed. This new series of hardcovers looks to double up the original albums, so that vol. 1 contains the '80s material best known in English under the "Morbus Gravis" banner, while vol. 2 reaches into the early '90s for "Creatura" and "Carnivora". The publisher is Lo Scarabeo, an Italian outfit which does not appear to have ever released comics in English before, so I would recommend you try and maybe flip through before committing to purchase; $22.50 (each).

Fistful of Blood #1 (of 4): But because Serpieri can only work so fast, despite so very much space to fill, the Eastman-era Heavy Metal would also publish serials like this, a goofy 2001-03 horror/western Kevin Eastman himself put together for Simon Bisley at his most mannered and exaggerated. Now it's an IDW miniseries, newly-colored with production material included with each 40-page issue; $4.99.

Kill la Kill Vol. 1 (of 3) (&) Ninja Slayer: Machine of Vengeance: Know, however, that tough and scantly-clad customers are not merely a French or Italian or American thing - Japan too is more than happy to serve. TRIGGER is a relatively new anime studio that's become known for original and/or unorthodox works, two of which are represented here by official tie-in manga. Kill la Kill was a 2013-14 television series directed by Hiroyuki Imaishi -- himself recently of a Planet Hulk variant cover at Marvel -- concerning the relationship between a hot-blooded teen girl and the living organism that becomes her clothing, weapon and comrade in a battle against a fascist high school which spills over into worldwide cultural invasion. Ryō Akizuki draws a functional keepsake for fans, published by Udon. Ninja Slayer originated in 2012 as fake American novels of Japanese exotica before spinning out into a TRIGGER animated show and several manga series (one of which Kodansha is releasing as Ninja Slayer Kills!) - this one is the earliest of those, adapted by Yoshiaki Tabata and drawn by Yūki Yogo, and published in English by Vertical. It's up to vol. 5 in Japan; $12.99 (Kill), $12.95 (Ninja).

Get Jiro: Blood and Sushi: Ah, but nothing beats a traditional fighting/cooking series, like this one from legendary mangaka Anthony Bourdain. Well, actually it's a Vertigo hardcover graphic novel essaying a Japanese theme, following up on 2012's well-liked Get Jiro! - this one recounts the early years of the titular sushi chef/crime lord. Note that original art/color team of Langdon Foss & Dave Stewart has been replaced with Alé Garza & José Villarrubia, though Bourdain continued to write in collaboration with Joel Rose; $22.99.

Walter Dean Myers' Monster (&) Hunter S. Thompson's Fear and Loathing in Las Vegas: Two adaptations here. I am not familiar with the work of artist Dawud Anyabwile of Brotherman Comics, though he's been active in animation and illustration for a long time - Monster is his adaptation, with writer Guy A. Sims, of the late Myers' 1999 young adult novel about a teen on trial for murder. It's a 160-page b&w HarperCollins release. Fear and Loathing in Las Vegas comes from Top Shelf, as Troy Little spends 176 color pages laying out Thompson's 1971 eulogy for the U.S. counterculture; $9.99 (Monster SC), $17.99 (Monster HC), $24.99 (Vegas).

Omaha Beach on D-Day: Finally, we circle back to France in this, the whirlpool of our lives, for a 2014 release from writers Jean-David Morvan & Séverine Tréfouël (you may remember the former from numerous Magnetic Press releases like Meka, Naja and Zaya) and artist Dominique Bertail, illustrating the story behind the title photograph by Robert Capa. A historical text by Bernard Lebrun will also be included in this 11.17" x 7.19" landscape-format hardcover, 100 pages from First Second. Samples; $24.99.

This week's front page thumbnail is a text clipping as presented in Bendik Kaltenborn's Adult Contemporary. 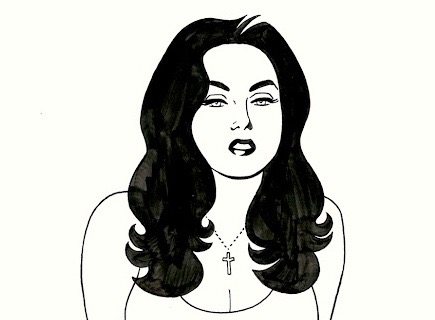 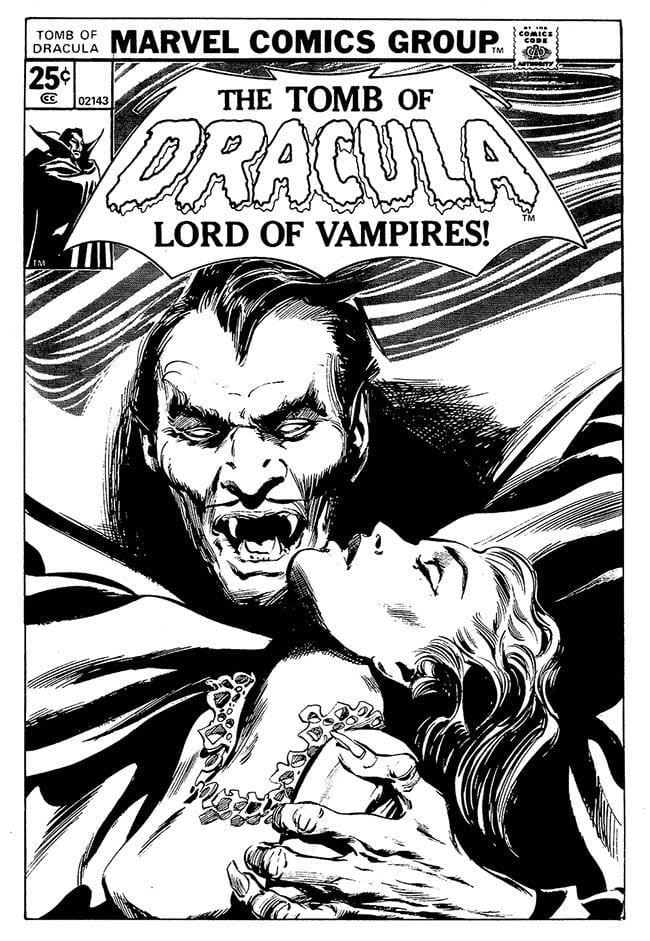 An Interview with Tom Palmer