Yesterday was a terrible day for comics, as two immensely gifted and beloved artists passed away.

First came the news of the death of Richard Thompson, creator of Cul de Sac, probably one of the last truly great newspaper strips, and one begun after many people no longer believed that to be an achievable feat. Thompson was only 58 years old. We will be publishing an obituary and tributes to him soon. In the meantime, here is the notice that was run in the Washington Post, and here is the coverage from WUSA.

In the age of the emerging stick figure, it is refreshing—invigorating—to see actual drawing skill lauded so loudly. But Thompson’s talent doesn’t end with his drawing ability: his lines, interesting and sublime in their simplicity and complexity, merely visualize the world he has created in Cul de Sac, which Cavna describes as “a sly, whimsical skip through suburban life with Alice Otterloop, her friends Beni and Dill, elder brother Petey and her classmates at Blisshaven Academy preschool. It’s all about sidewalk discoveries, childhood invention, parents and other authority figures who are one step behind the children’s antics. At summoning our early years, Watterson says, ‘The strip depicts all kinds of moments than ring true.’”

[Pat] Oliphant says: “Thompson actually sounds like the kids he draws in that amazing strip. What a gift that is, to write the way you talk. No strain, no presumption—just simple, wry storytelling with characters you can care about and love. When did you last see that in comics strips? Not since Calvin and his tiger rode off into the sunset. You would never suspect it by looking at him, but behind the quiet, mild-mannered Richard Thompson exterior lurks the real Richard Thompson. I know he would hate to be termed a genius, but that is exactly what he is.”

You may also want to watch this short documentary, The Art of Richard Thompson:

The Art of Richard Thompson from GVI on Vimeo.

Another cartooning legend also died yesterday, Jack Davis, veteran of EC Comics, Mad magazine, and the illustrator of countless movie posters. It would be difficult to overstate the affection for him in the cartooning world. Davis was 91 years old. We will be publishing an obituary for him soon. Here is the first one published, from local radio station WGAU, here is a remembrance from Mark Evanier, and here is an obituary from the BBC.

My favorite works by Jack Davis are his various monsters, standing solo like the door sized Frankenstein poster sold in monster magazines, or clumped in wretch piles of scratching,  drooling, leaky, hairy, fly blown, boil plagued and wart encrusted werewolves, vampires, lackeys, hoodlums, degenerates and brainless tools. He was really good at organizing a picture-- a hard thing to do when the picture has many elements. Jack Davis was continually spewing out crowd scenes of scheming teeming denizens to sell anything--movies, bathroom products, sporting goods-- a true commercial artist knocking the crap out but most often knocking the crap out of the park into a very identifiable place of personal expression.

But I loved his monsters best--on bubble gum stickers, trading cards, and comic books. I am still looking for Yak Yak number two. I was completely smitten by Yak Yak one and took it on family vacation to a relative's quarter horse farm in Louisiana. I wasn't interested in horses, but was interested in Jack Davis's beatniks and environs. The comic mysteriously disappeared on the trip, though it was never out of my sight for long. I suspect conspiracy to trash theYak Yak #1 and an an adult, an arrested development adult, I found another copy of it. Hooray for Jack Davis the scribbliest form generator.

In 2012, we published a discussion between Davis, Gary Groth, and Drew Friedman, which you can listen to here.

Much more to come. 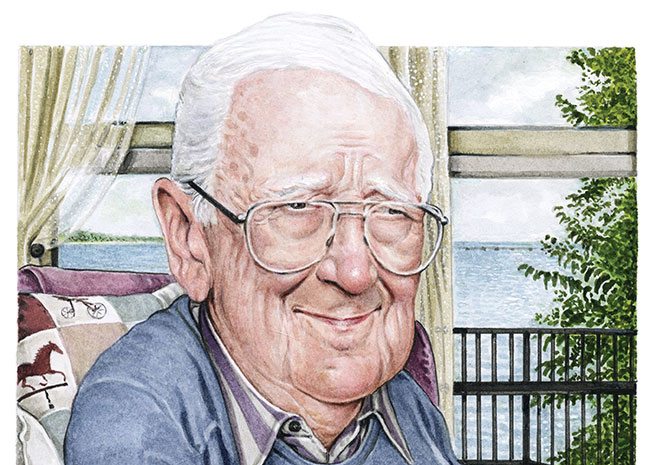 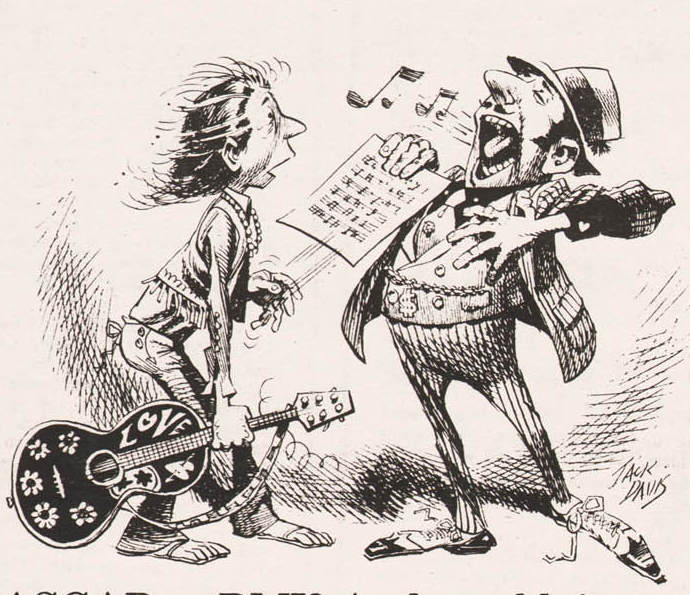