Indy and Feature. They were magazines from the mid-1990s that covered "alternative" comics. 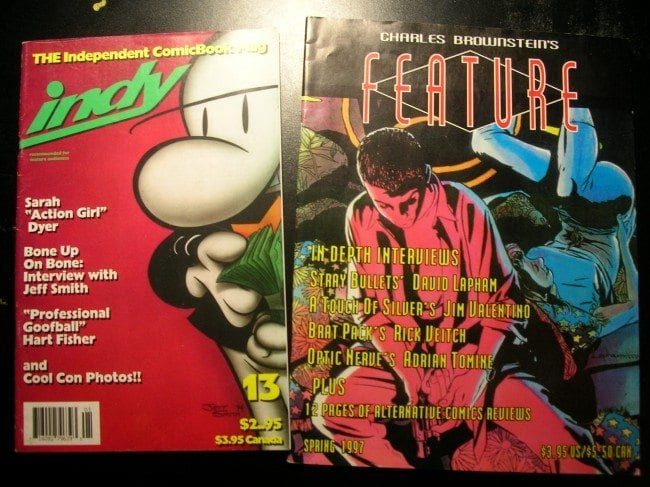 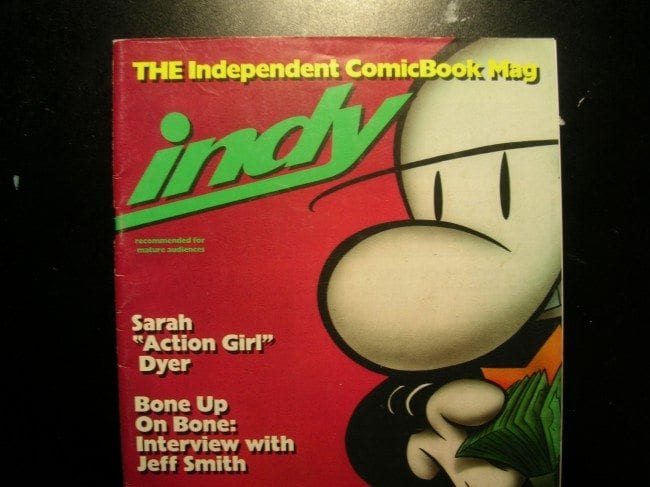 Indy is from 1995, I think. It's hard to find the indicia. There's no date on the title page. Wait, I found it (below). The indicia was on the next page, buried in some questionable graphic design. It was edited and published by Jeff Mason. 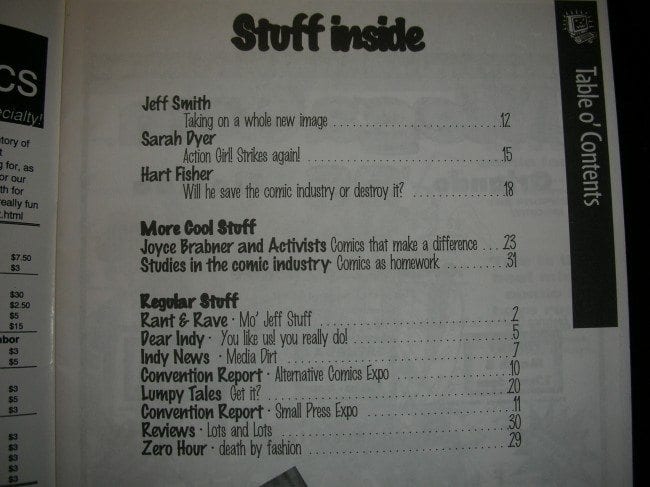 "Coming off a very successful first try in 1994, this year's expo drew over 40 creators and around 300 fans. Considering that the event ran seven hours long, I was amazed at the staying power of the attendees. " (Jon Cohen) 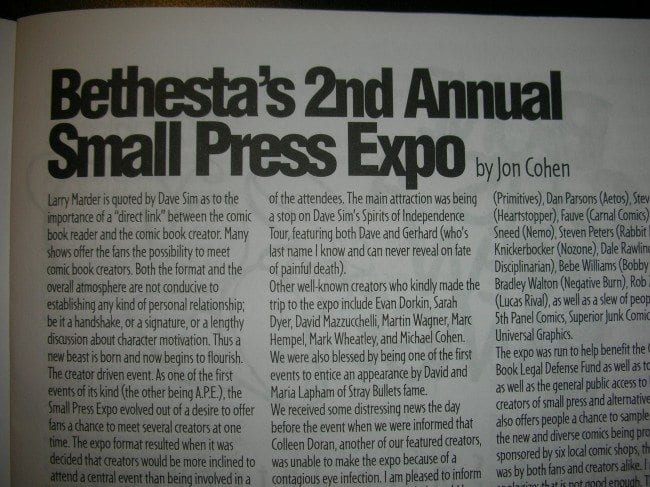 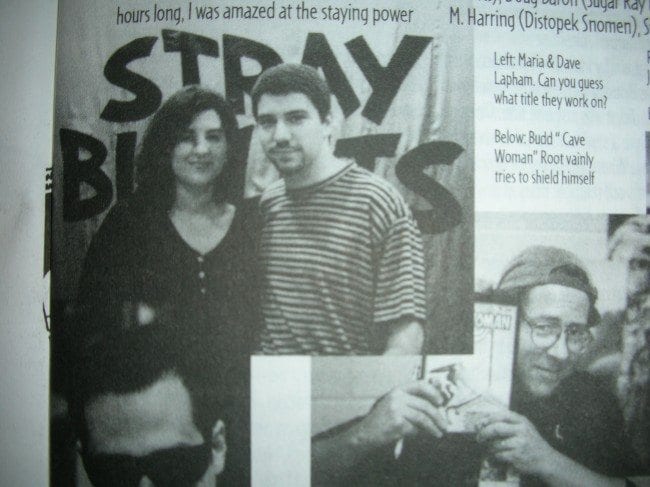 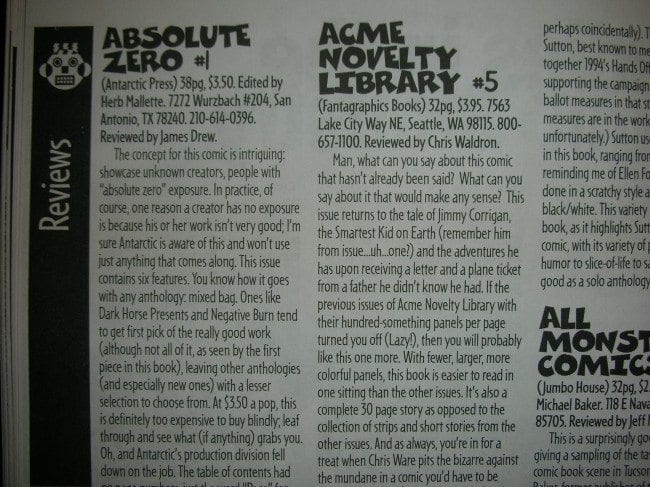 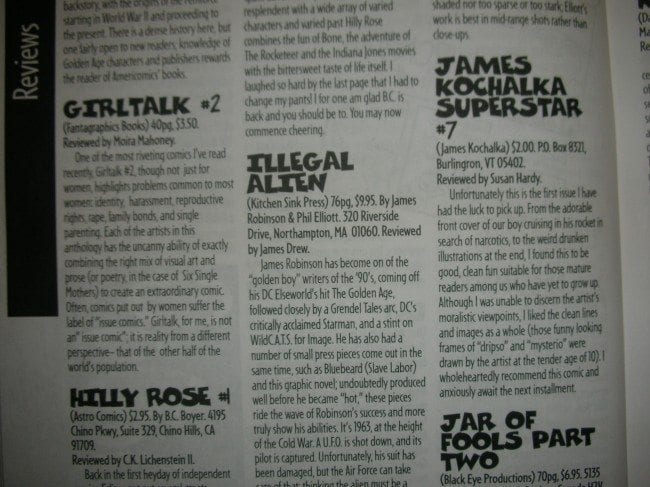 Feature (below) was from 1997. It was edited and published by Charles Brownstein. 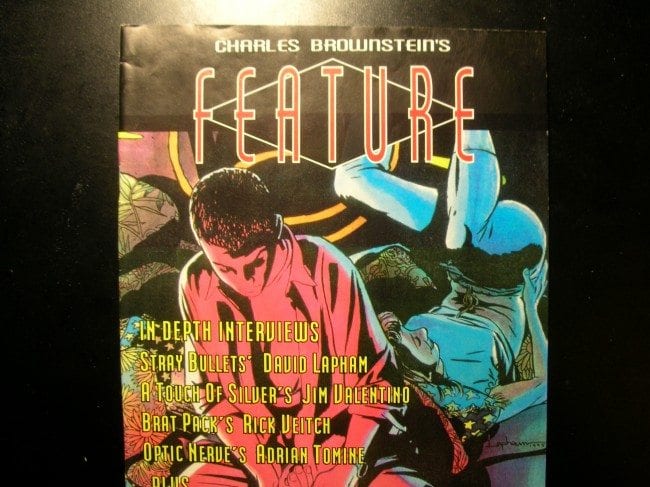 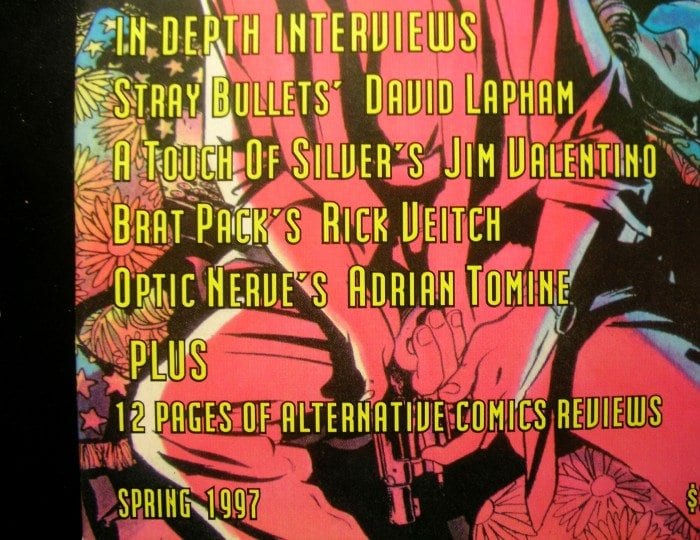 "There is a rift occurring in the comic book medium. It is nothing so pronounced or obvious as 'us and them,' instead it is more subtle, and by the same token, infinitely more radical. This rift is not between the collector and the reader, nor is it between the fan and the creator, it is far more important than that. It is a rift taking place mostly in the medium, not the business. This rift is affecting the way comics are made and the way we look at them." (Charles Brownstein)

(Remember this is 1997, precisely when everything fell apart for almost everyone in the industry.) 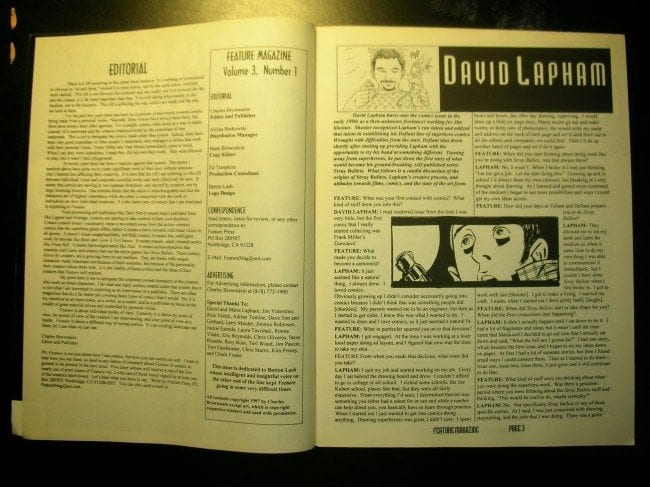 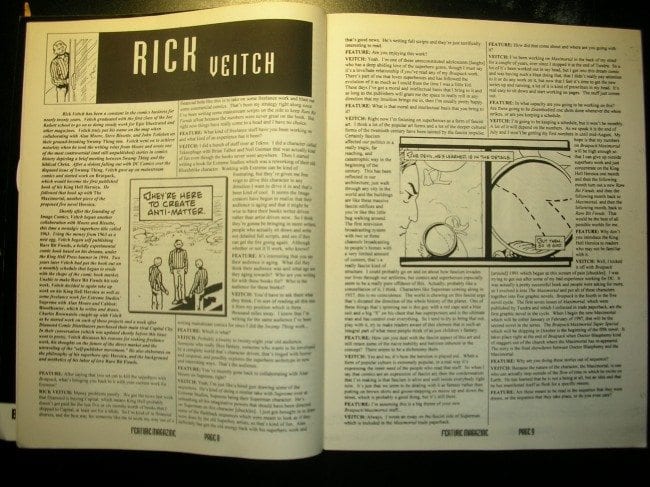 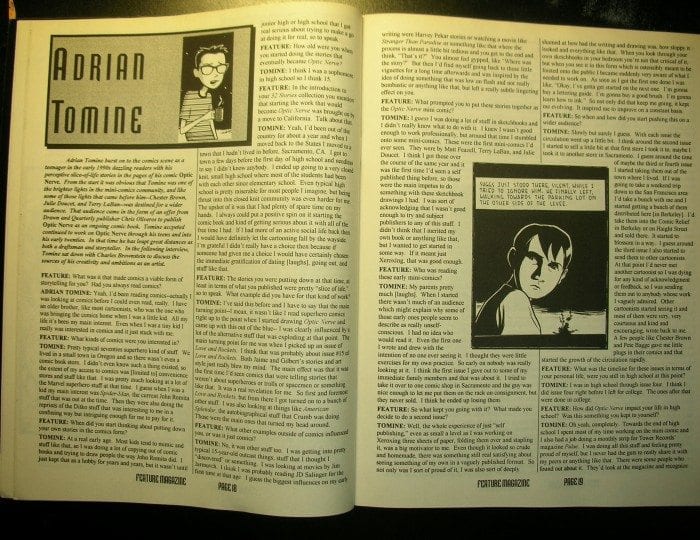 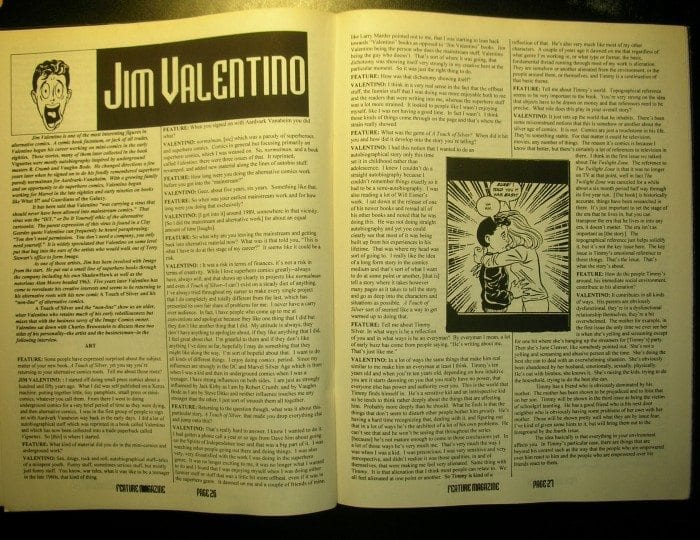 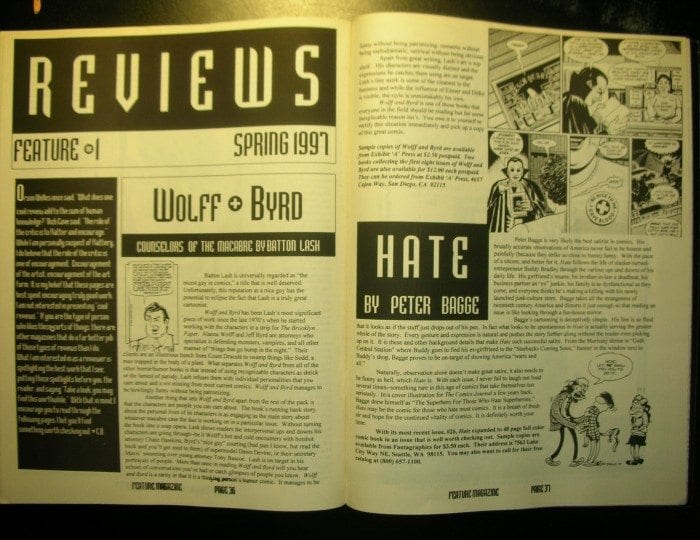 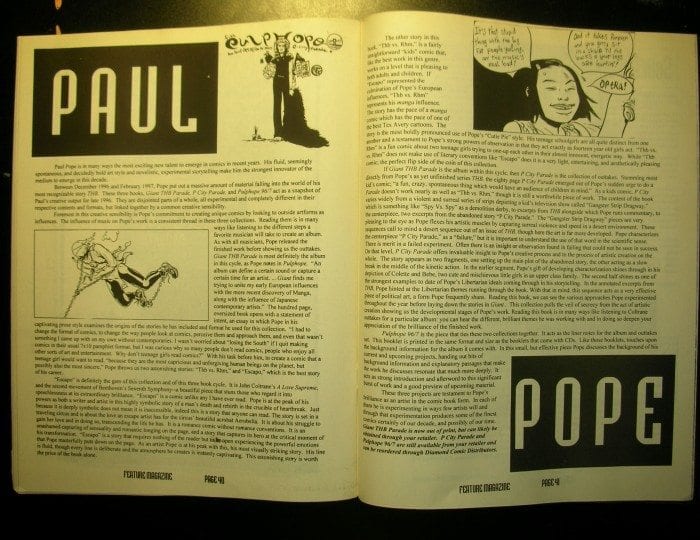 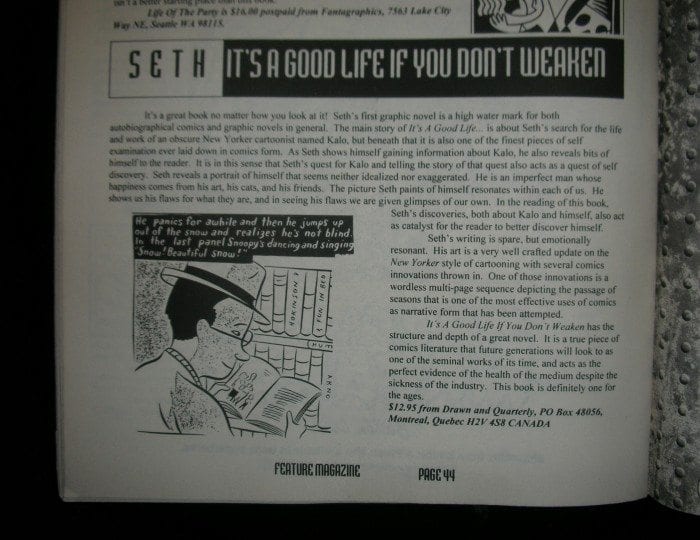 I found this issue of Destroy All Comics at Jim Rugg's house. It's from 1996. 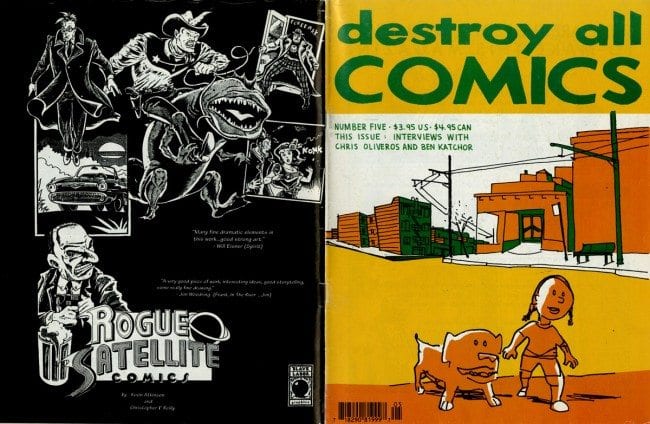 Destroy All Comics was edited by Jeff LeVine and published by Slave Labor Graphics. That's a Dylan Williams comic on the right hand page (below). It was a west coast publication. The other two mags above strike me as more "east coast" in temperament. Maybe I'm biased but I appreciated Jeff LeVine's taste. He didn't cover David Lapham or Paul Pope. Instead he and Dylan Williams focused more on mini-comics artists like John Porcellino and Tom Hart. I remember Jeff disliking the more "mainstreamy" small press guys. 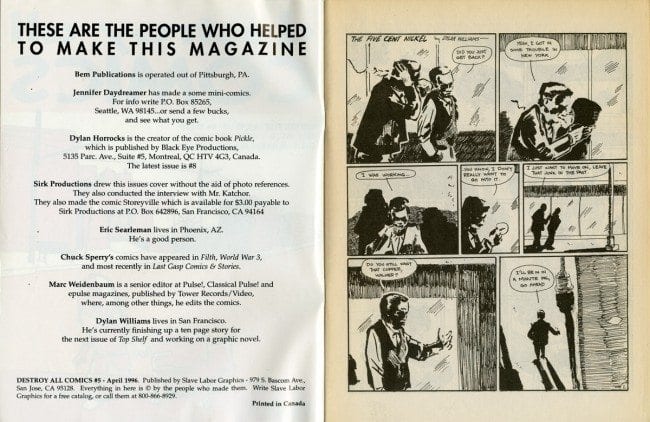 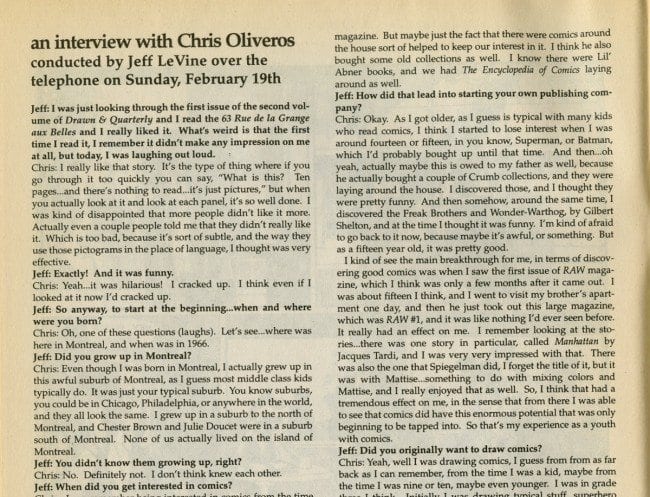 What really sucks is that in the three different magazines there are only two women profiled - Sarah Dyer and Joyce Brabner. Jennifer Daydreamer contributed a comic to Destroy All Comics #5. Just sayin'. The more things change, the more they stay the same! 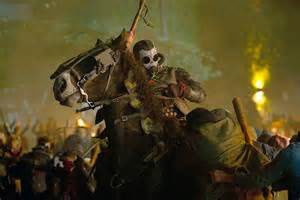 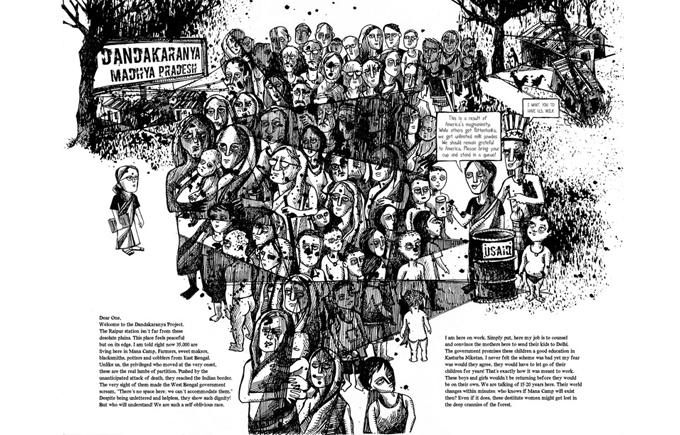