Steve Ditko, the comics artist whose vision brought Spider-Man and Doctor Strange to life, passed away at his New York City home on June 29th, 2018. Stan Lee, in his credits for The Amazing Spider-Man, called the artist “Swingin’ Steve Ditko” (issue #10) and later “Scowlin’ Steve Ditko” (issue #27), but if you had to choose one adjective to attach to Ditko’s name, it might be “Uncompromising.”

We also have the final installment from our 2012 roundtable about fine arts and comics, with Michael Dooley's followup interview with Joe Coleman.

MICHAEL DOOLEY: Rather than “outsider” or “lowbrow” art, the important thing for you is, there’s good art and there’s bad art. Right?

DOOLEY: So how would you define those terms, good art as distinguished from bad art?

COLEMAN: There could be a number of different qualifications for that. You know, I’m also someone who enjoys comics as well, so I don’t feel that comics are in some way an art form that is lesser. But just as there are good paintings and bad paintings, there are good comics and bad comics. In any art form, there are different criteria for what makes good and bad, as well. For instance, some works may be well executed with a formal quality that makes them stand out in a way, and with other works of art, there may be something that is very thoughtful and makes you really think. And there are other works of art that just reach you on an emotional level or hit you in the gut and your response comes from that. So, to me, it’s like the three places are the mind, the heart and the gut. And I think the works that are really successful touch on all of those, but are usually stronger in one or the other. Probably the most successful, are the ones that reach me in the gut first and then the other places later. Like if something is just, say, painted or written really well, that may be enjoyable to some degree, but it just doesn’t stay with you, or stick to your ribs. And if something is really provoking and you can’t add one thing, it kind of becomes like an infection and you’ve become infected with it and it changes your life. I remember when I read the prison diary of Carl Panzram, Killer: A Journal of Murder, it changed my life, changed the way I looked at the world. He had a certain quality about his writing. He had no formal education. But, here is a guy reading Immanuel Kant and Schopenhauer, searching for that kind of literature in prisons in the early 1900s. He spoke from his own experience. It is very profound and speaks in a way that touches anyone. He might be considered an “outsider,” but it’s powerful writing and it doesn’t need to be apologized for.  It doesn’t need to have parentheses around it saying it’s not literature or that it’s in some other category. And I think that’s true for any art form. It doesn’t have to be qualified, like the word “comics.” I have no shame in the word comics — you know how some people talk about “sequential art” or some other pretentious words.

DOOLEY: So your entry point, no matter what the medium, is a visceral one.

And finally, we have a brand new contributor to our regular Cartoonist's Diary feature this week, Sarah Horrocks. 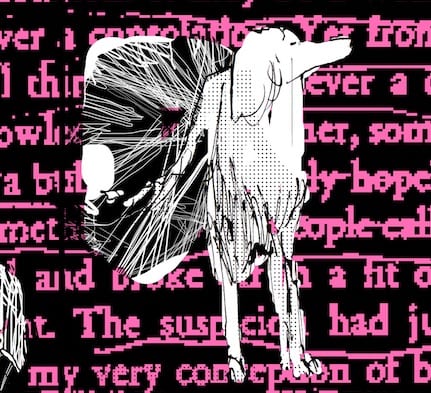 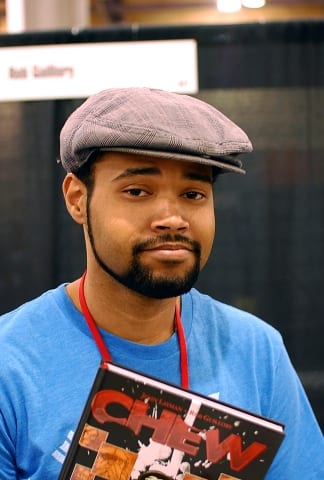 “I Just Didn’t Care About Doing Anything Else”: An Interview with Rob Guillory