It's Tuesday, which means it's time to take comics-buying advice from Joe McCulloch. (Also featured: Chris Foss.) Things look a little lighter than usual this week, so it might be a good time to go back into the archives and look at some of Joe's earlier columns, to be reminded of opportunities missed. The important thing is never to go a week without buying something, whatever it is.

We also have Rob Clough's review of the latest Dupuy & Berberian Monsieur Jean volume, The Singles Theory, this time published by Humanoids.

—The great Justin Green gives advice on breaking into cartooning, in what appears to be an excerpt from a longer text about the field. I had no idea he was writing such a book, but can't wait.

—Dave Sim is in the midst of a week-long, question-a-day interview over at A Moment of Cerebus, which describes it as "a grilling that would make even The Comics Journal wince." So far, it's mostly just been a chance for Sim to rehearse his tiresome, self-inflicted martyr routine, but now that that's out of the way, I imagine the questioners will move on into more interesting territory.

—Bill Moyers invited journalist Chris Hedges onto his program last weekend, to discuss his latest book, Days of Destruction, Days of Revolt, which was created in collaboration with Joe Sacco. The episode also features a visit to Sacco's studio:

Jeers: The Guardian invited Dan Clowes to participate in an interview, then edited his answers down to the point of actively misrepresenting his words.

—The San Diego Union-Tribune interviews Andrei Molotiu about abstract comics and that terrible Slate series that ran during Comic-Con. 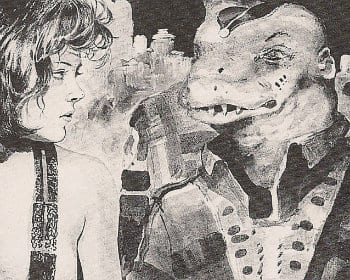 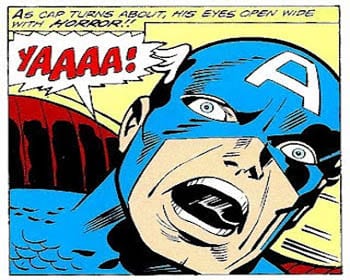