As on every Tuesday, Joe McCulloch has This Week in Comics!, your annotated list of the most interesting new comics being released this week.

—The Building Stories juggernaut is rolling along. Here's Paul Gravett's review, here's a critical back-and-forth at A.V. Club between Noel Murray and Tasha Robinson, and here's a short Q&A Chris Ware gave to the Guardian. (I have a feeling they were more careful with editing Ware after what happened to Dan Clowes.)

—The Guardian also has an interesting interview with Nathan Hamelberg of The Betweenship Group, regarding Sweden's controversial recent decision to reshelve some Tintin books due to racist elements. 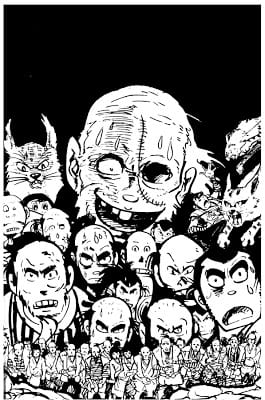 —The great manga blog Same Hat is back after a way-too-long absence, with scanned images from a 1971 issue of Concerned Theatre Journal, packed with underground Japanese comics, and arguably the first manga translated into English. It includes the legendary Yoshiharu Tsuge story that would later be retitled "Screw-Style." Same Hat also thoughtfully provides a complete pdf of the issue for free download!

—Cul de Sac creator Richard Thompson underwent brain surgery over the weekend, and convinced his doctor to let him draw during the procedure. Thompson explains over here.

—Laura Siegel Larson, daughter of Superman co-creator Jerry Siegel, has released an open letter regarding her family's longtime battle with Warner Bros./DC over the rights and profits due from Superman, and talks specifically about allegations made against attorney Marc Toberoff.

—Sean Howe, occasional TCJ contributor and author of Marvel Comics: The Untold Story, is interviewed about his book by Salon.

—And finally, another of the SPX panel videos has been released. This time, it's Sammy Harkham, interviewed by your co-editor, Dan. 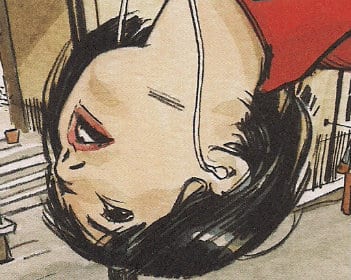 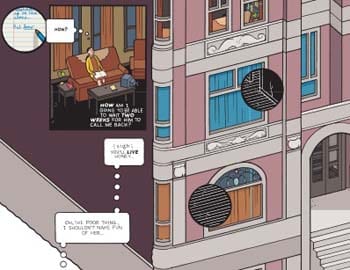 At the Still Point of the Turning World: Chris Ware’s Building Stories and the Search for Structure in the Contemporary City