GROTH: Prior to selling these cartoons to The Hobo News, did you have any schooling in art? Did you take art classes in school? Or were you self-taught entirely?

SEVERIN: I was in St. John's prep in Brooklyn, then transferred to the High School of Music and Art. So I did study art, but not this sort of thing, you know. What I studied was art. It was refined. I loved it! This wasn't what I wanted to do, however, I'm sure that it helped quite a bit.

GROTH: Can you tell me what kind of curriculum that was? What kind of art you were studying, and...?

SEVERIN: It was an all-around art course, where you studied why art was. And I really mean why it was. Why man created this thing. They showed the development of it, and of course, they got into the known artists after you got through the early history of art from Greece, Rome, Crete, Egypt, etc. The whole shooting match, right through the Renaissance up to the Impressionists. I don't remember if we got into the American artists. I might have missed that class. You know, John Sloan and his ilk. I don't remember them being talked about. We had figure studies — not nudes. We had figure drawings, still life—which was a total bore—and then we had classes where we took off and painted whatever the devil we wanted to. Or drew whatever the devil we wanted to, and it was graded. We had our own little school exhibitions.

GROTH: When did you go to the School of Music and Art?

SEVERIN: I think '38. I put into five years of high school, because when I transferred from St. John's prep, though I had completed one year of high school, in order to take a four-year course up there at Music and Art, I might as well start from the ground work. So they just added that to everything, and I put in another four years solid with them. In case you run into a discrepancy in years, that's the year that was added to it. I think I graduated in '39 or '40.

GROTH: Can you tell me what the High School of Music and Art was like? Was that a good experience?

SEVERIN: Well, it was very different tor me. The reason I'm taking it from my point of view was that I had always gone to a parochial school where there was always a certain amount of discipline. I don't mean people standing in corners with whips and things like that, but when you traded classes, for example, you walked the whole cotton pickin' hall until you dropped out into your doorway. You wore a shirt and tie, your nails were clean, your hair was combed... But when I went to the High School of Music and Art, you start right off the bat... The population was all these eccentrics. They're all artists, musicians, ballet dancers, etc.... So these people are entirely different. Also the teachers, the faculty, were right out of the same mold. So it was a much looser, easier going, Bohemian style of high school than I ever dreamed there was. Not that there weren't rules and regulations, and you'd have to abide by them, don't make any mistake about that. But at the same time, this was really freedom to me. Wow! I wasn't too sure I liked it. [Pause.] It grew on me. [Laughs.]

I tell you, it was wonderful for this reason. I had always been around people who worked and did all kinds of oddball things, but nobody was an artist. Well, there were members of the family who were violin players, diddly-do with the paints here and there, but you didn't talk to anybody about art. They would say things like, “Oh, John. John draws.” That was the extent of the conversation about John and what he liked to do. He was an oddball. He liked to draw. And now I'm in this high school where, my God in heaven, everybody's talking this stuff constantly and bringing up new ideas. Oh, it was a wonderful atmosphere especially for somebody like me, who didn't have that around him. The only thing I got was within the walls of my home. There we had it, but outside...

SEVERIN: Yes. It did.

GROTH: ...to all kinds of new possibilities?

GROTH: [Laughs.] I meant that, too. That's an important part. Can l ask you, how educated or sophisticated was your family? Did they help you in your education, help you discover artists, or were they a little less...

SEVERIN: No. They were the normal, average parents. They helped me with my education, of course! They were supportive of the things that I wanted, and they would suggest things like “Well, maybe we should get an encyclopedia.” Or they would buy books, certain types of books, just to give me so I would read some of the stuff. But as far as knowing... I mean, after all, my father was actually a commercial artist and an accountant. You don't get to do those things...

GROTH: It sounds like they were helpful within their limitations.

GROTH: It sounds like, working for Elizabeth Arden, your family was less working class than middle class, if you make a distinction there.

SEVERIN: Yeah. Oh yes, I would say that definitely. I'll give them all the credit there.

GROTH: Were you living at home when you went to the High School of Music and Art?

SEVERIN: Oh, yes. In those days, children lived at home.

GROTH: When you were growing up...I don't know what the age difference is between you and your sister, but...

GROTH: Eight years. Your sister's also a cartoonist. Did you two fuel each other’s interest and passion for drawing? Was their any kind of mutual support that you gave each other?

SEVERIN: That depends on what you mean by support. I think what you mean, the answer would be no. We went our own way.

GROTH: I gather that your family was religious?

SEVERIN: Yes, without being overbearing, and without going around beating their chest with the “holier than thou” bit. Yeah. We were raised, and you can’t say strict, because it was not strict, it was, “This is what you do.” And you just were expected to do it, and consequently, you did it.

GROTH: Did you detect any conflict between your religious upbringing and the freedom you found, the more Bohemian atmosphere at the High School of Music and Art?

SEVERIN: I know what you're getting at. No. Not for me personally, but boy, there was plenty of room for argument up there. You could get into that kind of an argument any day of the week! But no, it didn't affect me. Well, I'm sure it affected me in some way, but it had no lasting effect on me. What you think is your business and what I think is mine, and we let it go at that.

GROTH: Would you describe it as a pretty vital intellectual atmosphere at the High School of Music and Art?

SEVERIN: Yeah. More so than I had been accustomed to. Up till then it had been individuals here and/or there, very haphazard. This way it was concentrated.

GROTH: Did you take to it well and easily?

SEVERIN: No. Not at first, because the lack of discipline confused me. I wanted to know, “All right, you mean I can go down here without a monitor telling me to go the other direction?” You know, this sort of thing. I think within the year, six months, I was lining up and probably looked just like and thought just like everybody else around me.

GROTH: Of course, in a way, that requires greater responsibility when you're not told what to do?

SEVERIN: True. But you know, the vast majority doesn't take to responsibility. And I think that's where my early training in discipline helped me, because I would like the responsibility.

GROTH: Did you work pretty hard academically in the High School of Music and Art?

GROTH: Do you regret that, or is that just the way you work? That you're simply not academically inclined, and that you learn in a different way?

SEVERIN: You're hitting the nail on the head in so many places here. Actually, that is it, and I'm not trying to dodge the ball here. It's just that when given an opportunity to do an essay on something, I could take off in my own direction, do my own research, forgetting the schoolbooks and everything else, and do a good job. When I'd get back into the school work part, that was a waste of time. My marks were indicative of the kind of effort I was putting into it. I was more interested, even in the High School of Music and Art, in drawing in class. Not paying attention to English, or... About the only thing I was terribly interested in was history. 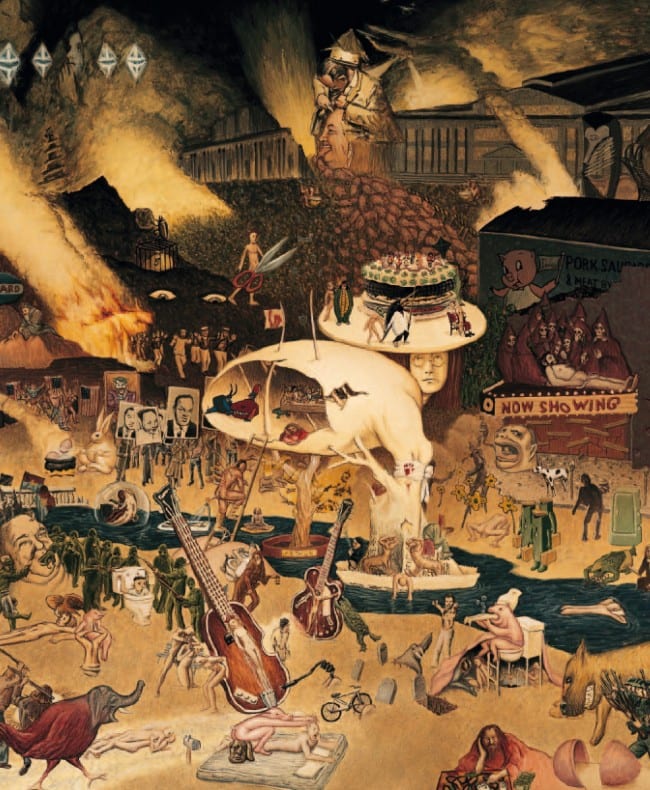 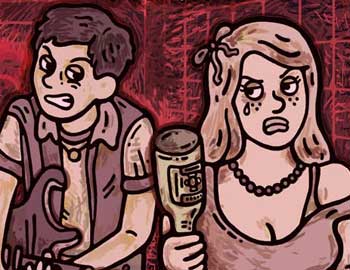