To mark the release of Chris Ware's decade-in-the-making Building Stories—a box of fourteen print artifacts ranging from cloth-bound volumes and newspapers to broadsheets and silent flip books—The Comics Journal is featuring a series of essays from the contributors to the 2010 volume The Comics of Chris Ware: Drawing is a Way of Thinking (University Press of Mississippi). Each contributor is revisiting the argument they made in that edited collection two years ago in light of the newly released work, speaking to the ways in which Ware's comics have either transformed in that time or are returning to the themes of his earlier publications. We hope these first thoughts give rise to a spirited discussion about a novel that will shape conversation in the medium in the years to come.

In my previous writing, I proposed that we could consider Ware’s work as a kind of workshop for comics experiments. I chose to use the word “workshop” in order to draw parallels to a (now disbanded) French avant-garde comics collective, Oubapo, which means “workshop of potential comics.” For Ware and the French cartoonists, comics become a kind of game in which one can manipulate and test the limits of the medium. The physical quality of the book—the weight of the paper, its dimensions, specific binding and printing requirements—are emphasized in both instances. They value the comic book as a handcrafted object with heft and texture, seeking to revive the notion of craftsmanship and artistry in an era of immateriality and instantaneous communication. As Ware states on the back cover, “it’s sometimes reassuring—perhaps even necessary—to have something to hold on to.”

In Building Stories, the game and the book-as-object are the frameworks through which a multilayered, intricate web of stories and relationships emerge. Here, however, I would like to offer another comparison, one closer to home: the American artist Joseph Cornell. When he spoke at the “Comics: Philosophy and Practice” conference at the University of Chicago this past May, Ware mentioned Cornell and this immediately made sense—Cornell’s fascination with childhood, penny-arcade games, intricate boxes with moving parts, scraps of ephemera from another era—is unmistakably present in the ACME Novelty Library project and in his various fanciful handmade models and constructions (photos of these lesser-known objects are in Dan Raeburn’s book on Ware).

Let’s open the box and take a look. Ware has given us a great deal to hold onto; in fact, fourteen objects that each demand a unique form of attention. There’s a “Golden Book”-style comic that reproduces the series that ran in the New York Times Magazine section; a substantial foldout that resembles a game board; thinner sheets of paper akin to the newsprint of a Sunday comics section; a small booklet about the short and tragic life of a bee; a long, accordion-style foldout; and other pieces of paper and booklets that defy easy categorization. Sorting through these various items, it’s not obvious where to start. One just has to dive in. 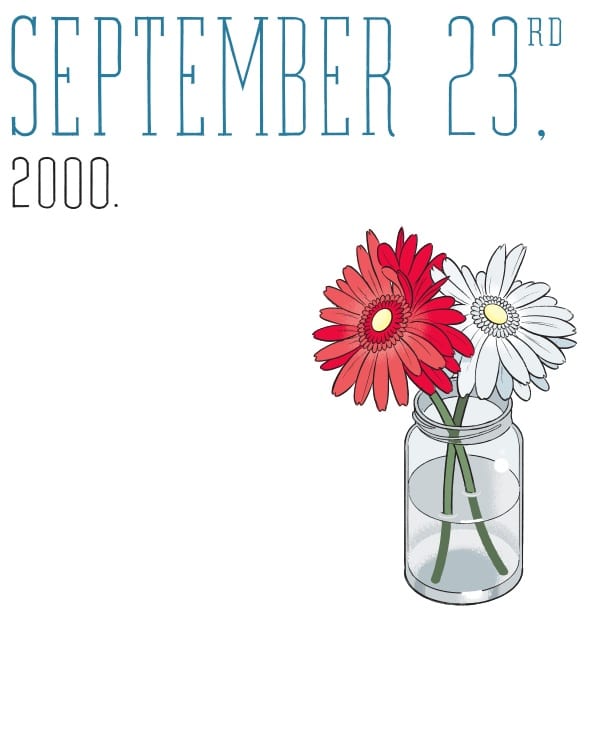 For those who read the New York Times Magazine Building Stories series, the cast of characters living in the three-story building is already familiar: on the top floor, a single, brunette woman with a prosthetic leg (and later, the suburban mom), the arguing couple on the second floor, and the elderly landlady on the ground floor.  These episodes, which recount one day in the life of the building over the course of Sept 23, 2000, appear in the “Golden Book” volume. Other pieces take us into to the unique perspective of a single character, and thus we learn what the old woman thinks of the brunette, the individual sides of the story of how the couple on the second floor met, and the unhappy family life of Branford the Bee. The project—to document the multiple perspectives of these characters—aspires to a graphic novel on the scale of James Joyce’s Ulysses.

Finding the resonances and links that connect one piece to another is the game that brings the whole together. “[W]hen people’s paths cross,” muses the brunette protagonist, “is there some higher plan to it all? Do all of these frozen moments just represent accidents, or genuine missed opportunities?” Having heard the couple arguing over money, the brunette protagonist who works in the flower shop offers the second-floor girlfriend a bouquet for free even though they are technically strangers. Other connections take the form of a mise-en-abyme: at a later stage in her life, the brunette, who is now a mother, tells her daughter a story of Branford the Bee; in another booklet, we witness the hapless Branford as he bumbles around “licking” flowers, suffering persecution from fellow bees, and reading “The Daily Bee,” which is in turn its own separate supplement. 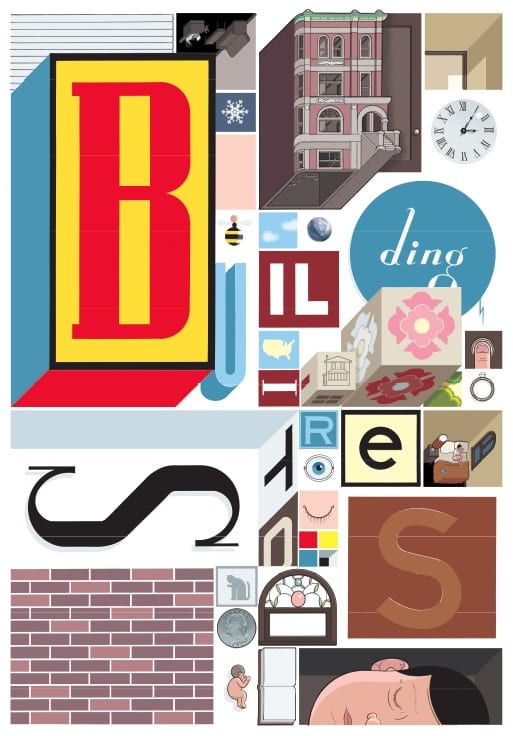 In a Cornell box, dramatic shifts in scale and proportion provoke fascination and delight: a planet and a soap bubble, a cordial glass and a constellation. Charles Simic describes these boxes as “dream machines.” Looking at the cover of the Building Stories box, a similar logic seems to be at play: a bee is the same size as planet earth; a quarter is next to a sleeping baby. As in the dazzling map wrapped around the hardcover version of Jimmy Corrigan: Smartest Kid on Earth, everything is connected and the smallest details are important. Building Stories is full of tragedies and sublime moments, large and small.

Cornell, eccentric and reclusive collector of scraps and ephemera, took junk and spun it into precious objects. He lived with his mother and his younger brother, Robert, who had cerebral palsy and made art in his basement. He never traveled, but his work was exhibited internationally and Max Ernst once paid him a visit. His boxes have a centrifugal logic to them, reaching out to heavenly bodies, film stars, and imaginary foreign hotels. 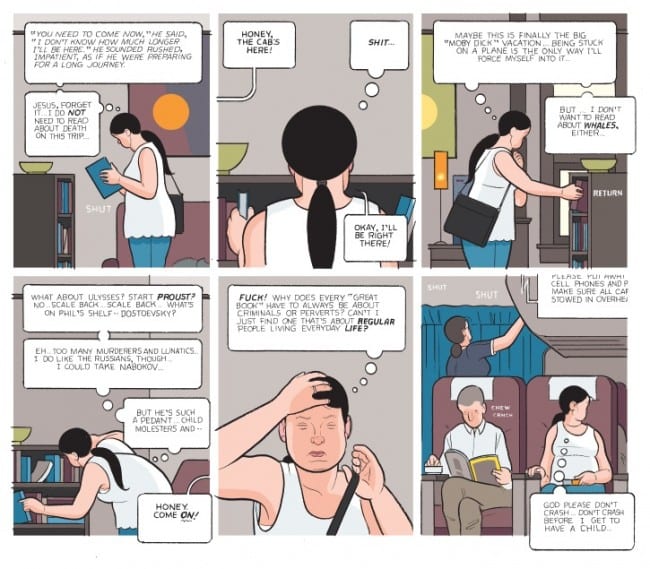 Ware’s box, by contrast, is centripetal, spiraling inward to focus on moments of everyday life and as ordinary people experience the range of human experience from birth to death. “Why does every great book have to always be about criminals or perverts?,” complains the brunette mother. “Can’t I find just one that’s about regular people living everyday life?” In Building Stories, Ware suggests that we need not look into the distance to see the universe; it is everywhere and all around us. 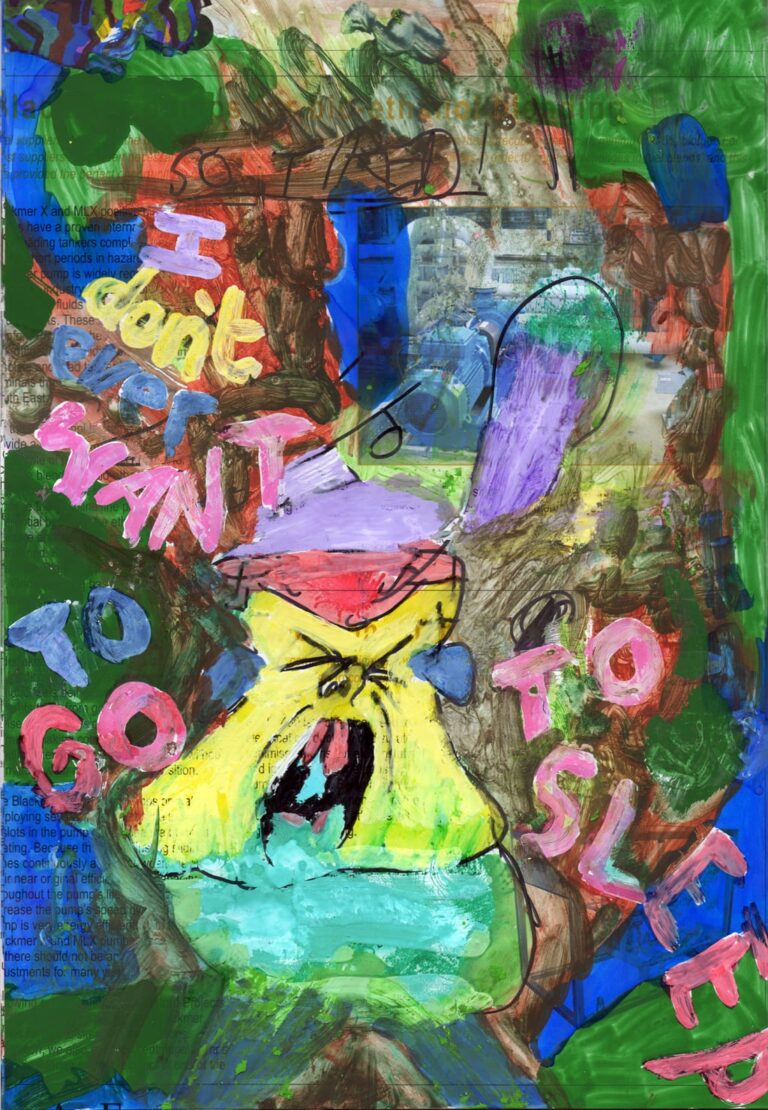 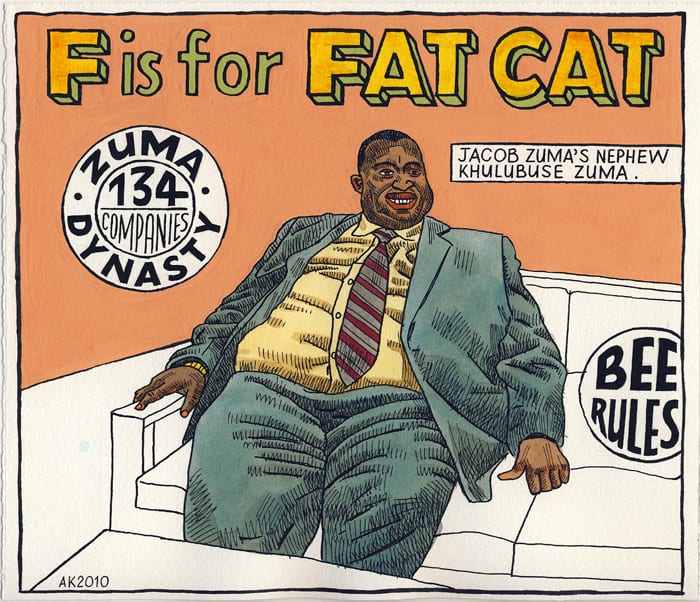