It's the final regular day of original content for 2012 here on TCJ.com, other than a year-end post next week, and I for one am ready for less blog and more eggnog. We close the year out with Tucker Stone's column, which this week includes his take on the controversial Spider-Man 700. Here's a bit from when he's really got going:

... no sane human being with a passing interest in Amazing Spider-Man comics reads the repetitive idiocy of us comic-book bloggers and reacts to it in a public fashion: they just read the fucking comic book. And, regardless of whatever this website or Boing Boing or whatever other hipster anti-super-hero-comic website tells you, Amazing Spider-Man comics, like the core Batman title over at DC, is and pretty much always has been designed to be readable completely outside of the context of whatever submental clusterfuck epic crossover storyline Marvel happens to be publishing, and when it does happen to bump into that horseshit, the people at the helm work to get it out as quickly as possible. Spider-Man is a firewall book: despite its torrid, ungainly history of shitty, shitty stories, it's made for Spider-Man fans first, and Marvel Comics fans second: and while there's a ton of assholes online, in the flesh, Peter's people seem to be as close to meat and potatoes as you can get, short of actual meat and potatoes people, who in reader have zero interest in reading and spend most of their time watching some show where a decrepit Mark Harmon acts like a joke from Reader's Digest.

We also have short but sweet review of Josh Simmons's latest minicomic from Sean T. Collins.

—James Kochalka talks to Robot 6 as he begins to close down his long-running American Elf.

—The New York Observer has another in-depth review of the new Saul Steinberg biography (our review should run in the new year).

—Domingos Isabelinho weighs in on the ongoing Tintin in Congo controversy. 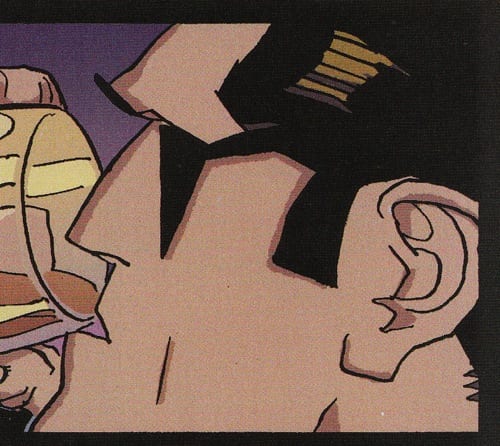 We’re All Sorry About The Choices You Made, But I Still Need Fries 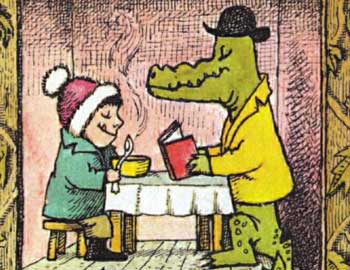