We’re heading into the fourth quarter of the year, and I could loosely paraphrase Coach Gaines’ speech from Friday Night Lights to impart a final burst of energy, but I spent the week vibrating with anxiety while watching the UK’s new government tank our national currency within minutes of taking charge, and wondering if my pension fund was going to vanish overnight, so instead I’ll say you should ramp up off those last three months of the year and fly screaming into 2023 through the flaming hoop of life, because you can’t take it with you, ‘it’ being this week’s links, which are conveniently located below.

• Starting off the week with the ongoing removal of comics pages from newspapers, as The Washington Post reports on the decision by Iowa’s Lee Enterprises, owner of over 70 daily newspapers, to ‘streamline’ the comics its publications would be offering, apparently following in the footsteps of Australia’s News Corp, which last month dropped cartoon strips from all its publications - The Daily Cartoonist outlines ways to support creators who may be affected, while Dilbert’s Scott Adams outlined the ways this primarily affects Scott Adams.

• ICv2 reports on the second high profile comic store robbery in as many weeks, as the owner of Pennsylvania's Comic Collection suffered injuries when two suspects stole a laptop, cash, and assorted merchandise from the shop before fleeing the scene - any information on the crime can be shared here.

• The New York Times shares the news that this year’s inductees to the Harvey Awards’ Hall of Fame will be Neil Gaiman, Gilbert Shelton, and Roy Thomas, with Marjorie Henderson Buell also receiving a posthumous induction at next month’s New York Comic Con.

• Koyama Provides announced the latest recipient of their grant program, awarding $1,500 to Patrick Kyle, which will support ongoing explorations of ‘more multifaceted works with many layers of text and imagery’.

• Henry Chamberlain reviews the uninhibited skewering of Anna Haifsch’s Schappi - “Haifisch’s exquisitely simple work is so well thought out that it radiates a satisfying complexity. We see a whole world, not just a cast of quirky animal metaphors. After a while, I’m so absorbed in the work that I’m not even seeing animals to some extent. Each character is a unique being with individual and universal needs.”

• Tom Shapira reviews the joyful mood of Matthieu Bonhomme’s Wanted: Lucky Luke, translated by Jerome Saincantin - “While often regarded as more artistic-minded than mainstream American comics, the world of Eurocomics has its own long-running properties that have outlived their original creators and continue to wring money from the pockets of (I assume) mostly the nostalgic.”

• Lindsay Pereira reviews the compelling cartoons of Tom Gauld’s Revenge of the Librarians.

• Andy Oliver reviews the memorable idiosyncrasies of Chris Reynolds’ A Pocket Chiller: The Creeping Shadow, the resonant melancholy of R. Kikuo Johnson’s No One Else, and the bustling romp of Tor Freeman’s Sister Clawdetta: Murder at the Monastery.

- The heady pace of Steve Sheinkin and Nick Bertozzi’s Bomb: The Race to Build - and Steal - the World’s Most Dangerous Weapon.

- The clever quirkiness of Joel Priddy’s First There Was Chaos: Hesiod’s Story of Creation.

Helen Chazan has capsule reviews of the beautiful longing of Bill Mantlo, Sal Buscema, et al’s ROM Spaceknight #4; the cute tenderness of Tada Yumi’s The Mermaid and the Prince, translated by Anna Schnell; and the compelling turmoil of Takako Shimura’s Even Though We’re Adults, Volume 4, translated by Jocelyne Allen.

• Mark Newgarden interviews Owen Kline about Funny Pages, long gestations, empty promises, and picking your shots - “There just aren’t many slots for that kind of funny cartoonist, there isn’t a huge space for genuinely funny drawing styles in the culture anymore, as you well know. People like their cartooning a little more dressed up than that.”

• From the archives, originally published in The Comics Journal #250, Paul Gravett interviews Raymond Briggs about a storied life in cartooning, art school choices, and the realities of Christmas - “If I’d been teaching me, in my wisdom later as a teacher myself, I’d say this kid shouldn’t be painting at all; he’s no good at color, he’s got no feeling for oil paint, what he can do is draw out of his head without reference or looking at anything and create a scene, quite good at line, quite good at tone, and keeps writing all round the edge of the pictures, so he’s a natural writer-cum-illustrator.”

• David Brooke talks to Jeremy Adams about The Flash #787, addressing the lack of superpowered wrestlers in comic books, and playing in the DC toy box.

• Chris Coplan chats with Wes Craig about KAYA, taking artistic second guessing out of the equation by being your own writer, and the joys of odd couple team-ups.

Dean Simons interviews Owen Johnson about compiling The Best of 2000 AD, the passion of the Squaxx Dek Thargo, and the two sides of comic book distribution.

• Kyle Welch talks to Michael Moreci and Hayden Sherman about Wasted Space, crowdfunding firsts, the joys of omnibuses, and having a consistent pitch.

Steven Heller chats with Brian Fies about The Last Mechanical Monster, the specificities of copyright law, and getting into the mind of a supervillain.

• Here at TCJ, Ryan C profiles Yorkshire cartoonist J. Webster Sharp, examining Sharp’s body of work, and speaking with the artist about what informs her practice - “You feel your way through her comics and intuit or decipher their multiple meanings more than you actually “read” them, and for those of us who are predisposed toward privileging the immersive, the all-encompassing, even the all-consuming - it’s no reach to say we’ve been waiting for an artist like Sharp every bit as long as she was waiting to discover a creative outlet where she could feel at home.”

• Also for TCJ, Duncan Steele lays out the blueprints for comics as projected drawings and cartoons as diagrams, and what we mean when we talk about Archi Comics - “An important misconception around architectural drawing is that the subjects it describes are typically staid and permanent. Rather like cartoonists, when we talk about the virtual image that a projected drawing describes—the “thing”—the state of being drawn could more accurately be characterized as the predicament a thing finds itself in. This is true both in the realm of so-called paper architecture, that is architecture without a relationship to a built ambition, and outside of it.”

• For The New Yorker, Sam Thielman writes on Kate Beaton’s Ducks: Two Years in the Oil Sands, and examines the personal and socioeconomic history that the memoir covers.

• Following Marvel Studios’ announcement that the Mossad-employed superhero Sabra will be making the transition from page to screen in 2024, Zena Al Tahhan speaks to Palestinian comics creators and fans for Al Jazeera about the publisher’s history with colonialist characters.

• Andy Oliver continues Broken Frontier’s analysis of how Brexit is affecting comics creators and publishers in the UK, this time examining the cost that the end of inclusion within the EU’s rights to freedom of movement is having on the community.

• Stephanie Kemmerer's charting of the conspiracy theories that appear in James Tynion IV and Martin Simmonds' The Department of Truth continues, as the series gazes into the Eye of Providence with issue 21.

• Over at Solrad, Tom Shapira looks back on John Wagner, Alan Grant, and Mick McMahon’s The Last American, and the diversions it takes from the other brutal post-apocalypse the trio have also been known for.

• For Shelfdust, Masha Zhdanova continues a retrospective of Hokusei Katsushika, Takashi Nagasaki, and Naoki Urasawa’s Master Keaton, and the series’ settling into its characters and core thesis.

• Michael Foulk’s History of X series of features continues for The Beat, this time out looking back to the complicated solo adventures of Marvel Comics’ resident ‘isn’t very nice’ guy, in Chris Claremont and Frank Miller’s Wolverine.

• From the world of open-access academia, taken from Embracing the Future, P. Aditia, R.P. Bastari, and L. Agung present a study on the AI-facilitated manga Phaidon, and the human direction needed to mimic the visual language of Osamu Tezuka.

• Mike Peterson rounds up the week’s editorial beat, over at The Daily Cartoonist, as coverage was given to alleged Presidential fraud, borders and those crossing them, lines of succession,  ersatz referendums/mobilisations, and hurricanes as visual metaphors.

Teaser time! Check out the official teaser of CXC 2022.

Welcome to CXC: Discover stories, meet creators and be inspired.

Cartoon Crossroads Columbus is proud to present over 50+ hours of creator-driven
programming.
https://t.co/QYu8SIKCF0

• A double bill from the New York Comics & Picture-Story Symposium, as Austin English presented talks from Inés Estrada on the Cartoon Spirituality zine and the ideas contained therein, and from Anke Feuchtenberger on the process-in-progress of Ein Deutsches Tier im Deutschen Wald (A German Animal in a German Forest).

• Brooklyn Book Festival presented a discussion between Kate Beaton and Elizabeth Spiers on Ducks: Two Years in the Oil Sands, and the formative experiences that the memoir covers.

• A series of trips up in the Word Balloon with John Siuntres, as guests included JM DeMatteis discussing the creation of The DeMultiverse, Phil Hester on Gotham City: Year One, Brad Meltzer celebrating the launch of I Am Batman and I Am Superman, and Franco Aureliani on Deadman Tells the Spooky Tales.

• Autumn’s convention season took over Publisher’s Weekly’s More to Come as Kate Fitzsimons, Heidi MacDonald, and Calvin Reid discussed the return of SPX to in-person events, and look ahead to next month’s New York Comic Con.

That’s all for this week, back soon to answer once more the eternal question of what fresh horrors can the next seven days possibly hold? 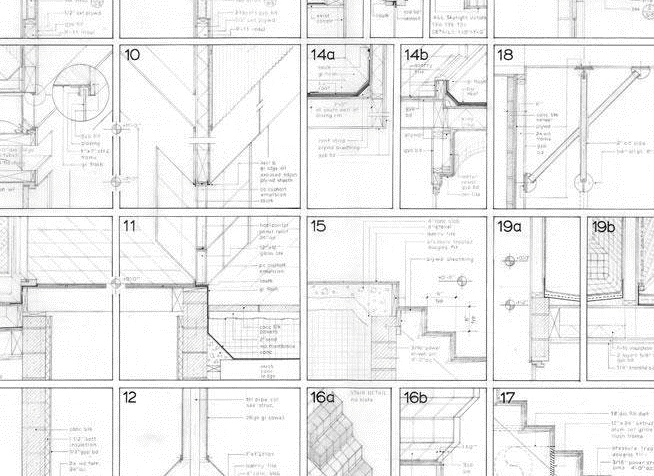 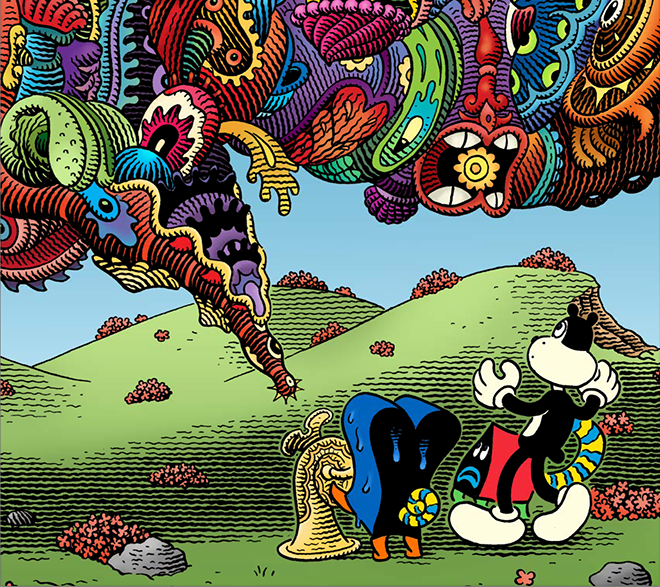