1. After speculating about how Disney is going to respond to working with the anarchic and unprofessional employees of Marvel (i.e. "small talents with big egos"), Jim Shooter posts his contracts from Marvel in 2002 and DC in 2007. (via)

2. The much-missed Jeet Heer emerged briefly from the chaos of new fatherhood and several large projects to e-mail me a link to this appearance from another Journal fan favorite:

3. Are old-fashioned maps (the kind with sea monsters and dragons) comics? Not really, but it may be hard for some to pinpoint exactly why when confronted with a few of the images in this short illustrated history of them.

4. Brian Chippendale takes on the New 52 at DC, reviewing the new Justice League and Animal Man titles, as well as various Marvel, independent, and manga titles.

5. Finally, there's something of a debate going on right now regarding the coherence (or lack of same) of the action scenes in recent blockbuster films. Jim Emerson started it off with this excellent video essay critiquing a chase sequence from The Dark Knight.

In the Cut, Part I: Shots in the Dark (Knight) from Jim Emerson on Vimeo.

A.D. Jameson defends the scene here, claiming that Christopher Nolan and his collaborators are trying a new and visceral approach to cinematic action that doesn't rely on narrative coherence.

All of that is interesting but not obviously related to comics. Except that it reminded me of many of Frank Santoro's arguments over the years (here's one) regarding the disappearance of the "classical" (for lack of a better word) cartooning style that was notable for its clarity, and was once evident in the work of everyone from the masterful Milton Caniff to the perennial critical whipping boy Don Heck. Nowadays, American action comics are almost all just big explosions, pointless decapitations, and impossible-to-parse (or believe) battle royale splash pages. Drawn in "photo-realistic" style, of course, so as to denote seriousness (not unlike how Nolan is supposed to be presenting a new "realism" in superhero films).

I don't have a coherent theory as to why this is so, beyond a general coarsening of the culture. Or at least the culture of this particular kind of action story. The normal thumb-sucking answer is to blame it on video games, but you don't actually see the same incoherence in your typical Xbox boss fight, so I don't think that's it, unless video games have simply spurred filmmakers and cartoonists to desperation due to lost market share. Further investigation is required. 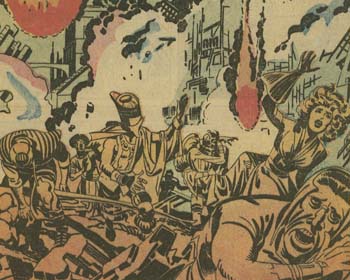 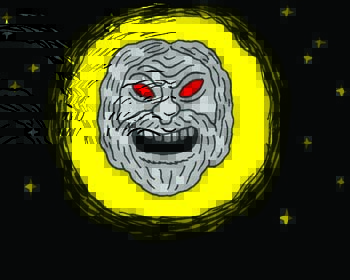