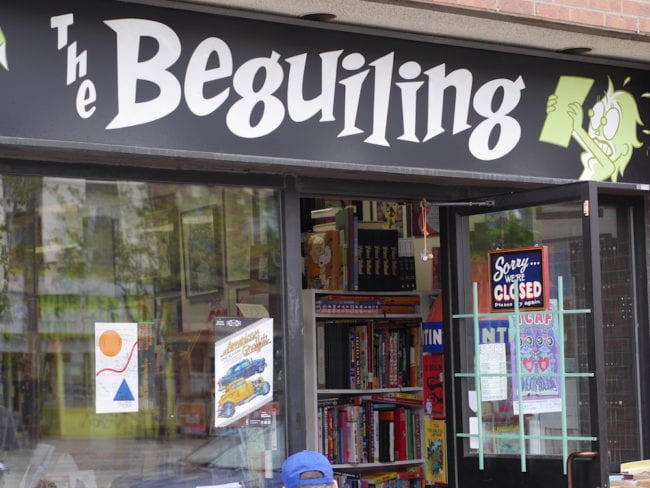 Founded in 1987, The Beguiling has set a new standard in Canada for comics and graphic novel retail. Showcasing the largest selection of alternative, underground and avant-garde graphic story telling in the country, The Beguiling has a worldwide reputation for excellence.

As of January 3rd, 2017, The Beguiling is located at 319 College Street, having been located on Markham Street for nearly 20 years, and Harbord Street before that.  Since moving to College, the store has expanded to be more than double the size of the previous location. Their sister store Little Island Comics, the world’s first comics shop exclusively for younger readers, relocated next door to 323 College Street as of February 2018. (For hours and locations of both stores, check out their website.) We spoke with Peter Birkemoe, who purchased the store in 1998. (Photographs by Paul Tjepkema, 2018) 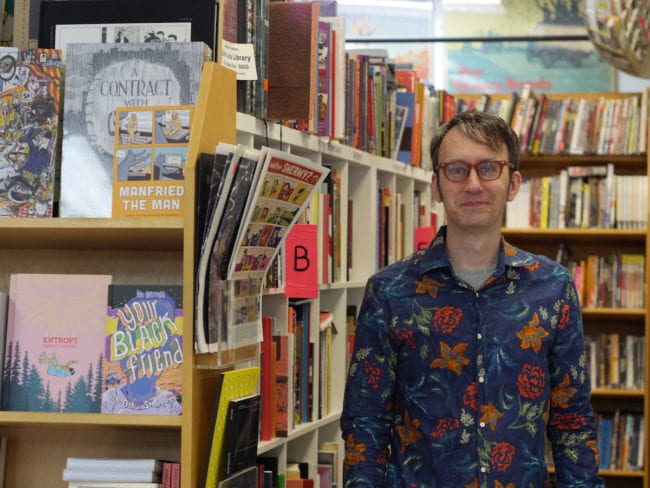 I started as very casual part-time staff in my teens during the mid-Eighties, then skipped several gears to owner when I bought The Beguiling in 1998.

Personally, what’s changed are my expectations as to where the industry would go. I had experienced and hoped for an ever-broadening audience for comics, one that would render the previous collector/nostalgia/fandom model more of a quaint relic of the past and would allow great and interesting work [that] would rise on merit. I imagined an idyllic future where you would be able to say the word ‘comics’ without wondering if the person you were talking to immediately had an image of Spider-man in their mind. Or of a comedian.

That broadening did happen. Comics now means more than superheroes to most people. But what I didn't foresee was the significant growth and sustained appetite for pop culture garbage, or the hold children’s entertainment would have on readers well into adulthood. Even outside what was comics’ little niche. Who knew such huge swath of the public would be ready [to] declare themselves nerds of some stripe or another?!

(Maybe we'll get around the superhero/comics association by the fact that people will soon associate superheroes more with what is clogging up their screens large and small?)

To some extent, even from before I took it over The Beguiling was a full-service comic shop, which means it carried just about everything that was coming out, across categories and genres. The difference comes in our hand-selling, and what we decide to push forward and promote. As long as there’s a customer for a printed object that could in some way be called a comic, we’ll sell just about anything. But the two factors that make us order and/or deeply stock a title are 1) how much the staff and I like and can get behind a creator’s work and 2) works that represent and can reach an audience or express a voice that hasn’t been significantly heard in comics before. 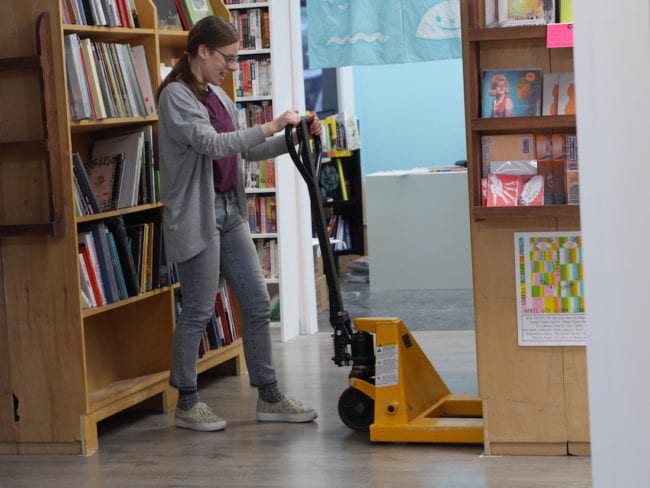 I would say Tom Spurgeon's coverage on the Comics Reporter is the only comics news site I regularly visit directly. Social media occasionally directs me to other things but in general my staff inform me of the things I need to know more quickly than the internet. Which is a pretty good. The staff, many of whom have been here for years, all have their own tastes and know my blind spots. It is nice to get a day-end executive summary of the day's twitter dumpster fire than have to read it yourself.

Roughly two years ago, as our move to our new location was upon us, I started delegating more of the day-to-day ordering and selling, and focused on getting the shop, offices and extensive warehouses physically moved. It was very likely the most stressful thing I've ever had to do (I'm not a parent) and none of it went any of the ways I had originally planned, but in the end, it turned out as well as any of us could have hoped. We landed on our feet and I ended up with a private office for the first time. Which means that now much of my day is spent on email and not getting enough vitamin D.

I have a large and capable staff and there are very few things I couldn’t delegate if I wanted to, so I am able to focus on the parts of each responsibility that I like. I can hand off Diamond’s Previews catalogue, for example, and only get consulted for the 5% of it that isn’t purely based on previous sales. Where I was once the only one here who read French, [now] there are others so I can now just take care of the adult-focused books. I can start building shelves and when I’m tired of breathing sawdust someone else can finish them. I can buy collections but let someone else do the grading. It is sort of ideal. Things have gotten easier. And the day-early delivery means not having to pick up the weekly shipment from a warehouse at an ungodly morning hour to unpack and receive to be ready for opening. I don’t lift nearly as many boxes as I used to!

I was fortunate in buying a comic shop that was already a creative hub. From day one I got to meet and socialize with the creative community whose work I admire. I sponsor community film and book events as well as the Toronto Comic Arts Festival (which I also co-founded), and I think it’s the best comics event in North America. So now I don’t even have to travel to meet the top talents from around the world.

There is often a divide between traditional comics retail and publishing, in part because of the separate nature of the direct market distribution and book publisher distribution systems. I think the best comic book shops are the ones who navigate and have a foot in both. 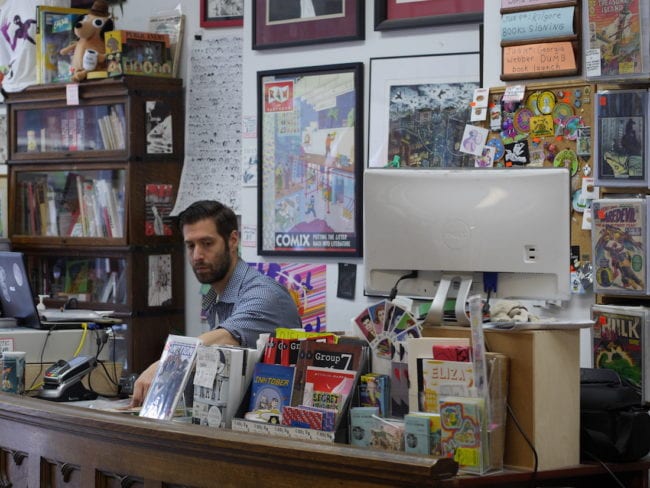 I think at this point, if someone is even a semi-regular customer of a comic shop, they have some idea as to which elements of publishing and distribution are beyond retailer control. It is always fun to see someone discovering the medium for the first time and quickly making their way through a series or an author's oeuvre, only to have to break it to them that now they have to wait for the creator to draw the next book. That is the point then they learn what it is like to be a fan.

We are pretty lucky to have the enthusiastic and informed readers that we do. And because we’ve been around as long as we have -- thirty years and counting -- we've also had time to educate our customers (and now, through Little Island Comics, we’ve moved on to their children). Mostly this involves encouraging them to ask for the titles they’d like to see, and to tell us what they enjoy, and hopefully articulate feedback about why they enjoy it.

This learning is a two-way street, by the way. No week goes by without some book a customer requested, a title that we had not yet heard of, getting ordered in. Usually not just for them, but to become part of our regular stock.

A certain amount of mediocrity is expected and tolerable in any field, and while there are more and more great comics being published every year, the river of shit also seems to be increasing at even greater rate. The staff here have two questions they ask themselves but don’t ask too many times in a day or it gets depressing. The first is, Is this comic I’m holding better than the tree it was made from? Sadly, it rarely is. The other is: Would I rather spend the time it would take to read this, or take a punch to the face? In the case of a 32-page comic, you would almost always chose to read it, but when you unpack something like a Warhammer* novelization you have to think, yeah, I’ll take the punch. [*product carefully chosen as a title we don’t actually stock, so as to offend none of our other valued publishers and authors: You, we love.] 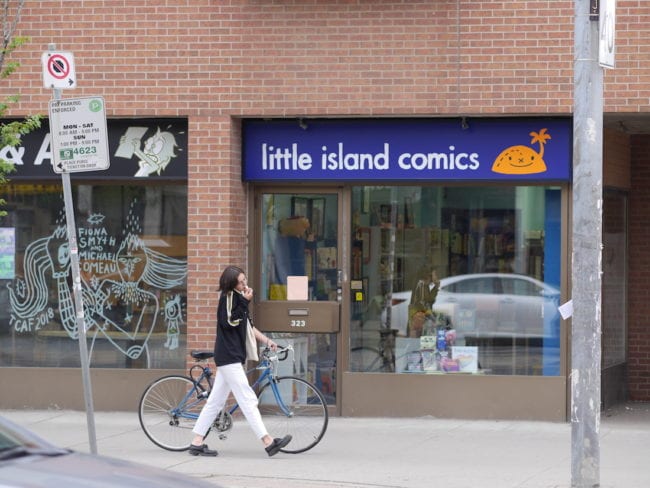 A recent thing that excites me is seeing the general appetite for international comics and creator voices spur the successful translation of books that I wouldn’t have considered viable even a few years ago. Case in point, Red Winter, which arrived in January from Drawn & Quarterly. D&Q’s taste and track record allowed me to order it blind and when it showed up, it was a thrill to discover a cartoonist’s work I’d not heard of and a story setting, type and voice I’ve seen dozens of times in European film, but rarely in comics.

This question is put to me often by the less frequently visiting long time customers. My answer to this is almost always the same. Reading comics as long as I have, anyone doing something new is exciting. For me personally this usually centers on formal or stylistic inventiveness. A recent example would be Tommi Parrish’s The Lie and How We Told It. We had their originals up on the walls for the first art show in our new gallery space (wall space and natural light = additional perks of our expanded new location).

In the store itself, I like to have an events/gallery  space within our walls and two recent events illustrate one of the great pleasures of being in comics retail for the long haul. In April we launched Aaron Costain's ENTROPY and on June 14th we will have an event for Georgia Webber's DUMB. Both are from creators I knew first as customers, then through tentative self publishers to regular zine consignors and now published authors, talking to them all along the way. It is a slow but gratifying process to watch. 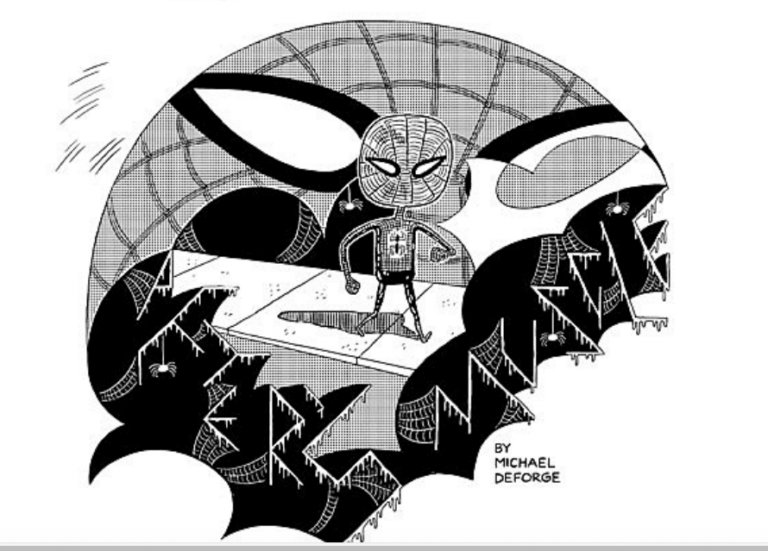 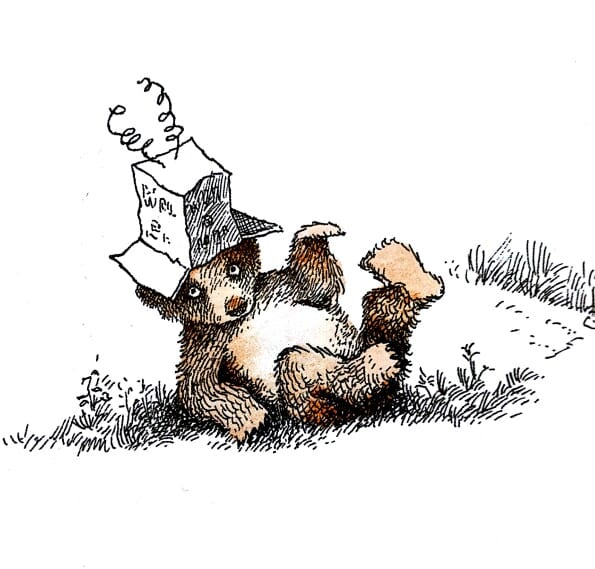