This is going to be a great week here at the Journal, so stay tuned.

First up, we have video from the recent San Diego Comic-Con panel featuring Mario, Gilbert, and Jaime Hernandez, and moderated by our own Kristy Valenti. Watch it!

Also, Brian Ralph has agreed to provide our latest Cartoonist's Diary, and begins relating his experiences at Comic-Con on the airplane.

Frank Santoro uses his recent experience working with Dash Shaw on an animation project to compare comics with film. (Speaking of which, Tom Spurgeon has unearthed the website for Frank's hitherto secret day job.)

Our own article on the recent Jack Kirby legal decision will be published soon. In the meantime, Steve Bissette is worth reading on the subject. He's calling for a boycott of Marvel.

One of the nice things about Tom Spurgeon's return from hiatus is knowing that Sundays are cartoonist-interview-reading time again. This week, he talked to Usagi Yojimbo creator Stan Sakai.

Jeet Heer has posted the preferred & corrected version of his recent essay on Captain America.

Matthias Wivel attended the Eisner show at MoCCA in New York, and has photos.

Not comics: Joe McCulloch and Tucker Stone discuss a book without pictures, David Foster Wallace's posthumous The Pale King. (I still haven't been able to bring myself to read that novel. It's felt too ghoulish. I will get over that, I'm sure, as it's no strongly held principle.) It is also apparently the fifth anniversary of Tucker's site.

Alex Pappademas's recent article in the New York Times Magazine bemoaning the corporatized nature of superhero stories, with their unimaginative rehashings, obligatory (and meaningless) winks to fans, and exploitation of the collector mentality, could have come straight from any comic-book blog of the last ten years. Except it's about superhero movies instead of superhero comics. And it's in the Times. Mo' money, mo' problems, as the redoubtable P. Diddy once so unconvincingly put it.

Speaking of cynical Hollywood cash grabs, Abhay Khosla takes great pleasure in the box office failure of Cowboys & Aliens, which property it is easy to forget began as a transparently movie-minded "comic book." Khosla is glad that the movie based on a real comic, The Smurfs, has come out on top. I'd be more inclined to share his happiness if I hadn't seen the trailer... 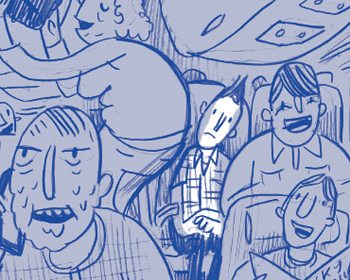 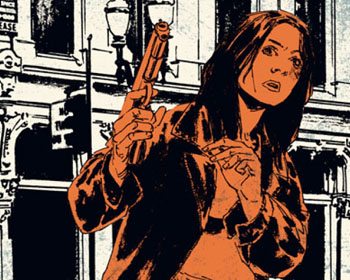