If you don’t read Japanese, or if you haven’t read Japanese-language histories of manga, then you have only an inkling of just how high a pedestal the first two pages of New Treasure Island (Shin takarajima, 1946-47) have been placed upon. It reaches to the stars.

This is in large part due to good publicity. Tezuka’s acolytes, many of whom themselves are demigods in the manga pantheon, have sung paeans to this spread. Frequently reproduced is the scene in Abiko Motō’s autobiographical Manga Road (Manga michi, 1970-72) showing he and Fujimoto Hiroshi (the other half of the Fujiko Fujio duo) when they first read New Treasure Island in 1947 after swiping it from a local shop (translations rough here and throughout).

New Treasure Island . . . the title’s in English!! Too cool! Tezuka Osamushi . . . Osamushi . . . What a strange name . . . The two boys opened the book that they had taken without asking, and received an awesome shock!!

Stunned, eyes riveted, their faces aglow, and beads of cold sweat trickling down their brows, you would think they had witnessed a nuclear bomb test. Abiko subsequently explains that his and Fujimoto’s first step as cartoonists entailed copying the entire book, all one-hundred-and-ninety pages of it.

In the prose version of Abiko’s autobiography (1975-76), the event was recounted like this.

I will never forget when I first saw the book New Treasure Island when I was a second year middle school student in 1947. . . Looking back at it now, I can see that my destiny was decided by picking up this book.

When I opened to the main text, the shock was so great that I almost blacked out. At the top of the right page of the spread, there was the small title “To the Sea of Adventures,” and beneath it a boy in a cap driving a sports car from right to left. . . . I had never seen such a manga. Two pages with nothing but driving. What was so exciting about it? I felt this biological pleasure as if it was myself in that car speeding toward the wharf. . . . This was of course just cartoons printed and fixed on paper, but still the car was going at such speed. It was like watching a movie!

That’s right, this is a movie. It is a movie drawn on paper. No! Wait a minute. It’s not a movie after all. Then, what is it!?

Abiko was not the first to propound the greatness of New Treasure Island. Ishinomori Shōtarō, his colleague in the legendary Tokiwasō group, also wrote of the manga in his best-selling How to Become a Manga Artist (Shōnen no tame no mangaka nyūmon) of 1965.

Just after the war, to think of it, there was nothing but akahon books with poor quality paper and poor quality printing. Even so my heart would flutter as I read them on my walk home from school and beneath the futon covers at home. . . .

It was just then that Tezuka Osamu published New Treasure Island in Osaka.

It was so fresh it took your breath away. I became a fan at once, and began hunting around for nothing but Tezuka manga.

To think of it, it was my encounter with New Treasure Island that led to me becoming a manga artist.

There are similar anecdotes besides from other famous artists, writers, and critics. Many of them pin the image’s novelty and impact on its opening scene’s “cinematic” qualities. As a result, the one-hundred-and-ninety-one-page manga is basically known as its first two pages.

Other features of Tezuka’s work – characterization, tragedy, science fiction fantasy, narrative scale and complexity, elastic animation of action – had a much greater impact on postwar manga as a whole. Even within Occupation-era akahon, while there are legions of jungle and island adventures made under the influence of New Treasure Island, many of which lift whole scenes from Tezuka and Shichima, Pete’s driving does not seem to have been regarded as singularly captivating. (For one sample, see here.) Though I haven’t done a count, from browsing hundreds of akahon in the Gordon W. Prange Collection at the University of Maryland, the struggle on deck in the storm, the castaway raft sequence, Bowarl’s battle with the shark, and Tarzan’s rescue of Pete and his dog from the waterfall appear to have been copied about as often.

Nonetheless it is these first pages of New Treasure Island that have been ensconced as the most important, the most revolutionary. This has had the unfortunate effect of narrowing analysis of an undoubtedly galvanizing manga almost entirely toward discussion of its “cinematic” effects, a tendency which reflects the rise of gekiga in the 60s as much as the actual shape of Tezuka’s influence. Still, given these pages’ fame, it is worth asking again . . .

Where did they come from? 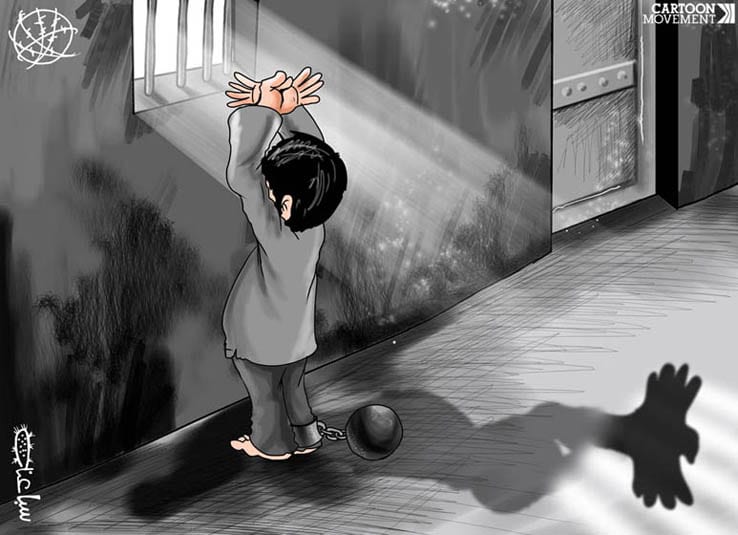 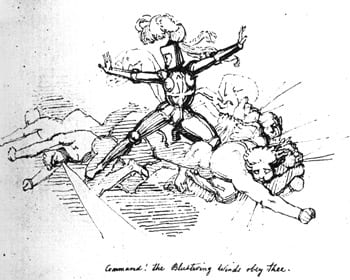