Most of the east coast comics world is descending on Bethesda, Maryland today for SPX. Here on the internet, we have two new reviews by two new contributors. Jason Overby writes about a comic debuting at SPX, Maggie Umber's Time Capsule.

Unlike traditional comics, Maggie Umber’s Time Capsule isn’t engaged with constructing a narrative. Umber is observing the natural world (flora, fauna) and building internal connections, but she isn’t creating her own world or forming a story. There’s a homemade quality to the drawings that makes them feel like they are about the process of putting pen to paper. These are human drawings, not perfectly crafted objects.

I like the theory that our brains are restrictors of sensory inputs from the world. Comics, to me, have always seemed about classification and organization of data. Time Capsule both embraces and evades this idea. There is the process of collection of visual information and an organization of it, but it is not working toward a sort of plastic linearity. Time is all at once and everywhere.

And then RJ Casey joins us with a review of a paperback crime comics collection from Dark Horse, Joëlle Jones and Jamie S. Rich's Lady Killer.

I can just see the pitch meeting now. "You know all those hot-button articles posing the question 'Can Women Have It All?' They always ask, 'Should ladies have to choose a life devoted to their family or their job?' Well, what if their job was being a hired killer?"

Dark Horse gave the nod and here we are, with one volume collecting the first five issues of Lady Killer. It's not a good book, but the problem is that it’s not bad enough to be tossed aside as schlock either.

The first issue begins with Josie Schuller, green-eyed and sharply dressed, posing as an Avon lady at the door. We very soon find out that Josie peddles death along with makeup and her assigned hit, Doris, has let her inside the house. Doris's real name is Ms. Romanov (because of course it is), and it’s not long before she takes a butcher knife to the clavicle for … well, we never really find out, but mission accomplished I guess. Josie returns to her nice home, where she lives with her working-class husband, two daughters, and a nosy mother-in-law. Joëlle Jones and Jamie S. Rich, the writers of this comic, really want to push their protagonists double life to the forefront. Can this manicured assassin put out hits during the day and be home in time to put out casseroles? It’s not altogether a poor concept, especially in the early format in which Josie gets a new assignment each issue. However, the execution (pun intended!) is lacking.

—The next season of Koyama Press looks pretty impressive.

—R. Sikoryak is posting his latest, strangest comics adaptation yet. 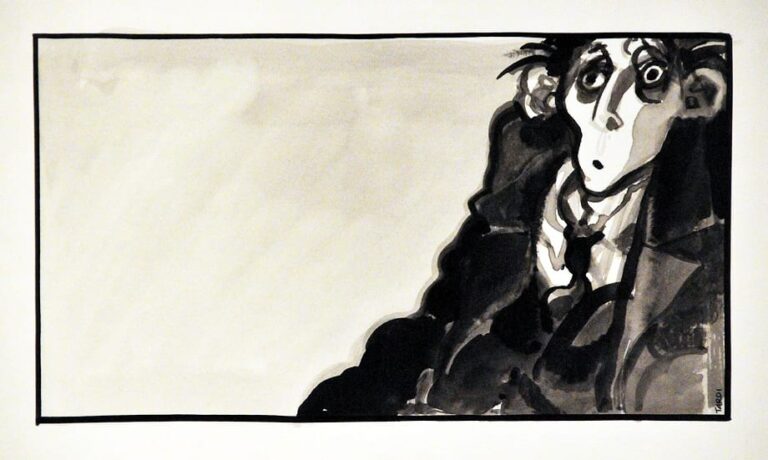 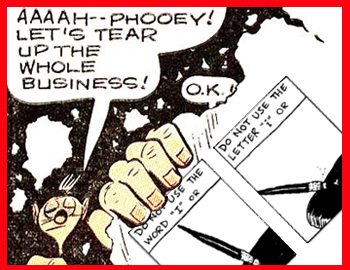 Pushing the Limits: Comics and Creators That Stretch the Form