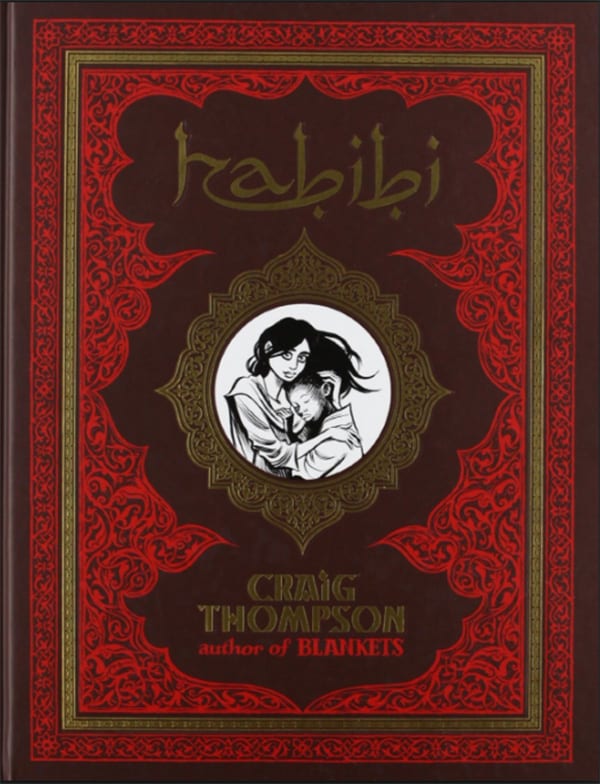 Welcome back to the TCJ Talkies podcast. Longtime TCJ.com readers may remember this show from two years ago, when I was conducting it as a creator-interview kind of thing (like Inkstuds or Tell Me Something I Don't Know or a number of other comics-based podcasts). I'm bringing the show back, but I'm shifting its focus considerably. The new Talkies is going to be me and one (or two, or more!) other cartoonist discussing works by other people. Like, a Book Club.

I was pleased to welcome Tom Hart onto the show for my inaugural episode, to discuss Craig Thompson's Habibi. I'd read Habibi a few years ago (in preparation to interview him on this show), but hadn't looked at it since then. My memory of it was that while the subject matter was dark, there was something about Thompson's artwork that made it still feel light-hearted.

I don't know where I came up with that impression, because that wasn't my takeaway from the book the second time around. The book now feels dark dark dark. Early on in my conversation with Tom, I wonder how many of the many people who bought this book were able to make it all the way to the end. It's relentlessly bleak, not to mention pretty heady. I don't mean that as a criticism of the book; I think it's a challenge to read, but it's a rewarding one. My hope would be that all of the folks who bought a copy would make it to the last page, because I think the payoff is pretty immense. 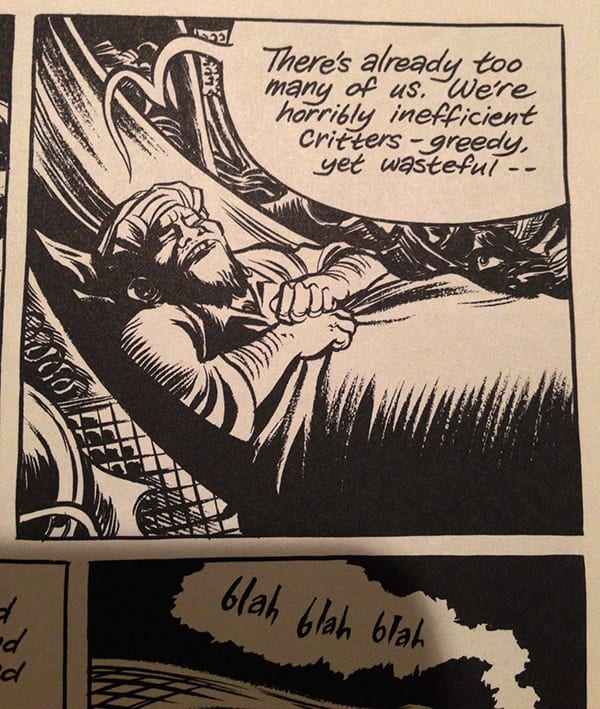 Tom Hart is a cartoonist and the Executive Director of The Sequential Artists Workshop, a school and arts organization in Gainesville, Florida. He is the creator of the Hutch Owen series of graphic novels and books, and has been nominated for all the major industry awards. 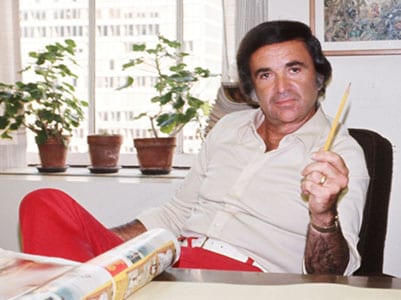